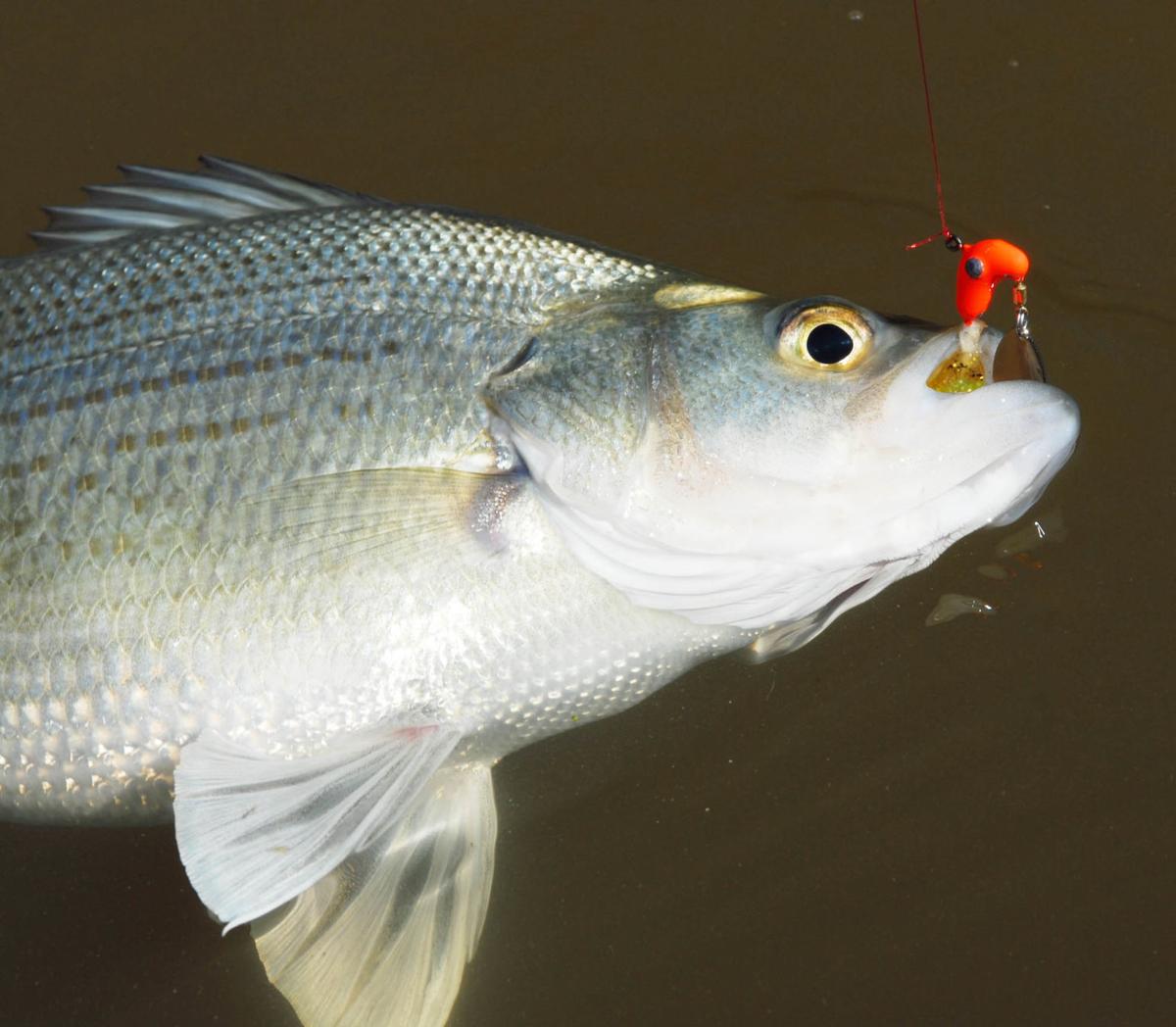 The Blakemore Roadrunner is staple in white bass fishing arenas. 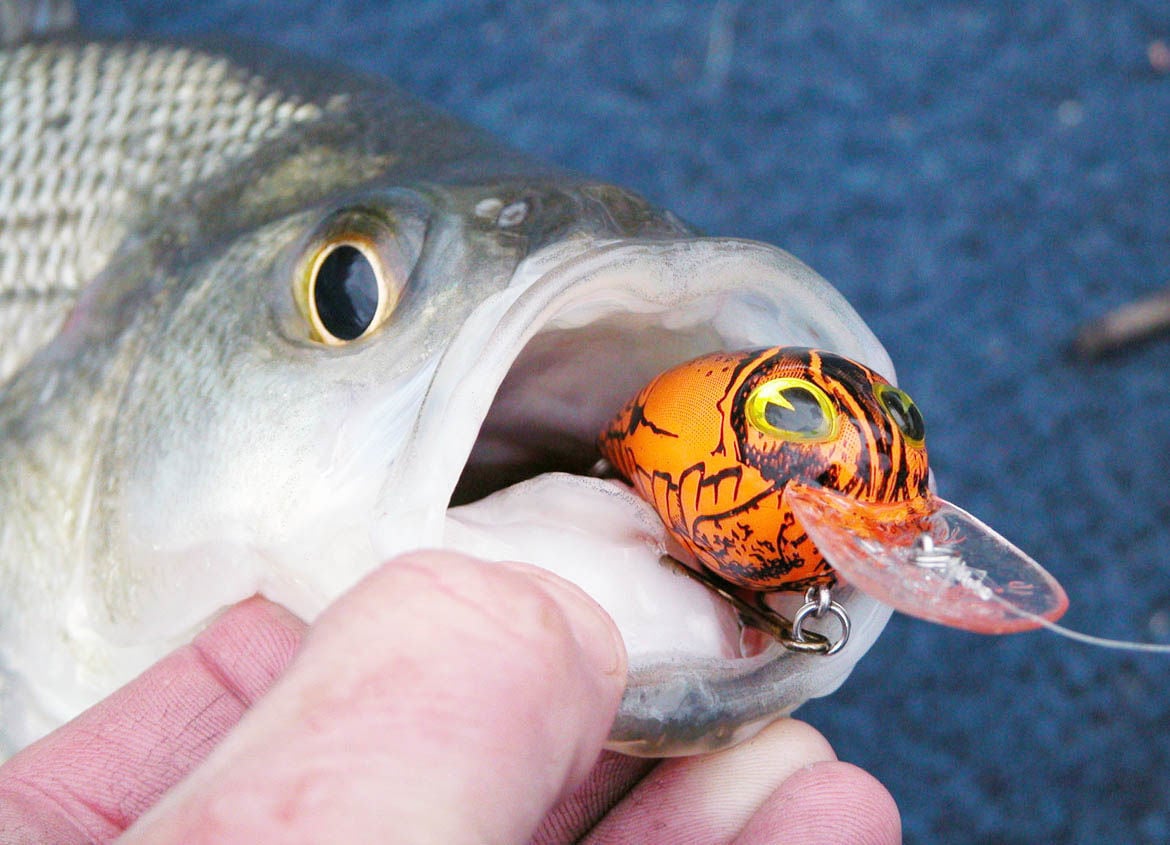 A crawfish pattern crankbait is another good choice, especially when the fish are hanging deeper in the water column before actual spawning kicks off. 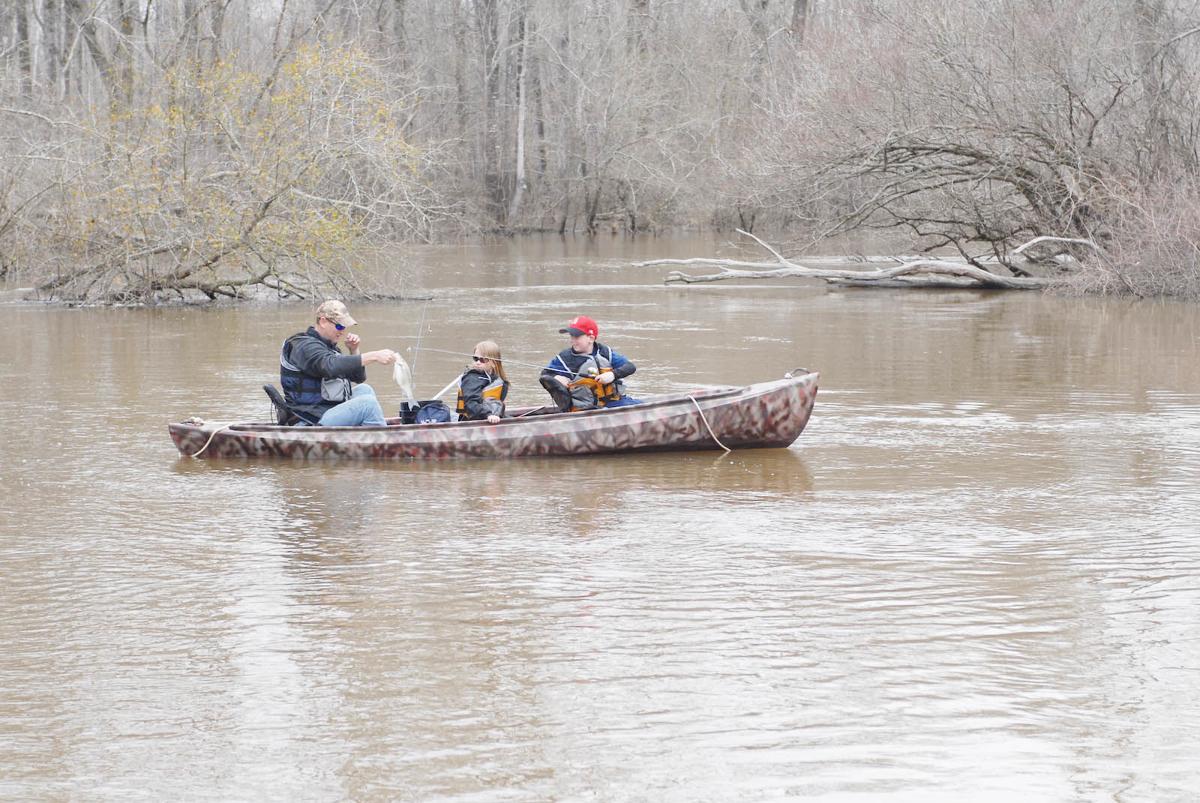 The white bass spawning run is a hallowed affair that can be enjoyed by anglers of all ages, often regardless of skill level. Conditions are always best for a favorable run when water temperatures nudge the mid-50s and rivers are flowing to create some current, but not so much that the water breaches the banks and allows the fish to scatter into adjacent woods. 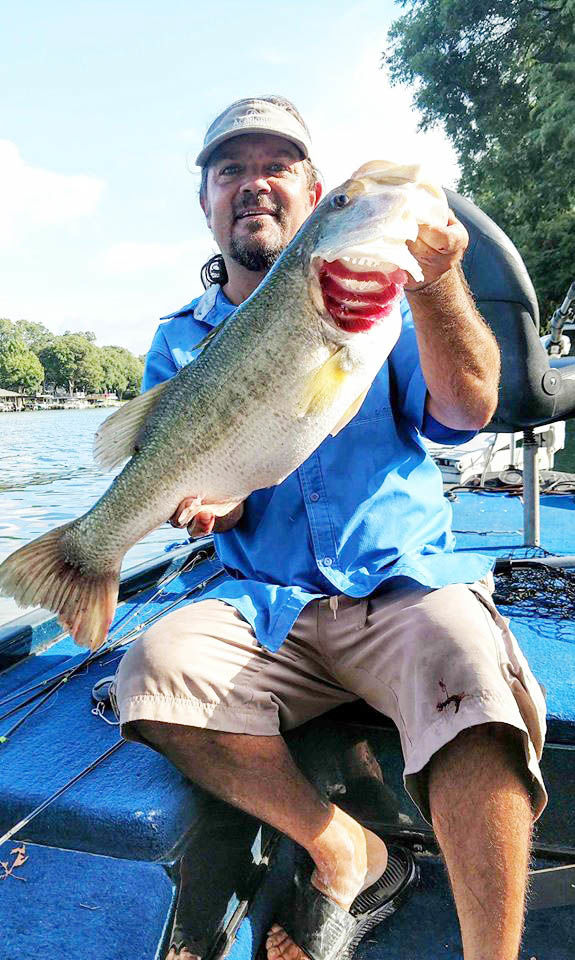 Ryan Waguespack of McQueeney was recently selected as the 2019 winner of a $5,000 shopping spree to Bass Pro Shops. Waguespack was chosen in a random drawing from 327 anglers who entered fish in the Toyota ShareLunker program last season. A new season got underway Jan. 1.

The Blakemore Roadrunner is staple in white bass fishing arenas.

A crawfish pattern crankbait is another good choice, especially when the fish are hanging deeper in the water column before actual spawning kicks off.

The white bass spawning run is a hallowed affair that can be enjoyed by anglers of all ages, often regardless of skill level. Conditions are always best for a favorable run when water temperatures nudge the mid-50s and rivers are flowing to create some current, but not so much that the water breaches the banks and allows the fish to scatter into adjacent woods.

Ryan Waguespack of McQueeney was recently selected as the 2019 winner of a $5,000 shopping spree to Bass Pro Shops. Waguespack was chosen in a random drawing from 327 anglers who entered fish in the Toyota ShareLunker program last season. A new season got underway Jan. 1.

It’s just about game time on select river systems across Texas, and things are setting up for some serious fishing fun over the next few months. If this year is like most, opening kickoff on some playing fields could come as late as Valentine’s Day or as early as Super Bowl Sunday, possibly a little sooner depending on the venue and whether or not Mother Nature has any trick plays up her sleeve.

The game in question is the white bass spawning run — an annual event that rolls around each winter and early spring on major rivers and other waterways that feed large reservoirs with abundant populations of the prolific sport fish.

It’s a hallowed affair that signals the beginning of another fishing season and a great opportunity for thousands of recreational anglers to enjoy some of the fastest action of the year.

White bass, also called sandies or sand bass, are among the first freshwater fish to feel the itch to spawn. The urge spurs armies of the silver-sided fish to stampede upstream from major impoundments, against the current, often in giant schools that may number into the thousands.

It is not uncommon for fish to travel 20-40 miles when the right conditions are present on large river systems like the Sabine and Trinity in eastern Texas.

The males are always the first to make the move, followed by larger females. The fish prefer to gather around deep holes, still-water eddies, channel bends, sandbars or in the mouths of creek channels and sloughs, where they await Mother Nature’s final cue to perpetuate the species. Whites usually gravitate to shallower areas with sand or gravel bottoms in 2-8 feet of water to spawn.

Here is what happens:

When the timing is right, females randomly spew clouds of eggs from their swollen ovaries into the water column. A two-pounder may produce as many as 900,000 eggs.

The guys follow close behind. Several males may fertilize the eggs before they settle to bottom and stick to rocks, logs and other underwater objects.

The eggs usually harden and hatch within 2-3 days and the newly hatched fry gradually make their way back to the reservoir from which their parents came.

A portion of the offspring will eventually grow to maturity, continue the spawning cycle and become the next generation of white bass for anglers to catch.

Fisheries scientists believe the spawning run is triggered by a combination of factors. Water temperature, photoperiod (the length of days and nights) and river flow are among the big three.

River flow is an especially important piece to the puzzle. Spawning runs are always the most pronounced in years when good river flows coincide with water temperatures in the mid-to-upper 50s. Biologists say the fish may spawn on shallow, wind-swept points on the main lake during years with slack current.

The timing of the spawning run is a regional thing that can vary from one waterway to the next.

In southern Texas, where water temperatures warm earlier in the year, it is not uncommon for white bass to begin finning their way up the Nueces and Frio rivers in January, provided water flows are sufficient. Similar windows may open in select creeks that feed Lake Texana.

In Central and North Texas, the Colorado, Guadalupe, Brazos and Trinity River drainages see significant spawning runs, usually getting underway in February or March and sometimes lasting into April.

One thing that sets East Texas rivers aside from others is the size of the size of the fish. A 1 1/2 pounder is a big sand bass on many Texas rivers, but closer to average in nutrient-rich waters like the Sabine, Trinity and Angelina. Females weighing around 2 pounds are the norm on those waters; fish weighing upwards of 3 pounds are not uncommon.

Early reports across eastern Texas have been spotty at best thus far, but things could change rapidly as days pass and conditions continue to improve.

The Sabine and Neches watersheds recently got some badly needed rain to spur some current and raise water levels. Meanwhile, the Angelina and Trinity are in good shape and awaiting Mother Nature’s call to flip the switch that sends bevies of fish parading upstream from Sam Rayburn and Livingston reservoirs.

River fishing can be outstanding when the spawning run is going full bore. The bite is usually best when the current is slow and steady, clarity is good and the water level is fairly close to normal. Normal water levels keep the fish confined to channels so they are easier to find.

Flood conditions mean just the opposite. When rivers breach their banks the fish scatter and are more difficult to find. During periods of high and muddy water, sandies will may seek out clearer, less turbulent areas found in creeks and sloughs adjacent to the main channel.

With swarms of hungry, aggressive fish stacked in small areas, the fishing can be fast and furious at times for those who locate the sweet spots. In fact, it’s not uncommon for multiple anglers to reel in 25 fish limits in as many casts from spots no larger than a pick-up bed.

It typically doesn’t take much skill to score, and you may not need a boat to catch fish provided bank access is sufficient for firing baits to productive waters.

Baits for the Fun of It

A long-time staple is 1/4 ounce Blakemore Roadrunner, red/white or red/chartreuse. They also like small crankbaits or live bait including minnows or crayfish.

Another reason white bass get such high billing during spring is because they are so much fun to catch. The fish aren’t that big, but they are strong fighters on tackle that doesn’t overpower them.

Just about any lightweight rod and reel combo will work. A good quality spinning or spin cast outfit matched with light line doubles the pleasure.

I prefer fishing the Roadrunner in combination with 10-pound test braided line. The small diameter braid behaves much better than monofilament or fluorocarbon when coming off the reel spool. Plus, it is super tough and provides excellent castability for getting at those thick-shouldered titans that fishing crowds love to catch so much.

The annual spawning run isn’t happening just yet, but it won’t be long. Often times, some of the best action occurs before word of the main event leaks to the streets.

Waguespeck was among the 327 anglers who entered fish over eight pounds the state-run big bass program last year. He caught the fish from his hometown lake last August.