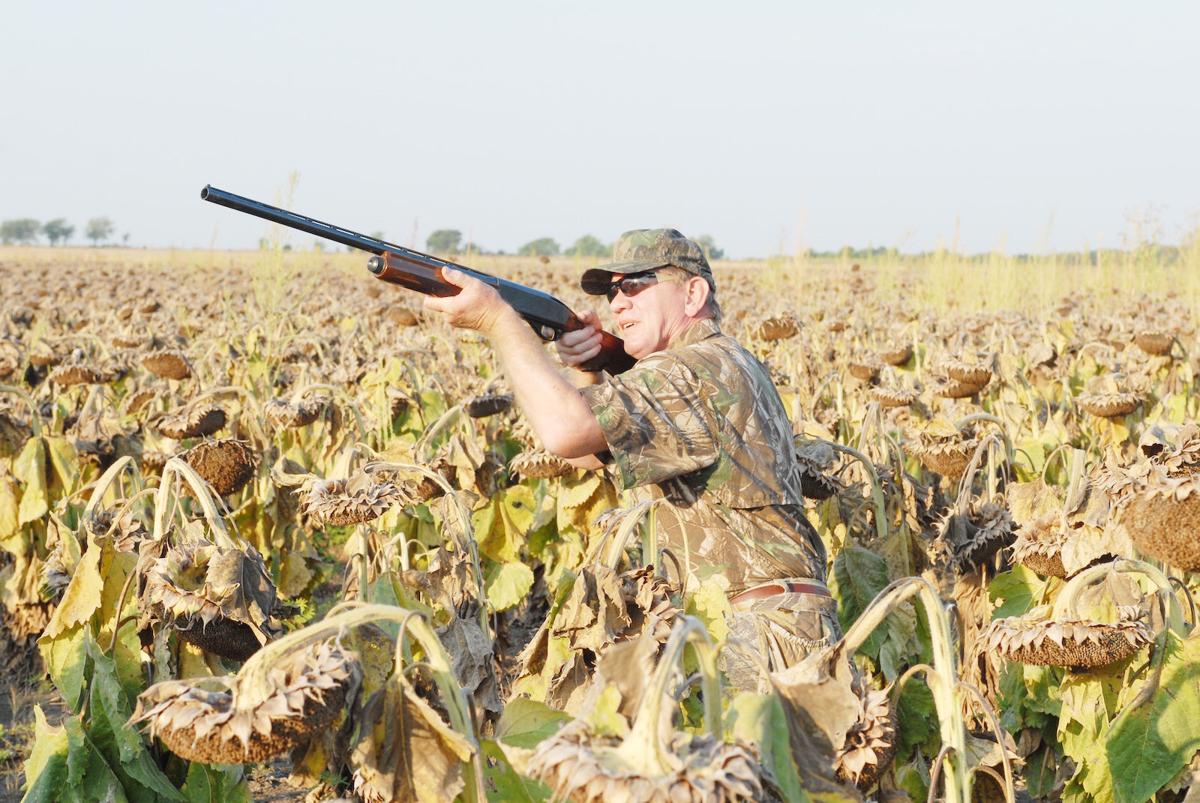 TPWD’s Private Lands Dove category continues to remain popular with Texas wingshooters. There will be 170 permits up for grabs this fall for a series of premium hunts offered by six professional outfitters. 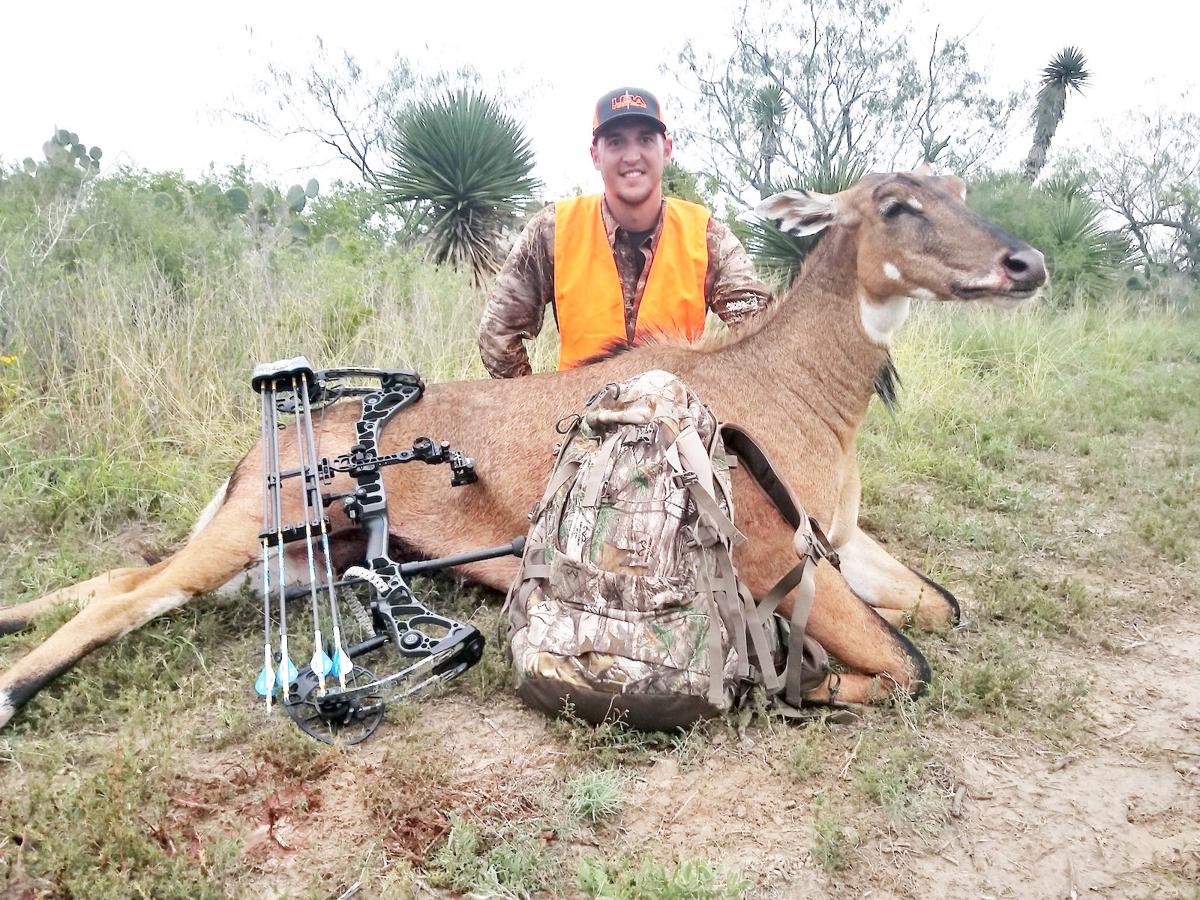 TPWD’s Private Lands Dove category continues to remain popular with Texas wingshooters. There will be 170 permits up for grabs this fall for a series of premium hunts offered by six professional outfitters.

The Texas summer is still young, but fall hunting seasons will be here before you know it. Time for all public lands hunting junkies out there to head to the drawing board.

Earlier this week, the Texas Parks and Wildlife Department began accepting applications for thousands of available permits for a wide range of hunts included in the popular drawn hunts segment of its public hunting program.

The program is an exceptional value, especially for hunters on a tight budget or those looking see new country or try something different. That’s because it gives selected applicants the opportunity to enjoy high quality hunting experiences on premium properties that see limited hunting pressure without investing much money.

Application fees for most of the multi-day hunts range from $3-$10. Successful applicants are usually required to pay a hunt fee of $80-$130, but some hunts, including Youth-Only hunts, require no application fees or hunt fees.

“Our drawn hunt system is definitely a great deal,” says Justin Dreibelbis, TPWD program director for private lands and public hunting. “At only $3 per application for most hunts, it is the cheapest big game public hunting draw in the country as far as I know. For some of the more rare guided hunts like desert bighorn on one of our Trans-Pecos WMAs, or exotics on Mason Mountain WMA, the $10 application is drastically cheaper than most western states.”

A highly-prized bighorn sheep hunt in far West Texas will likely be up for grabs as well, pending August population surveys. Sold in auction settings, bighorn sheep permits have been known to fetch upwards of $100,000 or more.

The draw hunts are held on state wildlife management areas, state parks, federal wildlife refuges, U.S. Forest Service properties and select private tracts located throughout the state. While many of the hunts allow for the use of firearms, others are designated as “Archery Only.” There also are several hunts open only to youth hunters with a supervising adult.

In addition to Special Permit hunts, hunters have the options of applying for numerous E-Postcard hunts, U.S. Forest Service antlerless deer permits and several hunts that will be held on a half dozen national wildlife refuges.

E-Postcard and USFS antlerless permits are unique from other public draw hunts. There is no application fee or hunt fee. However, hunters 17 and older are required to have a current Annual Public Hunting Permit.

The 2019-20 APH goes on sale along with new hunting licenses in mid-August. The cost is $48. The special permit provides access to hundreds of thousands of additional acreage enrolled in TPWD’s public hunting program.

The drawn hunts are open to resident and non-resident hunters who meet application deadlines. Some of the deadlines roll around in early to mid-August.

The only exception is Youth Only hunts. Beginning last year, TPWD put a limit of three applications per category on Youth Hunts. Dreibelbis said the change was made to increase the chances of more Texas youth hunters being drawn for a hunt each year.

“Our first year of data strongly suggests that the move worked and we will be leaving this limit in place for the 2019-2020 season,” he said.

As many as four hunters may be included on the same application for many of the hunt categories. If an application is drawn, everyone in the group gets to hunt, provided they pay the permit fee.

The selections are made by random computer draws. Draws usually take place the first business day after the application deadline. Only drawn applicants are notified by e-mail.

All applications must be submitted electronically via TPWD’s public hunts link at tpwd.texas.gov/huntwild/hunt/public/public_hunt_drawing/hunt-categories.phtml. Applications and fees are no longer accepted by mail.

The easy-to-navigate public hunting website contains a wealth of pertinent information about application deadlines, permit numbers, hunting methods, bag limits and previous success rates. There also is a downloadable brochure for each hunting area that lists a map, total acreage, a description of the terrain, check-in times, special restrictions, all legal game and baiting rules, etc… The website also provides links to check application status and a list of answers to frequently asked questions.

TPWD has 9,177 hunting permits available to pass out through its drawn hunt program this year, including 5,260 permits for use on state owned/managed properties, 1,370 USFS antlerless permits and 2,547 permits designated for national wildlife refuge hunts, according to Dreibelbis.

The total number of permits available this year is down from 9,984 permits offered last year, largely because the number of USFS doe permits was reduced by 1,100 permits. Dreibelbis said the reduction was based on hunter harvest and observation data in order to improve herd sex ratios and to improve hunter experiences in the field.

The total also includes an increase of 20 permits for use on TPWD properties and 353 additional national wildlife refuge permits. Dreibelbis said the NWG permit increase is attributed mainly to the recent addition of the Trinity River National Wildlife Refuge near Liberty to TPWD’s drawn hunts program.

“This includes muzzleloader and small game categories,” Dreibelbis said. “Waterfowl drawings be conducted through the refuge.”

The popular private lands dove hunts category will continue this fall with 170 permits being offered by six professional outfitters in Atascosa, Ellis, Frio, Medina, Uvalde, Young and Wharton counties. A $10 application fee is required of each hunter on the application, but selected hunters are not required to pay any additional hunt fees.

“The private lands dove hunts are definitely popular with our hunters,” Dreibelbis said. “People like the idea of being able to go dove hunting on a premium area for $10. I can’t blame them, either.”

Program participation has always been fairly brisk, but the popularity has spiked since 2014.

That’s the year TPWD did away with its antiquated mail-in application system, ceased publication of a chubby public hunting lands booklet and stepped into the digital age.

Dreibelbis says the drawn hunt program received about 50,000 applications the final year of paper applications. Participation nearly doubled to 99,052 the first year the program went online. The number of applications exploded last year to more than 162,000.

While more quality hunts to choose from and more available permits have certainly made the program more attractive, Dreibelbis believes one of the main factors to credit for the surge in applications was the 2015 decision to allow hunters to apply for more than one hunt in the same category.

“This change was made in response to survey data where the overwhelming majority of our public hunters were telling us they wanted this functionality,” he said. “Five years later, our survey data suggests that the vast majority of our drawn hunters are still happy with the ability to apply for more than one hunt in a category.”

Participation has never been better, either — a good sign all is well in the world of Texas’ public hunting.

Toyota ShareLunker recently wrapped the spawning phase of the 2019 season with three of the five donated Legacy Lunkers achieving successful spawns. The selective breeding effort resulted in 92,000 offspring for stocking in Texas lakes.

TPWD says more than 55,000 of the fingerlings were stocked back into donor lakes including Lake Fork, Marine Creek, Conroe and Leon. TPWD retained 30,000 pure Florida fingerlings from Zach Sypert’s 14.57 pounder from Marine Creek and Brad Scott’s Lake Leon 13 pounder for use in rebuilding its Florida bass hatchery broodstock with ShareLunker offspring.

The hatchery also retained several thousand fingerlings from the Lake Leon bass for stocking Bois d’Arc Lake, a 16,600-acre reservoir currently under construction in Fannin County near Bonham. The fish will be grown to six inches before stocking.

Three of the Legacy Lunkers were returned to the lakes that produce them — Fork, Conroe and Marine Creek. The other two fish, including the Lake Leon bass and a fish caught from a TPWD private research lake near Fairfield, were donated to the TFFC for aquarium display.

“We are extremely pleased with the number of ShareLunker offspring produced this year, and we couldn’t have done it without the anglers who generously loaned us their 13 pound and larger bass for our selective-breeding program,” said Kyle Brookshear, Toyota ShareLunker Program Coordinator. “This generosity doesn’t just increase the lunker potential of the lakes where those fish were caught, it also helps us in our effort to convert our entire hatchery broodstock to ShareLunker offspring, which will benefit every lake in Texas.”

The anglers earned a berth to the upcoming Carhartt Bassmaster College Series National Championship set for Aug. 1-3 on Lake Chickamauga in Tennessee. The championship will feature more than 100 of the top college teams from across the country.

According to reports on the Texas Game Warden Facebook page, a Seminole man was recently convicted of killing a Yoakum County mule deer buck without landowner consent in Nov. 2018. The non-typical buck scored 209, according to the Boone and Crockett scoring system.

The felony conviction resulted in a $4,300 fine, $11,048 in civil restitution, $329 in court costs, forfeiture of the 9mm pistol used in the crime, and license revocation of three years.