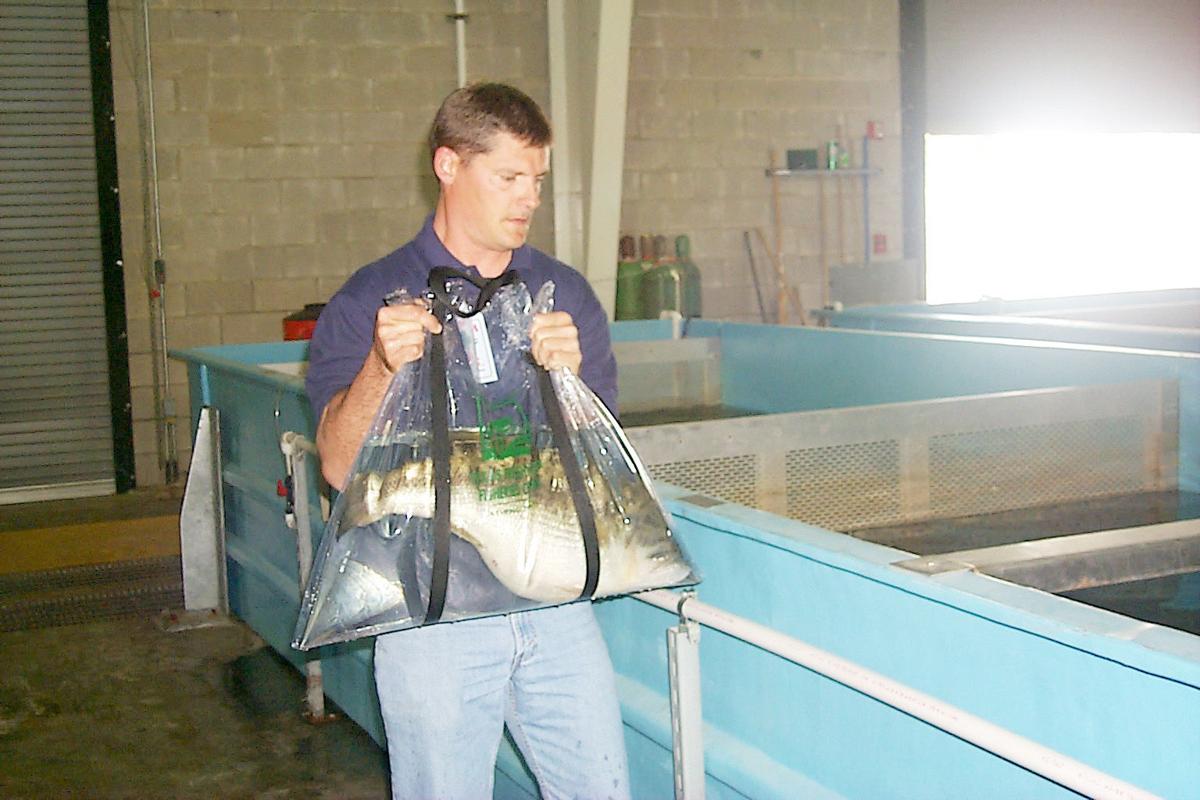 TFFC hatchery manager Tony Owens has spent of most of his TPWD career acting as a caretaker to Toyota ShareLunkers. 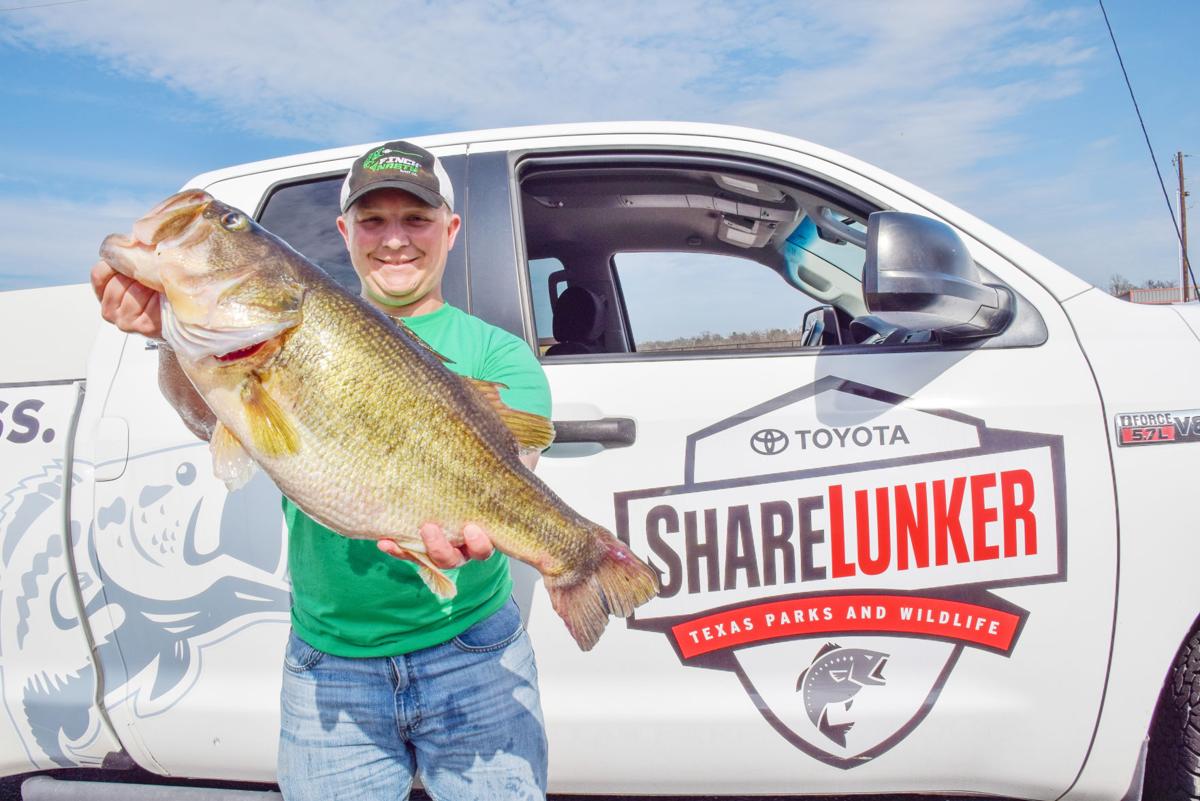 The Toyota ShareLunker program launched its 34th season on Jan. 1. Anglers who catch fish weighing upwards of 13 pounds between now and March 31 can loan the fish to the state for selective breeding.

TFFC hatchery manager Tony Owens has spent of most of his TPWD career acting as a caretaker to Toyota ShareLunkers.

The Toyota ShareLunker program launched its 34th season on Jan. 1. Anglers who catch fish weighing upwards of 13 pounds between now and March 31 can loan the fish to the state for selective breeding.

The lunker bunkers at the Texas Freshwater Fisheries Center opened for business on Jan. 1. Not surprisingly, Tony Owens and his crew are anxiously awaiting their first finny customer of 2020.

The TFFC is headquarters of the Texas Parks and Wildlife Department’s Toyota ShareLunker program. Currently in its 34th season, ShareLunker is a spawning and genetics research campaign aimed at producing bigger and better bass for Texas anglers to catch.

The popular program has undergone a slew of changes in recent times meant to boost participation and heighten knowledge about big bass distribution across the state.

Perhaps the most significant change came in 2018. That’s when TPWD launched a year-round format that offers prize incentives to anglers who catch big bass weighing upwards of eight pounds and electronically enter their fish in one of several categories.

Entries must be accompanied by photos of the fish being weighed on a digital scale and measured on a rigid measuring board. Fish caught during a tournament must be supported by a weigh-in slip or website links for documentation, if photos are not available.

Among the incentives offered to entice entries are chances to win $5,000 shopping sprees to Bass Pro Shops, ShareLunker branded merchandise, fishing tackle packages, etc. You can learn more at texassharelunker.com.

The expanded format has been pretty well received. The program has received close to 1,000 entries in the four weight divisions over the last two seasons.

One facet of ShareLunker that remains unchanged, however, is the lofty benchmark on which the program was founded in 1986. Though smaller fish may qualify for other categories, bass weighing 13 pounds or more caught between Jan. 1 and March 31 are the only ones eligible for entry in the Lunker Legacy Class category.

Legacy ShareLunkers are the heart and soul of the program. The fish are special because they are put on loan to the state for use in the department’s selective breeding program.

The giant bass, which are always females, undergo genetics testing before they paired for spawning with male bass bred from former ShareLunkers. Those with pure Florida DNA are believed to be genetically superior to crossbreeds.

A portion of the offspring from pure Florida females are retained for use in the state’s Florida bass hatchery program — another new twist to the restructured format. TPWD’s goal is to one day assemble an entire army of brood fish that are descendants of bass weighing 13-pounds-plus.

Dog, horse and cattle breeders have had success following similar steps to improve the chance of producing champions. Time will tell how well the theory applies with fish.

Regardless, donating a Legacy Lunker is an exciting process that always begins with a phone call to ShareLunker point man Kyle Brookshear on the program’s 24/7 hotline, (903) 681-0550.

Brookshear races to the scene in a TPWD hatchery truck decked out with a slick ShareLunker motif. The wrap is accented by the program motto “Bigger Better Bass.”

It’s Brookshear’s job to evaluate the health of the fish, complete the necessary paperwork and take a quick photograph of the angler with their prize catch for distribution on various news and social media outlets before transporting the big bass back to the TFFC.

That’s where Tony Owens takes over.

Owens, 58, is a veteran fisheries biologist with ShareLunker roots dating back to 1989, when he began work at the now defunct Tyler Fish Hatchery.

Owens, who promoted to hatchery manager at the TFFC in 2015, worked alongside the late David Campbell until the longtime program coordinator retired in 2012.

The scientist has spent much of his career working as a caregiver to world class bass, some with health issues that many anglers have never witnessed or may not even know to exist.

“I was there back in the program’s hey days,” Owens recalled. “I can remember times back in the 1990s when Lake Fork was kicking out big fish left and right. There were times when we might pick up 5-6 fish in a weekend from several different lakes. It got pretty wild at times. You just never knew what was going to happen and when.”

One of Owens’ favorite ShareLunker memories dates back to Feb. 1990, when Dallas crappie fisherman Jesse Runnels caught an enormous bass while fishing from the public fishing pier at the Lake Bob Sandlin Recreation Area. Runnels' bass, a 14.31 pounder, still ranks as the lake record largemouth for Bob Sandlin.

There is some good humor in Runnels' story.

Runnels, who was fishing with his wife at time, reportedly placed the big bass in a five-gallon bucket along with the rest of the fish he had caught that day.

Curious to learn what the fish weighed before he cleaned it, he took the big bass to a nearby marina.

There, Runnels was approached by a group of other anglers who offered to trade him several smaller fish in exchange for the big bass, which was still alive at the time.

Runnels gladly accepted the offer and handed over the trophy bass, which was quickly placed in an aerated minnow vat. Amazingly, the "bucket bass" survived the ordeal and was entered in the Toyota ShareLunker program.

“He was a really cool guy,” Owens recalled. “His wife was there with him when we took the fish back. They released it off the pier right where he caught it.”

Owens says he has learned a lot about the dos and don’ts of handling big bass over the years. Much of the knowledge has come through trial and error.

“There’s a lot we take for granted today that we didn’t know anything about 20-25 years ago,” he said. “It’s definitely been a learning curve for everybody. We’ve learned a lot. Plus, the anglers are much better educated.”

One factor that can’t be stressed enough is that a 13-pound bass is not near as tough is it might look. Such a fish about 10 years old.

It’s more vulnerable to injury and stress than a younger fish. Think of big bass like senior citizens.

“A 20-year old man can get hurt and bounce back pretty quick, but it may take a 70-year old 3-4 months to get over the same injury,” Owens said. “Some may never get it over it. Big bass are same way. They all have a threshold of how much they can take. Each one is different.”

Owens is a pro at what he does, but he can’t work miracles.

Anglers lucky enough to catch a Legacy Lunker can do the bass and the biologist a favor by handling the fish with kid gloves before turning it over to the department. This will optimize the bass’ chance of spawning successfully and being returned to the lake unharmed.

*Aeration: Place the fish in an aerated livewell and transport it to an official Toyota ShareLunker holding station or bait shop with an aerated minnow vat as quickly as possible. Never keep the fish out of water longer than 30 seconds.

*Keep Things Wet: Always wet your hands before holding the fish. Handling with dry hands will remove protective slime and could cause  skin infection to set in. Avoid contact with boat carpet.

*Bag It: Place the fish in a weigh-in bag when moving it around the fish. Make sure the bag has enough water to cover the fish.