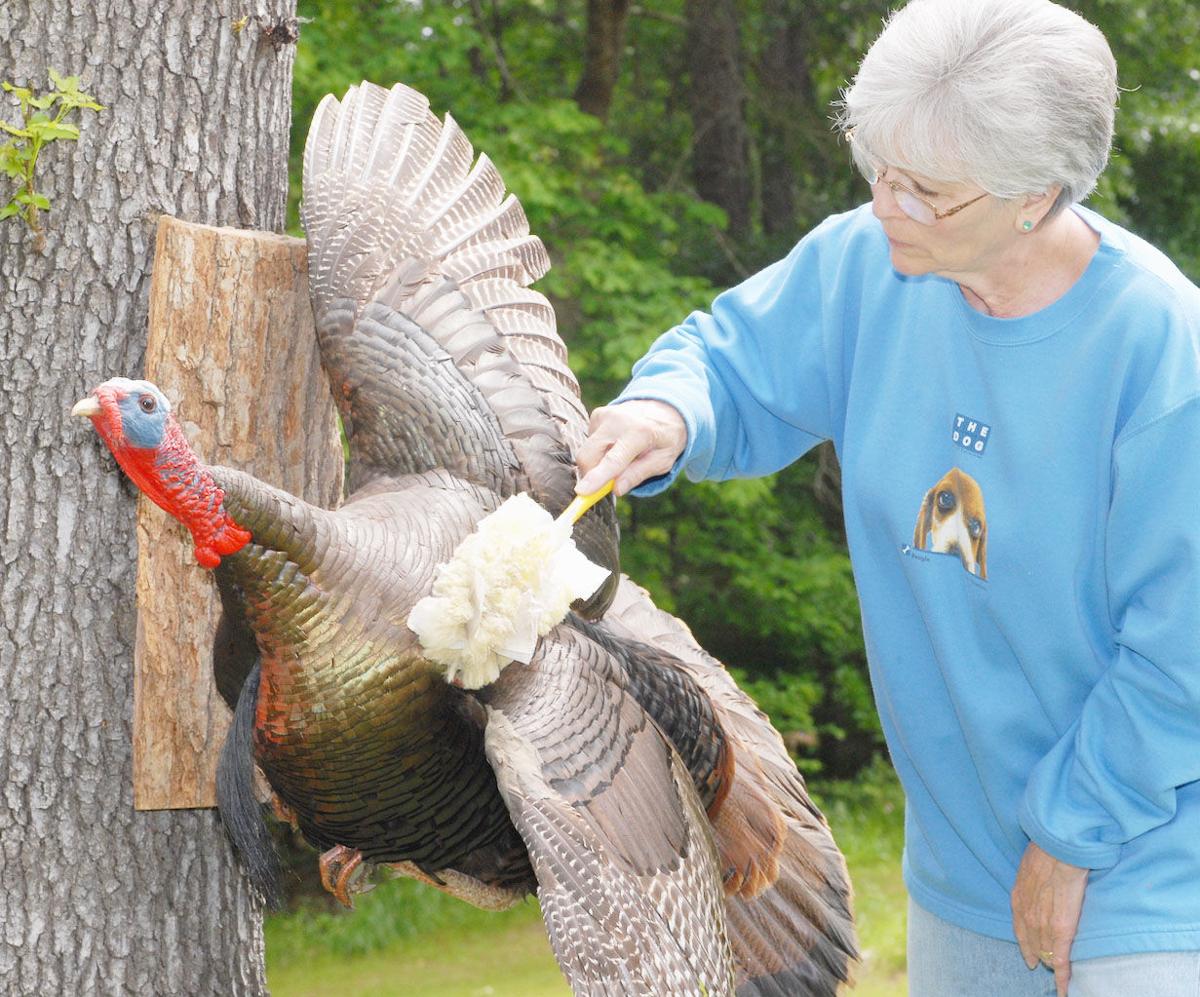 A Swiffer duster or feather duster works great for removing dust that can accumulate on trophy mounts over time. 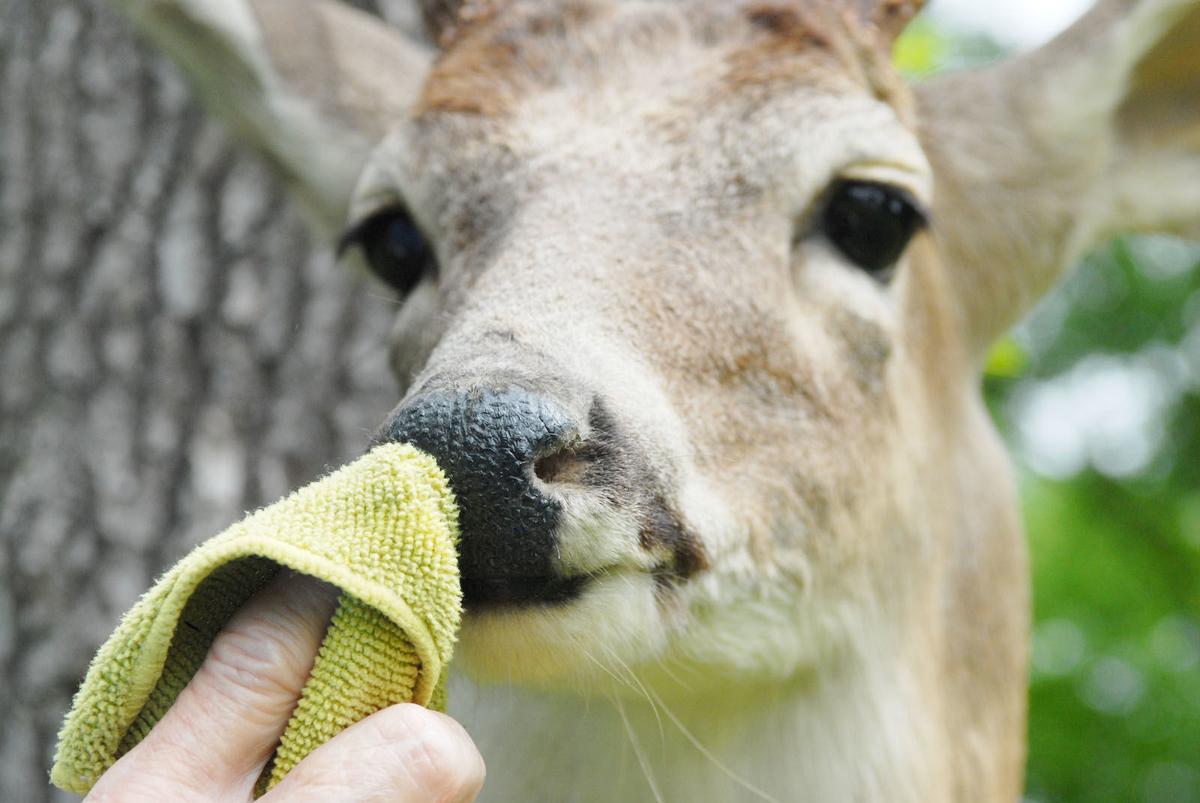 Windex on a clean cloth works good for removing any dust on the nose and eyes.

A Swiffer duster or feather duster works great for removing dust that can accumulate on trophy mounts over time.

Windex on a clean cloth works good for removing any dust on the nose and eyes.

Lots of folks are off work and sheltering in place these days. Many are passing the idle time doing odd jobs around their homes, yards and outbuildings. It’s a grand opportunity to give trophy mounts a good spring cleaning, too.

It makes no difference if the mount has fins or fur. Every taxidermy piece needs a little love every now and then. Pulling regular maintenance on mounts will keep them looking good while preserving the precious memories they represent for years to come.

Lee Richards knows plenty about mount care. Richards, 63, started tinkering around with taxidermy when he was 14. The hobby turned into a full-time occupation in 1979. He has since turned out hundreds of mounts of different kinds and grabbed several national ribbons of excellence along the way.

I recently caught up with the Nacogdoches taxidermist and asked him to share some tips that hunters and anglers can use to their keep mounted memories looking fresh and alive over the long haul.

Richards pointed out the best cleaning regimen can vary from one critter to the next. What works best on the hair of a deer or elk may not be ideal for use on the colorful plumage of a duck, turkey or quail.

*Cleaning Hair: Whether it’s a shoulder mount hanging on the wall or a lifesize mannequin tucked away in a corner, dust is sure to collect on the hair over time.

Making gentle strokes with a Swiffer duster or feather duster works great on mounts that are cleaned on a routine basis. Richards follows up by lightly wiping with a damp rag (not wet).

“Always be sure to follow the direction of the hair,” he said. “Never go against it.”

Badly soiled trophies that haven’t been cleaned for a while may require extra effort. Richards recommends taking the mount outside and using an air compressor equipped with a spray nozzle to remove any excess dust. He makes sure to hold the nozzle 6-12 inches away using medium air pressure.

“Compressed air in a can also will work,” he said. “It’s important to spray in the same direction as the hair, not against it."

Richards waits until the hair is dry before lightly wiping it down with a product like Cedar Guard or Body Shine to give it nice lustre. “WD-40 sprayed very lightly on a rag works good, too,” Richards said. “I’ve been using it for years. It does a good job of repelling bugs like Cedar Guard.”

*Antler/Horn Wipe Down: Richards uses a damp rag to remove dust from antlered trophies like deer or elk. He follows up with a light application of WD-40 on a rag, but only if the antlers are light in color.

“It’ll darken them a little, but not much,” Richards said. “I don’t recommend using any oil on dark antlers — it’ll darken them too much, and a lot of people don’t like that. I don’t use furniture polish, either. It may leave a sheen. I like antlers to look natural.”

Caring for horns is different. Horns on sheep and antelope are more porous than antlers. Using oil is a no-no.

“It’ll turn them black,” Richards said. “I’ll usually just wipe just them down with a damp rag. You can also use a product called Antler and Horn Conditioner. It may darken them a little, but not much.”

*Eyes and Nose: Richards says Windex sprayed on a clean rag does a good job of cleaning dust off of glass taxidermy eyes or restoring the moist look to the nose. You can use a Q-Tip to get into corners or crevices.

*Birds of a Different Feather: Richards says pulling maintenance on  turkeys, ducks and quail is more meticulous than critters with hair. A soft duster is the only tool he recommends. Use light strokes going the same direction as the feathers to prevent ruffling.

“Don’t use any air on feathers or you could mess up the groom,” he said. “It’s not a good idea to get feathers wet. Get oil on them and you’ve really messed up.”

*Fishy Business: Fish are fairly easy to care for. Richards recommends using an air compressor to remove any excess dust. Use a damp rag to remove the residual. Be careful around fins; they are fragile.

*On Display: The life of every mount hinges heavily on where it lives. Richards says mounts should always be kept indoors in a climate-controlled environment. Position them away from direct sources of heat that can cause cracking, or intense sunlight and fluorescent lights, which can cause colors to fade.

“Humidity can ruin one quick, too,” Richards said. “The hide soaks up moisture and that can lead to drumming — the hide starts coming unglued from the mannequin.”

Moths are another enemy to be aware of. Adults lay eggs resulting in tiny larvae that feast on the hide.

“They clip the hair off in the process, causing bald spots,” Richards said. “This happens a lot with mounts that get stored in the closet. The only way to fix it is to start over with a new cape.”