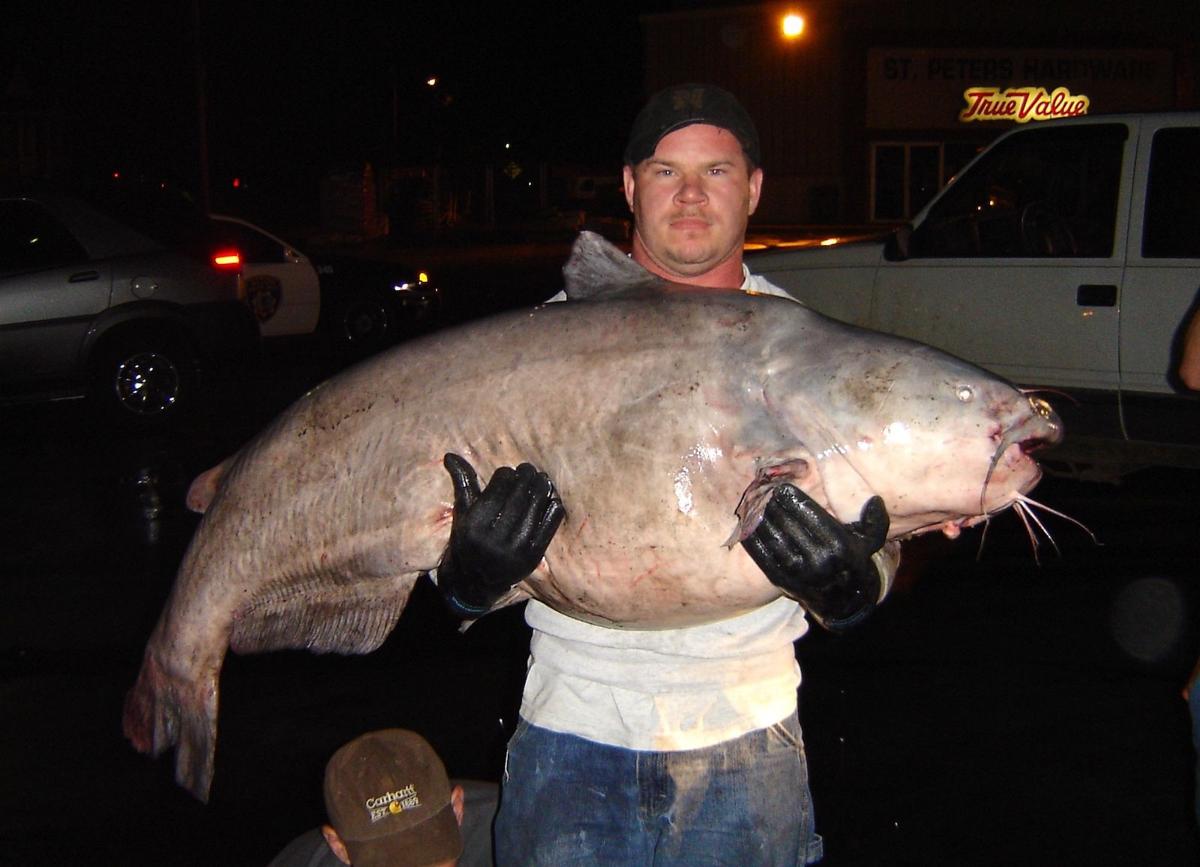 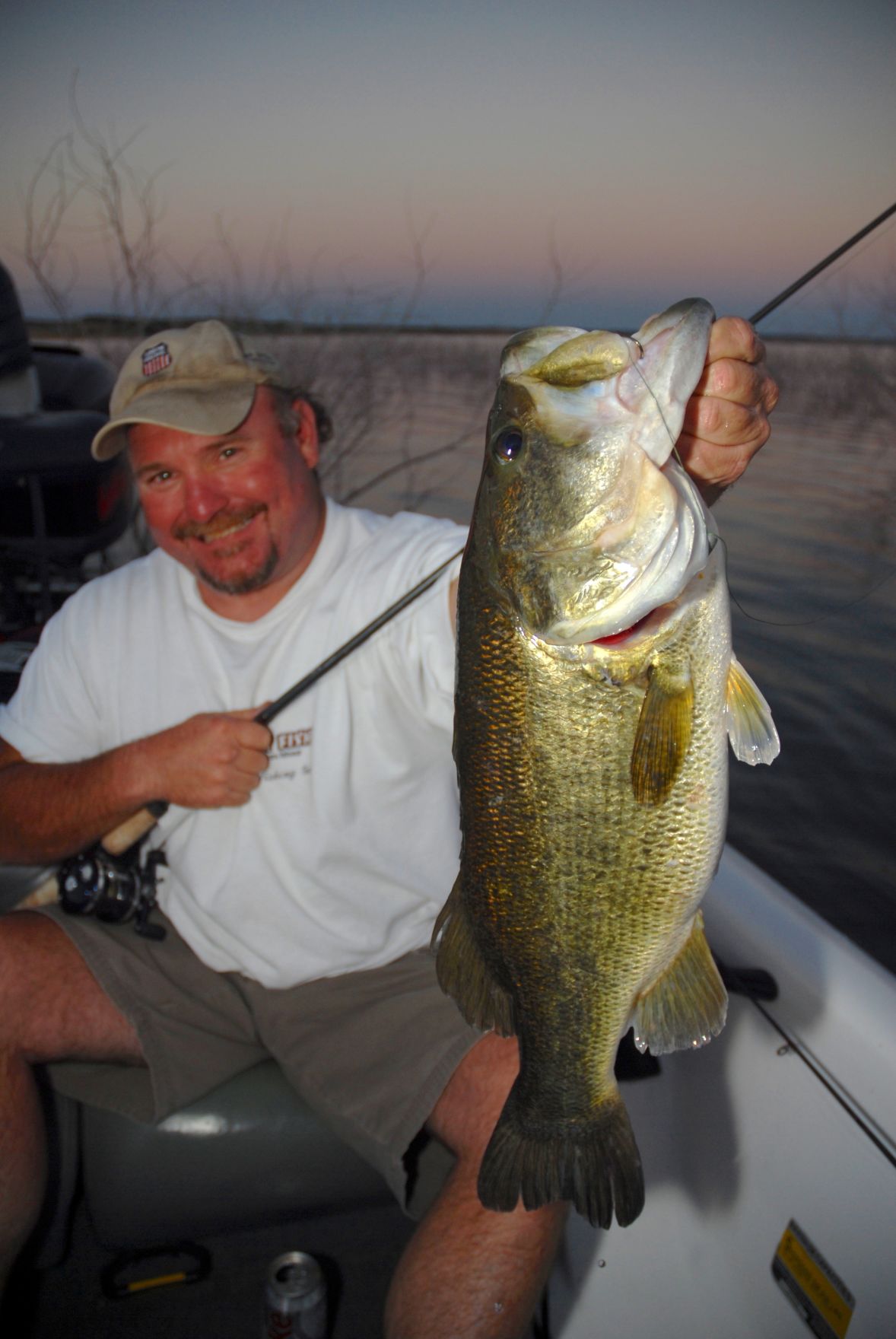 Fishermen are among the world's greatest storytellers. I have known very few who are not prone to stretch the truth every now and then.

Just call it the nature of the beast. Good fishing stories have a remarkable way of becoming more colorful each time they are told.

One of the my dearest friends, Kirk Wolfe, was a master at spinning a yarn. Wolfe was a whale of a fisherman and an even better storyteller who had a knack for turning a casual trip to the beer store into an adventure.

I learned a lot about Kirk before he passed away in 2015. He had persuasive personality and a gift for capturing an audience. Sometimes he felt the inclination to embellish an already good fishing or hunting story to make it better.

He loved to prey on the naive. I once listened in as he tried to convince a group of novice deer hunters that he could rattle in a spike buck by clicking to a pair of spike antlers together. A few swallowed the bait.

You could always tell when Wolfe was hedging by a peculiar wrinkle that creased his forehead. The standing joke among his closest buddies was you could sometimes divide the outcome of his fishing stories by two and get pretty close to what really happened.

One of the tallest, and silliest fishing tales I’ve ever heard didn’t come from my friend, Wolfe. The story surfaced in 2007. It revolved around a giant catfish that reportedly leaped out of the water and gobbled up a lady's 85-pound German Shepherd as it walked along the shores of Lake O' The Pines in eastern Texas.

The catfish was said to weigh in excess of 1,000 pounds. It was rumored to be the same fish that had already snapped several trotlines fashioned from 750-pound test tarred nylon.

A media blitz followed. Local television stations aired interviews with state fisheries biologists who discounted the possibility that such a catfish might exist. Several bounty hunters insisted they were going haunt Big Cypress Bayou until they finally caught it.

A newspaper colleague asked why I didn't join in the media frenzy. Laughingly, I told him I had rather get scooped on a good story than add fuel to one that has no business in the news in the first place.

The dog-eating catfish tale is a perfect fit for a story meant to debunk some of freshwater’s most long-lived fishing myths.

Anyone who targets catfish has likely heard the urban legend of scuba divers who claim to have encountered monster catfish as big as a Volkswagen lurking around the dams of major reservoirs.

Catfish weighing upwards of 1,000 pounds do not exist. Not in these parts, anyway.

There are a number of different catfish species native to North America. Blue cats and flathead cats both have been documented at weights beyond 100 pounds.

The biggest ever caught in Texas waters is 121.50 pounds. Cody Mullennix reeled in the former International Game Fish Association world record in 2004 at Lake Texoma.

Mullennix’s record has since been broken several times. The current world record blue stands at 143 pounds. It was caught in 2011 at Buggs Island Lake along the Virginia/North Carolina border. Elk City Reservoir in Kansas produced the world record flathead 1998. It weighed 123 pounds.

Big fish, indeed. But hardly large as a car. The only cats that come remotely close are the Lau-lau (piraiba) Wels and Mekong.

Native to European waters, Wels catfish in the 600-pound range have been reported. The IGFA record is 297 pounds, 9 ounces. The world record Lau-lau from Brazil cracked 341 pounds and the top Mekong catfish is 260 pounds from Thailand.

Here are 10 more freshwater fishing myths and misconceptions that frequently surface during conversations among fishermen:

1.) Cows feeding in a pasture are a good indicator that the fish are biting: Cows are cows and fish are fish. Longview bass pro Jim Tutt agreed.

"I can recall plenty of fishing trips when I saw cows grazing on the way to the lake, but didn't catch much at all,” Tutt said. "I don't think there is any connection at all."

Here's a good question for believers. How do you assess a fishing situation when the cows on one side of the highway are grazing, while those on the opposite side are resting in the shade?

2.) Alligator gar as long as the boat: That depends on the size of the boat. Alligator gar longer than 10 feet have been documented, but fish exceeding 8-9 feet in length are very rare.

3.) You need big baits to catch big bass: Big baits catch plenty of jumbo size fish, but it is not always necessary throw a 12 inch worm to fool a 10 pounder. Big bass are opportunistic feeders. They won’t pass an easy meal of any size when it passes dangerously close. Several Texas ShareLunkers been caught on baits as minuscule as a 1/16-ounce crappie jig. The current Texas state record of 18.18 pounds was caught on a small shiner.

4.) Flathead catfish can't be caught on anything except live bait:  Flatheads are apex predators that prefer a live diet, but they will eat dead bait or artificial lures from time to time.

Trotliner Charlie Shivley of Huxley has caught plenty big flatheads on stump hook sets tipped with bluegill heads. He thinks the fish home in on the eyes. Several years ago, I interviewed a pair of elderly gents who landed a 92-pound flathead that ate a 1/2-ounce jigging spoon intended to catch white bass.

5.) All bass spawn at the same time: Most bass spawn during the spring, usually during March and April. But not all of them.

Many fisheries biologists will agree that there is a limited amount of spawning activity that takes place during fall.

Texas Parks and Wildlife Department fisheries biologist Tony Owens has witnessed bass spawning during the fall months in hatchery settings. He attributes the phenomenon to changing photoperiods and water temperatures that mirror those spring, just in reverse order. “There is no reason to believe it doesn’t happen in reservoirs, too,” he said. “There isn’t a major spawn during fall, but it does happen.”

6.) Windy shorelines are productive for fishing because the wind blows the fish to the bank: Wind blows zooplankton and other tiny microorganisms to the bank, which in turn attracts shad and other bait fish. Bass, catfish and other predators go where the goodies are at.

7.) The only time a topwater lure will catch bass is during low light conditions — early in the morning, late in the day and at night: The topwater bite can be predictably unpredictable. The best time to throw a topwater is when the fish want it. I have have enjoyed some outstanding surface action in triple-digit temperatures, under bluebird skies with the water slick as glass.

8.) Alligator gar are trash fish that are no good to eat: The meat is quite tasty. The best cut is the tenderloin that runs along the backbone. The meat cooks up white and flaky; it can be fried, broiled, baked or grilled.

9.) Crappie won't bite a dead minnow: Crappie can be finicky as a house cat one minute, a voracious predator the next. When the fish are on a strong feed and competition is high, a lifeless shiner will sometimes catch fish just as well as a live bait or jig.

10.) Fishing for a living isn’t work: Fishing competitively can be physically draining and mentally exhausting. Touring bass pros drive thousands of miles, fish under good and bad weather conditions from daylight to dark and sometimes stay up late preparing for the next day so they can do it all over again.

There’s plenty of truth in that.

Matt Williams is a freelance writer based in Nacogdoches. He can be reached by e-mail, mattwillwrite4u@yahoo.com

Kelly Joe Carnes passed away to his Heavenly home on January 19, 2021. He was born on May 16, 1934 to Otis K. Carnes and Flossie Smith Carnes in Brownsboro, Texas. He lived most of his life in Athens. He was the pastor of Tri-Cities Baptist Church for many years and worked in construction mo…