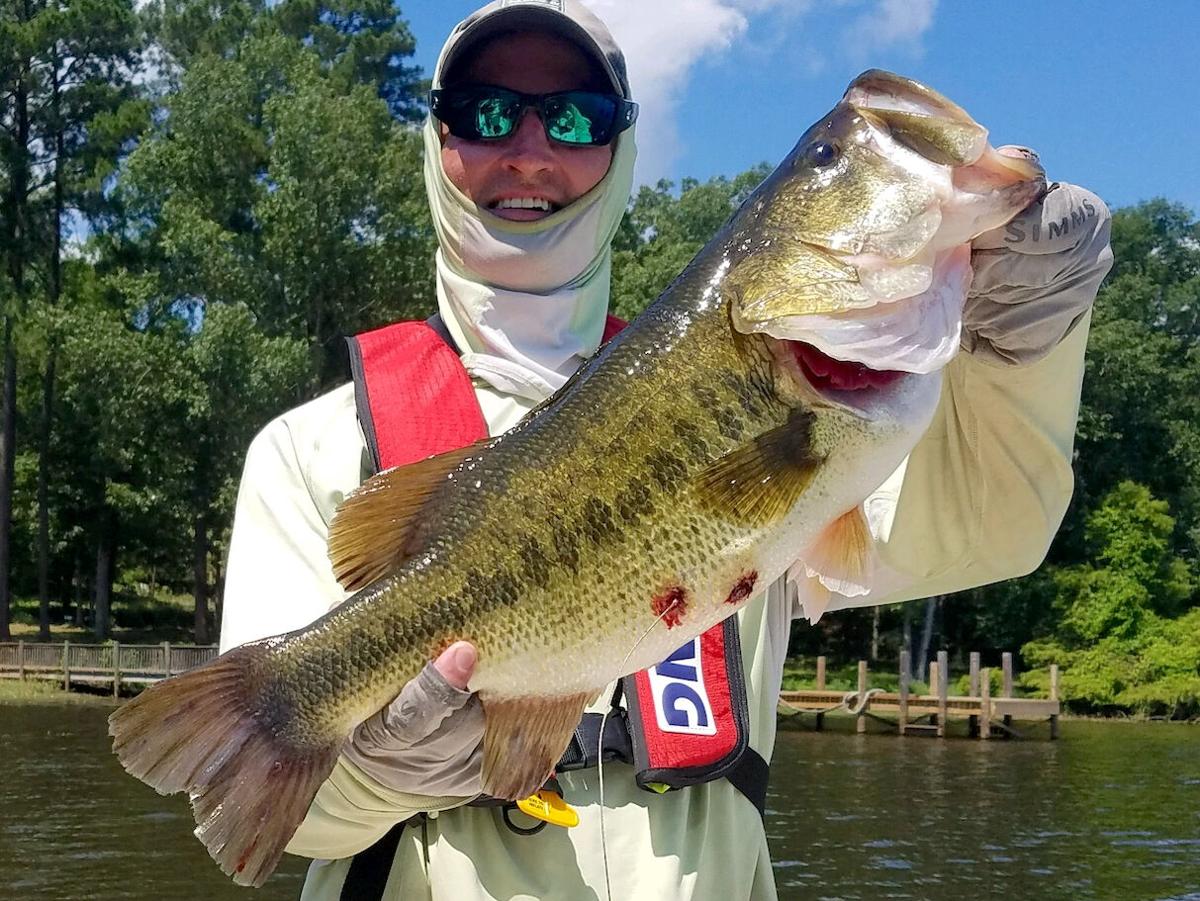 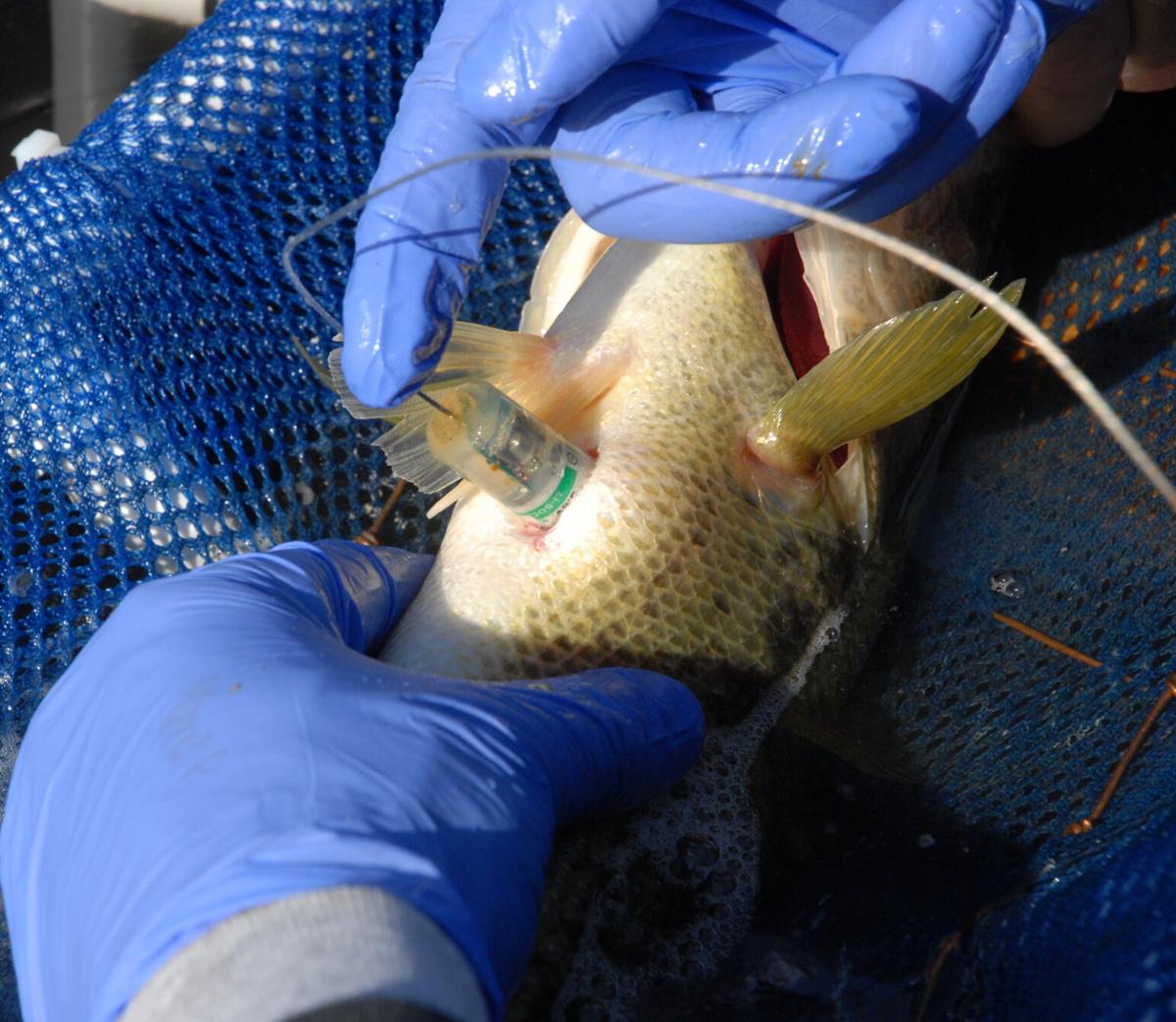 Jake Norman and Todd Driscoll are Texas Parks and Wildlife Department fisheries biologists by profession and diehard bass junkies at heart. It’s in the their DNA to always ask why, then turn to sound science to look for reliable explanations.

Norman and Driscoll are the point men in an intensive bass tracking study currently underway at Lake Fork and Toledo Bend. Their scientific backgrounds and shared passion for bass fishing make them a perfect fit for carrying out the joint research project aimed at unraveling some of the mysteries of bass behavior on the popular East Texas reservoirs.

The study is founded largely on angler concerns about the fishing quality on the powerhouse lakes. Both fisheries are top-notch, but neither has been fishing up to snuff in recent times.

A common belief among many Toledo Bend anglers is that heavy fishing pressure and may have scattered the large schools of bass that traditionally gathered on high percentage structure places easily pinpointed using modern mapping and sonar technologies.

Some anglers, including Driscoll, are wondering if the fish may have learned to avoid fishing pressure by relocating to out-of the-way places afforded by the massive lake’s 182,000 surface acres.

The situation is slightly different at Lake Fork, a 27,000-acre reservoir with a rich history of producing big numbers of large bass under a restrictive 16-24 inch slot limit.

Fork has enjoyed some excellent spawns in recent years. Anglers have reported catching big numbers of small fish, but fish catches within the slot aren’t what they should be.

Like many Fork anglers, Norman is wondering where the fish are going once they make it into the slot. He is curious if they are still frequenting the really popular fishing areas, or if they have learned to avoid fishing pressure.

At the heart of the ongoing research study are more than three dozen bass with small radio transmitters surgically implanted in their abdomens. The transmitters emit signals that allow biologists to monitor movements of the fish and pinpoint their locations using high-tech telemetry gear.

The fish were marked with Floy tags containing with the biologist’s phone number and released in close proximity to where they were collected. The pink tags and supple antennas dangling from the bass’ bellies make it easy for anglers to identify study fish should they catch one.

The fish range in size from 14 inches to about 8 pounds. Most were collected from shallow water in late spring using electrofishing gear, a few by conventional rod and reel fishing. Electrofishing works best in shallow water. It sends a mild current through the water column that temporarily stuns fish, causing them to float to the surface.

Driscoll’s research water is Housen Bay on Toledo Bend’s Texas-side. He currently has 20 fish tagged, including 10 that were caught using rod and reel in deep water. The rest, including an 8 pounder, were electrofished shallow.

On Fork, Norman’s study area is Birch Creek. He currently has 21 bass up to 5 pounds tagged. Most are slot-sized fish the 16-18 inch range. All of the Fork fish were collected by electrofishing in skinny water.

Each transmitter has a unique frequency with a mortality mode that can be detected from 1/2 mile away using a special antenna. The telemetry gear, combined with Garmin LiveScope sonar, allows the biologists to monitor individual fish and see in real-time how they react to fishing lure presence and noise from outboard engines, trolling motors and marine electronics. Scientists also can document where the fish position during changing seasons, different weather conditions and in relation to various habitats.

The two-year study has turned up some interesting findings thus far, but it hasn’t all been smooth sailing.

Last November, the Toledo Bend project hit an early snag when the first batch of 26 study fish died within two weeks after the research launched. Driscoll believes the mortalities may have occurred as the result of fungal infections caused by performing the surgeries in chilly water temperatures that elevated stress levels and lowered the bass’ immune systems.

The study at both lakes was subsequently put on hold until May 2020, when water temps stabilized in the 70s and new recruits were gathered. Both scientists and their staffs have been going full bore ever since, pulling tracking detail once every two weeks and having a good time doing it.

“There are a lot of diehard anglers out there who always have questions about how fish react to different things,” Norman said. “Todd and I are lucky because our profession is allowing us to look into something that we are both very passionate about. Every time I hear a transmitter go ping I get excited like a dog wagging its tail. My staff thinks I’m sort of insane, but the truth is I’d spend every day possible on the water bass fishing if I wasn’t a biologist.”

Both scientists agree the study has been a learning process thus far. Here are a few highlights that should be of interest to all anglers:

Outboard Noise and Angling Pressure: Once a study fish is located, biologists evaluate whether or not it shies from outboard noise. If it doesn’t, they stop and make 5-10 casts with an artificial lure and watch the bass’ reaction using LiveScope.

Norman says about 1/3 of his fish have moved away from outboard engine noise and fishing pressure. Interestingly, a few fish have shown no reaction to engine noise, but shied from the presence of a fishing lure. Those that do react to engine noise sometimes move away slowly or disappear completely.

Driscoll has seen similar results in regards to engine noise. This includes fish that are relating to bottom structure in deep water or those that are buried up in shoreline cover in shallow water. Only about 15 percent of the Toledo fish have moved away from angling pressure.

Hide and Seek: Neither biologist has found evidence that fish are relocating to non-traditional places to escape fishing pressure. Driscoll has made 55 fish observations thus far. He says every fish he as located has been positioned in relation to areas where anglers normally fish for bass, such as shoreline cover, drop-offs, stumps on flats or around channels.

Skinny to Skinnier: Initially, Norman expected to see his shallow fish gravitate towards deeper water with the onset of summer, but that hasn’t been the case. In mid-July, nearly half of his study group had pushed significantly shallower than where they were released.

“You could see bottom in some places and the water temperature was 88-90 degrees.”

The Roamers: Some of the study fish have proven to be home bodies while a few individuals are nomads. In early July, Norman found a bass at the rear of a small creek three miles from where it was released. Two weeks later, the fish had moved seven miles in the opposite direction. It was suspended alone over 35 feet of water in Lake Fork Creek.

Driscoll says about 1/3 of his fish have stayed with 200 yards of where they were released, while a couple have ventured as far as five miles. In mid-July, the biologist discovered nine fish the same day that were mixed with small “wolf packs” of other bass. The fish were suspended over deep water, roaming around pods of shad.

“They had quit relating to bottom structure or cover any sort,” he said. “They were relating strictly to shad, suspended and moving around. Fishing can be tough when they are doing that.”

Caught and Recaught: Norman has recaught one of his study fish and had seven others reported by other anglers, including one that has been caught three different times.

Driscoll has recaught two of his study fish. Five others, including an 8 pounder, have be caught, released and reported by other anglers. Interestingly, the 8 pounder was recaught in two feet of water at the back of a small pocket in close proximity to where it was electrofished in May.

“Two weeks later we found the big bass 1 1/2 miles away around a stump in eight feet of water,” Driscoll said. “Two weeks after that it had moved 1 1/2 miles back to the pocket where it was caught. It’s really strange what some of these fish do.”