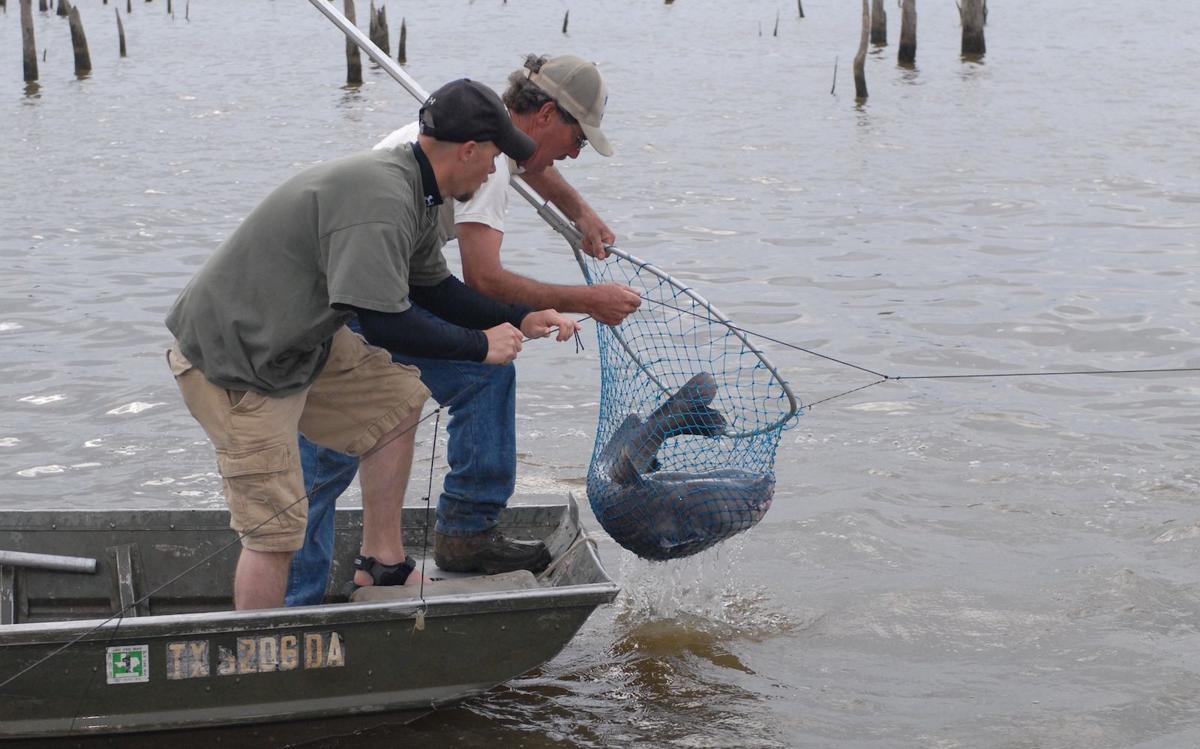 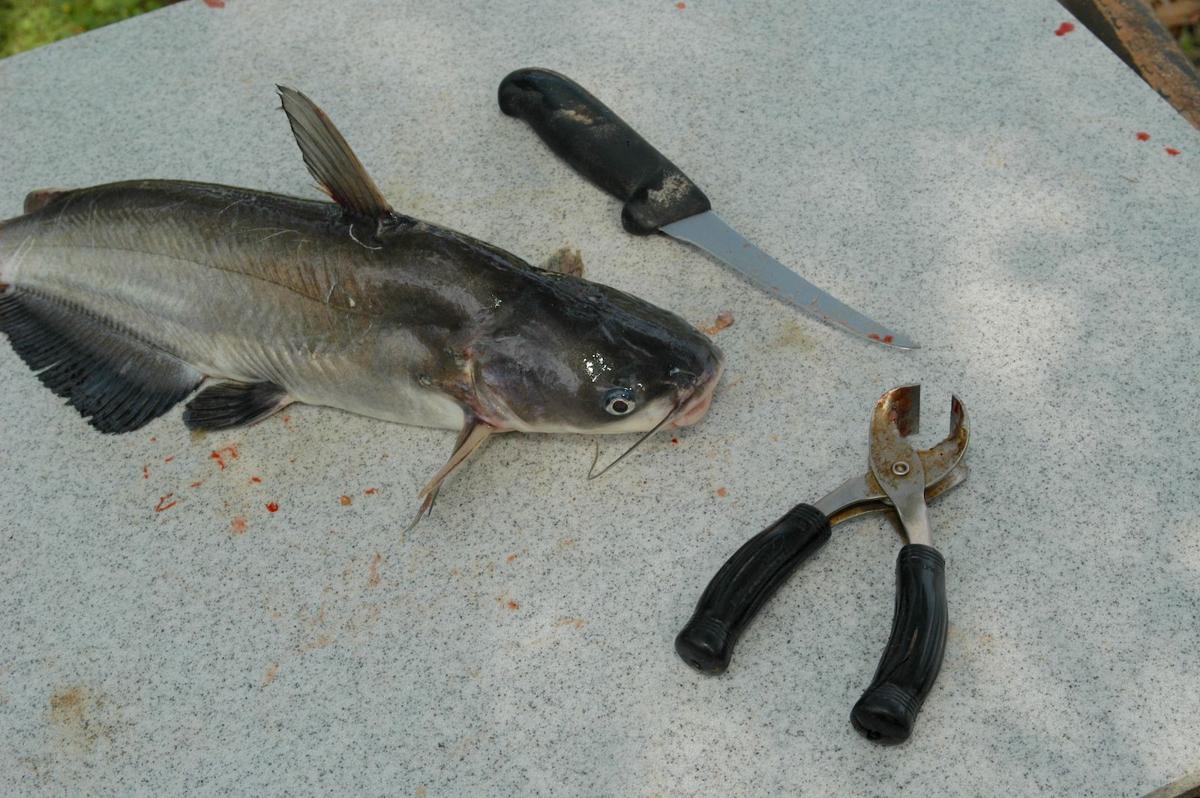 One of America’s favorite food fish that also ranks high on the hit list with freshwater fishermen all across the south is at center stage of ongoing discussions between Texas Parks and Wildlife Department fisheries biologists and the state’s tightly-woven catfish angling fraternity.

Still in its infancy stages, the friendly debate is aimed at whittling down a long list of daily bag and length limits currently in effect on channel and blue catfish in Texas waters to a suite of regulations that is significantly shorter.

The general idea is to simplify catfish regulations and help eliminate unnecessary confusion among anglers while managing Texas’ diverse catfish fisheries for optimum quality without infringing on anglers looking to fill the bill for a weekend fish fry.

Currently, there are nearly a dozen different sets of regulations governing channels and blues on Texas waters, including a statewide rule that allows anglers to retain 25 fish daily with a 12 inch minimum length limit. The statewide regulation applies to about 85 percent of Texas’ public waters. The remaining waters are governed by a series of “special limits” that in some cases can be confusing to understand.

TPWD is looking to take a more standardized approach in its catfish management strategies by combining regulations for channels and blues where possible, and reducing the number of catfish regulations on the books from 11 to four.

The suite of possible options includes a revised statewide limit that would do away the 12 inch minimum length but still allow anglers to retain 25 daily with no more than 10 fish 20 inches or longer. The remaining “special” options are geared towards trophy fishery management, large reservoirs where harvest is abundant or waters with a history of excessive harvest and/or limited recruitment.

The potential changes would not impact current regulations on flathead catfish, community fishing lakes or Interjurisdictional fisheries (Texoma, Toledo Bend and Caddo) shared with Oklahoma or Louisiana. A graduated trophy bag regulation implemented a few years ago at Lake Tawakoni, one of America’s best catfish lakes, also would remain in place.

Catfish rank No. 2 in popularity behind largemouth bass among more than 1 million Texas freshwater anglers. It is TPWD policy to check the of pulse of the angling public before moving forward with such regulation changes.

Earlier this spring, TPWD gathered names and contact information for more than 100 avid catfish anglers to create an informal catfish advisory committee. The group — comprised of guides, trotliners, jug liners, bank fishermen, trophy hunters and tournament pros — was formed to engage in discussions and provide constructive feedback to a team of TPWD fisheries biologists who have spent the last two years building a plan to simplify current catfish regulations and make them more biologically relevant.

In mid-June, those anglers were invited to participate in a series online webinars and hear presentations from TPWD staff regarding possible changes to the state’s catfish management plan. The fishermen were given the opportunity to ask questions and offer feedback in what TPWD fisheries biologist John Tibbs of Waco called the first step in presenting a suite of new regulations to Texas catfish anglers for consideration.

Tibbs said about 30 anglers actively participated in the webinars. He added that their feedback was almost uniformly positive.

“If there was anything they were critical of, it was that they wanted to see more reservoirs with a quality/trophy regulation,” Tibbs said. “The take home message there is just because you slap a trophy regulation on a lake doesn’t mean it will be a trophy lake.”

Tibbs added that an online presentation with narrative to illustrate the possible changes should be available for public viewing by mid-July. The presentation will appear on youtube.com, he said.

“It should be quite helpful to people in understanding where we are headed,” he said. “We’re talking about a whole lot less regulations, so automatically there would be fewer regulations to know. I think that will make it easier for wardens enforce the regulations. Plus, we believe the regulations will be more effective as far as managing for quality and trophy fish down the road. It will definitely make things better.”

Here is a synopsis of the four catfish regulations TPWD is considering, how the regs would work and a few examples of where “special limits” might be applied to manage blue catfish, channel catfish, their hybrids and subspecies:

Explanation: Eliminates the minimum length limit and has the potential to increase numbers of quality-sized fish in some reservoirs. Applicable for waters with abundant blue/channel cat populations in situations where more restrictive regulations aren’t desired or appropriate. About 80-85 percent of Texas’ reservoirs and rivers fit the bill. Biologists say eliminating the 12 inch minimum length limit makes it less likely that new and casual anglers might accidentally break the law by retaining short fish.

Explanation: Limits the take of large numbers trophy class fish on waters where catfish populations are robust, growth is good and anglers routinely harvest lots of fish. The rule is not designed to improve catfish populations, just to protect what is there. It is well-suited for a small number of large reservoirs, generally in East Texas, where trotlines, jug lines and other passive techniques are used to harvest large numbers of catfish. Sam Rayburn and Livingston are among the possible candidates.

Explanation: Applicable for waters where spawning and recruitment is low, or where excessive harvest is a possible problem. Suited for only about five percent of the state’s reservoirs. Lakes Calaveras and Braunig are among the possible candidates.

Explanation: Data indicates this regulation would impact mostly blue catfish anglers. Designed to increase fish upwards of 20 inches, especially those over 30 inches. Applicable on lakes where anglers want to target trophy fish. Directs harvest toward smaller fish while protecting quality-sized fish in the 20-30 inch range resulting in increased numbers of quality and trophy blue catfish. Suited for about 5-10 percent of the state’s reservoirs. Lakes Lewisville and Waco are among the possible candidates.

Tibbs says no formal proposals regarding changes to catfish regs will be made to the TPW Commission until early next year. In the meantime, anglers may offer input by reaching out to their local TPWD fisheries biologist or by contacting him directly, john.tibbs@tpwd.texas.gov.

“It is still a long road for these regulation proposals and, assuming we proceed with them after presenting to the commission, we will still be scoping any changes with anglers who use these reservoirs.”

Bassmaster Magazine recently released its annual rankings of America’s top bass fishing destinations, only with a different twist from past.

Around since 2012, the Bassmaster rankings have always been based on a wealth of tournament data gathered from events held the previous spring. The ongoing COVID-19 pandemic pretty much eliminated tournaments from the picture this year, so Bassmaster went fishing in past rankings to create legacy lists recognizing the Top 25 lakes of the current decade and the Top 10 lakes from four regions of the country.

California’s Clear Lake took the No. 1 spot. The storied fishery has never ranked outside the Top 10 and has been among the Top 4 the last three years.

San Antonio-based Texas Trophy Hunters Association recently announced the cancellation of all three of its upcoming Hunter Extravaganza outdoor shows. The events were set for July 31-Aug. 2 in Houston, Aug. 7-9 in Antonio and Aug. 14-16 in Fort Worth.

The decision to cancel the shows was made in response to the ongoing COVID-19 pandemic, public health regulations and out of concern for the well-being of attendees and exhibitors.

“For 44 consecutive years we have taken pride in helping Texas hunters prepare for the upcoming hunting season by providing access to the newest and best hunting and outdoors products on the market,” said TTHA President and CEO Dave Keith. “However, ongoing communication with the host venues revealed that the scheduled 2020 shows would not be feasible under the current conditions. We know that our tremendous attendees and vendors understand how difficult it is for us to make this decision. We share their disappointment. Although we have been forced to miss this year, the 2021 schedule is locked and loaded. We promise to be back, bigger and stronger.”

Often billed as the “granddaddy of all hunting shows, the TTHA Hunter Extravaganza events typically draw attendance of about 55,000 people.

July 4 a busy one for game wardens

The July 4 weekend was a busy one for TPWD game wardens.

According to TPWD reports, wardens performed more than 11,000 safety checks on vessels on state waterways over the three-day weekend.

The report says game wardens issued 1,061 citations and 1,348 warnings for boating safety law violations. Additionally, 42 people were arrested for Boating While Intoxicated and 35 others were arrested on other charges, including one DWI case.