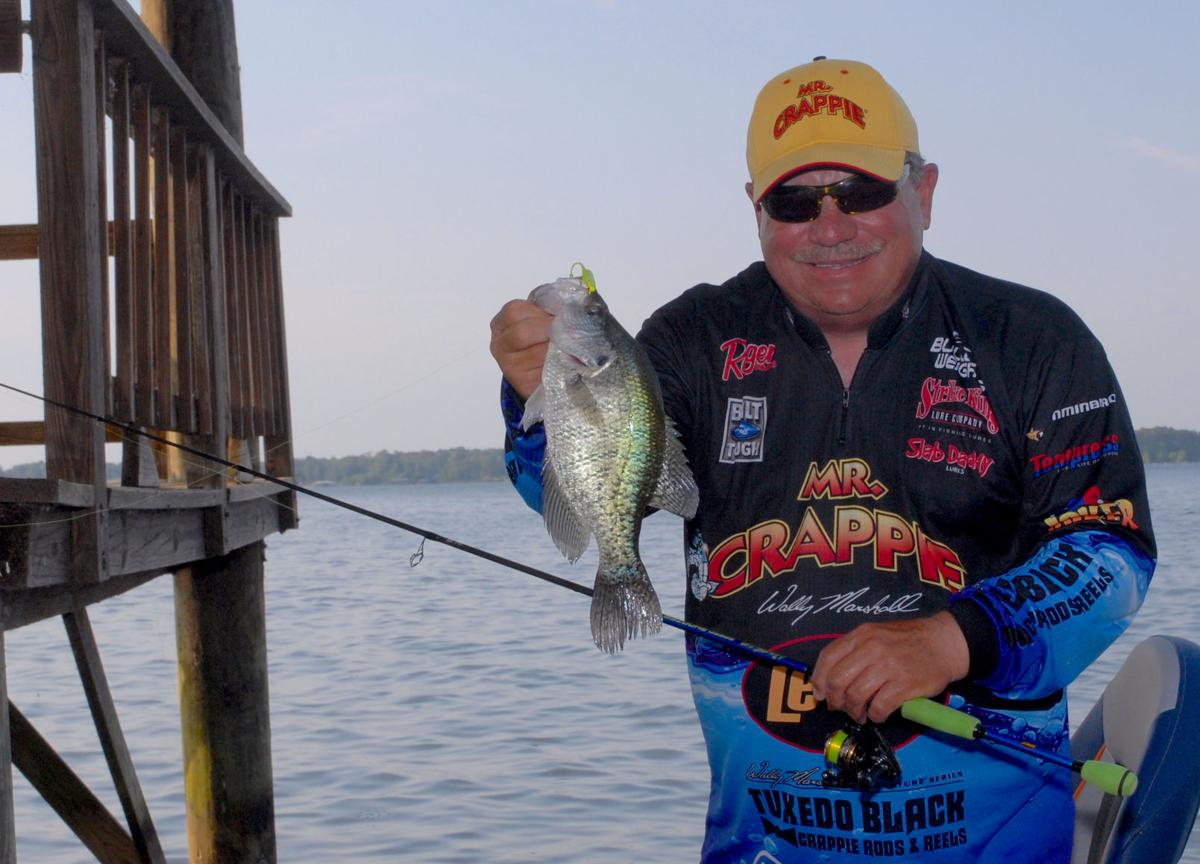 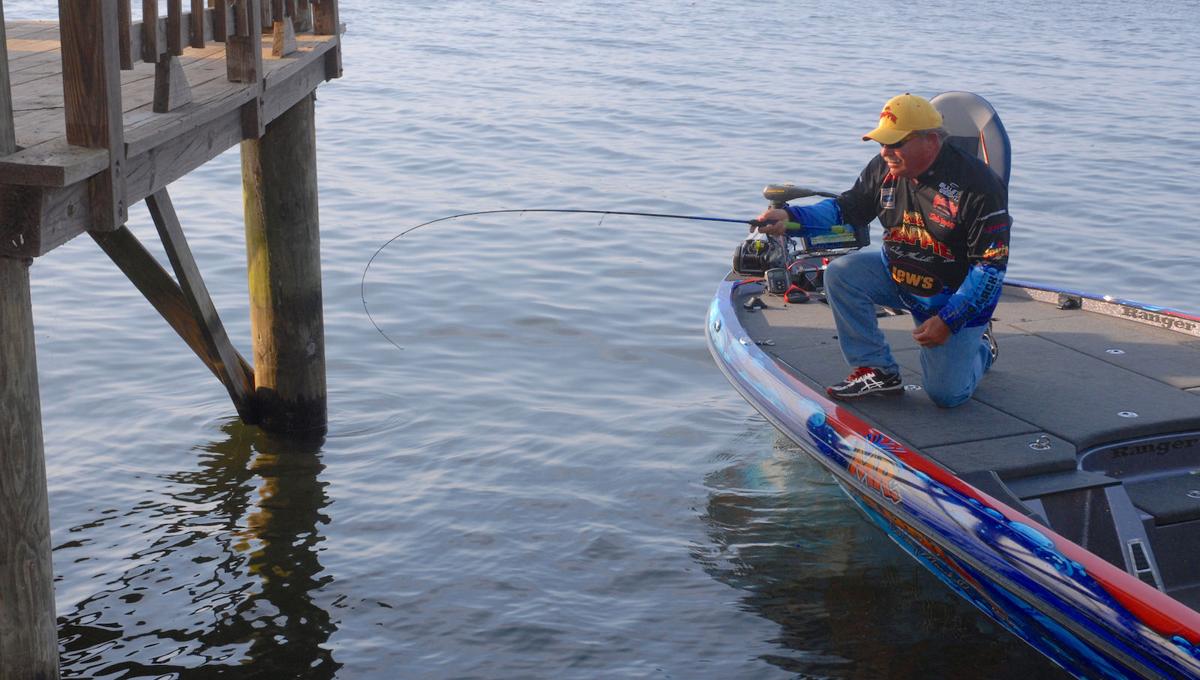 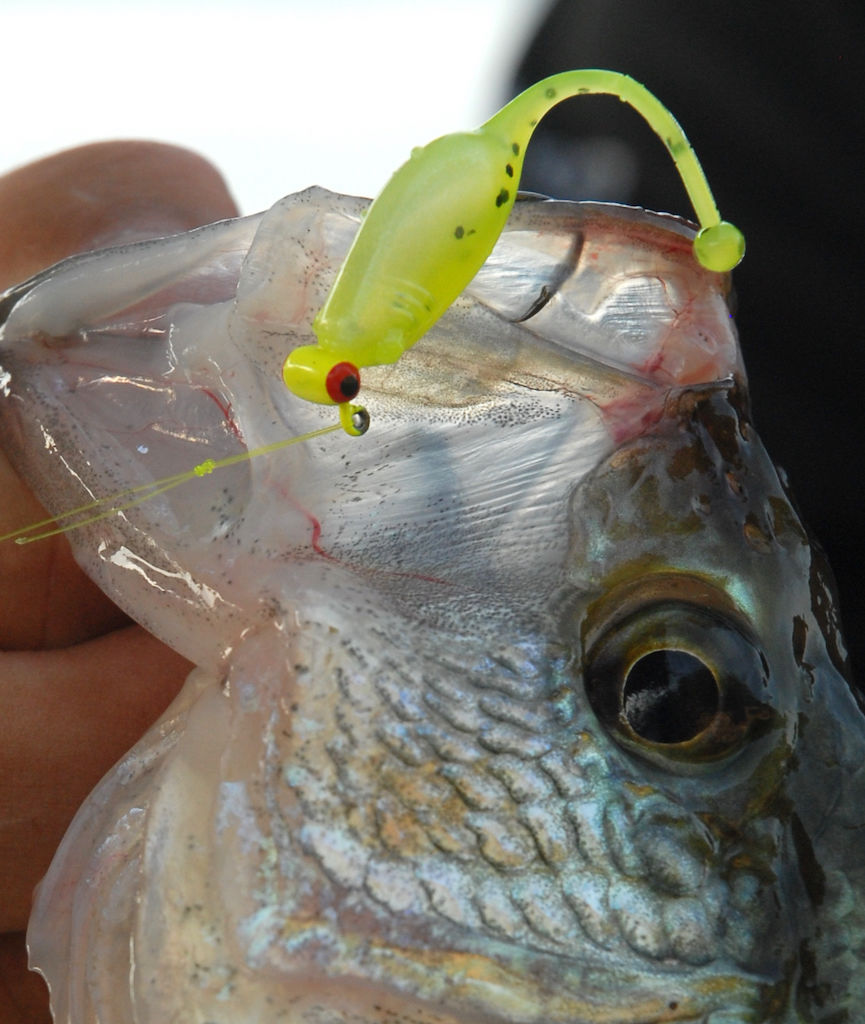 Wally Marshall of Westminster is arguably one of the most well-known crappie fishermen in North America. He goes by the nickname “Mr. Crappie,” a fitting moniker he trademarked way back in 1996. Marshall has since helped thousands of anglers learn to catch more of the tasty panfish on lakes around the country using a variety of tactics and baits.

He’s managed a comfortable living doing it, too. Marshall has won several big league crappie tournaments, but his derby winnings are chump change compared to bigger bucks he’s earned from spreading the word about an unsung sport fish and sharing closely guarded secrets to fishing success.

A former plumber, Marshall gets paid to engineer useful gear to make good crappie fishermen even better. His “Mr. Crappie" logo is stamped on dozens products marketed by some of the top outdoor retailers in the country.

Rods, line, hooks, reels, corks, rod holders, fishing seats, crankbaits, tackle boxes, jigs — if a product has anything to do with crappie fishing, Marshall probably has a finger in it.

It's good stuff, too. Marshall designs most of his own products, and he’s got a likable personality and the golden gift of gab for promoting them.

Naturally, Marshall has learned some hard lessons during a lifetime of crappie fishing. One of the toughest dates back to 1989, when he entered a crappie tournament on Lake Wylie in the Carolinas.

It was two years after he won the first crappie tournament ever held in Texas, a Crappiethon USA event on Cedar Creek Lake. Marshall wade fished his way to the winner’s circle at Cedar Creek targeting spawning crappie around shoreline cattails using a long rod jigging technique he calls “Wally-socking.”

There weren’t any cattails to Wally-sock at Lake Wylie, but there were hundreds of boat docks and piers ripe for a technique called “shooting.”

Problem was, Marshall didn’t know much about the deadly fishing tactic that eastern locals relied on to sling-shot their jigs deep into the shady bowels of the shoreline structures, where schools of hungry crappie like to gather.

“I’d heard about dock shooting, but I didn’t know how to do it,” Marshall recalled. “I drove 1,000 miles to Lake Wylie thinking I was going to compete out of a float tube. That tournament was downright ugly. I don’t remember where I finished in the standings, but it was probably dead last.”

Marshall didn’t dwell on the thrashing for long. Instead, he brought the experience back to Texas and perfected the technique in short order.

Dock shooting is now a speciality tactic Marshall relies on to catch crappie from spring through fall on just about any lake with boat docks, slips and piers. Cedar Creek, Palestine, Tawakoni, Fork, Conroe, Texoma, Athens, Toledo Bend and Bridgeport are among the Texas lakes where he’s had the most success.

“There doesn’t have to be bunch of docks for it to work, either,” he said. “An isolated dock can be money if it’s in the right place.”

Bait fish such as minnows, shad and small perch gravitate to docks to feed, seek shelter and hide from larger predators. Like bass, crappie take advantage of the shade to ambush unsuspecting forage. The fish also are attracted to the cooler water beneath the canopy, and the dock shooting tactic is ideal for getting at them.

Marshall says the magic is built around the presentation of the bait, usually a 1/16 or 1/32 ounce jig, paired with a medium/light spinning outfit and high visibility monofilament line in 4-6 pound test.

Done correctly, Marshall says shooting will catapult the jig at a low angle, parallel to the water, with enough velocity that it will sail far beneath the dock or whatever you’re aiming at.

Performing the technique is a simple, multi-step process:

1.) Release enough line so the jig falls between the bottom rod guide and the reel. Trap the line against the rod with the index finger on your rod hand. Grip the jig head firmly between the index finger and thumb on your free hand. Make sure the exposed hook is turned downward.

2.) Point the rod tip at the target dock with the line and jig parallel to the water. This will cause the rod to bend or load backwards, sort of like a bow and arrow. You might want to sit or kneel to get a lower angle.

3.) Release the jig and trapped line simultaneously. This causes the loaded rod tip to spring forward and sling-shot the bait towards the target.

Marshall claims he can shoot a 1/16 ounce Slab Daddy or Shad Pole jig about 60 feet with the right outfit.

“It enables you to put a jig into the coffin corners — the deepest, darkest places under that dock that are impossible to get to with a conventional cast,” he said. “Plus, it allows you to get a bait beneath a dock without getting so close that might spook fish that are hanging closer to the outside edge.”

Marshall says anyone can learn to shoot docks effectively with practice and persistence. Beginners can learn in their yard or driveway by sitting in a lawn chair and using a sawhorse positioned 15-20 feet away to simulate the dock.

He suggests practicing with 1/16 ounce lead weight instead of a jig. Practice until you can consistently shoot the weight under the sawhorse and varied distances.

Having the proper equipment helps flatten the learning curve. A sensitive rod is a key component.

Marshall’s favorite is a 7 foot, medium/light action spinning model he helped design specifically for shooting for Lew’s. Fittingly, the rod is called the “Speed Shooter.” It’s made from sensitive IM8 graphite with a fast-tip action tip. The rod sells for around $45.

Not surprisingly, Marshall has caught a boat load of crappie shooting his jigs into places where the sun doesn’t shine. One of his most memorable dock shooting experiences occurred during a team crappie tournament on the Harris Chain of Lakes in Florida.

Marshall had located a large octagon-shaped dock that was loaded with crappie. The dock was built far enough above the water that his boat would partially fit beneath it.

Surprisingly, there was a wedding underway on the dock when Marshall and his partner arrived on the first day of the tournament.

“I’ll never forget it,” said Marshall. “We were up under that dock sloshing around and catching one fish after another with a wedding going above us. One the guys at the wedding leaned over the hand rail and said ‘man, this is better than watching TV.’”

Kilgore-based Skeeter Boats recently announced that the 27th Annual Skeeter Owner’s Tournament scheduled for June 11-14 on Lake Fork has been cancelled because of safety concerns associated with the ongoing pandemic. The 2020 tournament will not be rescheduled, but plans are already in the works for the 2021 event, according JoAnne O’Bryant, marketing manager with Skeeter Products.

“The health and well-being of our angler families and all those who attend is our first priority,” said Jeff Stone, Sr. Vice President, Skeeter Boats. “We recognize this event is very popular with our owners, therefore we will be planning accordingly for next year’s event.”

The popular tournament drew more than 2,200 anglers and over 1,000 Skeeter boat owners to the fabled East Texas fishery last year.

Several other East Texas area tournaments have either been postponed or canceled in recent weeks. Among the biggest to be postponed are the Sealy Outdoors Big Bass Splash events on Sam Rayburn and Toledo Bend.

Both tournaments lure thousands of anglers from several states and different countries to cast for amateur fishing’s most lucrative pay days. This 36th annual Sam Rayburn tourney will award a guaranteed $600,000 in cash and prizes.

The Bass Champs Mega Bass derby originally set for March 22 on Lake Fork has been postponed until July 19. Additionally, the Texas Team Trail event set for May 9 on Lake Fork has been canceled, and a June 5 TXTT qualifier on Toledo Bend has been relocated to Sam Rayburn on the same date. The circuit has also rescheduled its year-end championship for Oct. 24-25. The location is TBA.

Bass tournaments represent a huge cash cow for local economies. In some cases, fishing derbies leave a staggering amount of cash in their wake.

According to a recent BASS press release, the 2020 Bassmaster Classic held March 6-8 on Lake Guntersville in Alabama generated a whopping $35.9 million in economic windfall for the host community of Birmingham.

According to numbers released by the Greater Birmingham Convention & Visitors Bureau, the tournament provided a direct economic impact of $20.8 million and an indirect boost in business sales of $15.1 million.

Those economic impact figures top the $32.2 million total reported by Visit Knoxville following the 2019 ‘Classic held on the Tennessee River, the release says.

The 2007-08 research study showed recreational fishing on the sprawling 114,000-acre impoundment packs a total economic value of $46.5 million annually. Well over half ($30.5 million) of that figure was linked to bass tournaments. The 2008 Sealy Big Bass Splash on ‘Rayburn carried a total economic value of about $7.9 million, according to the study.