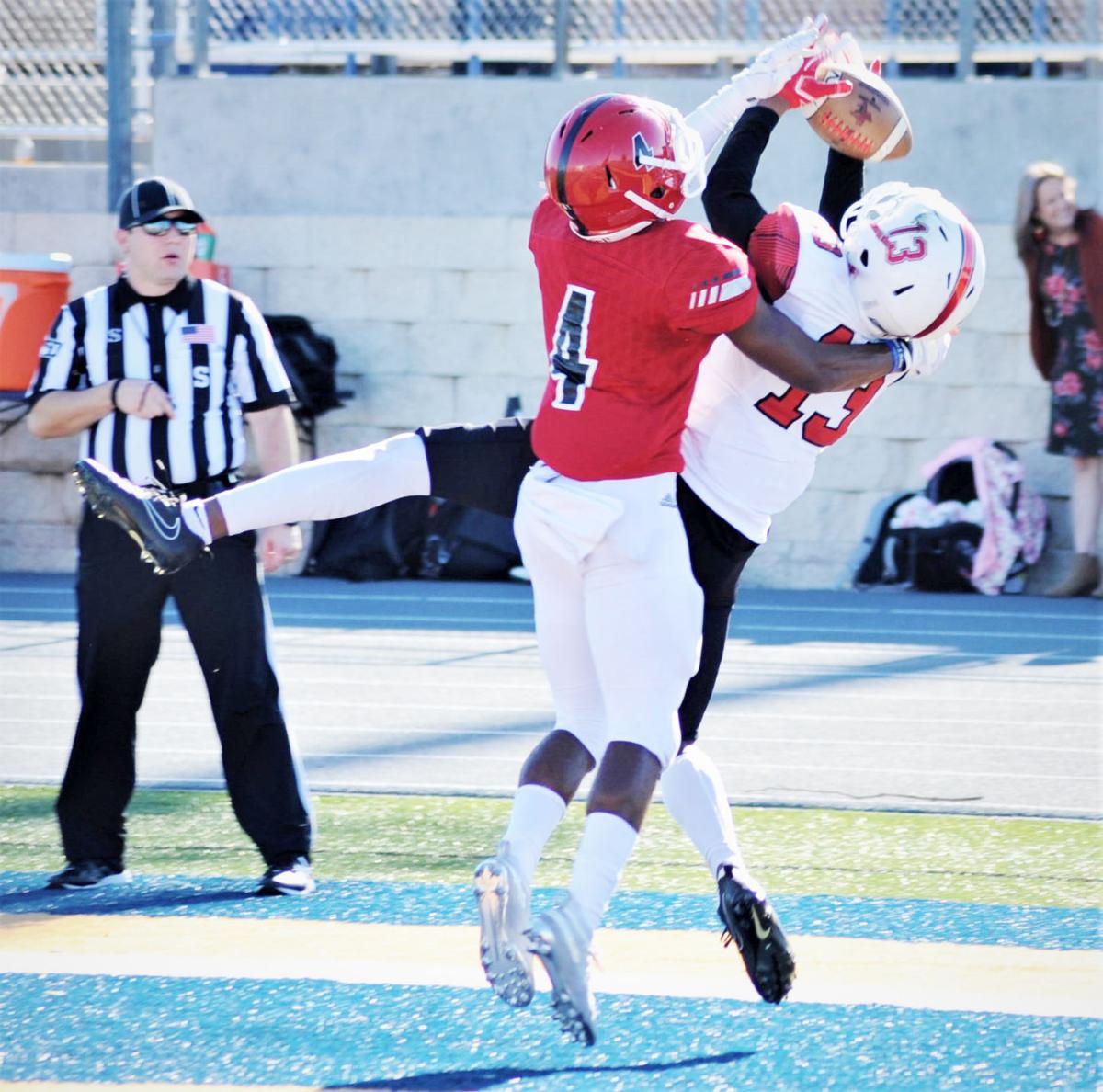 TVCC’s CJ Williams makes a catch as Navarro’s Josh Bowers tries to cover him in the Cardinals’ 45-44 win at Navarro on Saturday. 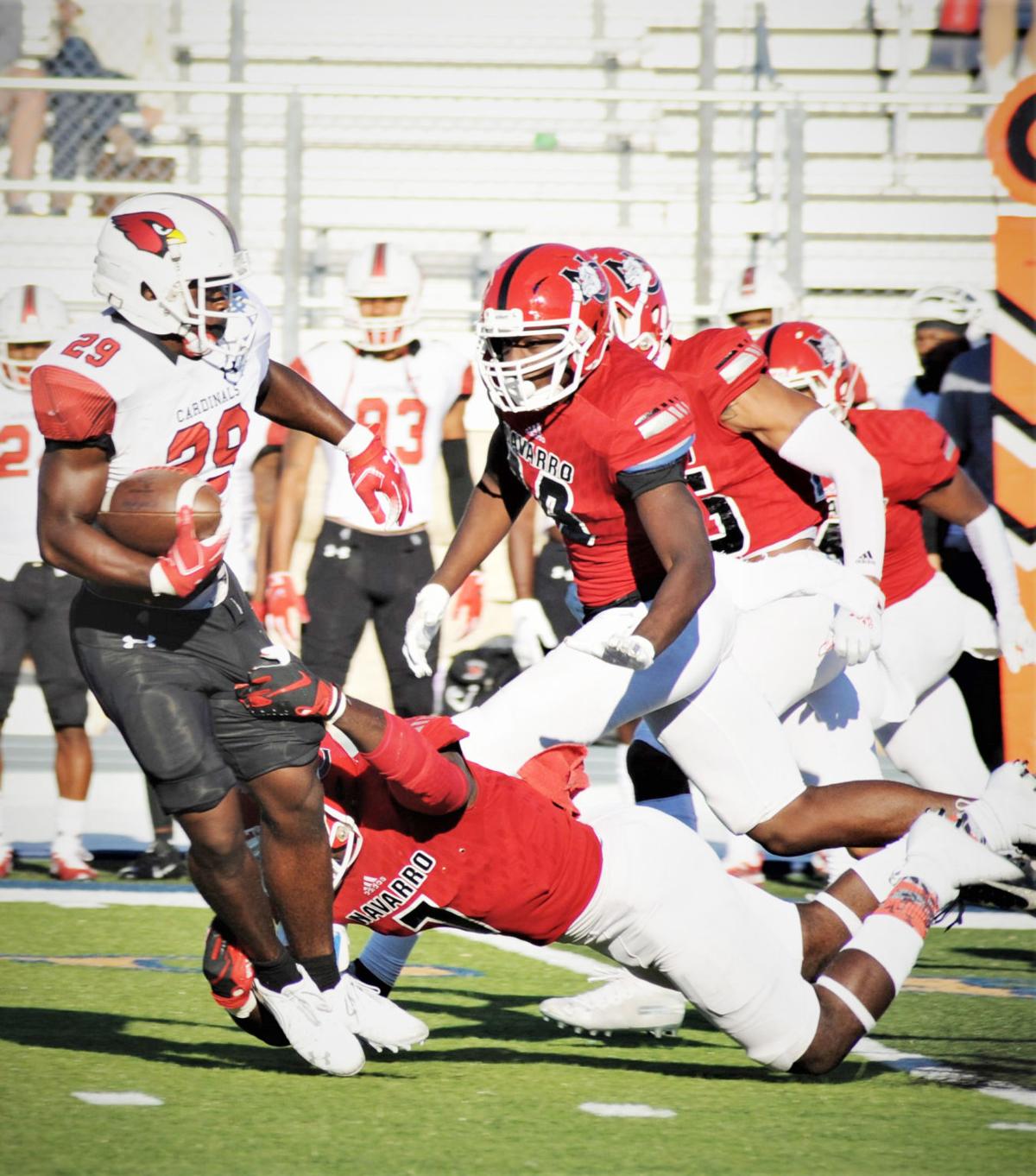 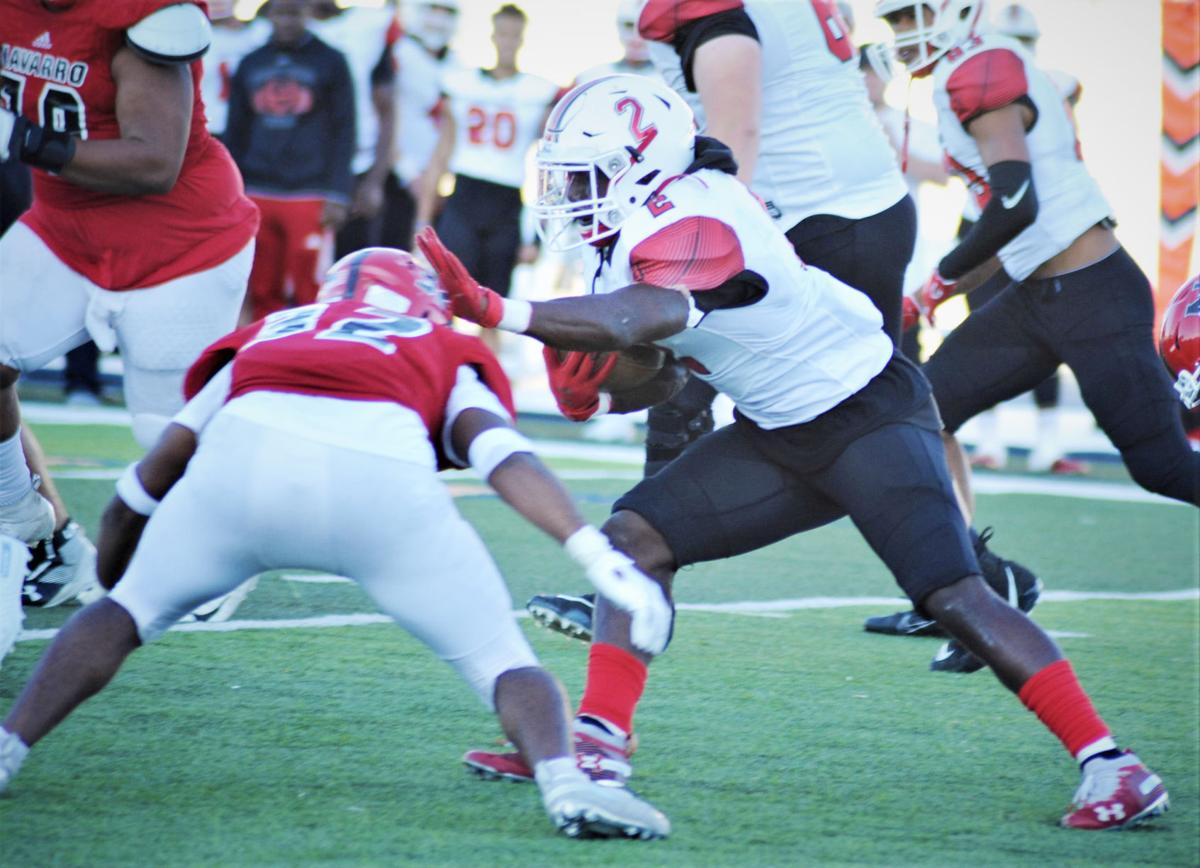 TVCC’s Ja’Quan Tillis fends off Navarro’s Eli Hunter in the Cardinals’ 45-44 win at Navarro on Saturday.

TVCC’s CJ Williams makes a catch as Navarro’s Josh Bowers tries to cover him in the Cardinals’ 45-44 win at Navarro on Saturday.

TVCC’s Ja’Quan Tillis fends off Navarro’s Eli Hunter in the Cardinals’ 45-44 win at Navarro on Saturday.

It's always a fun time when the Trinity Valley Cardinals and the Navarro Bulldogs get together. These two rivals squared off in Corsicana this past weekend and the end result did not disappoint.

The Cardinals came out on top in this road thriller, 45-44, despite committing four turnovers, to clinch the No. 2 seed in the SWJCFC standings and return to the postseason after missing it last year in head coach Sherard Poteete's first full season.

TVCC rallied back from a 44-31 deficit early in the fourth quarter.

The Cards put up 558 total yards of offense. Jeremy Hunt completed 24 of 41 passes for 274 yards and three touchdowns plus two interceptions.

They put up a total of 284 yards on the ground as Nate Davis led the way with 17 carries for 130 yards and a touchdown while Hunt and Makai Hart both had a rushing TD as well.

The Card defense racked up 110 tackles and had four with double digit tackles: Marques Williams with 14, Jaiden Dockery and Jaeden Ward with 11 and Race Moser with 10. Rasheed Lyles picked up two sacks while Christian Owens and Kamauria Kenny both had one. Kendre Lackey picked up a fumble.

The Cards finish the regular season at 7-2 and 5-2 in conference play. They return home to Bruce Field this Saturday to host the SWJCFC regional semifinal for a rematch against the Bulldogs at 3 p.m.