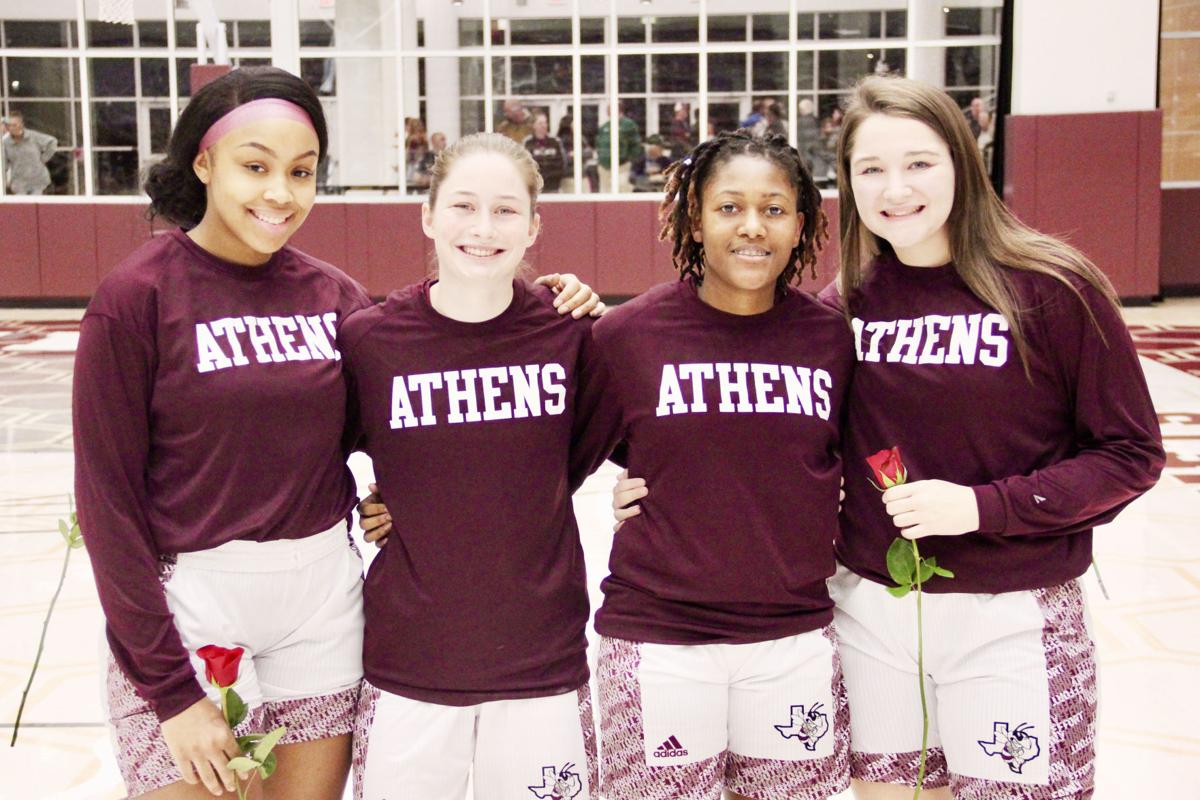 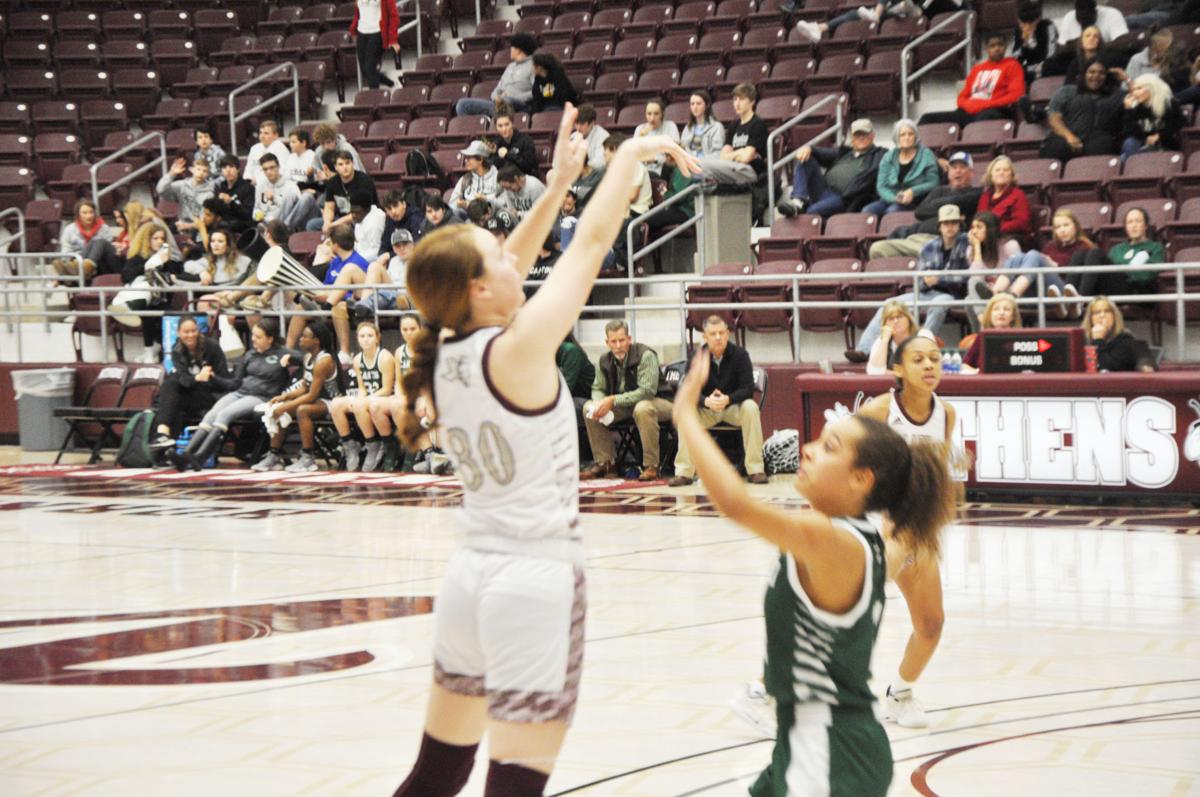 Karlie Cook shoots a three-pointer against a Canton defender in Athens’ 56-49 loss to the Eaglettes on Tuesday for Senior Night. 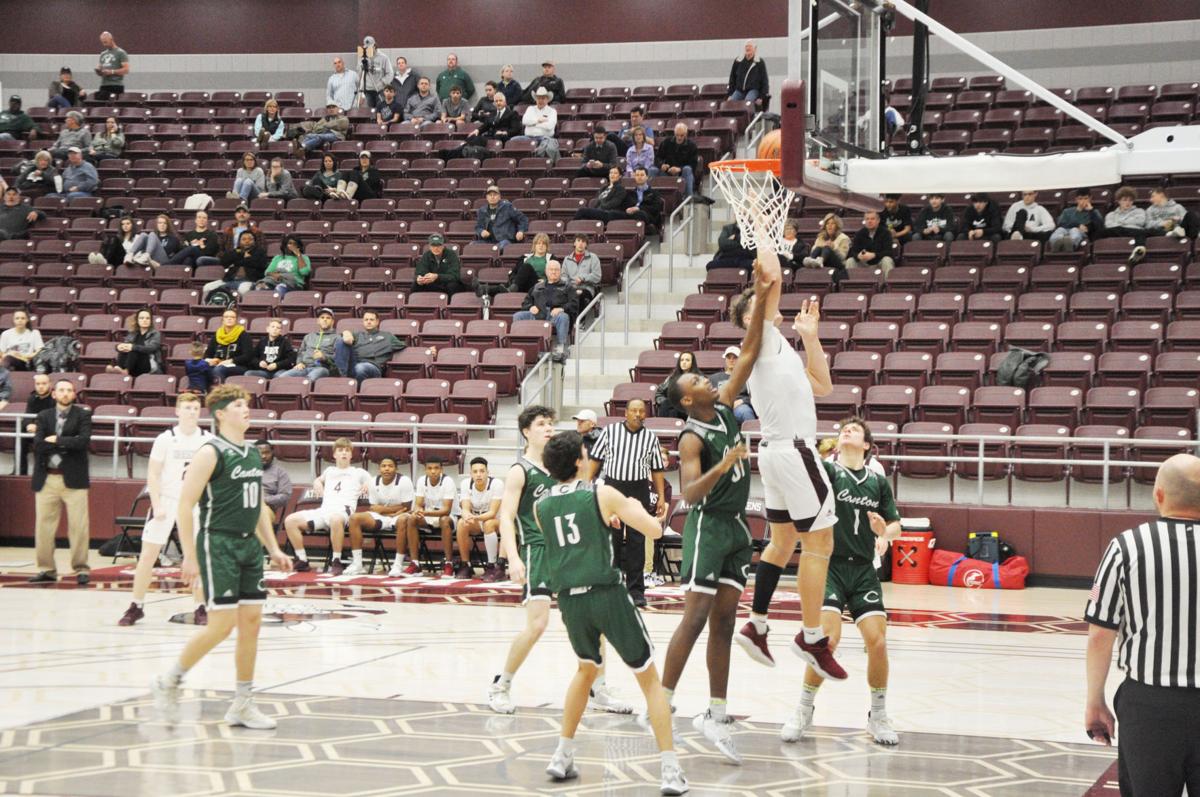 Rowdy Godwin jumps for a layup in Athens’ 43-39 home loss to Canton on Tuesday.

Karlie Cook shoots a three-pointer against a Canton defender in Athens’ 56-49 loss to the Eaglettes on Tuesday for Senior Night.

Rowdy Godwin jumps for a layup in Athens’ 43-39 home loss to Canton on Tuesday.

Athens varsity basketball hosted Canton on Tuesday night, as the Lady Hornets took on the Eaglettes for Senior Night and their regular season finale and the Hornets played the Eagles.

Canton opened with the 8-2 lead before Athens jumped ahead, 12-11, following a 10-3 run to close the first quarter.

Canton opened the second with the 16-12 lead. Karlie Cook’s three-pointer and Corian Hudson’s basket gave the Lady Hornets the 17-16 lead with 5:13 until halftime.

As Canton led 30-22 with 47 seconds, Mimi McCollister closed the first half with consecutive three-pointers and Athens trailed 30-28 at the break. She dropped ten points in the first half.

Her third straight three-pointer gave the Lady Hornets the 31-30 lead to start the second half.

Kyra Dawson went down with a right leg injury with 6.9 seconds, was helped up and did not return to the game.

Athens responded with an 8-1 run, including four from McCollister, and it was 52-48 Canton with 1:47 to play. However, an Eaglette layup and two free throws iced the game with 26 seconds left and Canton defeated Athens, 56-49.

Athens led 8-6 before Ja’Braylon Pickens and Braden Hawkins combined for six points to give Canton the 12-8 lead after the first.

Canton led 19-16 with 45 seconds until halftime. Killingsworth’s field goal cut it to 19-18, but Justice Collier drained a three-pointer at the buzzer as the Eagles led at halftime, 22-18.

The Eagles opened the third quarter with an 8-2 run and led 30-20. Godwin had four points and Grant Wood dropped a three-pointer around a pair of three’s by Chris Hobbs and the score was 36-27 in favor of Canton going into the fourth quarter.

As Pickens gave the Eagles the 38-27 lead, Godwin had back-to-back baskets and Athens trailed 38-31.

After Collier’s basket built it to 40-31, Connor Woodard led an 8-2 run with consecutive three-pointers and Athens trailed 42-39 with 2:54 left in action.

However, no team scored another basket for the next  two-and-a-half minutes until Smith drained a free throw with 6.3 seconds. That would be it as the Eagles held off the Hornets, 43-39.