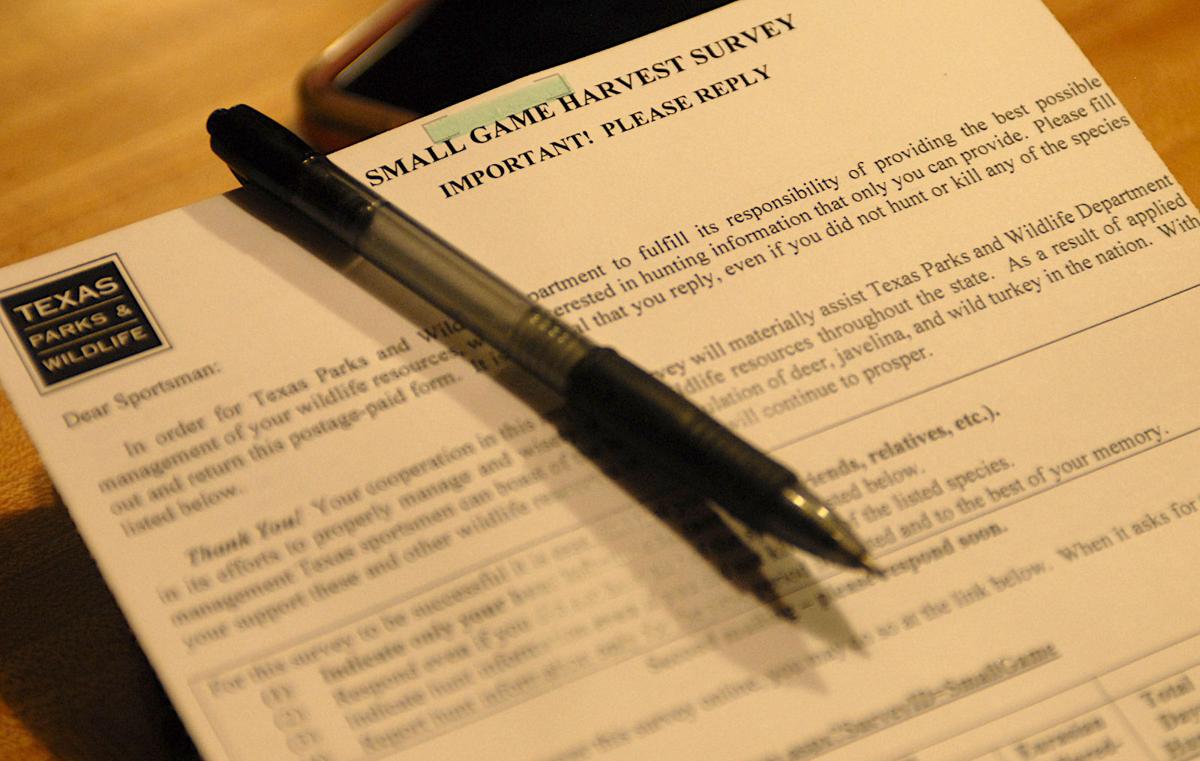 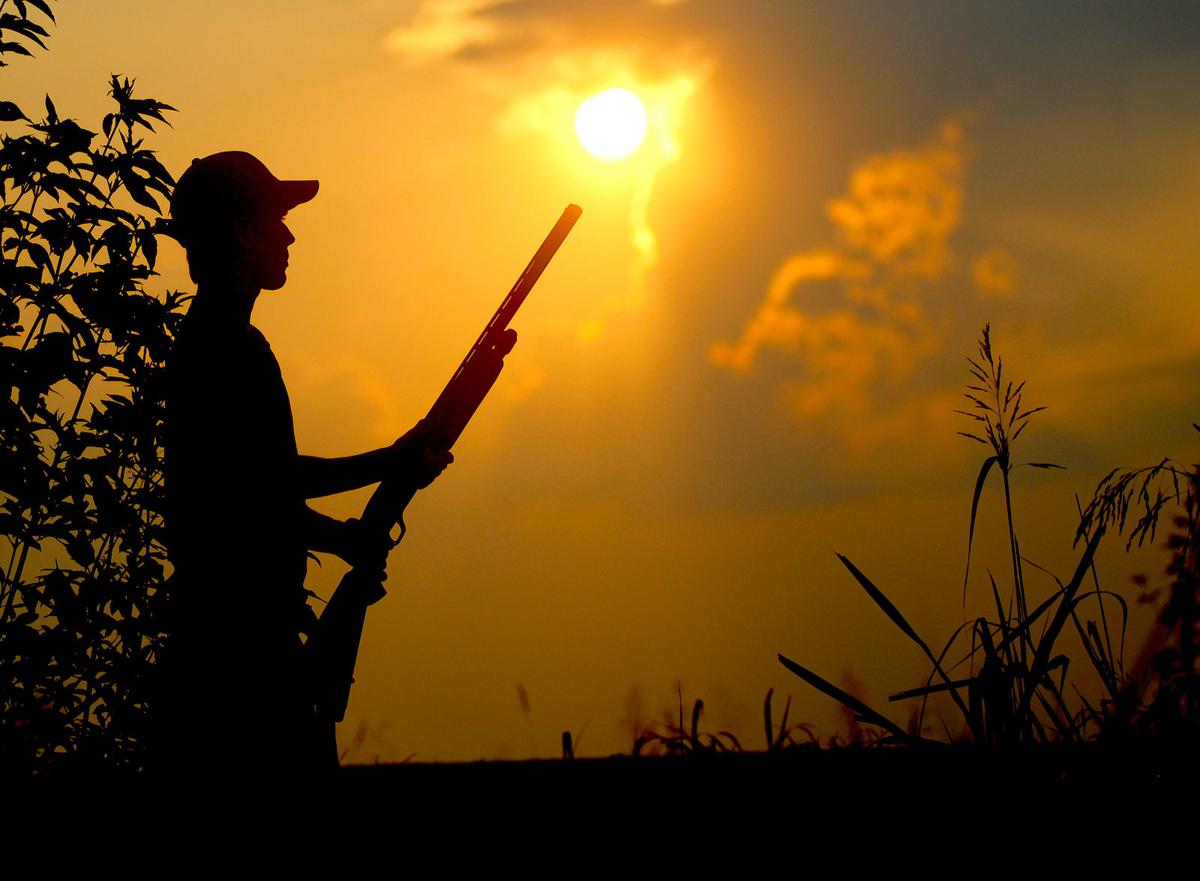 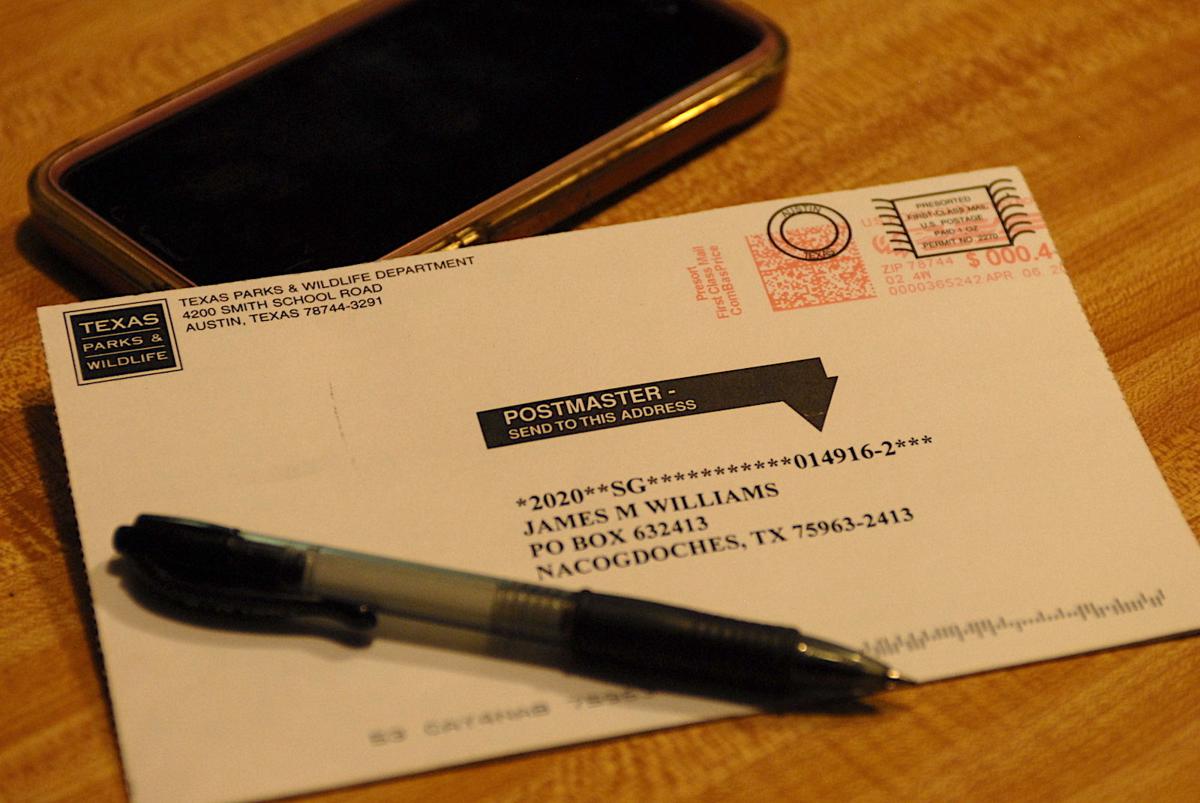 Everybody with a mailbox or e-mail address receives their share of junk mail. Appearances can sometimes be deceiving. Just because a document may look like junk doesn’t mean it is.

So it goes with a series of important surveys that are sent out randomly to thousands of Texas hunters via postal mail or e-mail each spring by the Texas Parks and Wildlife Department. Sadly, most get tossed in the trash and are never returned.

The surveys — including big game and small game harvest surveys — take less than 5 minutes to complete and they provide the department with a wealth of useful intel.

Surveys also are sent to public land hunters, state draw hunt participants and special permit awardees to gauge their hunting success and the quality of their experiences.

Though such information may not mean much to someone on the outside looking in, it is a vital piece to the puzzle for TPWD wildlife managers when it comes to setting bag limits, season dates, assessing buck/doe harvest rates, assessing hunting pressure and calculating hunter success rates statewide and on localized levels.

Apparently, modern Texas hunters don’t see the same value in taking the few minutes required to complete such a survey when they receive one. The return rates on surveys are downright shabby today in comparison what they used to be.

In the mid-1980s, the return rate on TPWD’s Big Game Harvest Survey was around 50 percent. By 2017-18, the number of respondents had dropped to 10 percent, according to Jon Purvis, the TPWD wildlife analyst in charge of administering surveys and crunching the numbers.

Purvis added that general framework of the survey and the number of hunters who receive it have changed over the years, but the number of questions asked is the same.

The methodology for administering the surveys has changed, too. For years, 25,000 surveys were sent to randomly selected hunters by postal mail only.

TPWD recently bumped the number of big game mail-outs to 100,000 and added 25,000 e-mail recipients in hopes of increasing the sample size. The department’s Small Game Harvest Survey was sent to 40,000 hunters this year, 20,000 of them by e-mail. All mail-out surveys contain a link so recipients can respond online.

“It’s frustrating,” Cain said. “I would hope that hunters would take a vested interest in the resource that they hunt. For us to be able to have the best data to make the best management decisions with bag limits, season lengths, dates, etc…., we need to know how many animals people are harvesting. We’re certainly not interested in finding out where everybody’s honey holes are at.”

It is anybody’s guess as to why response rates are so low, but Cain thinks it may have something to do with the fast-paced lifestyle many people lead.

“Maybe they are apathetic to it or they just forget, but I think it is more likely because they are just busy and don’t want to take the time,” he said. “That’s one reason we started offering the opportunity to report online a couple of years ago. It’s easier.”

According to Purvis, it is important for everyone who receives a hunting harvest survey to complete and return it, regardless if they were successful or not.

“Knowing that a person did not hunt, or hunted and was unsuccessful, is just as important as knowing they did well,” he said. “If only successful hunters responded, we’d think all hunters did well, and that would give a very different outlook on a season than what happens in many places.”

Check your mail. If you receive a survey, do the responsible thing. Complete and return it in a timely manner. It’s a small job that can be a big help to the state game managers who look after our wildlife resources.