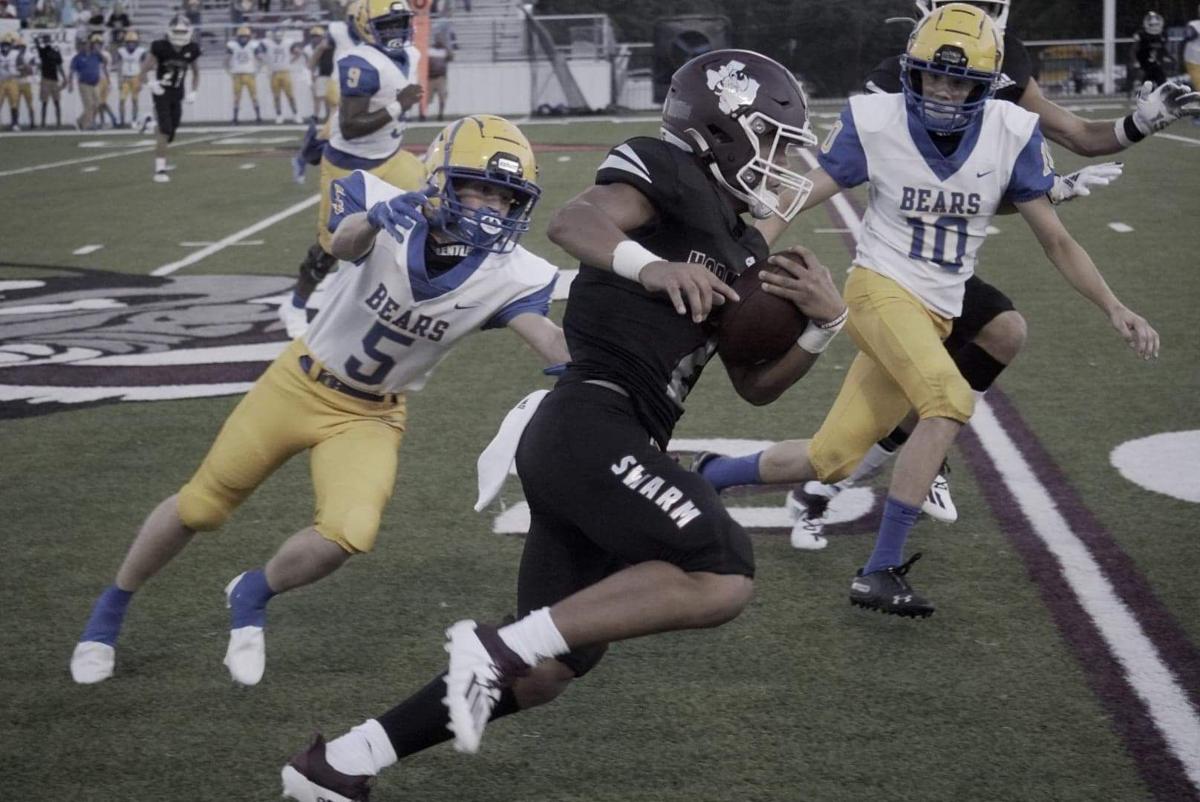 Athens sophomore quarterback gets around the attempted tackler of Brownsboro Bears defender Steven Cantu in the Hornets' 42-28 victory Friday at Bruce Field. Arroyo had four rushing touchdowns for the Hornets. 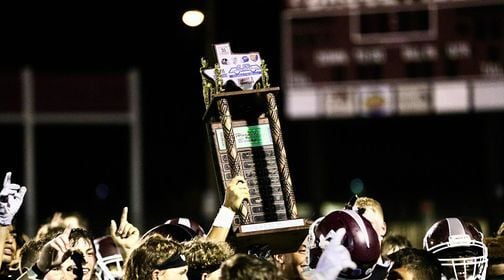 The Highway 31 trophy remains with the Athens Hornets following a 42-28 victory over the Brownsboro Bears Friday at Bruce Field.

Athens sophomore quarterback gets around the attempted tackler of Brownsboro Bears defender Steven Cantu in the Hornets' 42-28 victory Friday at Bruce Field. Arroyo had four rushing touchdowns for the Hornets.

The Highway 31 trophy remains with the Athens Hornets following a 42-28 victory over the Brownsboro Bears Friday at Bruce Field.

The 2020 season kicked off Friday night with highly contested matchups all across the county.

Here is a recap of the Henderson County area teams with full coverage of the Athens, Eustace and Malakoff games to be published in the Tuesday edition of the Athens Daily Review.

ATHENS – The 19th overall meeting in the history of the series went the way of the Athens Hornets at Bruce Field.

The Hornets (1-0) picked up a 42-28 victory to keep the Highway 31 championship trophy at Bruce Field for another year.

In the third meeting of the Highway 31 championship, Athens now holds a 2-1 lead in the series.

The two teams have met the past five seasons, and Athens is 4-1 in those meetings.

Athens sophomore quarterback Ty Arroyo had a big night for the Hornets with four of their touchdowns on runs of 37, nine, 46 and 54 yards.

Athens travels to the Waxahachie LifeMustangs next week, while Brownsboro hosts the Fairfield Eagles. Both games are scheduled to kickoff at 7:30 p.m.

For a full recap on the Athens and Brownsboro contest, check out the Tuesday edition of the Athens Daily Review.

CROSS ROADS – The Cross Roads Bobcats opened up their outlaw schedule with a 41-12 loss to the Dasche Spartans Friday at Rock Tower Stadium.

EUSTACE – The home opener for first-year coach Monty Leaf ended with a 17-14 loss to the Blooming Grove Lions Friday at the Boneyard.

Eustace (0-1) returns to the Boneyard to face the Lone Oak Buffaloes next week. Kickoff is set for 7:30 p.m.

For a full recap on the Eustace and Blooming Grove contest, check out the Tuesday edition of the Athens Daily Review.

PALMER – The opener for coach Lee Wilkins and the Kemp Yellowjackets did not go off the way the Yellowjackets hoped in a 35-7 loss at Palmer.

GRANDVIEW – The Malakoff Tigers fought hard but came up just short in a 31-24 loss to Grandview Friday at Grandview.

Grandview's defense with a goal-line stand to win it in overtime for the second straight win over the Tigers. Grandview beat Malakoff 14-13 last year in Malakoff during the regular season.

MABANK – Head coach Zach Hudson and the Mabank Panthers dropped their home opener at Panther Stadium with a tough 17-12 loss to the Bullard Panthers.

TRINIDAD – The Trinidad Trojans had a tough opener to the season under first-year coach Aaron Colvin.

In the home opener, Tyler HEAT won 58-14 to give Colvin his first loss as a head coach.

The Trojans (0-1) return to action next week as they travel to Penelope. The Wolverines defeated Morgan, 48-0, in their opener Thursday.