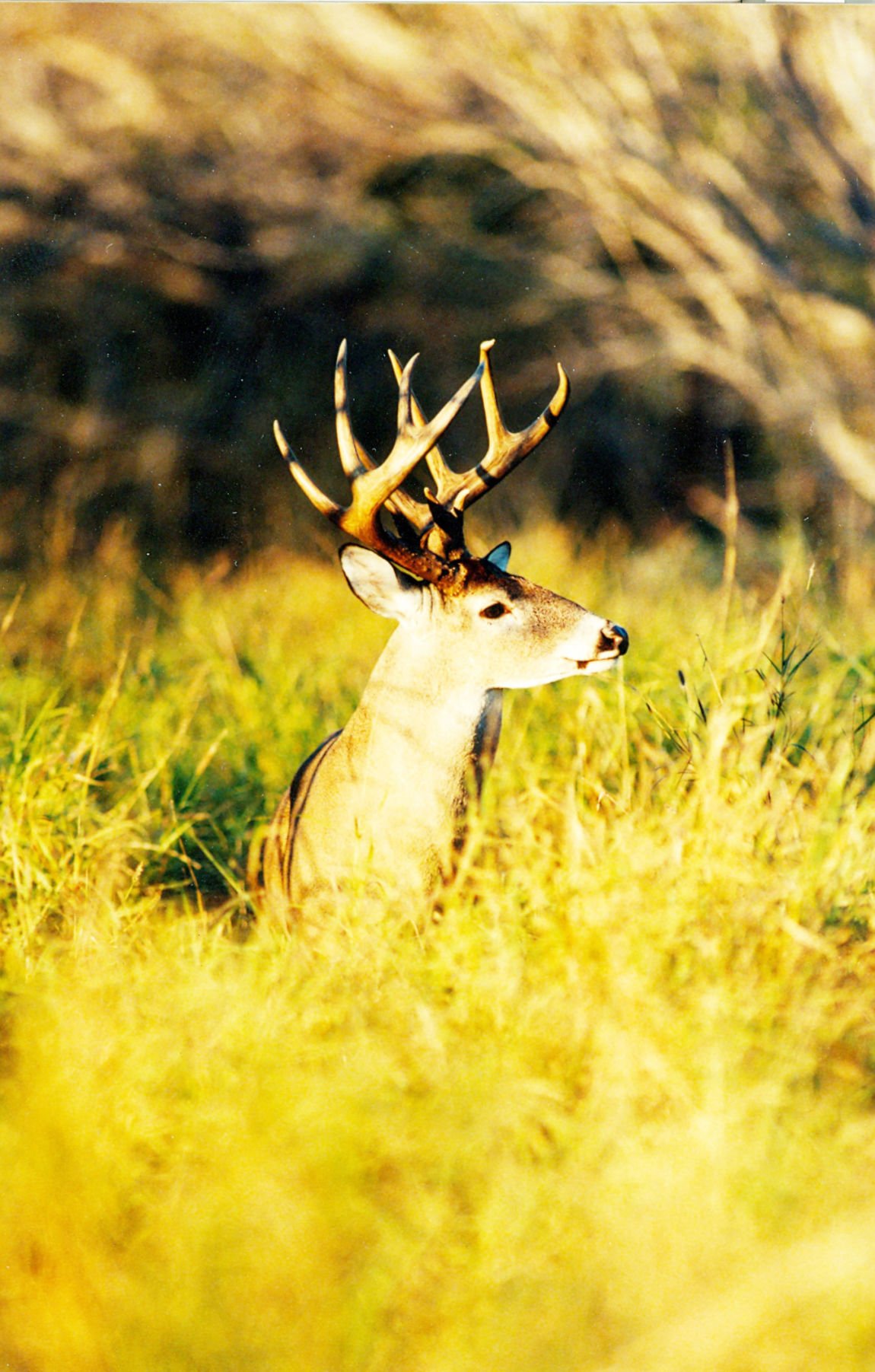 Banner habitat conditions combined with a mild winter, spring and early summer are pointing to above average antler quality on bucks and excellent reproduction and fawn recruitment across most of the state. 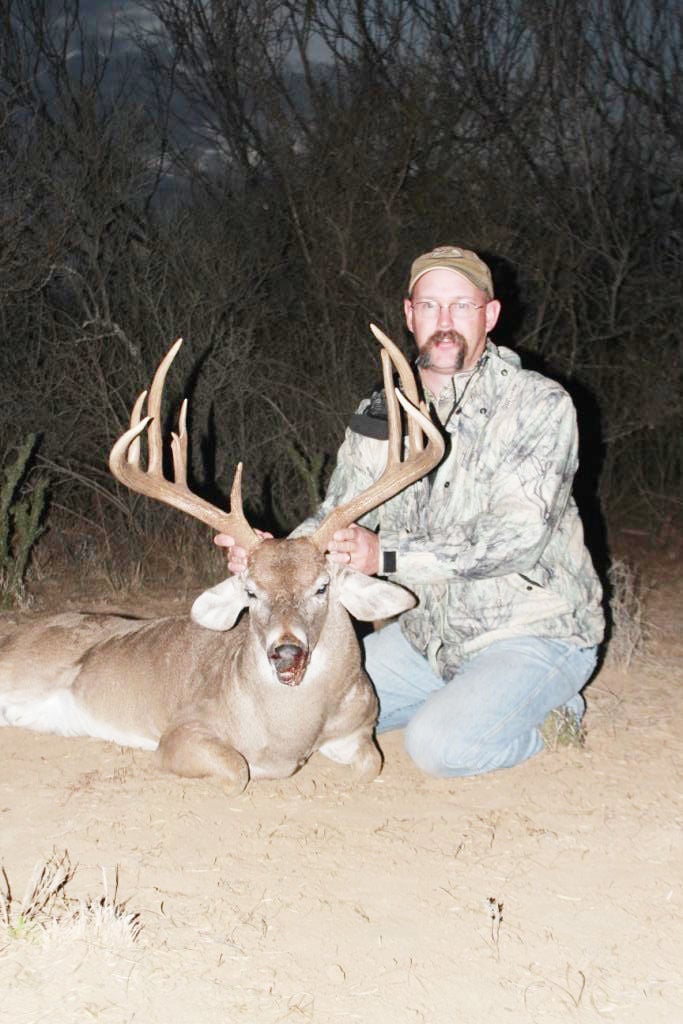 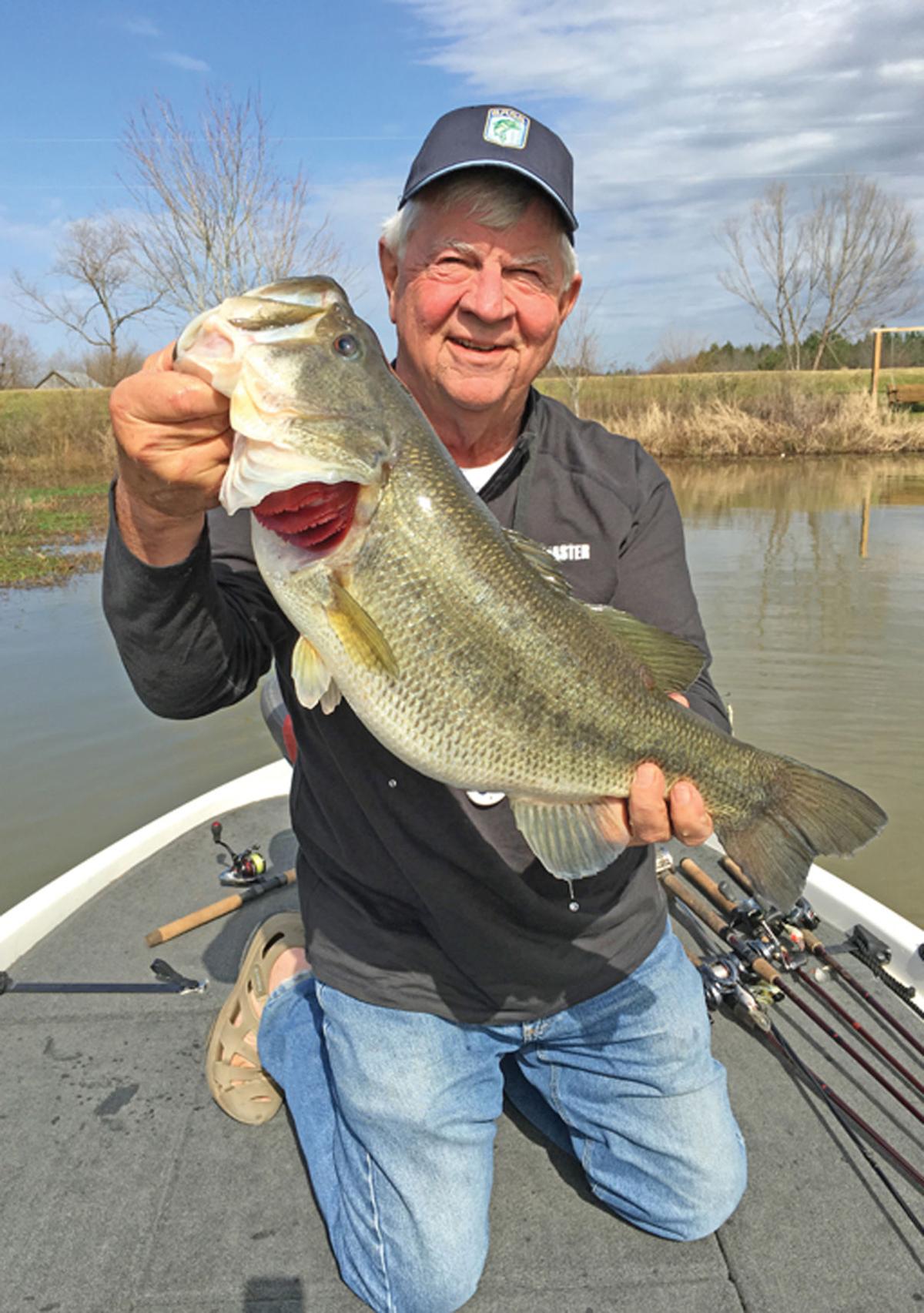 Banner habitat conditions combined with a mild winter, spring and early summer are pointing to above average antler quality on bucks and excellent reproduction and fawn recruitment across most of the state.

You’d never know it by a dusty July, but we’re on the backside of what has been one of the wettest, most water-logged years in Texas history. Some areas of the state tallied record rainfall totals as the result of a funky jet stream pattern that ushered in near-biblical amounts of precipitation beginning last fall, causing rivers to flood, roads to wash, lake levels to climb well above normal and dams to breach.

All the moisture caused us humans a wealth of problems, but our wildlife struck it rich when the soaking rains met with a mild winter, spring and early summer that created great habitat for ground nesting birds like turkeys and  quail and banner fawning and antler growing conditions for white-tailed deer.

With opening day of the general deer season roughly three months away, Texas’ 700,000-plus whitetail hunters may be pondering thoughts about what might be in store this season.

Alan Cain says there is plenty to be excited about. The veteran wildlife biologist heads up the white-tailed deer program for the Texas Parks and Wildlife Department.

Texas’ deer herd is a massive one. Current estimates show it to consist of about 5.4 million animals, which equals about 48 deer per 1,000 acres. That’s  one deer for every 21 acres of monitored deer range.

Cain recently turned over his 2019-20 whitetail hunting forecast and the outlook appears to be promising throughout the state’s vast deer range.

Cain’s report indicates the foundation for a positive outlook was laid months ago, when fall rains drenched much of the state and turned the landscape ripe with valuable forage that lasted well into spring with mild winter conditions.

“Those winter weeds provided high quality forage for deer at a critical time when they are rebuilding body reserves lost over the winter and through the rigors of the breeding season,” says Cain. “Wet weather patterns continued into early July, solidifying the excellent habitat conditions not only in terms of available nutritional forages but abundant cover as well. These conditions should translate into above average antler quality, reproduction, and recruitment for white-tailed deer. Hunters should expect an excellent deer season in 2019.” Here’s a synopsis of Cain’s report:

With an estimated population of 2.4 million animals, the Edwards Plateau supports more deer than any other geographical region. It’s the best place for seeing numbers of deer in the field and stocking the freezer with venison.

Cain says expectations are above average this season. Hunters can expect to see a strong cohort of 6 1/2 year old bucks as the result of good fawn production in 2013. Areas around Llano and Mason counties support the most deer, while areas extending from Del Rio to Junction to Ozona and Hondo to Del Rio are most promising for bigger bucks.

The biologist encourages hunters to utilize their antlerless deer tags to help lower deer populations, improve the habitat and bring buck/doe ratios more in balance. Hunter success in 2018 in the Edwards Plateau ran about 78 percent.

For quality bucks, this is it. Cain says hunters should expect to see more 4 1/2 year old bucks in the population as a result of a good fawn crop in 2015, but fewer bucks in the 5 1/2 year old age group. Antler quality should be above average due to excellent habitat conditions and deep soil moisture than will allow bucks to maximize antler growth. Hunter success is estimated to be 74 percent with an estimated harvest of 7.7 deer per 1,000 acres.

Cain says fawn production should be above average this year thanks to banner spring conditions. Although doe/buck ratios are somewhat skewed at 4.5 to 1, age and antler surveys from 2018 indicate that about 63 percent of the bucks harvested were 3 1/2 years old or older.

Cain predicts the trend to continue this season with some good quality bucks in the field, including some outstanding 6 1/2 year olds from the 2013 fawn crop. Hunters logged a success rate of 61 percent last season.

Cain says the Pineywoods deer population has fluctuated from about 220,000 to 284,000 over the last five years with fawn production ranging 16-35 percent during the same time period. Well-managed properties typically have the best deer densities and fawn recruitment.

Good fawn recruitment is expected this year and hunter can expect to see good numbers of 1 1/2, 2 1/2 and 6 1/2 year old bucks in the field. Harvest data shows nearly 60 percent of the bucks harvested are 3 1/2-plus with similar trends continuing this season.

As always, Cain says hunters can expect some tremendous bucks to be killed in the Pineywoods this year. Hunter success in 2018 was around 55 percent.

Second highest in overall deer numbers, the region in north and central Texas has seen positive population growth since 2005. Cain says fawn production has exceeded 50 percent every year, except 2011 and 2018 when extreme drought caused recruitment to drop to around 44 percent.

The biologist says the age structure among bucks is well distributed and he expects to see good numbers of mature deer in the harvest this season, including some 6 1/2-7 1/2 year olds carrying over from good fawn recruitment years in 2012-13. Hunter success last season was about 66 percent.

Although the region supports fewer deer than other parts of the state, the quality can be outstanding. It will be a good bet for hunters looking for bragging size buck this season.

Cain said harvest success in 2018 was slightly higher in the eastern plains (68 percent), compared to 61 percent in the western portion.

Every deer season is a good one in Texas, but this one shaping up to be exceptional. Time well if the forecast holds true.

Veteran scribe Precht hanging it up at Bassmaster

After 40 years at the helm of the Bass Anglers Sportsman Society’s  communications department, Dave Precht has decided to hang it up. The veteran scribe is retiring at the end of July.

Precht’s Bassmaster career dates back to 1979 when he left the  Houston Post to become editor of one of the organization’s now defunct sister publications, the Southern Outdoors. In 1984, he became editor of Bassmaster Magazine and eventually promoted to Vice President of Publications and Communications.

An avid angler himself, Precht was inducted to the Freshwater Fishing Hall of Fame and the Legends of the Outdoors Hall of Fame in 2018.

Fish populations bouncing back on Llano

Good news from the Llano River in the Texas Hill Country.

Less than a year after heavy flooding ransacked the scenic waterway and the piscatorial life that lives there, scientists with the Texas Parks and Wildlife Department say the river’s habitat and aquatic life appears to be bouncing back nicely.

In late June, fishing sampling surveys conducted at 10 sites near  Castell showed good numbers of juvenile largemouth and Guadalupe bass in the river.

Guadalupe bass averaging about 2.2 inches long represented 26 percent of the fish collected in the survey — a good sign the fish pulled off a successful spawn last spring, according to TPWD aquatic biologist, Preston Bean.

Additionally, the sampling showed a robust population of invertebrates, which indicates plenty of food to keep the budding sport fish population fat and sassy.

According to TPWD, it will likely take several years before quality of fishing on the Llano returns to what it was before big floods devastated the river last fall.