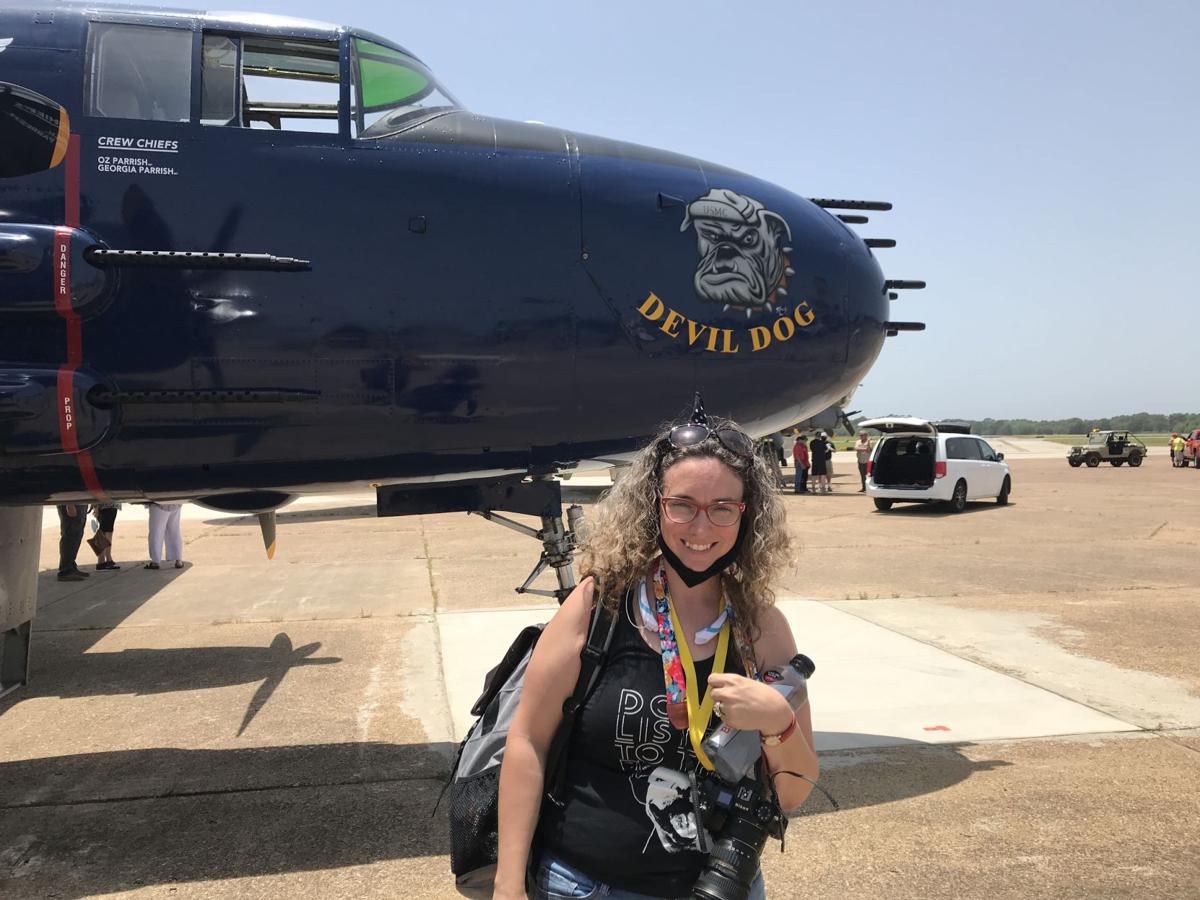 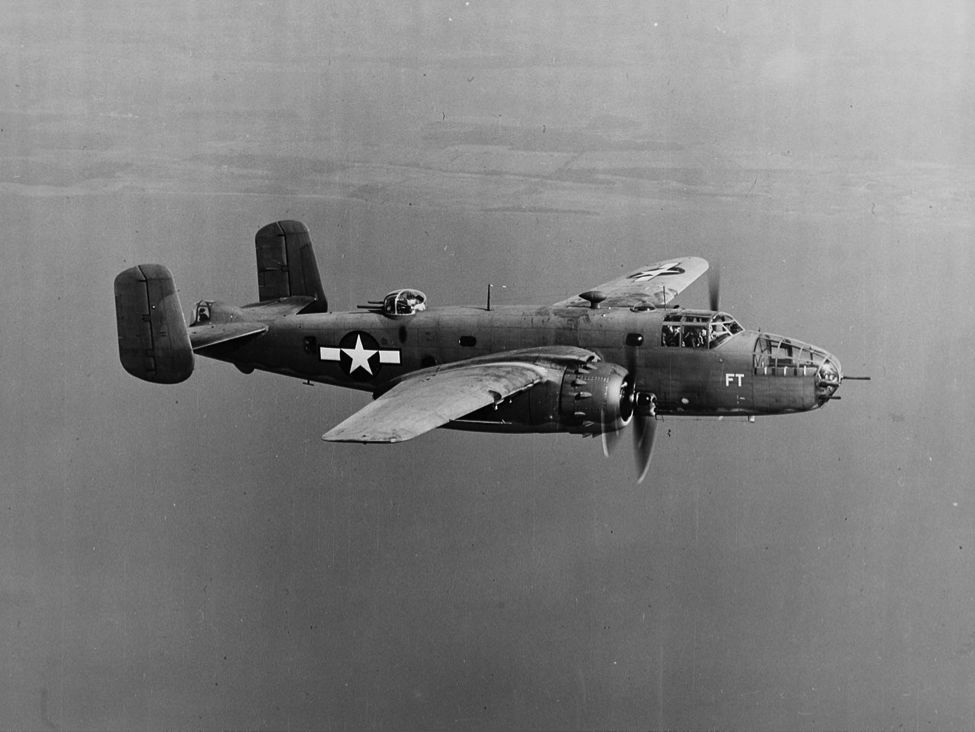 When I got the call June 2 that I would be able to ride in a Mitchell B-25 bomber, you can bet I was heading to the airport! With my love of adventure and not passing up new experiences, it was a no-brainer. What I didn’t prepare for was the magnitude of the experience.

Upon arrival they make you sign your life away, and if you aren’t right with Jesus, you definitely get in a little praying. Ha!

I will paraphrase the release:

This plane is an antique, built in the 1940s and very hazardous to fly in. There is no guarantee you won’t die, so please sign this form and don’t sue us, but have fun!

So, I did what any other red-blooded American would do. I signed the form and jumped on the plane… 'MURICA!

You get in there and it literally is a living, breathing museum. It is hot like an oven. The plane is widest in the front, large enough for two people, and narrows down to one person width in the back. After the safety briefing, we took off.

Once we got a little altitude, crew members told me and the other passenger, Suzanne, that it was safe to get up and we could move around. First place I went is into the tail.

There is a gunner area back there that has a near panoramic window. Since the plane narrows substantially, it is only accessible by crawling into the tail where you wiggle up and pop up into the gunner area. If you hit a little turbulence on the way back there it is really fun…seriously, it was fun.

My, oh my, is all I can say. I popped up in that hole and my breath caught in my chest. It was breathtaking and a tear came to my eye. Absolutely killer views and the best seat in the house. I didn’t want to leave, but another passenger was eagerly awaiting her turn. To exit the gunner area, you drop off of the stool and crawl backwards. When I did we caught an air pocket and I felt my stomach fly for a minute. It was awesome.

As if that wasn’t enough, you start thinking about who else sat or crawled there. I pictured handsome and brave 18 and 19 year-old guys rushing around preparing to fight for their lives and defend our freedom.

Their trip was not for fun, they were answering the country’s call. Were they scared? Did they make it home?

The B-25 in particular was made famous in the Dolittle Raids over Tokyo. Which was a very daring mission, a video link will be posted online to learn more about it.

Yes, it was like a time machine more than a plane. The “great generation” flew in these birds. Those that fought in WWII had also grown up during the Great Depression. They lived through the Spanish flu, and many other huge historical events. They lived their life and did what they had to do.

People had to grow up faster then. Instead of worrying about having the latest iPhone, they were worried about the crops getting rain, Hitler invading the world and killing millions, their friends in Pearl Harbor, and so many other big things.

Today, we have some heavy things we are dealing with, but unlike them, many in our society do not seem equipped. We do not get a participation trophy for living life. You either survive or thrive, we are supposed to aim for the latter. Life, Liberty and the pursuit of happiness, that is the American dream.

They knew something we have forgotten. When engaged in a battle, some enemies attempt to divide and therefore weaken their opponents. They stood as one unit, the entire nation worked together knowing, united we stand, divided we fall.

I continued to move throughout the plane crawling and dodging obstacles. As we flew I saw the other warbirds outside the window, such as Hell Diver, the only one left flying, flying in pattern with us. We were flying as one unit. Like the Bible says, in one mind and one accord. That is when the magic happens.

It was an awe inspiring experience. I settled back in my seat, buckled up and looked out of the window past the machine gun, feeling blessed.

History, even the parts we do not like have to be preserved. The Holocaust Museum in Dallas is a very sad place to visit. It is not there to make us feel good. It is there so we never forget, and therefore never repeat it. Preserving and knowing history is more important now than ever.

I’m glad I took the chance to fly in that bird, to live and breathe in history, and so thankful for those that made the efforts to share it with me in such an amazing way.

Will we handle our times with such grace and bravery?