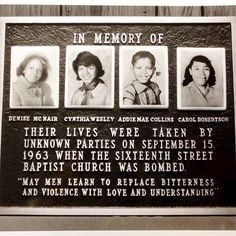 "May we learn to replace bitterness and violence with patience and understanding." 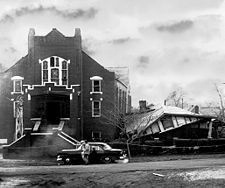 "May we learn to replace bitterness and violence with patience and understanding."

I thought we'd come farther than this.

The debate, displays of anger and sometimes violent confrontations between races that have arisen since the death of George Floyd, during an arrest in Minneapolis, have caused me to think back to my childhood in the early '60s. Those were the days before Civil Rights legislation brought down some of the barriers preventing black Americans from fully participating in the opportunities afforded others in the land of their birth.

There were black and white water fountains, black and white schools and black and white seating at concerts. Growing up in the bedroom community of Mesquite, I seldom saw a black person. But, because of television, I was certainly aware that there was a struggle going on. In the news, blacks were demonstrating for their civil rights and sometimes met with violent opposition.

One of the most heinous acts of the era happened in 1963 in Birmingham, Alabama. A bomb that rocked the 16th Street Baptist Church killed four African-American girls and injured more than 20 other people. The blast snuffed the lives of Carole Robertson, Cynthia Wesley, Ada Mae Collins and Denise McNair, ages 11 through 14. Their faces are immortalized just about any time you see a documentary of the racial conflict of the early '60s.

More than three decades later, in July, of 1997, while news director at KCKL FM, I got word that Bobby Frank Cherry, who was a suspect in the bombing, was living in the Payne Springs area and was being questioned by federal officers concerning the crime.

Cherry and his attorney held a press conference outside an office on South Prairieville Street in which he denied the charges. I remember, standing among the other members of the press, thinking this old man, then 67, didn't look much different from many others you'd meet in the Cedar Creek Lake area.

After he had finished his remarks, his attorney led him through the parking lot of what is now the Judicial Complex to a car. They had to walk a kind of zig-zag pattern to avoid being confronted by someone holding a TV camera, or a reporter, wanting just one more shot, or one more answer.

"I've never handled a stick of dynamite in my life," Cherry said, protesting his innocence in the bombing case.

But Cherry's background certainly revealed a history of racism in its highest form and violence.

During his trial, testimony revealed he was a member of the United Klans of America, a Ku Klux Klan group. Witnesses said he bragged about his part in the bombing.

And yet this man had been living in the Cedar Creek Lake area for years, with most people unaware of his poisonous past.

Cherry's attorney said at the Athens press conference may people's attitude toward race had changed in the 30 years since the bombing and Cherry was one of those people.

"Lord have mercy," Cherry said. "I hope they catch the bombers and I'm willing to do anything I can to help the authorities."

Later, a jury in Alabama found Cherry guilty of taking part in the bombing. He was sentenced in 2002, then died in prison two years later.

Thinking back on the Cherry case and the Athens press conference makes me wonder, how can a man ratchet up enough hate and anger at people of a different color to try to blow up a house of worship and kill unsuspecting people inside? And how after half-century are we still seeing discord between the races, with individuals of both colors shouting words of mistrust and anger?

Is all because we don't like the color of another person's skin?

Dr. Osagie Obasogie, a professor at the University of California’s Hasting College of Law wrote

"racism is about the social value we assign to people and their actions based on their physical attributes, and neither blind nor colorblind people avoid that acculturation just because they lack the visual cues. "

That throws the argument out the window that we judge people simply by their pigmentation. In fact whenever hearts are filled with hate, friends can turn against friends and members of the same family against their parents, brothers or sisters.

You would think that in the days since the bombing in Birmingham, with the words of people like Dr. King echoing in our brains we would have learned to truly judge people by what is in their hearts, rather than their appearance, voice, accent -or occupation.

The social value we assign to people shouldn't be based on one glance or one conversation, but by digging a little deeper to find who they really are and not just who they appear to be.

And, if we don't find that to our liking, we need to love them anyway. A heart filled with love is the one place hate can't live.