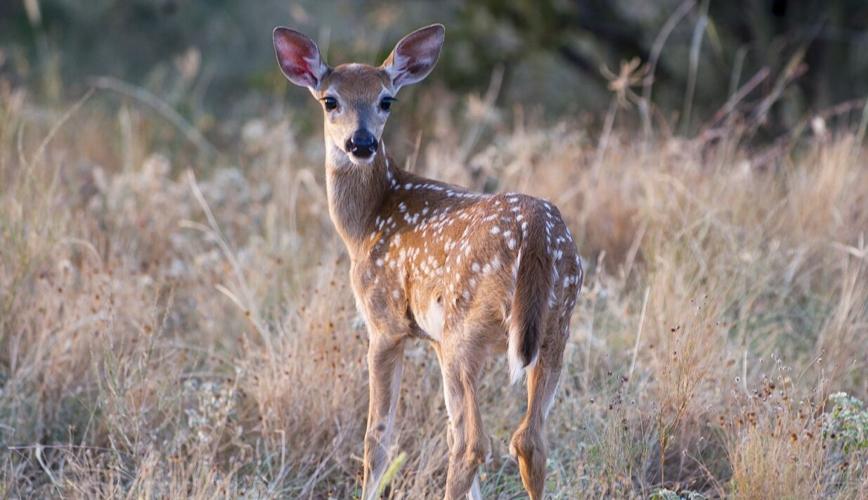 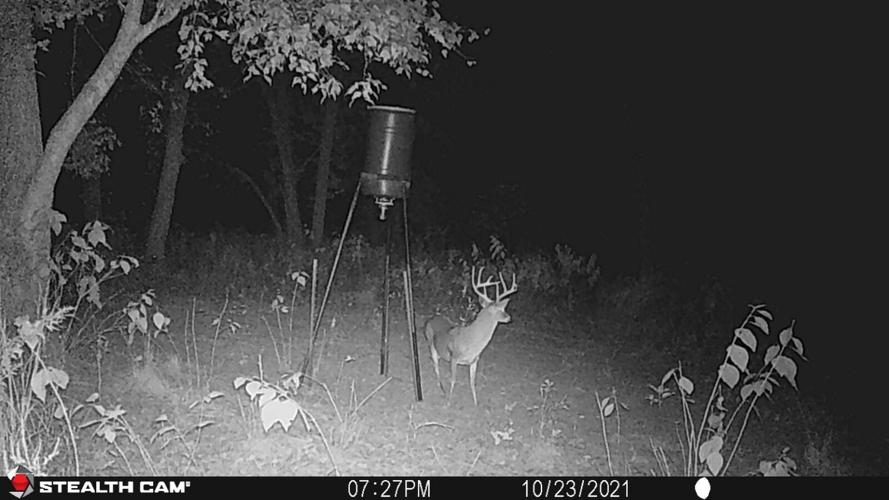 This game camera photo from 2021 illustrates what may be a common sight for Texas hunters this fall. With natural forage lacking due to limited rainfall, corn feeders are expected to be a big draw this year. (Photo by Matt Williams)

Gross Boone and Crockett scores by ecoregion based on TPWD age and antler survey data collect during each hunting season over the last 17 years. (TPWD graphic)

This game camera photo from 2021 illustrates what may be a common sight for Texas hunters this fall. With natural forage lacking due to limited rainfall, corn feeders are expected to be a big draw this year. (Photo by Matt Williams)

Gross Boone and Crockett scores by ecoregion based on TPWD age and antler survey data collect during each hunting season over the last 17 years. (TPWD graphic)

The 2022-23 hunting season for white-tailed deer is still months away. Whitetail junkies might be wondering how all the hot weather and lack of moisture across the state is impacting the deer.

Think of rainfall like fuel for the all-important habitat deer rely on to make a living. Things are good in years when moisture is plentiful and the woods are lush with summer goodies.

Premium habitat promotes antler development on bucks, critical nutrition to help does produce milk for fawns and plenty of ground cover where the little ones can hide from predators. It also helps carry deer into the fall months fat and sassy.

Antler development usually lags. Fawn survival typically takes a dive. And body weights of bucks and does are reduced. This is especially true on properties lacking in some sort of deer management effort.

Cain recently released his whitetail forecast for the upcoming season. Citing a lack of rainfall across much of the state, the biologist says deer could be in for tough times if things don’t turn around soon.

“As of early summer, the Texas deer population is facing some tough conditions throughout much of the state, and hunter expectations may be tempered a little for the 2022-23 hunting season,” Cain said. “Unbearable drought has gripped two-thirds of the state with no immediate relief in sight.    Temperatures in May and early June have exceeded multiple 100-degree days in South and Central Texas. Plus, the wind has been relentless, robbing the soil of moisture and leaving much of the landscape in a tinge of brown.”

While current conditions are not yet as bad as 2011, Cain believes it is moving that way in a hurry. About 70 percent of the state is currently in extreme to severe drought and another 20 percent in drought or abnormally dry. The only bright spot right now is eastern Texas, where range conditions are still in decent shape thanks to timely rains in April and May, he said.

“Short of a tropical depression that results in immediate improvements in habitat conditions hunters should generally expect below average antler quality and body weights, but harvest opportunity is likely to be high as deer will likely frequent feeders this fall,”

Texas supports a robust deer herd. The estimated population in 2021 was about 5.4 million animals, but Cain says he won’t be surprised to see a decline in 2022. The reason? Poor habitat conditions will likely spur below average fawn crops.

“The statewide five-year average fawn recruitment is approximately 38 percent,” Cain said. “It would not be a surprise to see the 2022 estimate dip below 30 percent.”

Cain is expecting similar numbers this fall. He predicts below average antler quality west of I-35, where rainfall has been lacking since last fall. In eastern Texas, timely spring rains should help bucks maximize antler growth.

Here is synopsis of Cain’s forecast by region:

Edwards Plateau: Home to Texas’ highest deer population — nearly 2 million. Hunters looking for opportunities to see lots of deer should put this area on their hit list. Annual success is about 76 percent.

Expect to see fewer mature bucks because of poor fawn recruitment in 2017 and 2018. Hunters will likely notice more young and middle-aged bucks; it may be a good idea to pass up some of those bucks and take a doe instead.

The best area for a big one is between Hondo to Del Rio and north of Highway 90. The three-year average indicates that 56.5 percent of the bucks harvested are 4.5 years old or older.

For sheer numbers, the area around Llano and Mason counties can’t be beat. Doe harvest is especially important here to relieve browsing pressure on habitats and help bring the buck/doe ratio more in balance.

Things are different in the western ‘Plateau, which was hard hit by anthrax in 2019. Cain says populations dropped by about 50 percent and are still recovering. Landowners and hunters may limit doe harvest in hopes of augmenting population numbers over the next couple of years.

South Texas: Well known for mature bucks with large antlers. Population trends show a stable population that may decline a bit in response to dry conditions and reduced fawn recruitment.

Hunter success in 2021 was 76 percent. Harvest should be up for 2022, but antler quality is expected to be below average due to marginal range conditions. Cain looks for some hunters and properties under management to pass on some of their better quality bucks in hopes they might bounce back in a wet year.

Post Oak: The northern portion of the region enjoyed a wet spring, which should lead to an average fawn production year.

Age and antler surveys indicate that 66 percent of the 2021 buck harvest was represented by bucks 3.5 years old or older. Look for the trend to continue in 2022 with average antler quality.    Although habitat conditions were reasonable through early June, declines in forage condition could make deer prone to visit feeders this fall. Hunter success in 2021 was about 61 percent.

Pineywoods: Population growth has remained relatively stable across the region despite relatively low fawn production (20-35 percent) the last five years. Most recent survey data from 2020 and 2021 estimate the population at 330,283 animals. Fawn production is expected to be average. Hunters can expect a few more bucks in the 4.5- to 5.5-year-old age classes relative to younger age class bucks.

Roughly 50 percent of the bucks harvested are at least 3.5 years old, a byproduct of the antler restriction regulation. Hunters should expect the same trend for 2022. Hunter success in 2021 was estimated to be 55 percent.

Cross Timbers: Maintains the second highest deer population (885,785 deer) in the state with the biggest numbers occurring in the central portion.

Population trends have grown steadily since 2005, but growth is expected to be minimal in 2022 with marginal habitat conditions and reduced fawn recruitment. Harvest from 2021 shows 67 percent of buck harvest was represented by bucks 3.5 or older. Hunters looking for mature bucks should not be disappointed. Hunter success for 2021 was estimated at 69 percent with similar numbers expected this season, possibly higher.

Texas landowners interested in learning about conservation tools and financial resources available for use in land management practices might want to attend one several upcoming workshops hosted by the Texas Agricultural Land Trust (TALT) and the Natural Resources Conservation Service (NRCS).

Workshops are slated for July and August in Nacogdoches, Weatherford, Lubbock, San Antonio and San Angelo.

“Providing resources to Texas farmers and ranchers to successfully manage their land is job number one for us,” said TALT CEO Chad Ellis. “There are a lot of resources out there to benefit the working lands of Texas, and there are many tools and avenues of financial support that some landowners may not be aware of. We are proud to partner with NRCS to provide this information to Texas landowners and those who serve them.”

The workshops will be held from 9 a.m. to    2 p.m. Lunch will be provided and pre-registration is advised:

Lunch will be provided, and all participants should register one week in advance.

The Pineywoods Chapter of the National Wild Turkey Federation will host its 33rd Annual Hunting Heritage Banquet on July 23 at the Pitser Garrison Civic Center in Lufkin. Doors open at 6 p.m.

Recognized as one of the top NWTF chapters in the nation, Pineywoods NWTF has been Texas’ leading chapter for decades, grossing over 2 million dollars for conservation of the wild turkey and preservation of the hunting heritage in Texas.

The chapter had the highest net income and the most sponsors members in 2021 and received top awards for both categories.

The upcoming banquet will feature live and silent auctions, games and bucket raffles for NWTF core package prizes, guns, hunts, knives, hunting blinds and kinds of other hunting goodies, plus some items for the ladies.