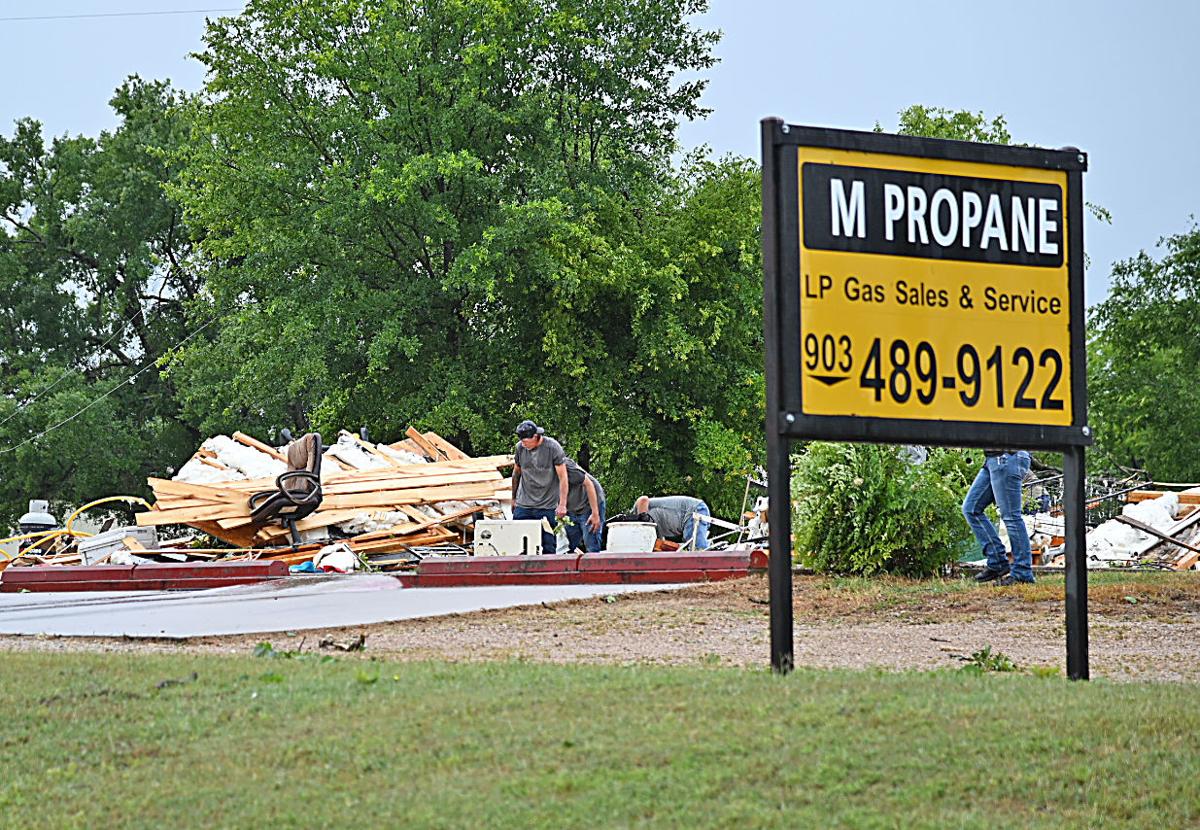 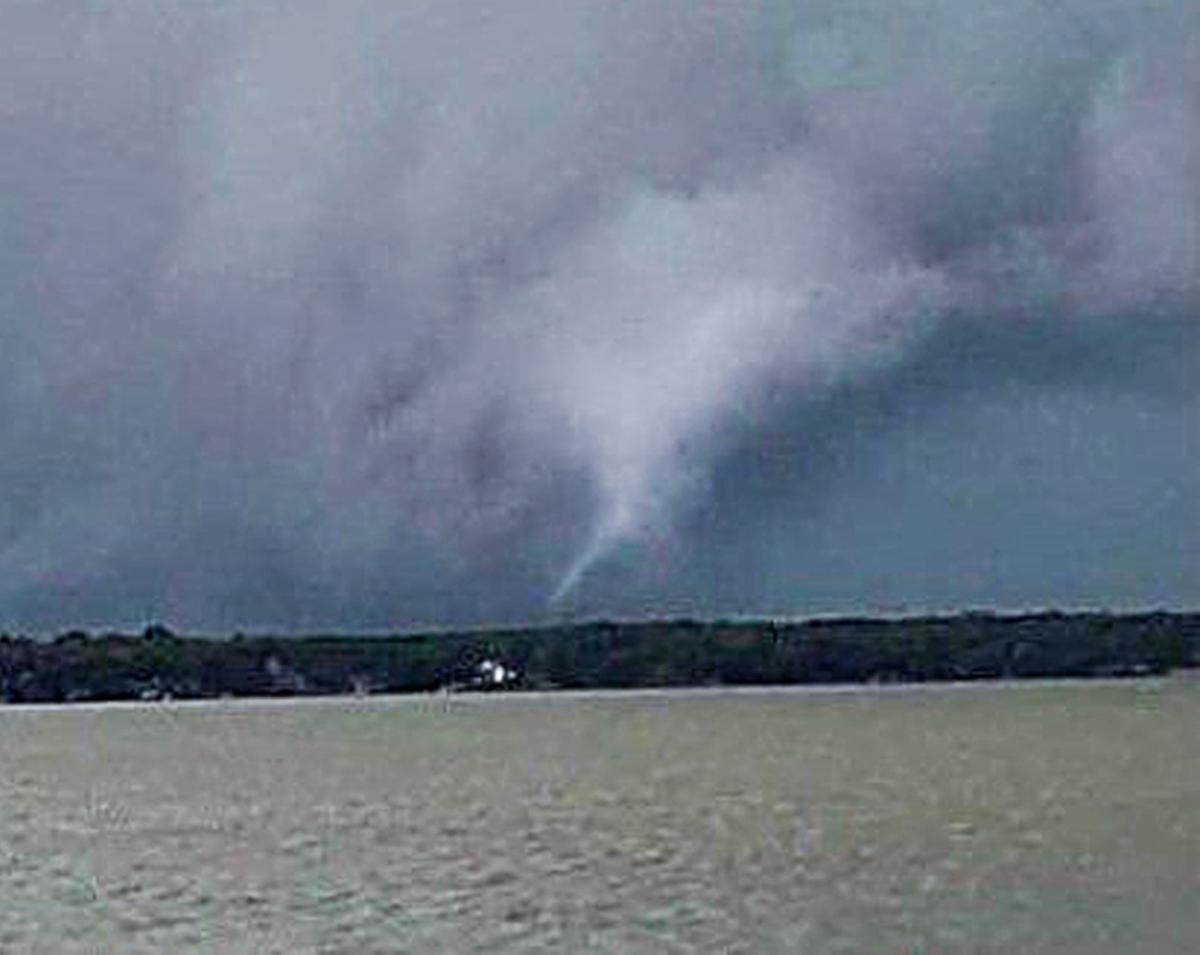 Misty Moulder posted this photo of the tornado on social media. 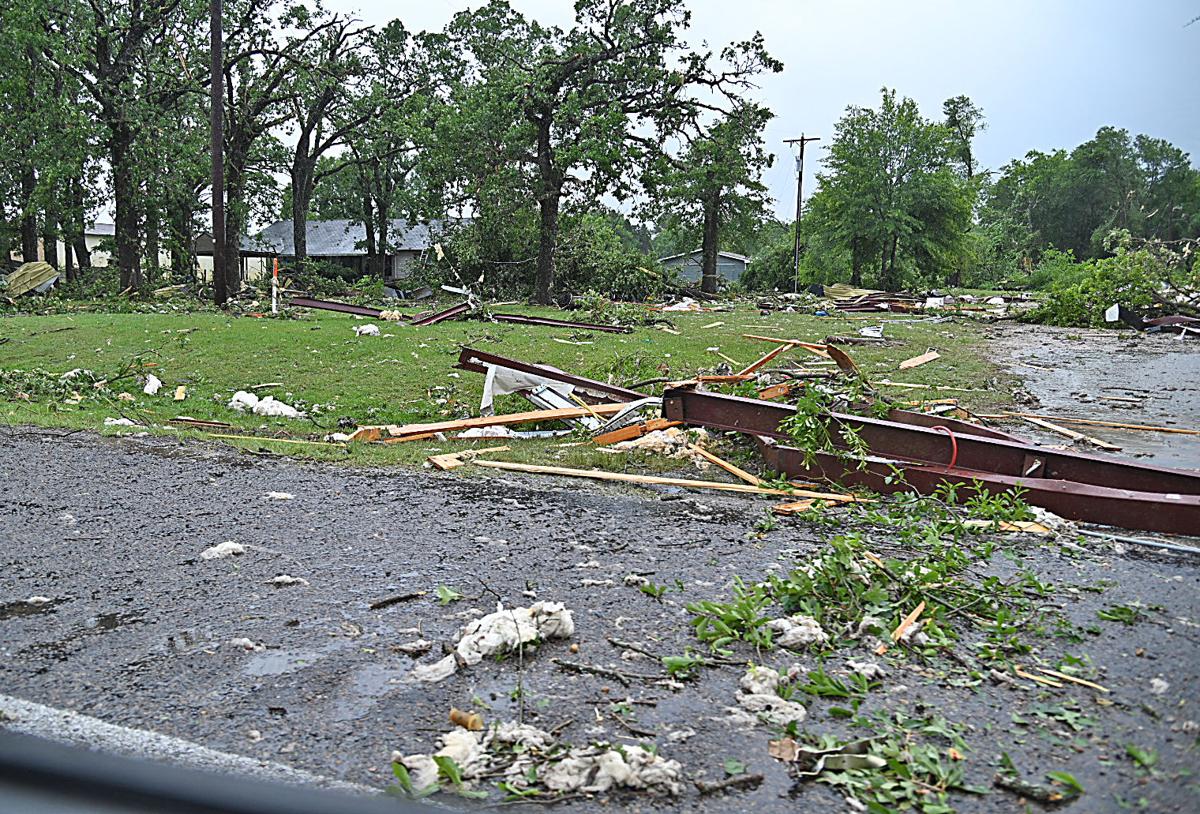 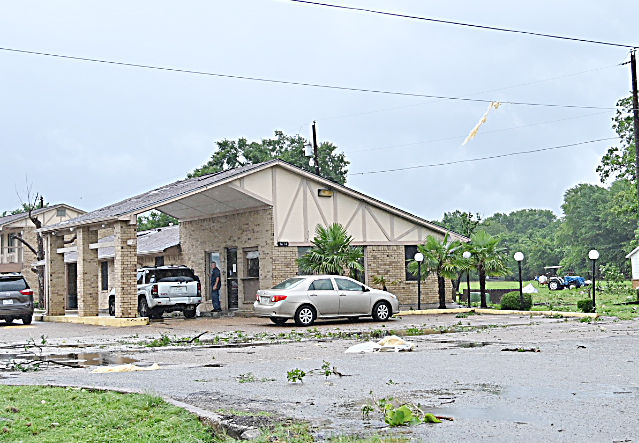 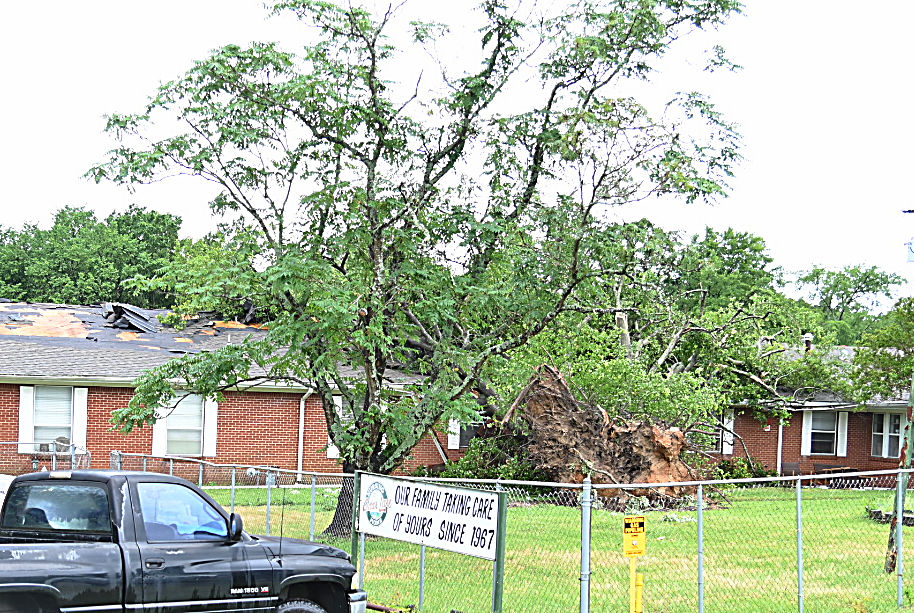 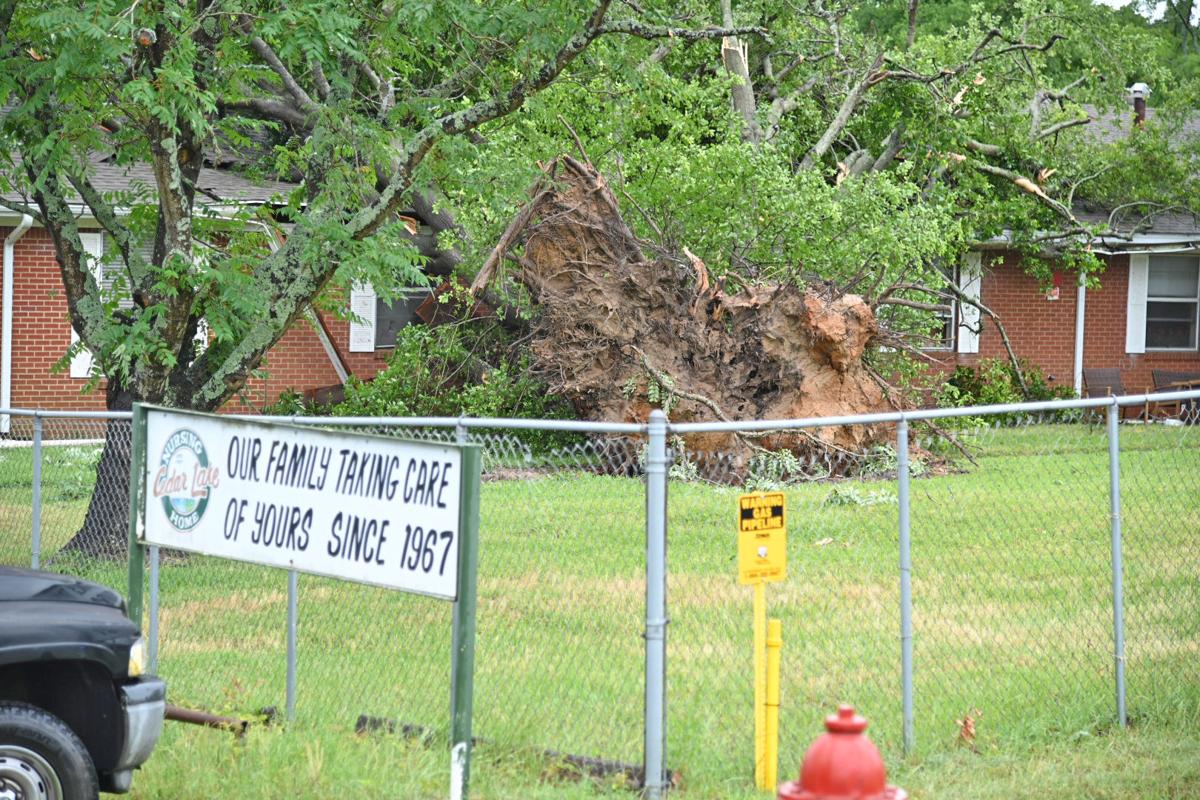 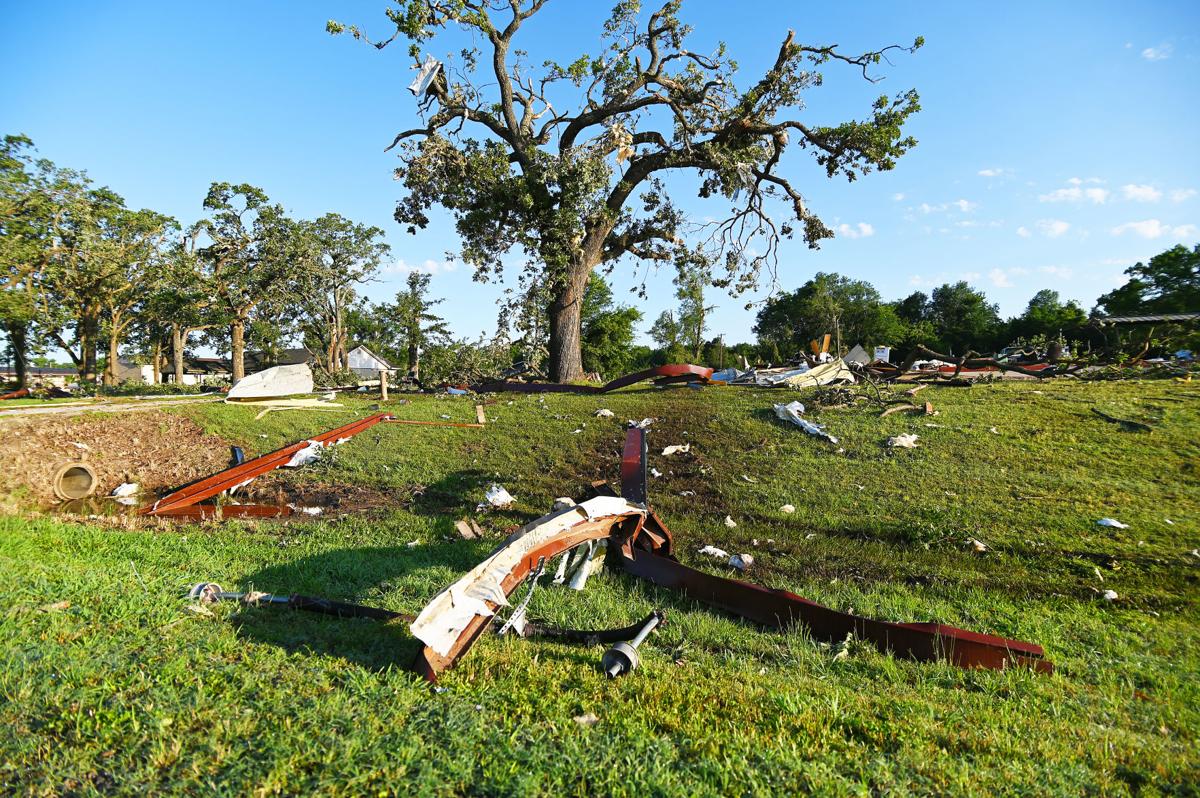 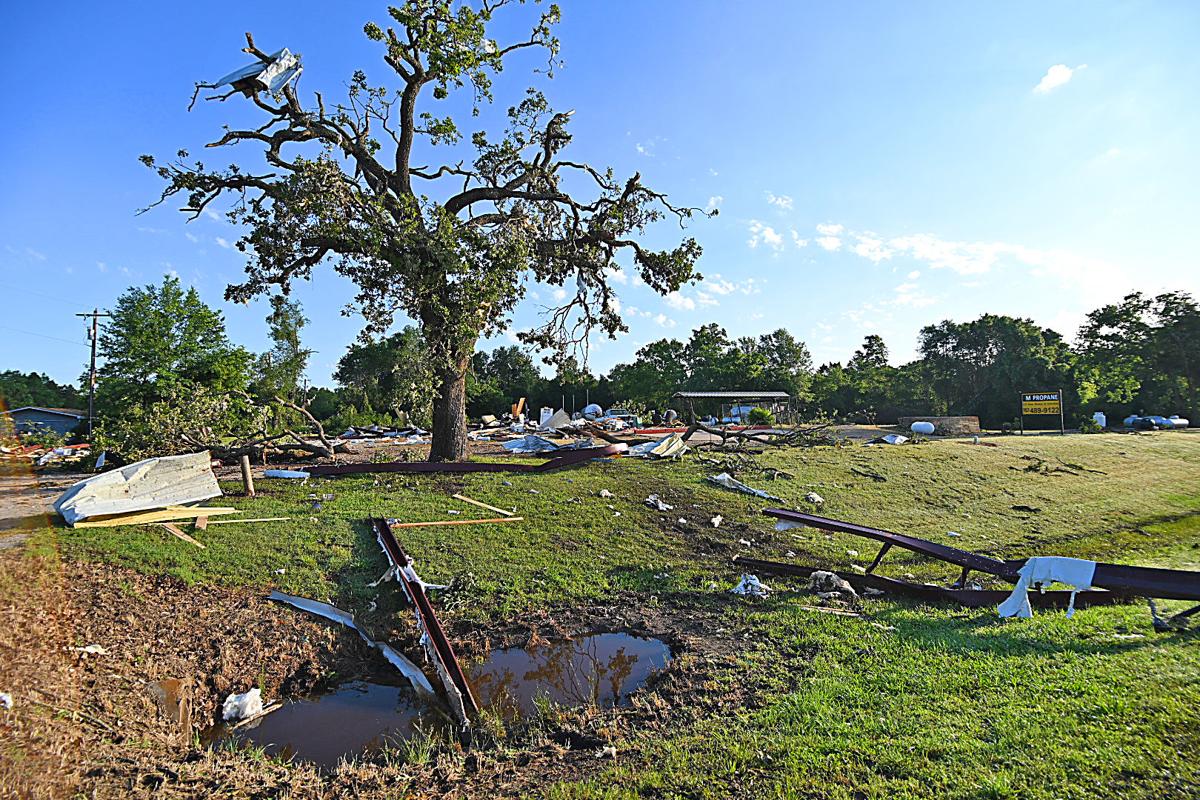 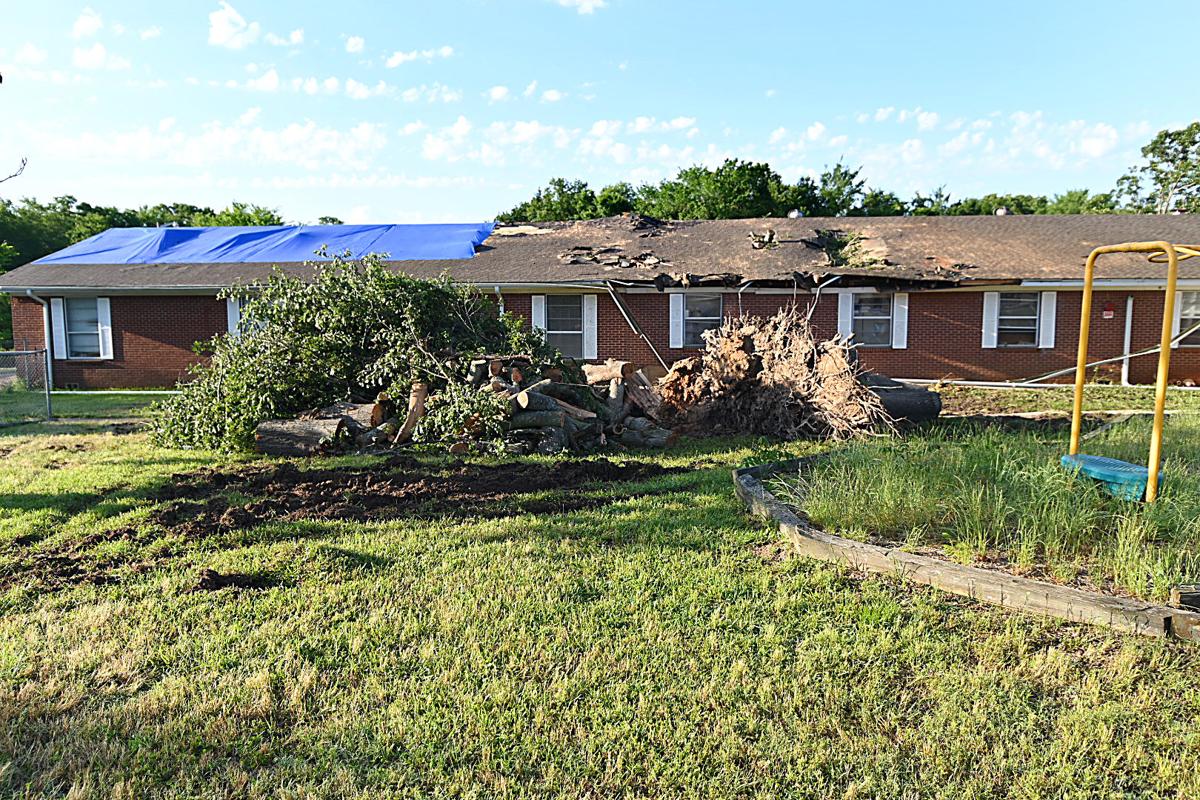 Misty Moulder posted this photo of the tornado on social media.

According to the National Weather Service Fort Worth, the EF-1 tornado began at 12:36 p.m. and was over by 12:38 p.m. The swift vortex had an estimated width of 150 yards in its mile-long path, peaking at approximately 100 miles per hour.

“This tornado developed on the west side of Malakoff, south of Highway 31, in a residential area west of the post office. A number of trees were blown onto homes and cars, causing minor roof and vehicular damage. Farther west, the tornado impacted a nursing home, causing significant roof damage. The tornado then crossed Highway 31, completely destroying a propane supply business building, and causing significant large tree damage. The degree of damage to this metal building was consistent with EF-1 tornado winds. Immediately to the west of the propane building, the tornado produced modest roof damage to a hotel on the north side of Highway 31, before dissipating,” the NWS stated.

M Propane, took a direct hit, flattening it, as the nearby Country Side Hotel sustained mainly roof damage.

“There have been rumors going around saying that our company has exploded. M propane did not explode, it was hit by a tornado. We will be serving our community from home. We will start rebuilding soon. Please keep our family and community in your prayers.”

Residents of the Cedar Lake Nursing Home (CLNH) said they were caught completely off guard. The sudden tornado ended before many realized what was happening. Residents were moved to the center of the building according to staff training procedure. The main building experienced roof damage in large part due to trees. One of the larger trees went through the roof of the Rehab center which received heavy damage. The large tree blew over roots and all, with the roots standing roof high.

“It seems like a miracle that nobody was hurt and that we're still able to function,” said Loretta Humble, owner of CLNH. “It could have been so much worse. I'm really thankful. I expect that was a lot of excitement for the residents, I haven't heard of anybody being traumatized by the storm. It broke our heart to lose our big old beautiful trees.”

CLNH issued the following statement on its social media page.

“From all of us at Cedar Lake, to the whole community of Malakoff and far beyond, thank you for the love and concern you showed us. Many of you came and helped out, and many more of you wanted to but were turned away by officials fearing for your safety. Many more of you stayed home and prayed, and that was surely appreciated too. Everybody is safe, and while we face a bunch of new challenges, we are ready to face them together. We so much appreciate you all and ask for your continued prayers and good will. We love our community,”

Residents took to social media claiming there was no warning at all.

Jason Russell posted “No warning, sirens, alerts no anything around here! Thank goodness no injuries!”

Other Malakoff residents stated it did not show on the radar at the time it occurred and there is speculation that the brief storm occurred between doppler radar “sweeps” or scans.

According to a storm chaser the area had approximately a 2% risk.

Shelley Fugit and Amy Moore were across the street from the nursing home at an estate sale where they saw the entire event. Fugit shared her story online with CLNH.

“The cloud started coming down in a circular motion and it had debris and limbs in it,” she said.

Moore, of Eustace, had been shopping at the sale and waiting for the heavy rain to clear before leaving.

“All of a sudden there was a loud noise (it’s hard to describe) kinda like a whirly tube only magnified by a thousand times,” Moore said. “We both ran out from under the shed to see what it was. I was in complete shock when I realized it was a tornado and saw tree branches flying all around.”

Moore realized the tornado was going away from her location and hopped in the car to “chase it.” She noticed it had destroyed the propane company and then gone back up in the air. She said the tornado appeared to almost descend again, but did not. The rain never stopped.

“My entire life that I can remember I have always wanted to witness a tornado in person. I’ve always loved storms. I would say it was much more intense than I ever dreamed it would be. Luckily for Malakoff and myself it wasn’t an EF5! I thank God for wrapping his shield of love and protection around me during that experience!”