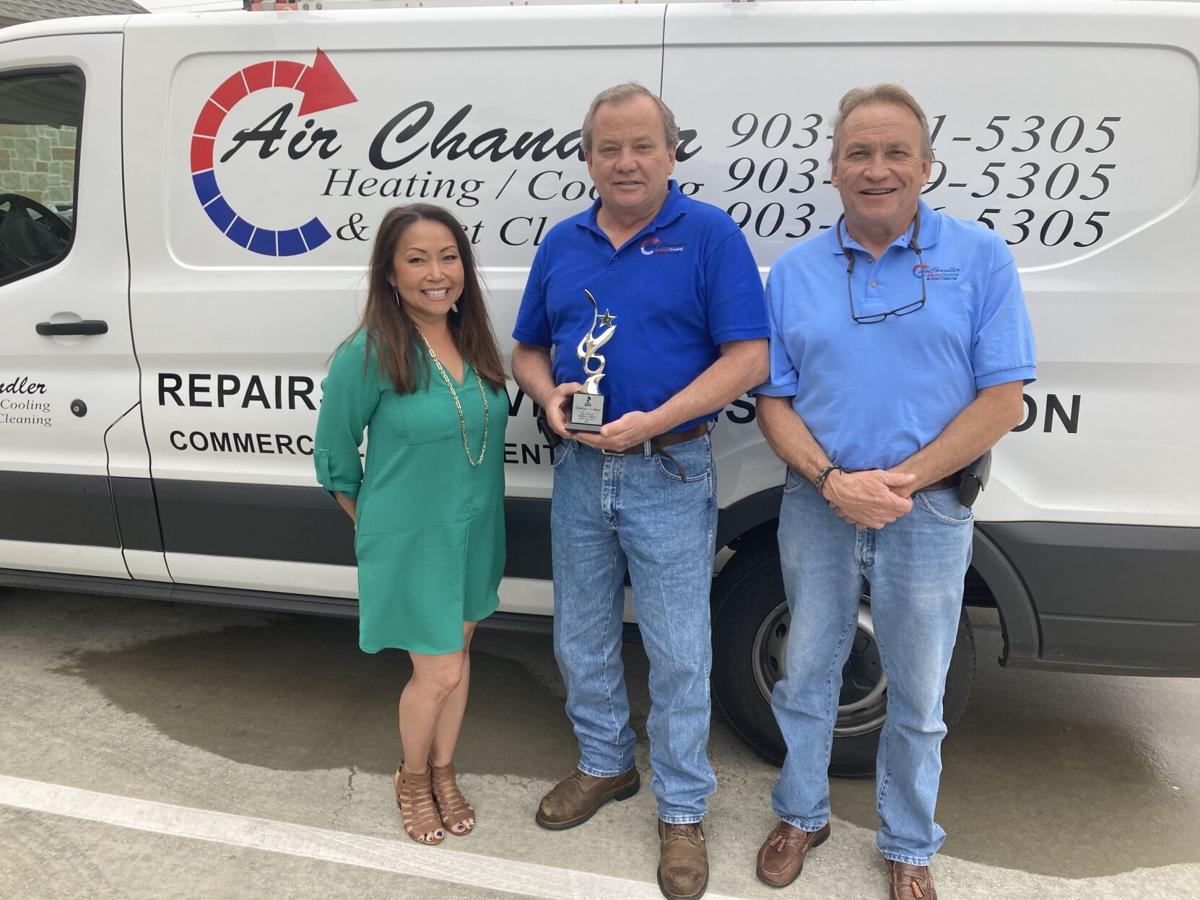 Michael Chandler was awarded the Veteran Owned Business of the year by the Better Business Bureau. He is one of a handful of East Texas businesses to receive excellence awards. 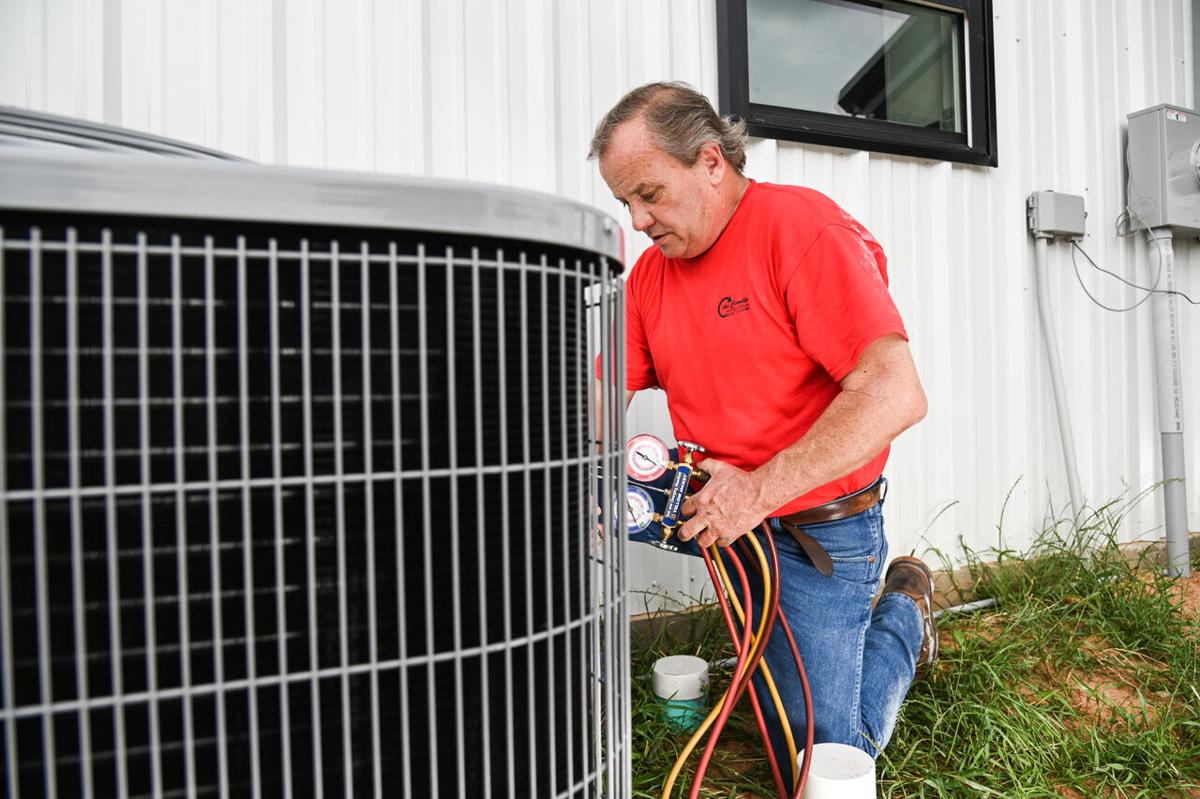 Chandler is a hands-on, hard working business owner who strives to create 100% happy customers through excellent service and doing the right thing every day.

Michael Chandler was awarded the Veteran Owned Business of the year by the Better Business Bureau. He is one of a handful of East Texas businesses to receive excellence awards.

Chandler is a hands-on, hard working business owner who strives to create 100% happy customers through excellent service and doing the right thing every day.

This week Air Chandler LLC was honored to receive one of six Excellence Awards given to East Texas businesses. They were nominated and selected by public votes to receive Veteran owned business of the year.

“I am in shock that a small business like mine won,” said Michael Chandler, president and owner.

Chandler was raised in Charleston, SC and joined the Air Force shortly after graduation. His training included electrical and HVAC work that he says was the foundation for his skill set.

“The free education in the military really helped me in life,” Chandler said. “I was stationed in Korea, Germany, Arizona, Florida and before I knew it, I had traveled around the world.”

After five years of military service, he settled down once he met his late wife Jane. When she was offered a position in Texas, the couple moved here and he set up shop for the first time in 2007.

“I started this business in a 10x10 storage room and a little Dodge Dakota pickup,” he said. “I didn’t have any money, little by little I kept going, at first with people I knew and before I knew it I needed a helper. I moved out of the storage unit a few years later and bought an office in Chandler. Now I have two offices, we get a lot of referral work and little by little that is how I grew from Dallas to Longview, we cover all of east Texas.”

Chandler says the secret is taking care of the customer first and foremost, which is obviously correct, since he won by a majority nomination and vote by his peers and customers.

“We treat folks right, we make sure every thing is done right and they like it before we leave,” Chandler said. “My customer base grows each year, and the way I got started was referrals.”

The honor came at a time when it was most needed and highly appreciated.

Chandler tragically lost his son, mother and wife in a very short period of time. Any one of these would understandably devastate any normal human being, but Chandler found comfort by investing his time and energy into his business.

“I lost my son, mom and wife and to overcome those odds, when a lot of people don’t, it has been tough,” Chandler said. “During the toughest time in my life I actually persevered and that means something to me. With the help of family and friends I am still surviving.”

The perseverance paid off with their best year ever financially in 2020.

To the aspiring business owner Chandler says be motivated, self-disciplined and consistent.

The future for Air Chandler is open to further growth. Chandler is a humble and hard working guy who is actively involved in the day to day service Air Chandler provides. His pursuit of excellent customer service and client satisfaction is confirmed by the hands on approach he takes every day and the time commitment he invests.

“Always do the right thing and you will come out on top later,” he said. “We have 100% happy customers.”

When not working, he enjoys his time off with his pets. He also has two grown bonus sons, Joseph and Judson and four amazing grandchildren.

For more information about Air Chandler, or if you need heating, cooling or duct cleaning, visit them on Facebook, on the web at www.airchandler1.com or call 903-676-5305.