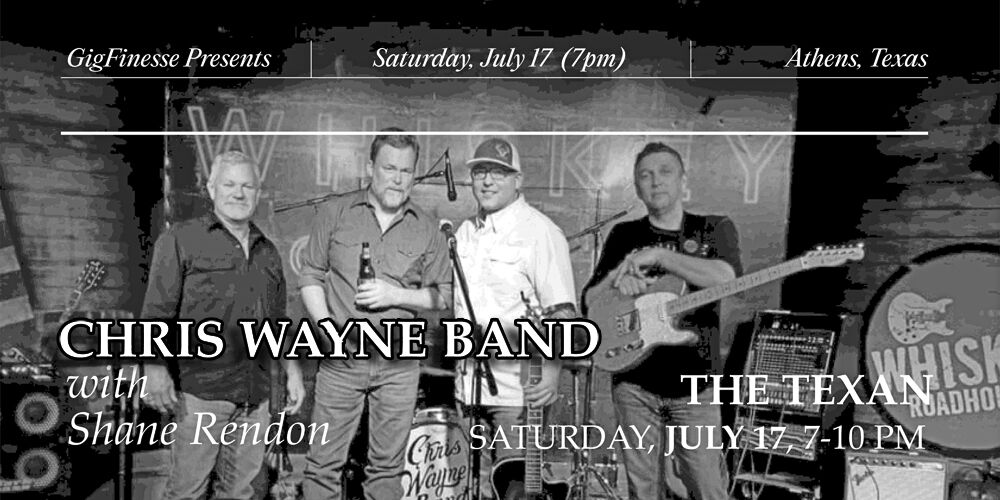 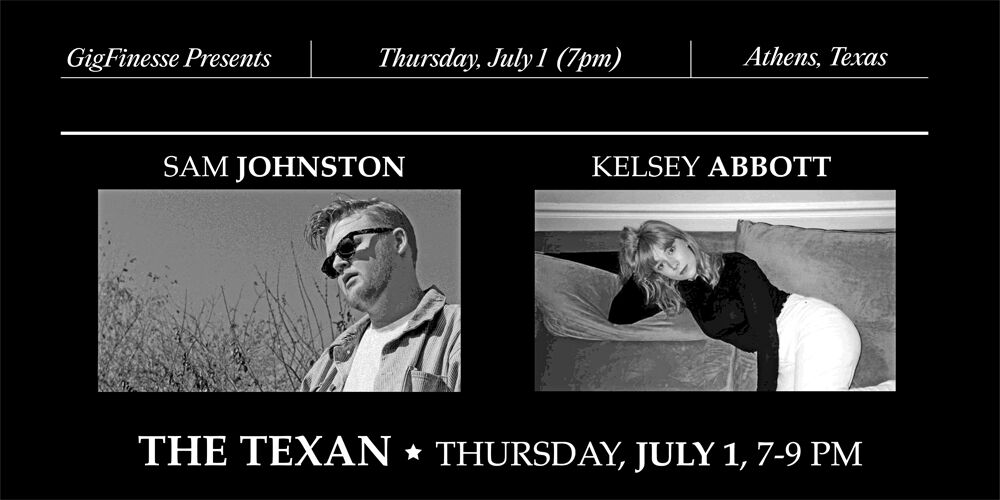 The Texan has partnered with GigFinesse to bring two concerts on the first Thursday and third Saturday of every month for the rest of the year. Sam Johnston and Kelsey Abbott will perform July 1 and Chris Wayne Band with Shane Rendon will be July 17.

Born in the heart of the Lone Star State, Sam Johnston learned early on that everything really is bigger in Texas. The poised and thoughtful composure of this music is no exception. Big guitar breaks, big vocal expositions, and big-time storytelling define his burgeoning repertoire. Sam effortlessly blends blues, neo-soul, and classic rock stylings with ease, flair, and a touch of psychedelic fun.

Sam Johnston has accumulated hundreds of thousands of streams, charted No. 2 on the iTunes blues charts, and played alongside acts such as Christone KINGFISH Ingram, Colony House, 3OH!3, Bowling for Soup, and more. In 2021, Sam will be releasing his debut full length album produced by Drew Long (Judah & the Lion.)

Nashville based artist Kelsey Abbott writes songs that feel like the voice in the back of your head was finally given a mic. In April 2019, she released her debut EP, “Dreaming with My Eyes.” In it, she showcases her exceptional songwriting with a stripped-back, acoustic sound. She sounds familiar, but not quite. Now, in her latest endeavor, Kelsey is breaking the mold for herself by allowing new influences and circumstances to push her towards a new, more alternative/indie sound.

This new project embodies what Kelsey has envisioned for so long. In such a unique season of life and surrounded by her intensely creative friends, she’s stepping out of her comfort zone in a way that seems to simply fall into place. Leading with the upcoming single “All My Friends,” listeners will quickly recognize Kelsey’s signature songwriting focusing on autobiographical lyrics that resonate. But beyond the surface, they’ll notice a more experimental edge, with as much emphasis on production as lyrics. “All My Friends” was created in the seemingly endless vacuum of extra time in quarantine, and Kelsey noticed that as the world stood still, her life did not. In response to the thousands of “What’s new?”s and “Nothing, really”s, “All My Friends” was born. It’s an anthem of unknowns — an invitation to a party that might never happen.

Tickets for Sam Johnston and Kelsey Abbott Duo on July 1st are on sale now at thetexanathens.com. Tickets begin at $15 for General Admission and $25 for preferred table seating. The doors will open at 6:30 p.m. and show starts at 7 p.m. Although the event is BYOB, glass bottles are prohibited.

Chris Wayne Band burst on the scene in East Texas in 2012 and began playing venues all over the region. They quickly released a succession of independently produced singles, several of which charted on Texas Regional Radio. Known for their impeccable harmonies and over the top guitar solos, CWB has been covering songs from all the hit Texas Artists as well as the biggest hits of the past 30 years. Tickets for The Chris Wayne Band on July 17 are on sale now at thetexanathens.com. Tickets begin at $15 for General Admission and $25 for VIP seating in the Mezzanine.