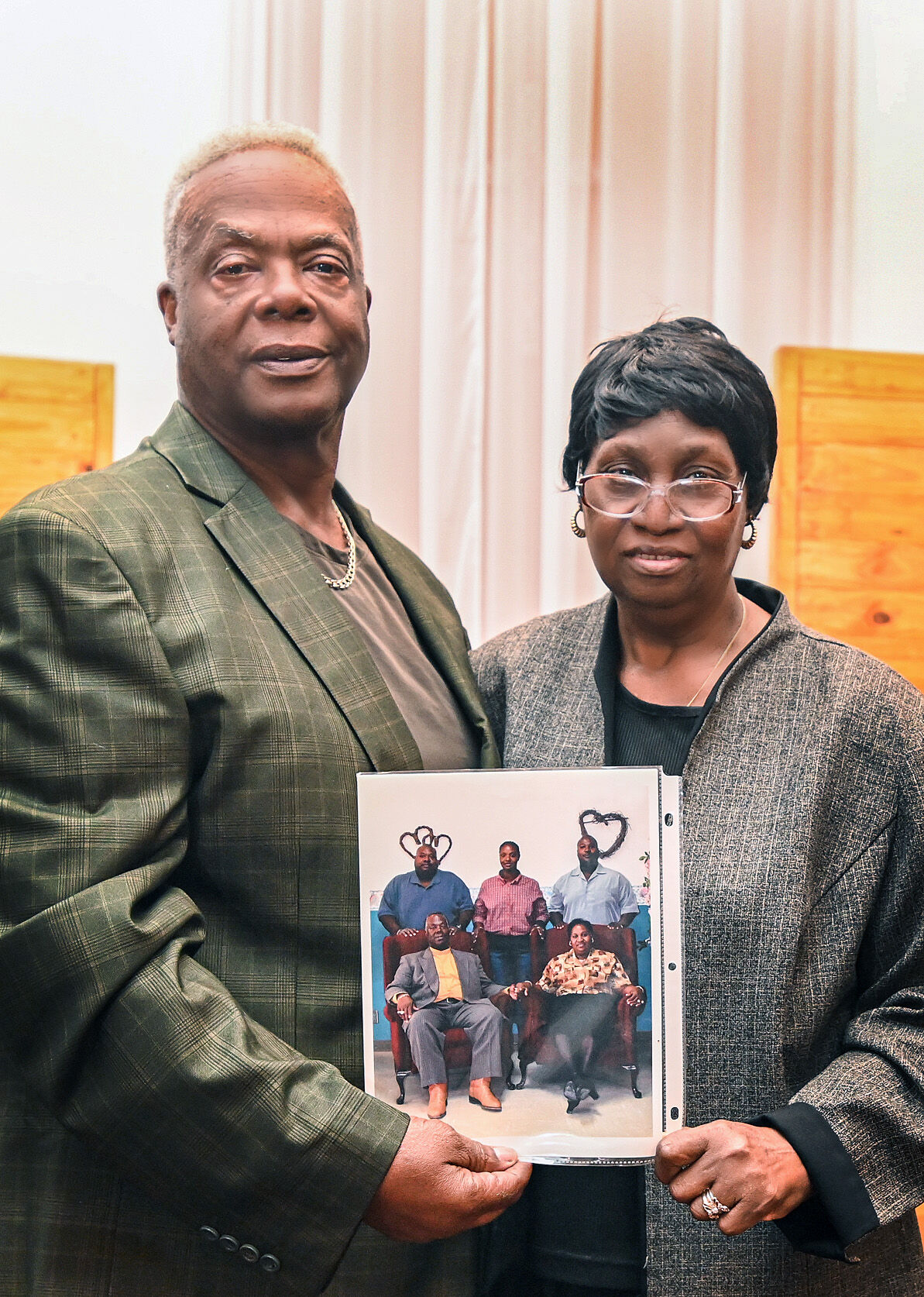 The Wests will celebrate their 50th wedding anniversary in May. They plan to renew their vows. 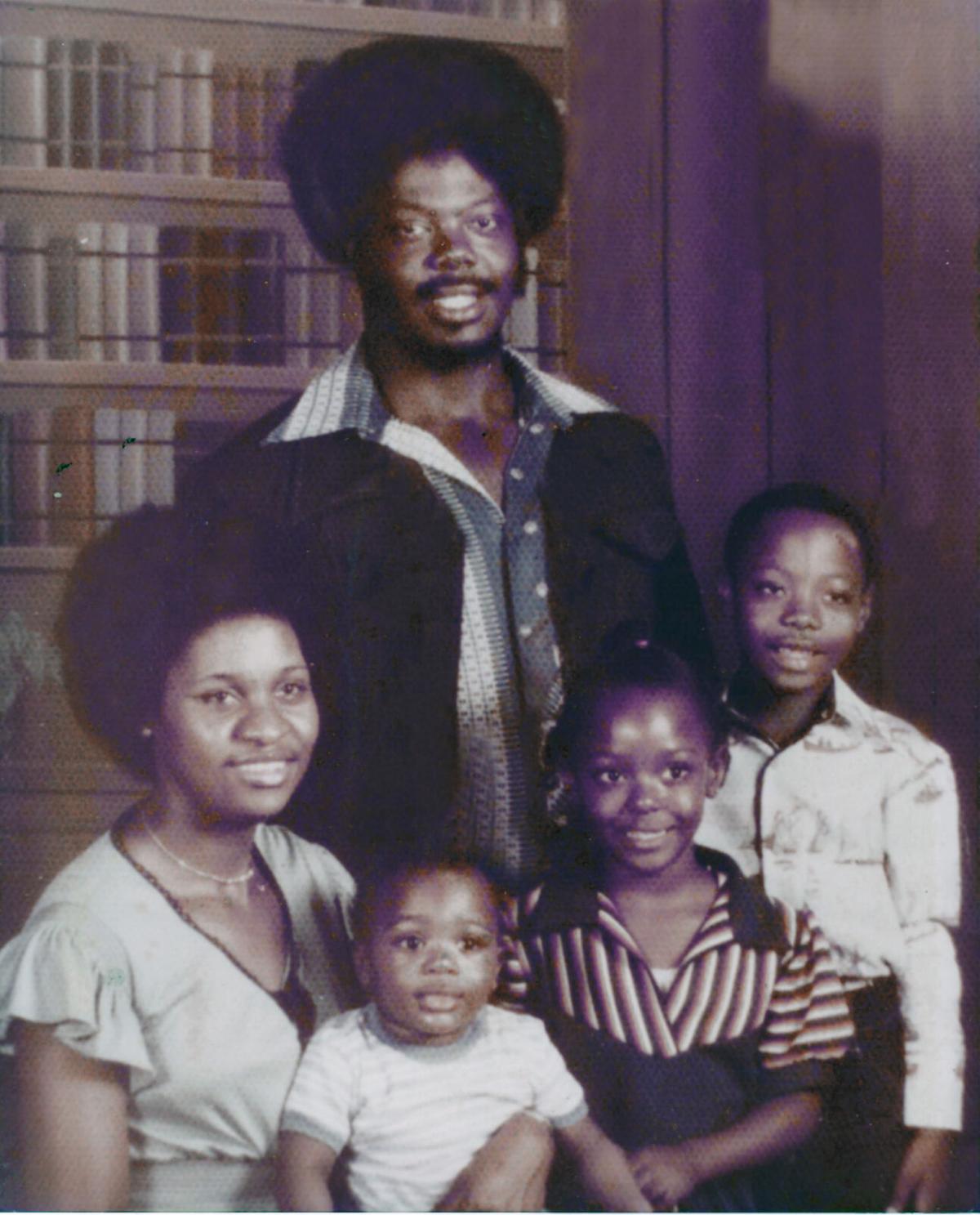 The Wests with their three children, Christopher, Carlotta and Carlton. 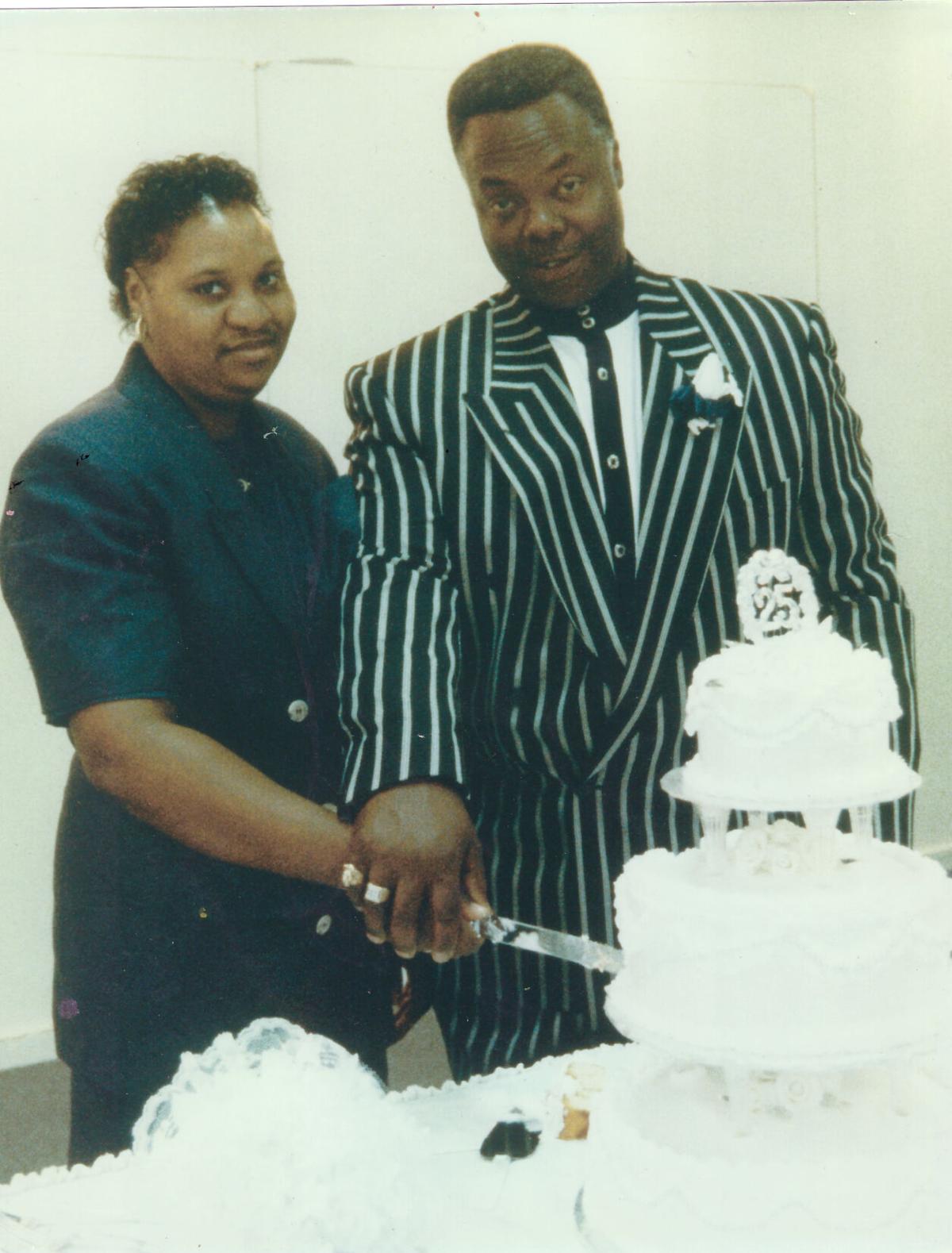 Pastor Larry and Christine West on their 25th wedding anniversary.

The Wests will celebrate their 50th wedding anniversary in May. They plan to renew their vows.

The Wests with their three children, Christopher, Carlotta and Carlton.

Pastor Larry and Christine West on their 25th wedding anniversary.

Fifty years ago a senior in high school went with his friends to a party in Moore Station. Christine Cumby was having her 17th birthday and several of the group were interested and vying for her attention, but 18-year-old Larry West caught her eye.

“He was nice looking,” Christine said. “He was the only one I was looking at.”

“She had an afro and was beautiful,” Larry said. “I wasn’t the guy that was originally introduced to her, but she gravitated to me. I asked to see her again and she said yes.”

After dating for a while, the young couple seemed to be the perfect match in spite of the fierce competition. West won her heart, proposed, and the couple wed before he graduated high school May 1, 1971.

They plan to renew their vows in May on their 50th anniversary.

“He surprised me when he asked me to marry him,” she said.

“She was one of 12 children and I asked her father for her hand in marriage,” he said. “He looked at me and saw a kid. He said ‘Boy, how are you going to take care of her?’ And I told him I would work hard to provide and definitely take care of her.”

The couple married on the front porch of Christine’s family home.

Despite meeting at a party, that wasn’t really their thing. They avoided drinking and smoking and instead joined his church as a couple, Hope Well Baptist in the Baxter Community and got planted.

At first times were rough and the young couple moved into Larry’s grandmothers shotgun house. It had no insulation, running water and no indoor facilities.

They were hard times, but the couple made it through. Larry had been working part time doing maintenance at the courthouse, but changed jobs to Athens Brick after graduating.

“We did do some work on the house, but you can survive off of love no matter what the circumstances,” he said.

Larry had a tendency to gravitate towards older people who saw potential and took him under their wing.

When the young man had more hormones than sense, two dear friends, Jimmy Anderson and Wilva Wilie, mentored the young boy as he worked through those times counseling and guiding him with a spirit of wisdom.

His grandmother encouraged Christine to be patient and keep moving forward as the boy finished becoming a man. When his mentors would see him wandering in the wrong direction they were right there to pull him back where he needed to be.

Those friends also helped West get a job at the Texas Highway Department, now the Department of Transportation, where he worked for 38 years, moving up the ladder. He had a job that could support his family and it felt good even on the toughest days.

“My mentor at DOT taught me how to be an equipment operator,” Larry said. “They said, you may not like what you do every day, but if you will stick with it, one day you will reap the benefits. I am so glad I listened to them. They taught me about finances, investing and I am so thankful now to have the retirement benefits for me and Christine. I’m so thankful they saw something in me. After I retired God blessed me with the ability to build our dream home. I always told her in that little shotgun house, one day I will build you a house.”

The couple had honeymoon baby, Christopher, in 1972 and two more children followed, Carlotta and Carlton. They now have four grandsons as well.

“Our children are the highlight of our marriage,” Larry said. “I enjoyed them as they were growing up. It is our desire to lead by example.”

The Wests say that when going into marriage, one must expect ups and downs.

“A marriage has highs and lows, you have to be prepared for when Satan attacks,” Larry said. “Many crisis can demolish a marriage and you have to have your spiritual armor on. My grandmother and mother were pillars of guiding me in the right direction.”

Christine said the secret is patience.

“You have to have patience and you have to work together and help out any way you can,” she said. “You have to pray a lot and be led by the Holy Spirit.”

Larry said his wife taught him about patience.

“When I was having issues and raving she wouldn’t say any words,” he said. “She let me rant, eventually when you are arguing and she isn’t arguing back, you hear yourself. She would keep a calm spirit and as years went by, I thought, I am fussing and arguing with myself, she would let me quiet down and then talk to me. She has taught me the patience necessary to maintain longevity in our marriage.”

Words of advice the couple has to share with the world are simple yet often forgotten: Wives be patient, husbands provide and take care of your wife, and be led by the Holy Spirit.

“Chris allows me to be the man of the house,” he said. “We make decisions together. I stay led by the Holy Spirit because if I make a decision it will not only effect me but my wife and at the time my children. She has been beside me every step of the way, not behind me, she is beside me.”

Larry was also taught by his family to let your word be your bond, and they believe in taking care of your credit and being responsible with money. These are lessons the couple has tried to share with their own family.

“We just want to live for Christ and continue to be an example. If we can share some wisdom with the younger generation and share things, we are trying to do that.”

The Wests are members of Petersburg Baptist Church where Larry is associate pastor.

West is very active in the community and is currently working on a monument for Fisher School where he attended until desegregation in the late ‘60s.