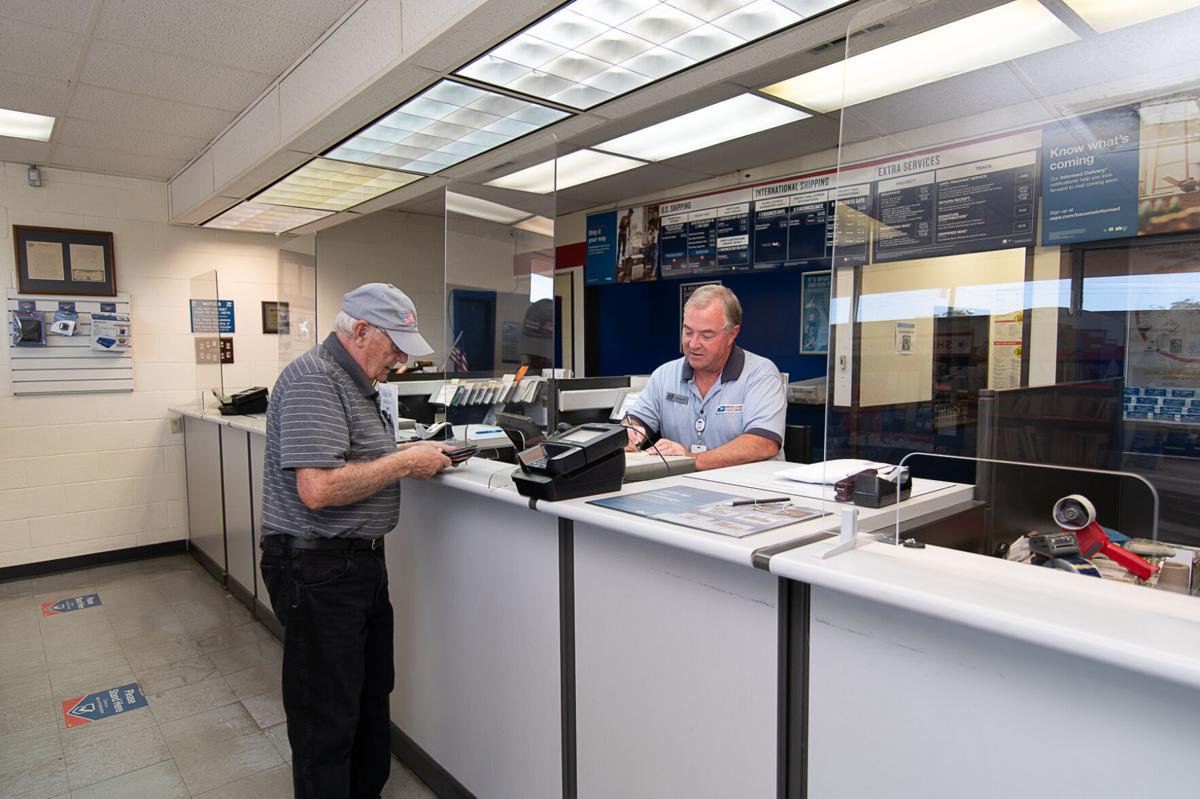 Howard is pictured with one of his customers. 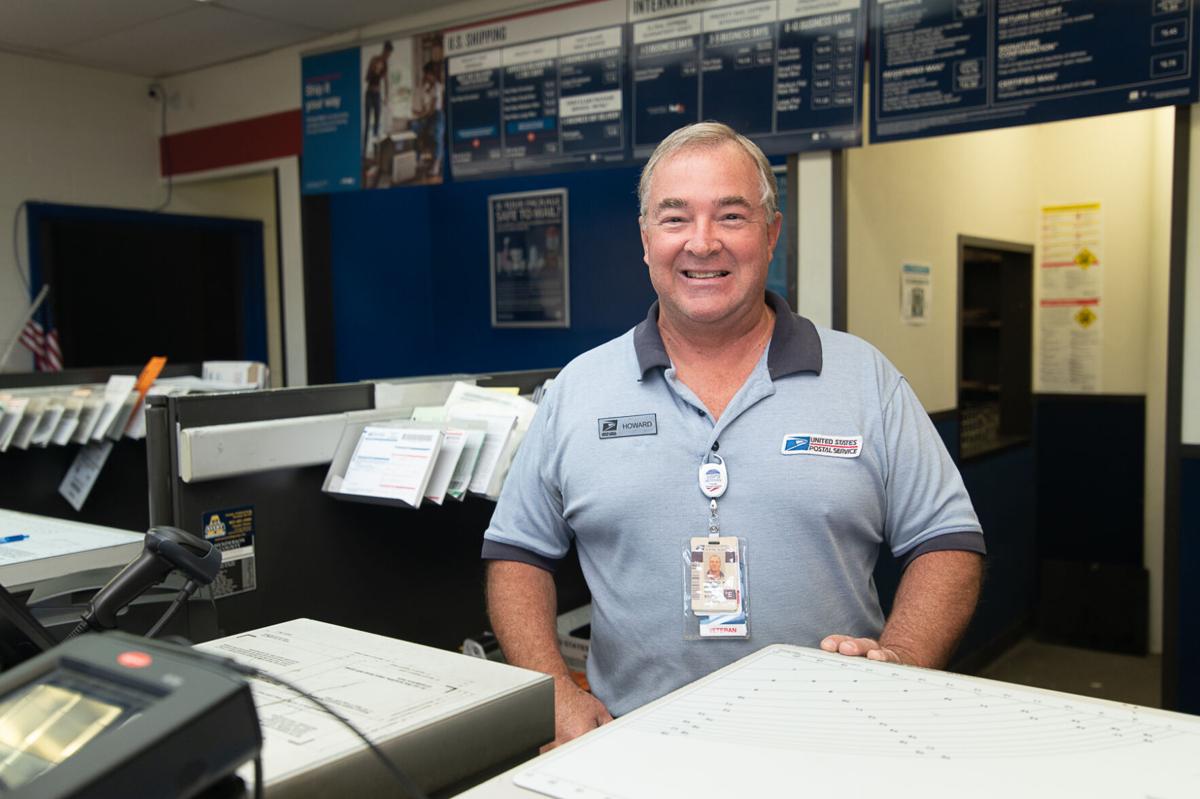 Howard Wright, Lead Clerk, logged out for the last time at the Athens Post Office. He will be spending a lot of time at his grandkids' ball games and at their favorite beach following his retirement. 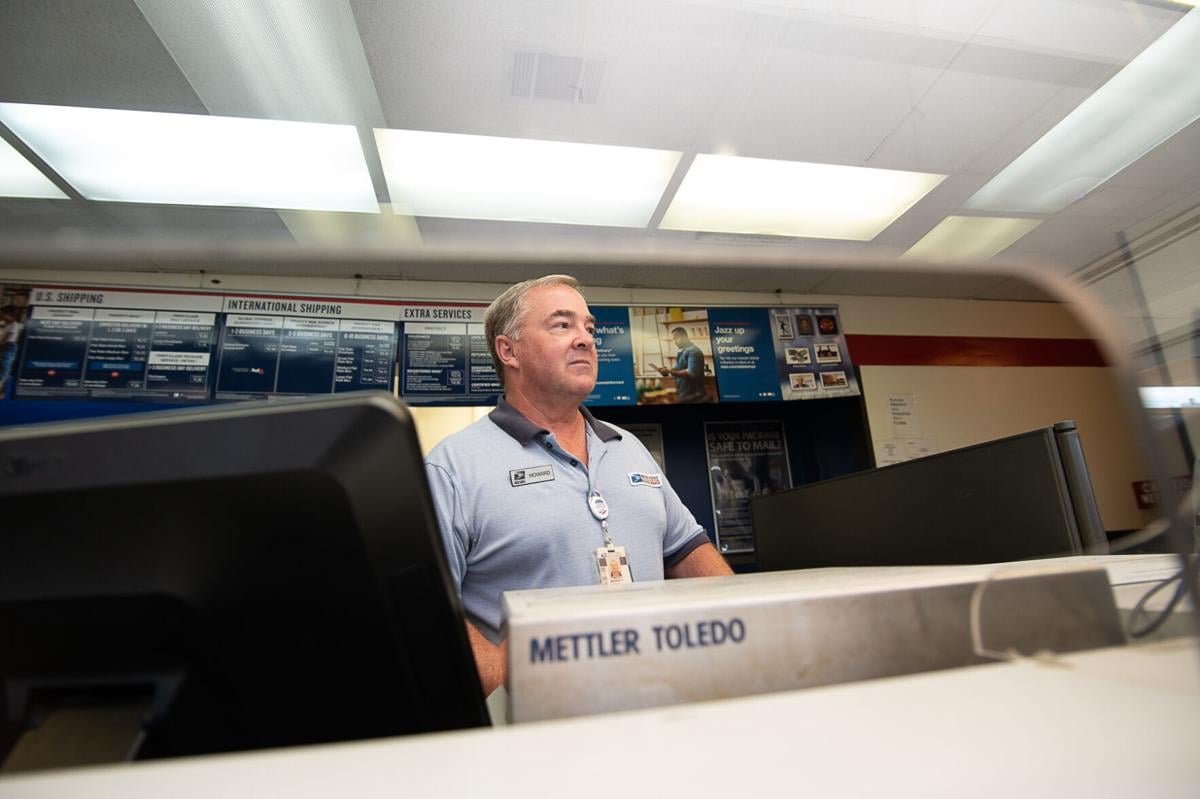 Howard is pictured with one of his customers.

Howard Wright, Lead Clerk, logged out for the last time at the Athens Post Office. He will be spending a lot of time at his grandkids' ball games and at their favorite beach following his retirement.

“Anything liquid, fragile, hazardous or perishable,” will no longer be the daily mantra of long-time postal worker Howard Wright. After 38 and a half years he is leaving it all behind to spend time at the beach and with wife Debbie, two grown children, Jack and Tracy, and his two grandkids.

"That is where I am going to spend most of my time, with my wife and granddaughters," Wright said. "You miss a lot of things, especially if you work the evening shift. I have worked six days a week the majority of my postal career. 24/7: We don't ever stop, we can't."

The Brownsboro graduate began his career at age 23, after a tour in the Navy during the late '70s where he directed jets. His father was a lifelong postal worker who moved the family to Chandler when he took a position at the Terrell office. Wright followed in his dad's footsteps as a part-time mail handler, moving up to full-time clerk within one and a half years.

"My dad was with the postal service for 31 years," Wright said. "He was in the Air force for 20 years before that. After I got out of the Navy, I went to work at the post office."

He started out in Tyler, but has been in the Athens location for 13 years. He said it was quite a change from Tyler, which is extremely busy.

"I jumped on the opportunity to come here," he said. "The people here are great, laid back, all my customers seem to like me. I see them out and about at restaurants and around town. I have had a lot of good customers here."

Some of his regulars have been coming in the past few weeks to say their goodbyes.

"You have a chance to really make someone's day," Wright said.

Just earlier that day, an eager bride had come to pick up a vital piece of mail for her wedding. She was elated and it made her day. Customers' smiles and helping them have been a source of encouragement to Wright over the years.

As a postal worker, you get regulars who become friends, some of whom are from the Greatest Generation. Wright enjoyed helping the veterans that came in and talking to them.

Wright said he could have retired seven years ago, and it is a little hard to walk away from, but he is excited to make up for all of those long hours away from family.

Surely he will not miss the heavy influx on the day after a holiday and instead will be able to kick back and enjoy the sand beneath his feet.

Postmaster Anthony Young said Howard was already there when he came to Athens.

"Howard has always been a great person and worker," Young said. "I had the privilege to have Howard as my Lead Clerk when I got my first Postmaster assignment here in Athens. He went above and beyond the call of duty to help me get acclimated to this office."

Young said Wright is dedicated to his customers, the U.S. Postal Service, and always made sure to take care of them.

"Howard stepped up and put effort into training the current clerks to be able to continue taking care of the customers," Young said. "I wish Howard Wright a very joyful retirement. You deserve it."

"God has been good to me, he blessed me with this job, I'm healthy," Wright said. "People don't realize how lucky you are to get a job like this."

Thank you for your years of service to Athens. Enjoy your family Mr. Wright.