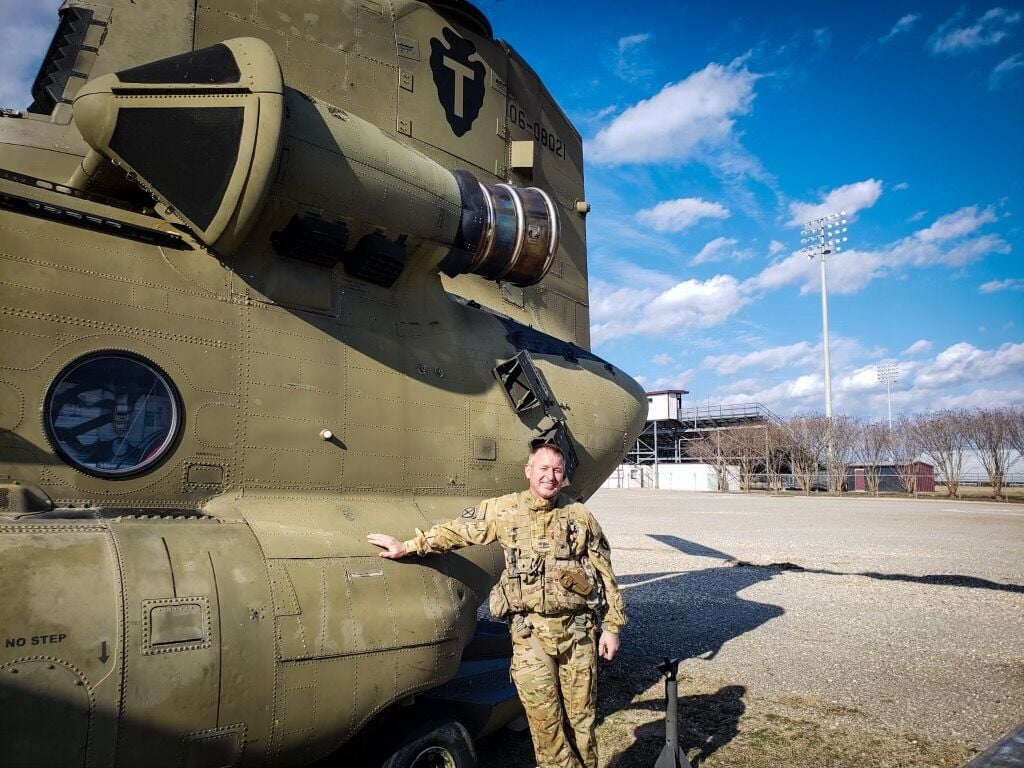 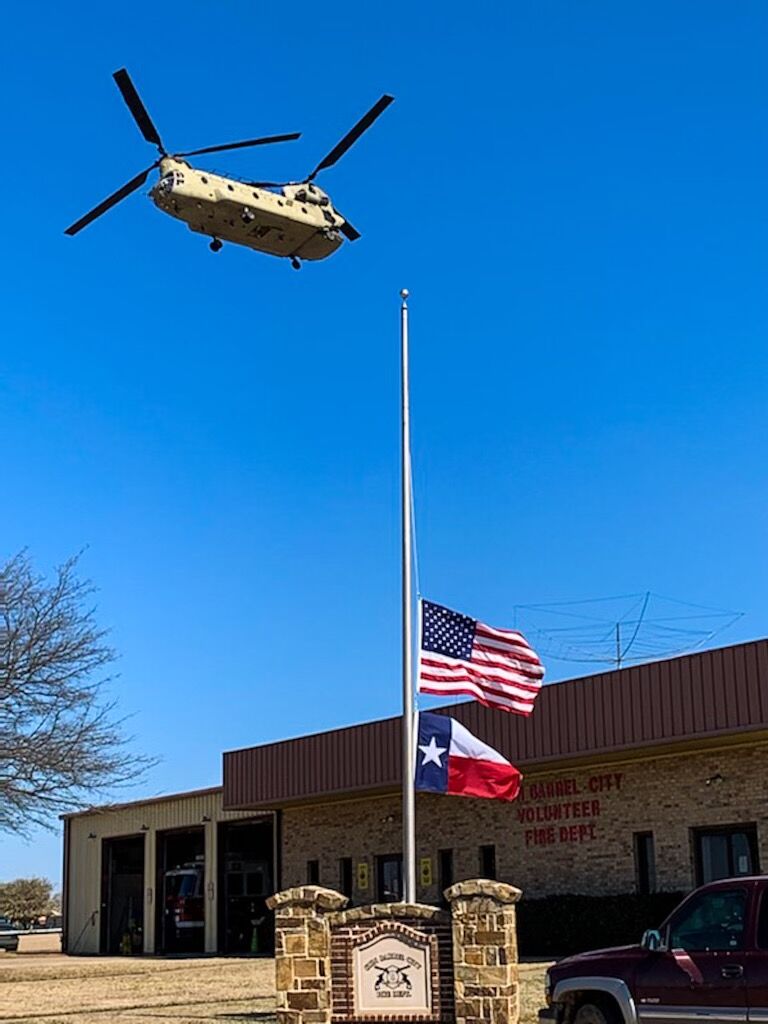 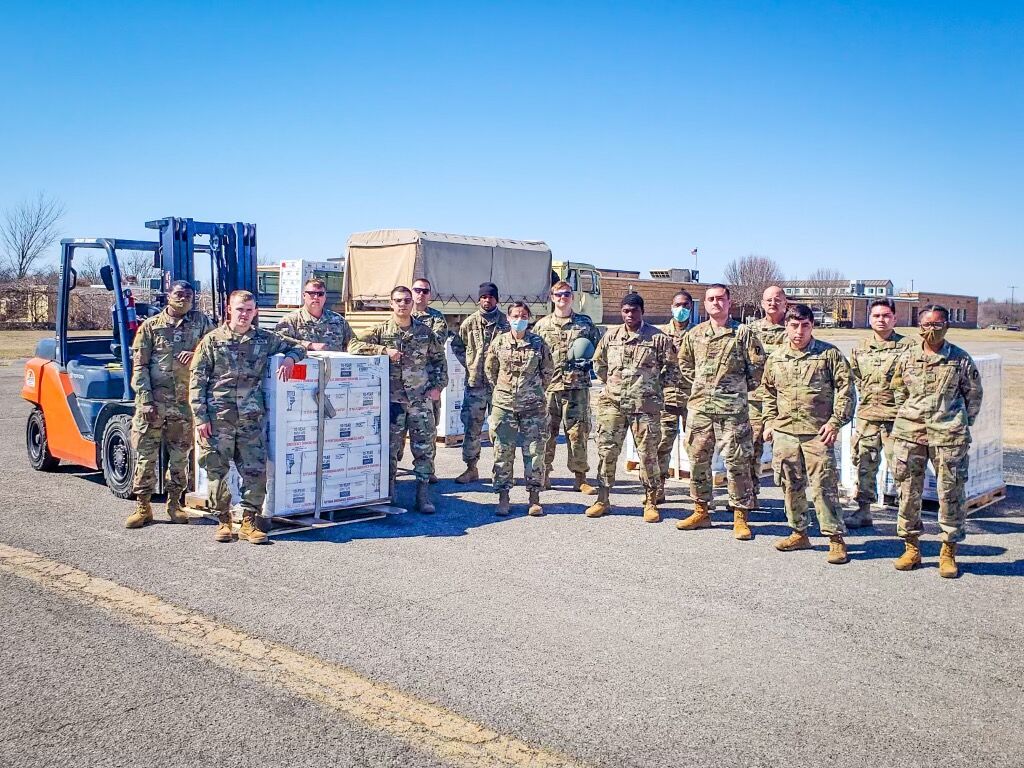 When Chief Warrant Officer 5 Doug Phillips was a young boy, he remembers a helicopter landing in his backyard. His father, a military pilot, stepped out. After that moment, all of his education, training and motivation drove him toward that goal and he joined the National Guard at 18.

Now three decades later, he has brought 48,000 lbs. of hope with water deliveries to Cedar Creek Lake in his Chinook helicopter.

“When I was between 3 and 5 years old, I was riding my big wheel outside. My father was a helicopter pilot and he landed a Huey helicopter basically in our backyard while he ran in to get maps,” Phillips said. “I knew that was what I wanted to do. Now I have been in the Army for 30 years."

Phillips has deployed numerous times to various locations around the globe, but says these home missions give a lot of personal satisfaction.

One of the ground crew loading water onto the helicopters had family locally who were able to benefit from the delivery, like many local residents stuck without water, power or much food.

The helicopters landing in Tool, Gun Barrel City and other areas along with ground crews were a ray of hope for many.

“We are Texans helping Texans,” he said. “A lot of Texas Guardsman and Air Guard feel like this job is very rewarding. You are helping your neighbors.”

Gov. Greg Abbott called up the military early last week to support the citizens of Texas.

This is a process. When the Governor calls a state of emergency, they start working with state and federal agencies immediately to get things going. It is a joint effort starting at the township and city level, working up through county, regional, state and federal channels.

Some citizens were concerned about the time taken and felt the process took too long, but Phillips said crews have been working on getting help here since early on. The process starts on the civilian side and works up through military channels via the Texas Adjutant General and the Texas Air Operation Center.

“As soon as they activated the military we stood up immediately,” Phillips said. “We live in the communities, we are civilian soldiers. We were mission planning Friday and delivering Saturday.”

The ground and air reservists worked tirelessly and will be working until the job is done.

Once the water was off loaded, Phillips said children excitedly ran up to view the huge helicopter and the military men and women on board gave them a little tour.

They hope it inspires them to dream big and reach for their own goals one day. They believe the U.S. military has been a great way for people to accomplish their goals and reach education levels they may not otherwise have the means to achieve.

The Chinooks are used for disaster relief, such as hurricanes, but also are used to help fight fires in the summer. The crew is a very busy unit.

Chinooks delivered water relief to victims of Winter Storm Uri from the the Louisiana-Texas border all across the state with Black Hawks traveling to the coast. Ground crews were also utilized.

Phillips' wife of 20 years, Leslie, and two teenagers hold everything together at home in Fort Worth while he is out helping others.

He is a full-time flight instructor pilot for the Texas Army National Guard and has reached the maximum Chief Warrant officer rank of five. His lifetime of experience is now being used to teach the younger generation how to serve.

If you would like to join the armed forces and see how they can assist you in reaching your goals, visit tmd.texas.gov.