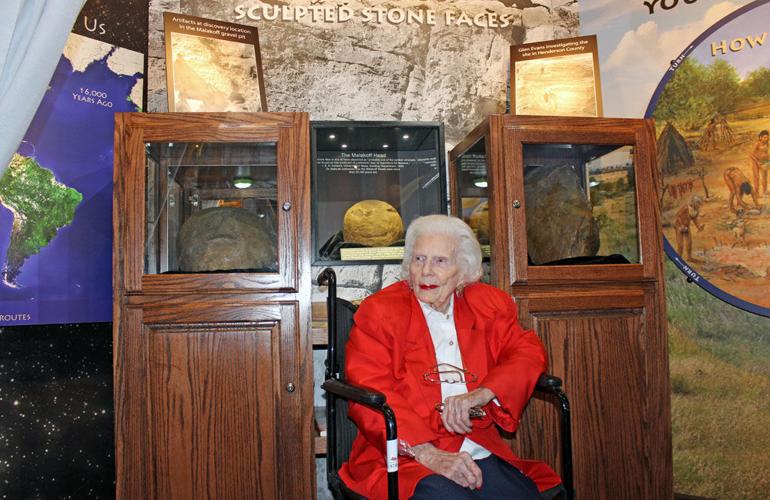 The Pearce Museum at Navarro College unveiled two newly acquired Malakoff Heads in February 2016. Shown with the exhibit is Mary Love Sanders who donated the first head to the college where all three heads are now on display. 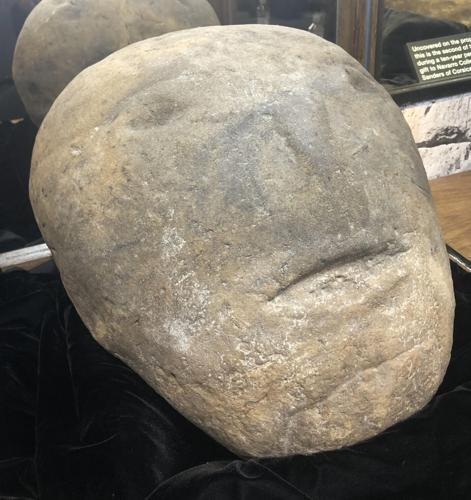 The Pearce Museum at Navarro College unveiled two newly acquired Malakoff Heads in February 2016. Shown with the exhibit is Mary Love Sanders who donated the first head to the college where all three heads are now on display.

A Waco-based film company is set to release a documentary film titled “Malakoff Man – Picking up the Trail,” addressing the stone heads unearthed near Malakoff in the 1920’s and early 1930’s.

‘Malakoff Man – Picking up the Trail’

Free and open to the public.

A special sneak preview for area residents will be shown at 7 p.m. Friday, March 10 at the Pearce Museum at Navarro College in Corsicana. The museum housing the stone heads will also be open for viewing the artifacts. There is no charge for the event and all are welcome to attend. The film is set to release worldwide on a documentary film channel Oct. 31.

The stone heads, three in total, were found along Cedar Creek, now under Cedar Creek Reservoir, just outside of Malakoff, by the Malakoff Brick Company that was quarrying gravel for use in their factory.

A worker for the brick company, Indelecio Morgado, uncovered the first head in 1929 at a depth of 19 feet, finding it among fossils of animals that have been extinct for longer than man is thought to have inhabited east Texas.

This find caught the attention of The University of Texas, who then conducted a formal archaeologic dig at the site, unearthing two additional stone heads.

Controversy surrounds the finds because of the suggested age of the heads based upon the depth at which they were found.

Theory one: The heads are 15-20,000 years old, and were carved by ancient inhabitants apparently living in the area at that time.

Theory three: The first head was just a rock that was augmented in the 1900’s by the quarry worker who found it. This final theory begs the question concerning the other two stone heads, which were uncovered by the University of Texas during their archaeological dig at the site.

The documentary goes in depth with interviews of archaeologists, other scientists, and even a man, who is still living, who personally knew Indelecio Morgado. The film presents all sides of the story, allowing the viewer to reach their own conclusion concerning the heads’ authenticity.

One of the heads has been on display at Navarro College since it was donated by Mary Love Sanders some time ago. A lifelong resident of the area, Sanders loved local history and acquired the statue-like figure from her great aunt and uncle, Judge William and Jessilyn Carpenter Bishop. Research completed by Allison Syltie of Pearce Museum, and Thomas Vance of Navarro College, notes that before coming to Navarro College, the other two heads, known as One and Three, were housed in the Texas Memorial Museum and later moved to the Texas Archeological Research Laboratory at the University of Texas at Austin. Although all three of the artifacts were discovered on the same piece of land within a 10-year time frame, they had never before been housed or displayed together.

With the help of Texas State Representative Byron Cook, all three heads are now considered to be the property of Navarro College. Cook was responsible for drafting a series of letters that resulted in the transfer of the heads from the University of Texas at Austin to Navarro College in February of 2015. Since that time, a custom-made display case has been constructed so the heads may be viewed together under one roof.