Editor's note: This is an occasional series that spotlights businesses in Athens.

Reigning Jewels is a gem.

When people walk in the door, they are surrounded by art, and it’s a place  where custom pieces are created.

Jackie and Traci Wilkes married in 2010 and moved to Athens in 2012 from Midland, where Traci was a petroleum land manager and Jackie owned a construction business for 45 years. Family and fishing drew them here but while Jackie was building their home, Traci found herself looking for a creative outlet.

“I started taking classes at Gemological Institute of America,” she said.

That is where she received her diamond and pearl certifications. As she transitioned to her new life here, friends suggested that she open a full jewelry store. Her original intentions were just to design custom pieces. They opened a design studio on Palestine Street and Reigning Jewels was created.

Entering retirement, Jackie was a little uncertain at first, but this family-owned and operated business eventually moved to a 2,000-square-foot building . The couple's son, Garrett, returned from active duty  in the U.S. Air Force, where he still serves in the Reserves. He attended the New Approach School to become a certified jeweler.

“I love to interview the customer,” Traci said. “A lot of stones are inherited. I get a lot of information from them and start from there. And I love color. You have to know your customer and build something that suits their lifestyle.”

Jackie believes it is important for people to understand the emotional value of jewelry.

“The piece will be around for hundreds of years and treasured by generations,” he said. “If someone saw the effort it takes to actually dig for a stone … some of the men have a pick and shovel and work for months to find one stone.”  He and Traci are members of the Independent Jewelers Organization, which helps create opportunities for them to take a yearly trip to Belgium to meet brokers. Antwerp Belgium is the diamond capital of the world and has been for 550 years. The trips and building relationships with brokers help them find rare and beautiful pieces not found in the states.

The customers have expressed their excitement to have such a jewelry store here in Athens, the couple said.

“I have seen women walk out in tears of joy because they were so happy with their jewelry,” Jackie said.

She said she takes the time to get to know her customers and often see pieces that remind her of them. She often takes photos of pieces and sends them via text to her clients because the piece suits them.

Reigning Jewels is at 909 E. Tyler St., Suite 111. The website is reigningjewels.net. 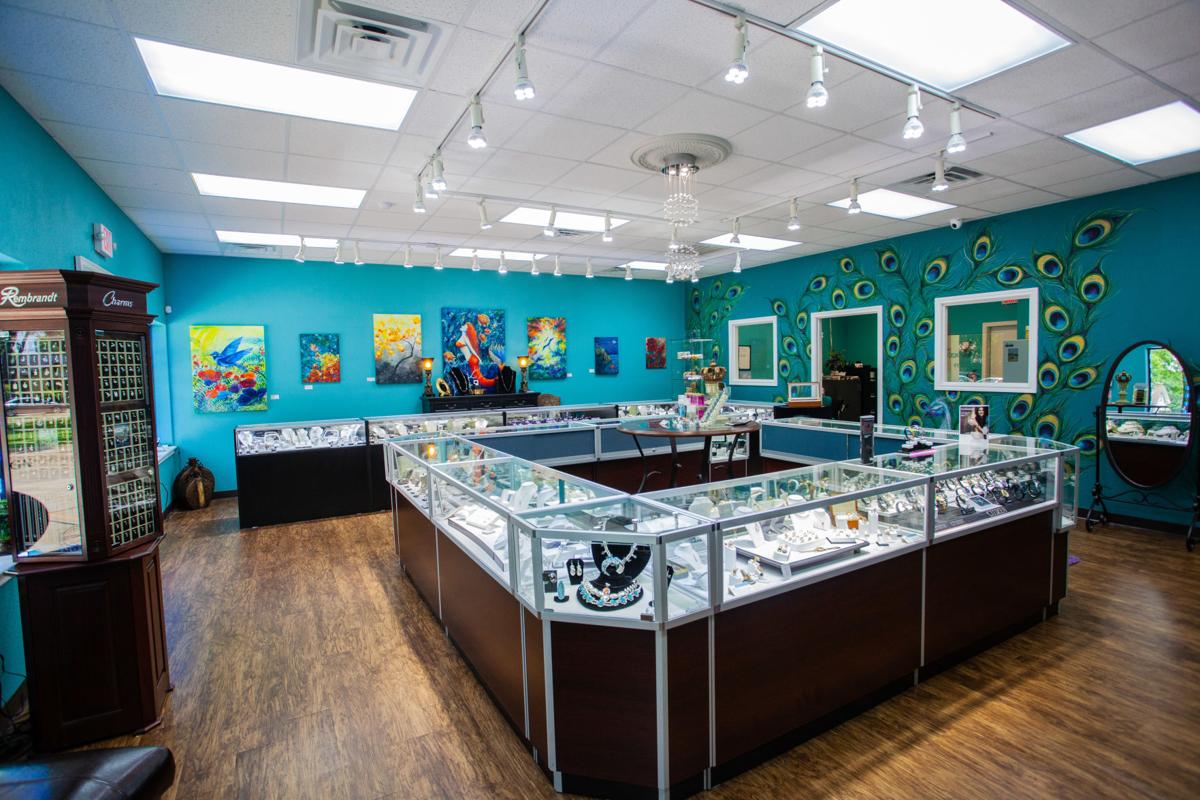 Jackie and Traci Wilkes own Reigning Jewels — an Athens showroom where custom jewelry is made and art is sold. 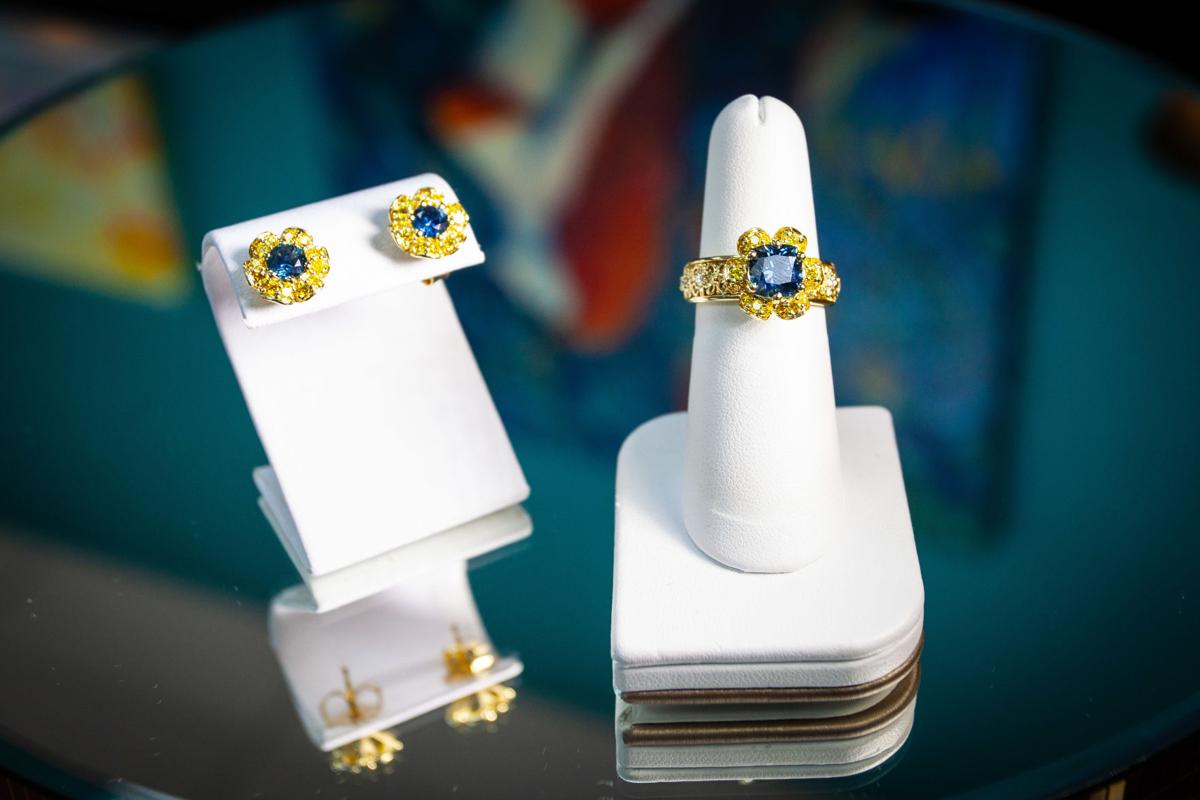 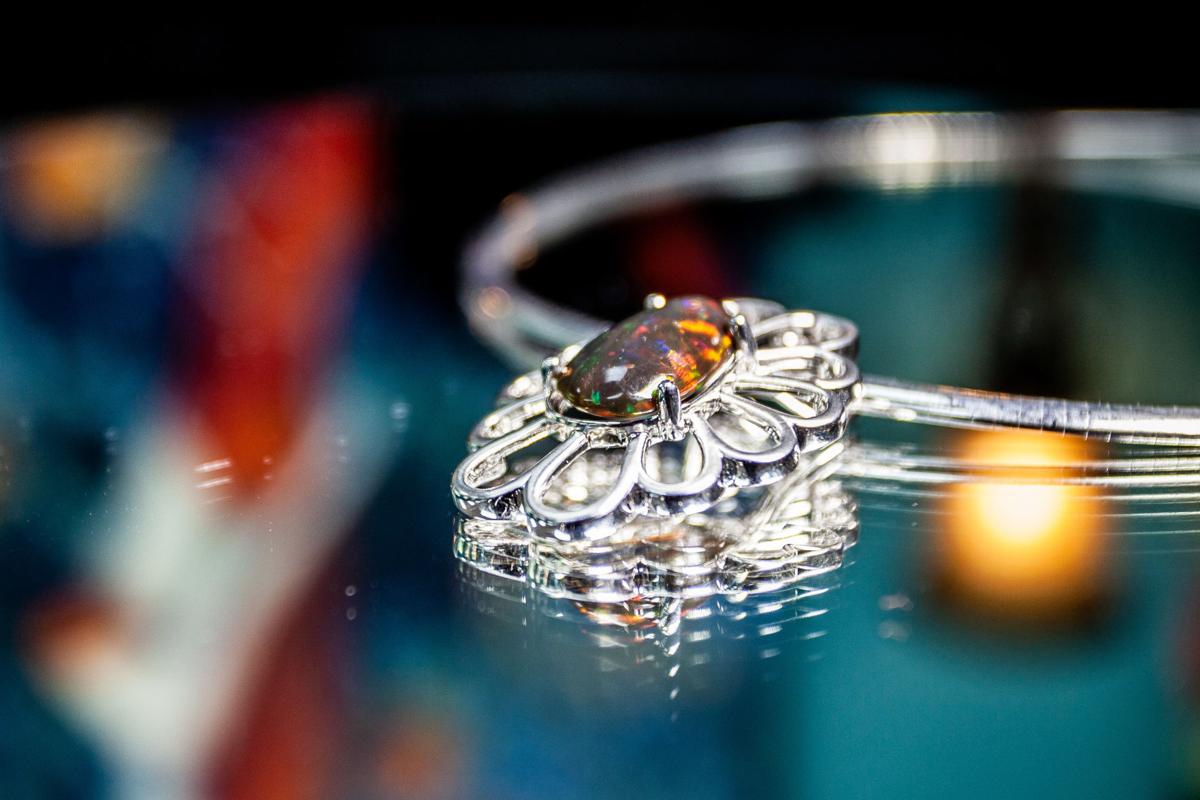 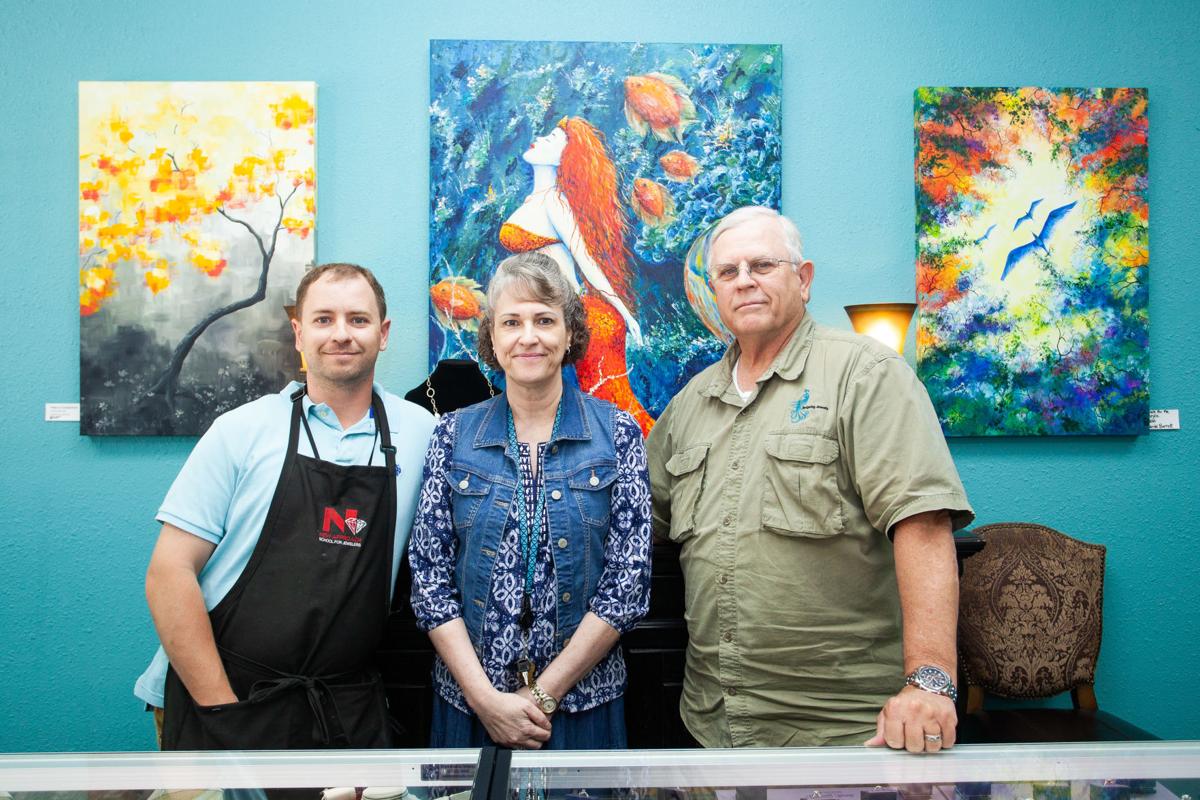 From left are Garrett Wilkes and his parents, Traci and Jackie Wilkes, who own Reigning 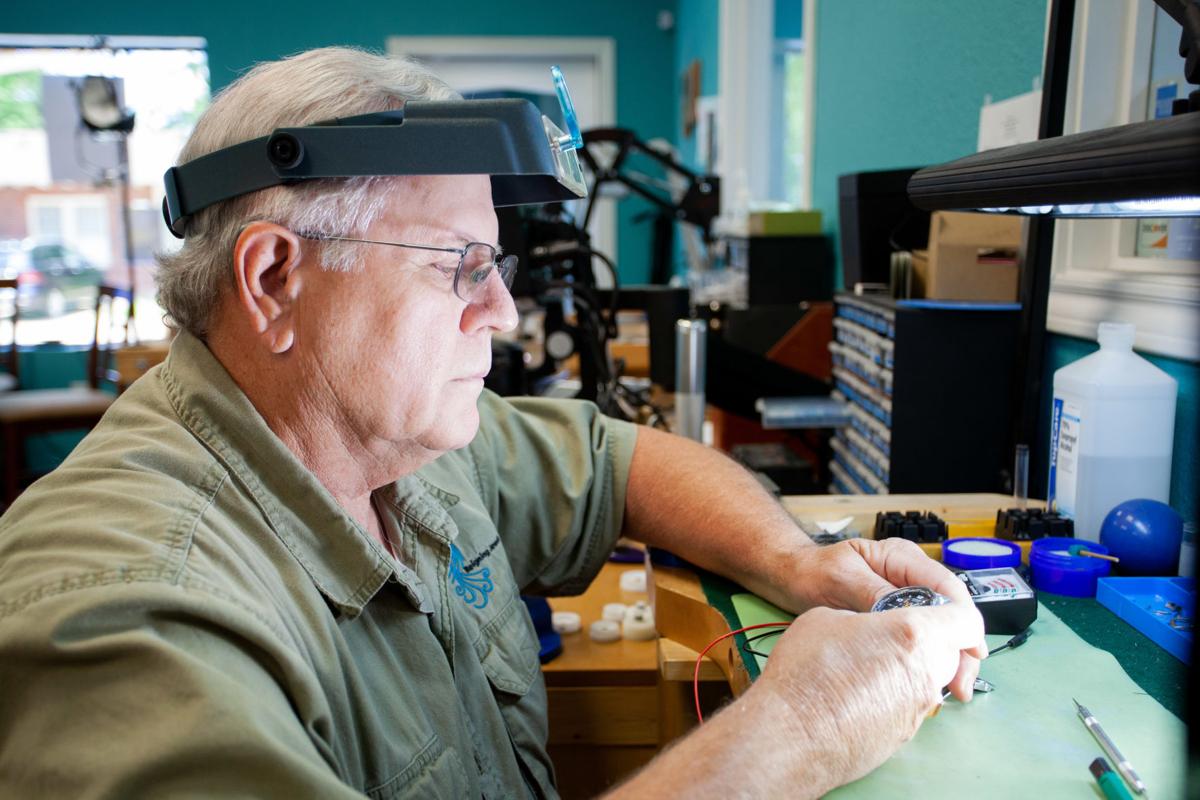 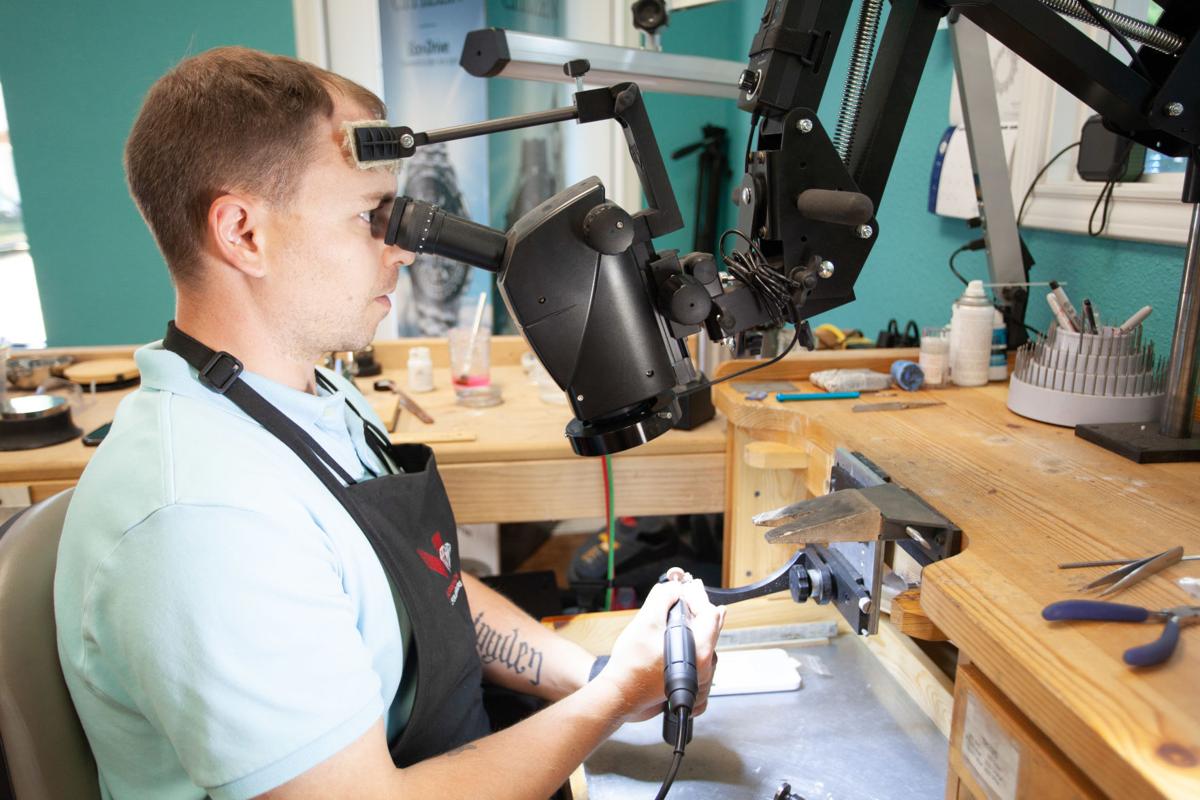 Jackie and Traci Wilkes own Reigning Jewels — an Athens showroom where custom jewelry is made and art is sold.

From left are Garrett Wilkes and his parents, Traci and Jackie Wilkes, who own Reigning

Editor's note: This is an occasional series that spotlights businesses in Athens.