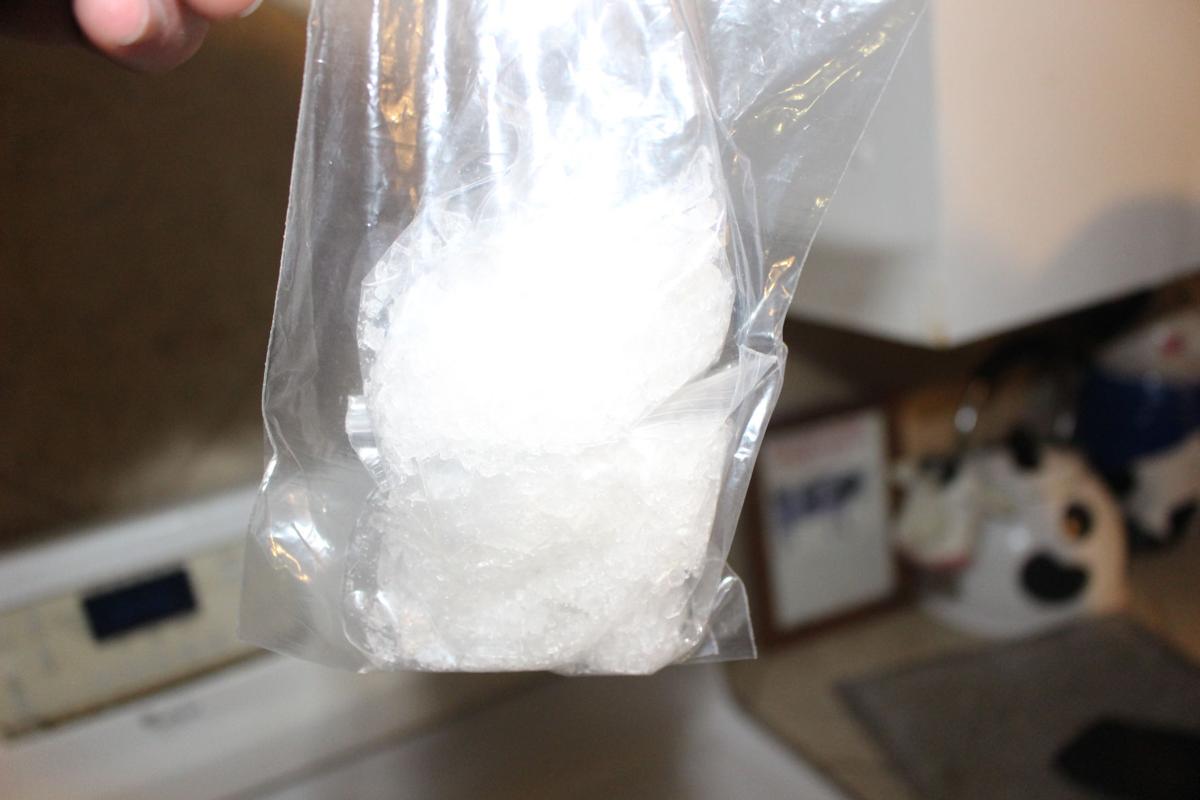 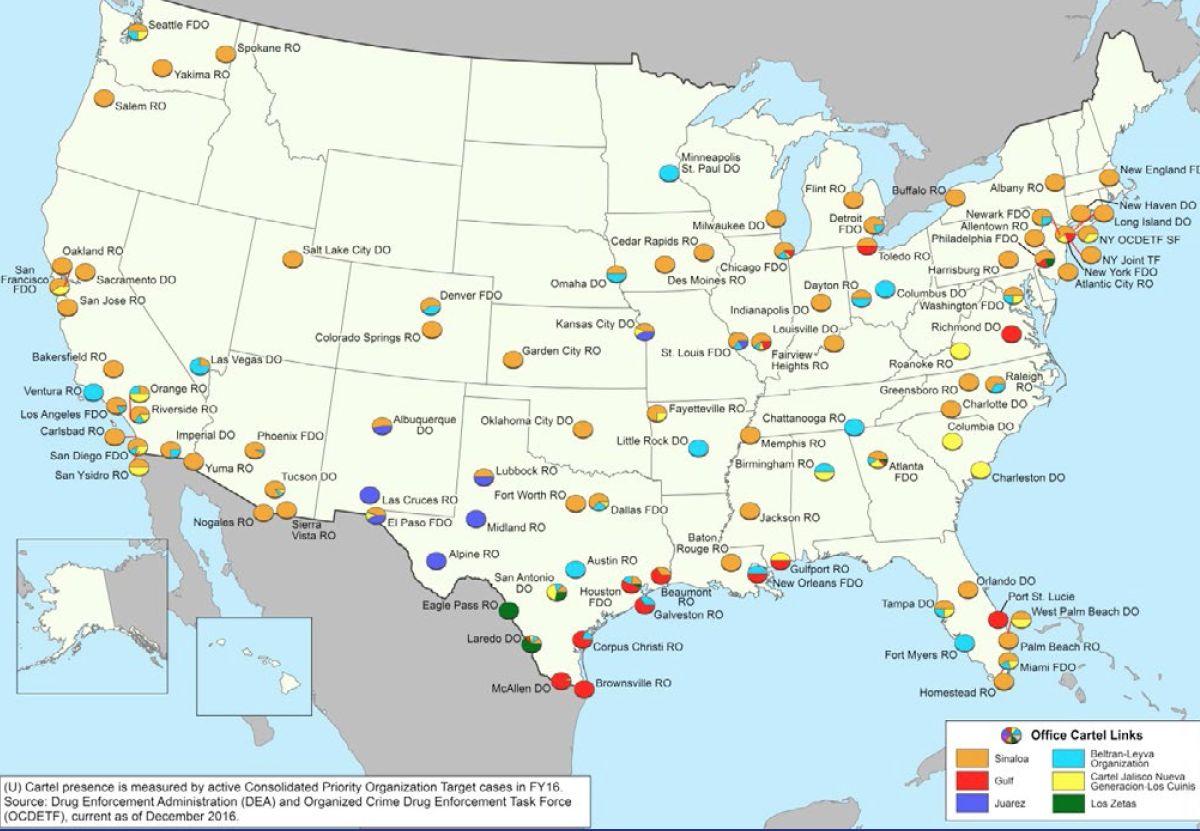 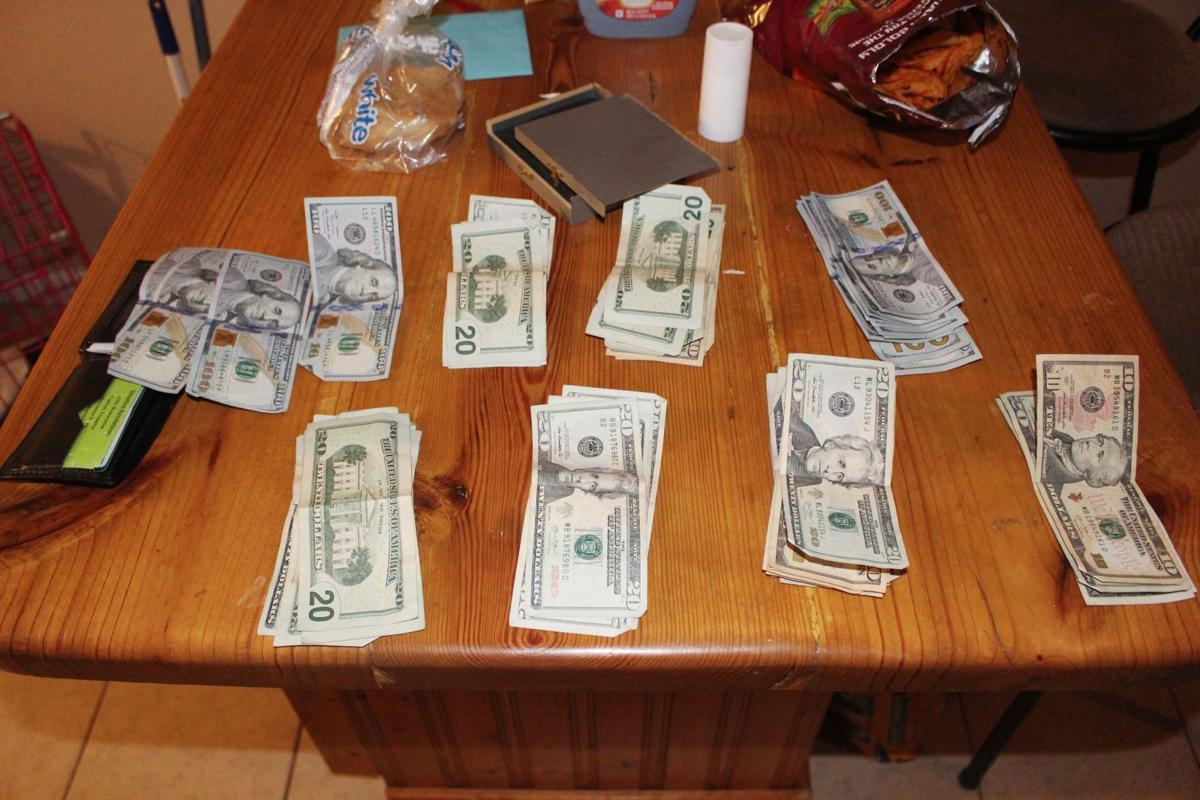 The manufacture and delivery of methamphetamine in Henderson County has slowed over the last several years, but it remains a drug of choice for users here, Sheriff Botie Hillhouse said.

“It's a problem everywhere — all over the nation. It's the most prominent drug here in Henderson County, and it's coming from Mexico. Years ago, people were cooking it here.”

Efforts by lawmakers have made it more difficult to do that.

“They started clamping down on ingredients that go into it,” District Attorney Mark Hall said. “At the drug stores, it's locked up. That kind of shut down some of the local manufacturing, I guess.”

But that's only one part of the problem.

“Over the past 10 years, the drug landscape in the United States has shifted, with the opioid threat (controlled prescription drugs, synthetic opioids and heroin) reaching epidemic levels, impacting significant portions of the United States,” according to the DEA's 2017 National Drug Threat Assessment.  “While the current opioid crisis has deservedly garnered significant attention, the methamphetamine threat has remained prevalent.”

DEA data also shows that Mexican drug-trafficking organizations have become the primary manufacturers and distributors of meth to cities throughout the United States, including Houston and Dallas.

“Domestic clandestine laboratory operators also produce and distribute meth but usually on a smaller scale. The methods used depend on the availability of precursor chemicals. Currently, this ... meth is mainly made with diverted products that contain pseudoephedrine. Mexican methamphetamine is made with different precursor chemicals. The Combat Methamphetamine Epidemic Act of 2005 requires retailers of non-prescription products containing pseudoephedrine, ephedrine or phenylpropanolamine to place these products behind the counter or in a locked cabinet. Consumers must show identification and sign a logbook for each purchase.”

A stimulant, meth can be ingested by pills, powder and being smoked.

“To intensify the effects, users may take higher doses of the drug, take it more frequently or change their method of intake,” according to the DEA.

It is “highly addictive,” and can cause increased heart rate and blood pressure, agitation, anxiety, paranoia and increased body temperature and respiration and convulsions. It may also lead to stroke, cardiovascular collapse or death.

“Those who smoke or inject it report a brief, intense sensation, or rush,” a DEA report shows. “Oral ingestion or snorting produces a long-lasting high instead of a rush, which reportedly can continue for as long as half a day. The rush and the high are believed to result from the release of very high levels of the neurotransmitter dopamine into areas of the brain that regulate feelings of pleasure. Long-term meth use results in many damaging effects, including addiction.”

Meth is a Schedule II stimulant under the Controlled Substances Act, available through a prescription that cannot be refilled, according to the DEA.

“Today, there is only one legal meth product, Desoxyn. It is currently marketed in 5-milligram tablets and has very limited use in the treatment of obesity and attention deficit hyperactivity disorder (ADHD).”

Hillhouse said that law enforcement officers have to be more aggressive in combating the use, manufacture and delivery of meth in Henderson County.

“Probably 85 percent of the people in jail have some kind of drug problem. One thing we have done is put an investigator at the DEA in Tyler. He had been a member of the task force before.”

Hall agreed that the drug trade can be attributed to many inmates being incarcerated.

“We have a lot of drug cases,” he said. “Most of the cases that are indicted are drugs — possession, delivery, manufacturing cases. Drugs are also a factor in a good percentage of other cases, whether it's property crimes or crimes against people. My office also handles Child Protective Services cases, and a lot of those have a connection to drug use as well. Meth is the dominant drug of choice around here.”

He also called it a “huge problem.”

“Since I've been in the DA's office, for 10 years now — eight as first assistant — it's certainly a huge problem. I don't know if it's worse here than in other areas. It's just a prevalent, ever-present problem all over the state and country. It just comes across the border, and people are addicted to it. It is fairly inexpensive and easy to get, unfortunately.”

According to the DEA, most of the meth available in the U.S. (is) being produced in Mexico and smuggled across the Southwest border. Domestic production continues to occur at much lower levels than

in Mexico, and seizures of domestic methamphetamine laboratories have declined.”

And the 2017 Texas Public Safety Threat Overview shows that violence and criminal activities of Texas street gangs continue to represent a “significant” public safety threat. In 2016, the top “Tier 1” gangs in Texas are Tango Blast, Mexican Mafia and MS-13.

“These gangs pose the greatest threat due to their relationships with Mexican TCOs, high levels of transnational criminal activity,

“We don't seem to have as high of a concentration of meth arrests in the city as what you see in the outlying and remote areas of the county,” Chief Buddy Hill of the Athens Police Department said. “We do make arrests for meth, cocaine and marijuana. But we don't have the concentrated activity that the sheriff's department is sometimes plagued with. “

For more on the DEA's 2017 National Drug Threat Assessment and how it impacts Texas, visit dea.gov.

Carl Eugene Keesee passed away September 11, 2020. He was born in Hollis, OK on July 29, 1948 to parents Claud Eugene and Laverne Keesee. He was preceded in death by his parents, Claud and Laverne, his grandparents, his brother Billy Joe Keesee and a niece and nephew. He is survived by Thres…

Kay Elaine Sanders went to be with her Lord on August 17, 2020, shortly after being diagnosed with pancreatic cancer. Kay was born in Tyler, Texas on January 22, 1959. She was preceded in death by her parents, Gloria Jean and Kenneth Lowell Sanders. Kay graduated from John Tyler High in 1972…