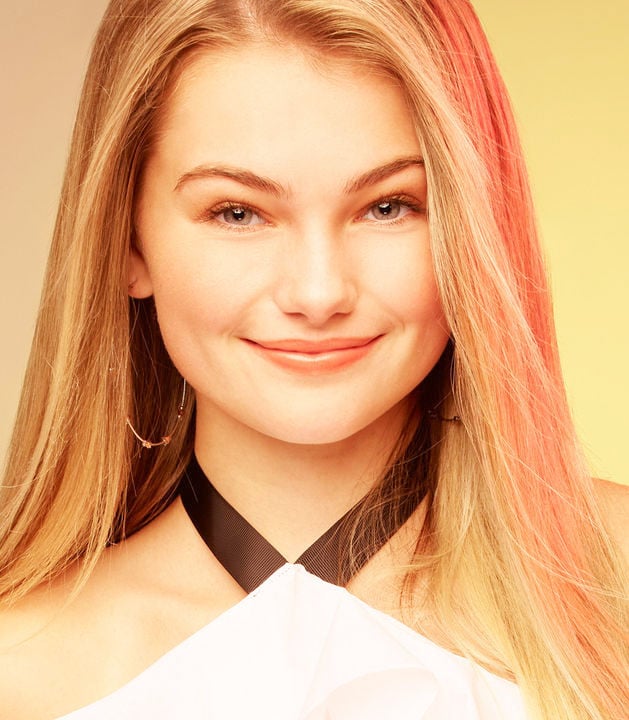 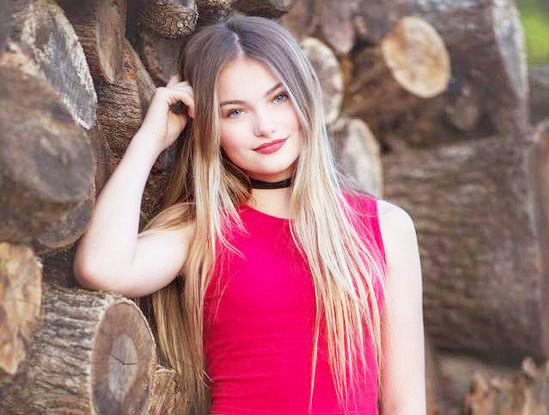 For Riley Thompson, her childhood dream has become a reality.

“I've been singing since I was little,” she said. “I had my first solo when I was in day care when I was 4. That's when I really thought I wanted to do music.”

“My coach was saying that I should start writing songs and going on gigs, so I started performing in restaurants and bars here in Mabank. Then I got lessons.”

Soon, she learned that she secured an audition with American Idol.

"My vocal coach set it up,” Riley said. “It's been an awesome journey.”

And on Sunday, viewers can watch the Mabank High School student perform in the 17th season of the show, at 7 p.m. on ABC.

“It was amazing,” she said. “I chose to do my audition in Los Angeles because it is so much different than Mabank, Texas. That was a one-time thing. We went out there for about a month. I met so many people and learned so much.”

The 16-year-old sophomore is the daughter of Ann Marie and Mike Thompson. They joined her for that trip, along with Riley's 6-year-old sister and grandmother.

“It was busy, so we didn't see much of LA,” Ann Marie said. “But it was awesome. The audition process is one in itself. They have it together. It's like clockwork but there is something going on all of the time. I'm sure our nerves were pretty frazzled because we didn't know what to expect.”

The audition was in the fall.

“My parents have known I could sing since I was 4,” Riley said. “I just knew this is what I was going to do. They have been pushing me to sing, and my friends support me throughout anything. The whole school really does.”

“It's been busy but great,” she said. “She stays busy. We are never at home, it seems like. Just about every night, we have something going on. Riley writes one song a week, pretty much. She is constantly writing and practicing.”

At school, Riley is also a cheerleader.

“She does a little bit of everything, but music is her focus. She would love to have a career in music.”

At 15, Riley was the youngest contestant to debut on Real Country on USA Network in December, according to American Idol. She performed against a duo with more than a decade of experience and she did not advance. Riley represented Team Shania Twain, covering Taylor Swift's hit, “Love Story.”

She was also last year selected as one of five finalists from among 200 contestants in the TXM Singer Songwriter competition at Love and War in Lindale.

“She's a completely different person when she gets on stage,” her mother said. “Honestly, she is a little shy. When she's not performing, she is pretty quiet. She gets her homework done and does talk to her friends. But she's really not outgoing.”

Ann Marie said she has noticed how well Riley has managed a demanding schedule.

“She impresses me. I would see her in the middle of an interview and think, 'Wow. That was really good.”

As a youngster, Riley listened to Swift's music. But she's more into the country music of the 70s and 80s.

“She has grown up a little bit and I guess her music tastes have changed,” Ann Marie said. “She listened to Taylor when she was young because her sister listened to Taylor. Now, she listens to Miranda Lambert and Dolly Parton. I listen to her playlists some days and think, 'Wow. You have this on your playlist. A Don Williams song was on there. She doesn't listen to everything we listen to, but it's usually country.”

Riley cautioned that she can't be compared to Swift, a Grammy Award-winning artist.

“We are really not in the same boat, but she is definitely someone I look up to. She's a great singer.”

As far as life after high school, Riley said that she has “no idea.”

“Singing is my passion. I don't know what I would do if I weren't singing.”

Meanwhile, Riley's mother said that she and Mike have started considering home-schooling her.

“Her school has been amazing working with her and accommodating her. I guess we can't expect her to do it forever. I told her that depending on where things take us, if it gets this bad again, we need to start thinking about something different.”

Riley's performances can be found on YouTube. For more on her career, visit https://idolchatteryd.com/meet-riley-thompson-of-american-idol-season-17/

Virginia Nadine Tindel Fisher was born on August 4, 1927 in New York, Texas, the youngest child born to Pascal Eugene Tindel and Maggie Buie Tindel. She passed from this life on August 22, 2021 in Tyler, Texas. Virginia is preceeded in death by her parents and three siblings, Mildred, Henry …