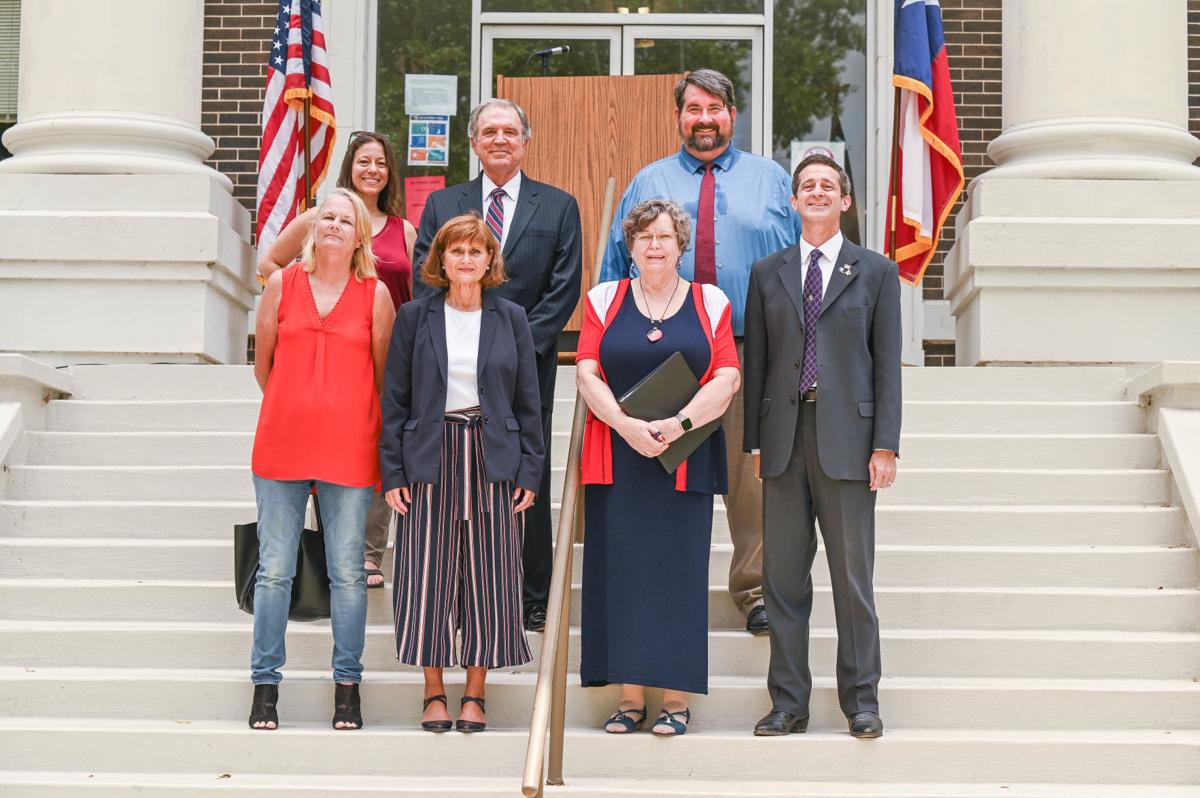 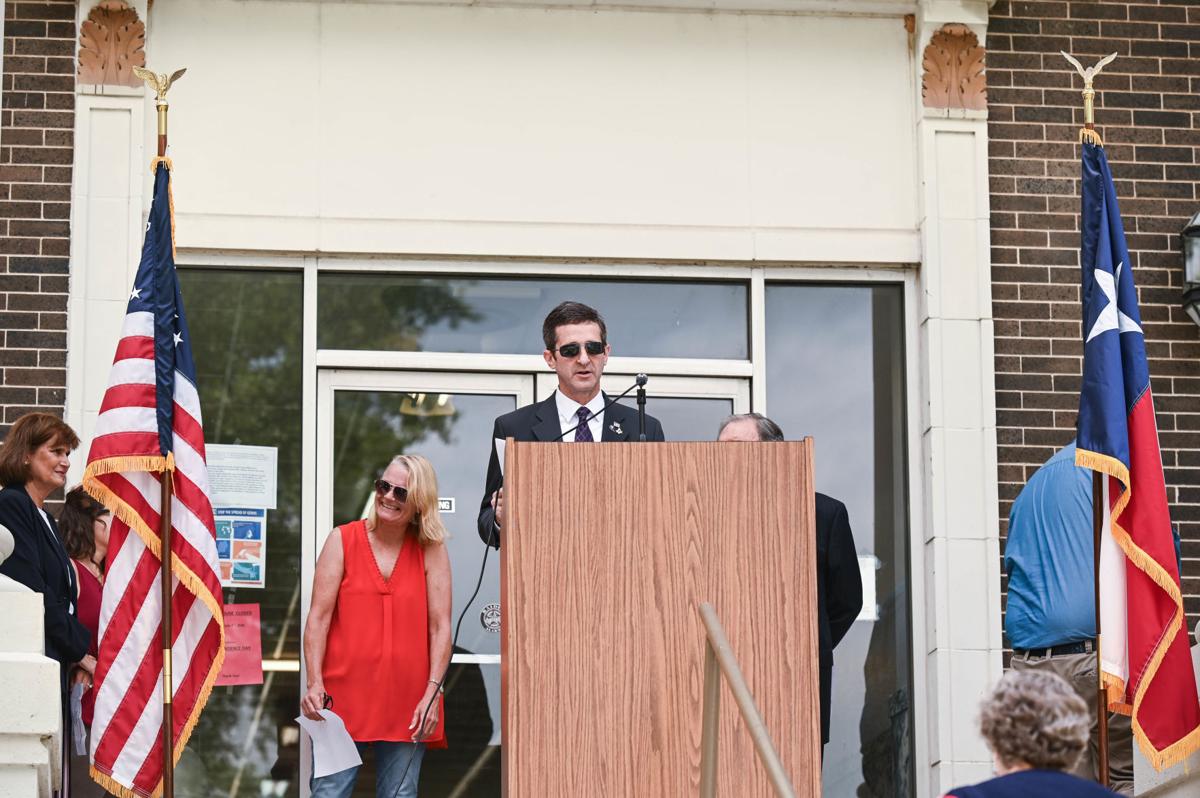 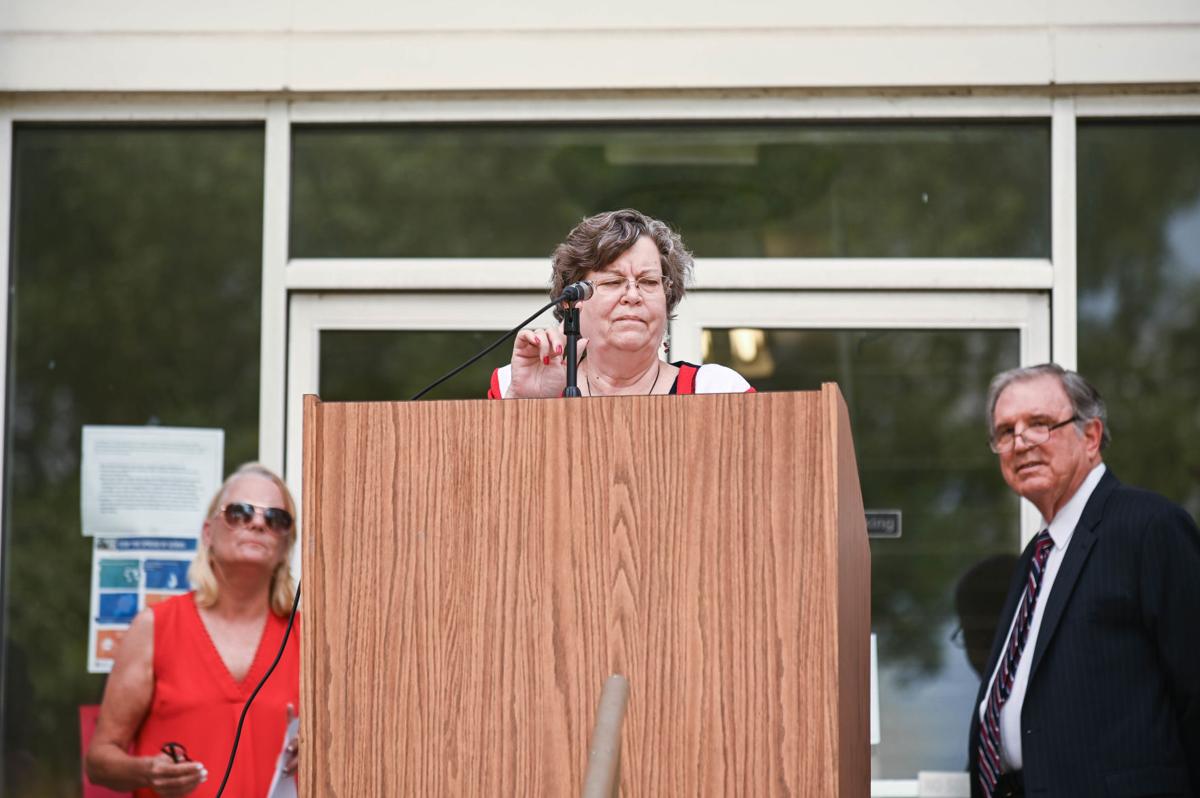 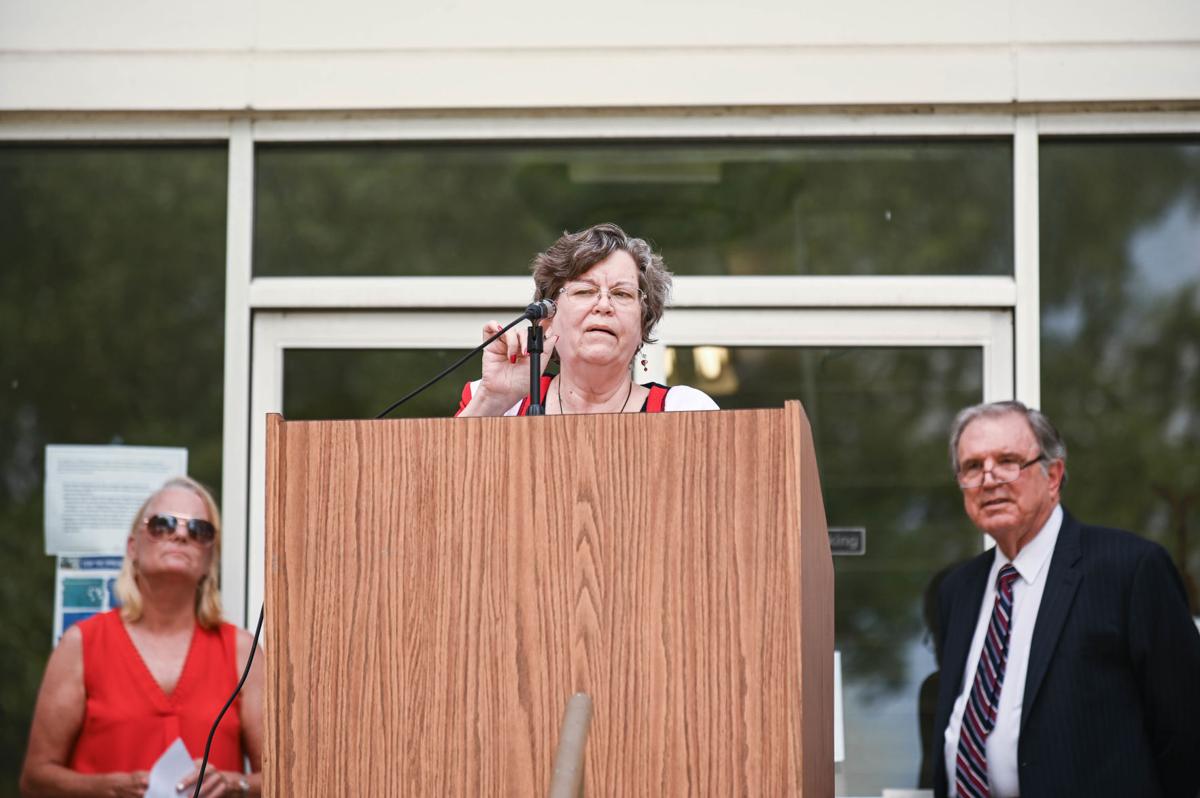 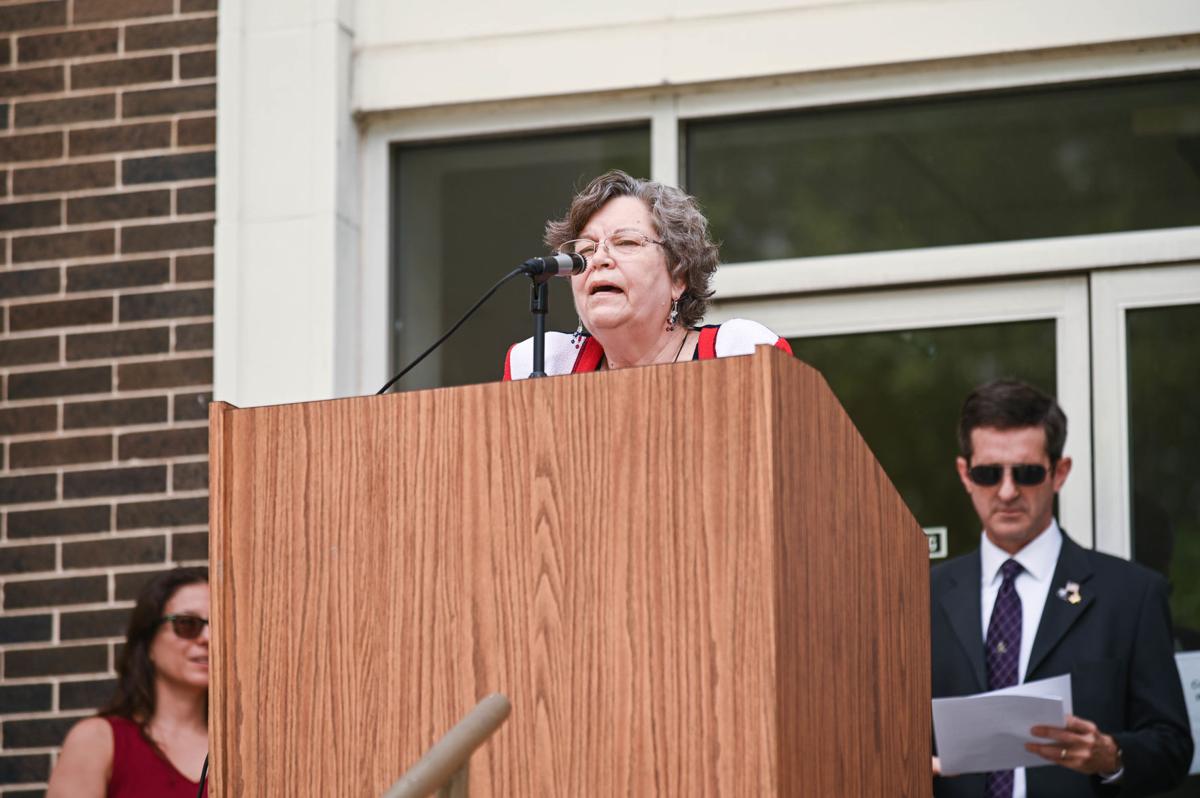 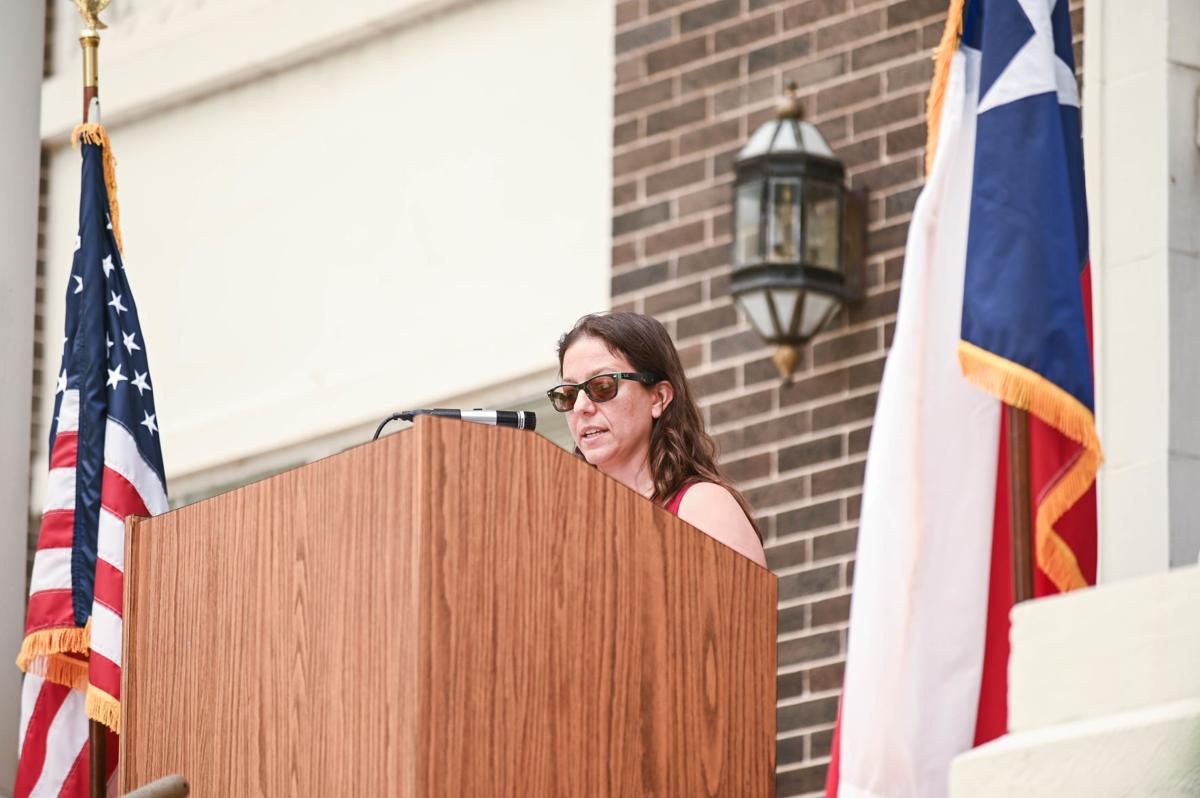 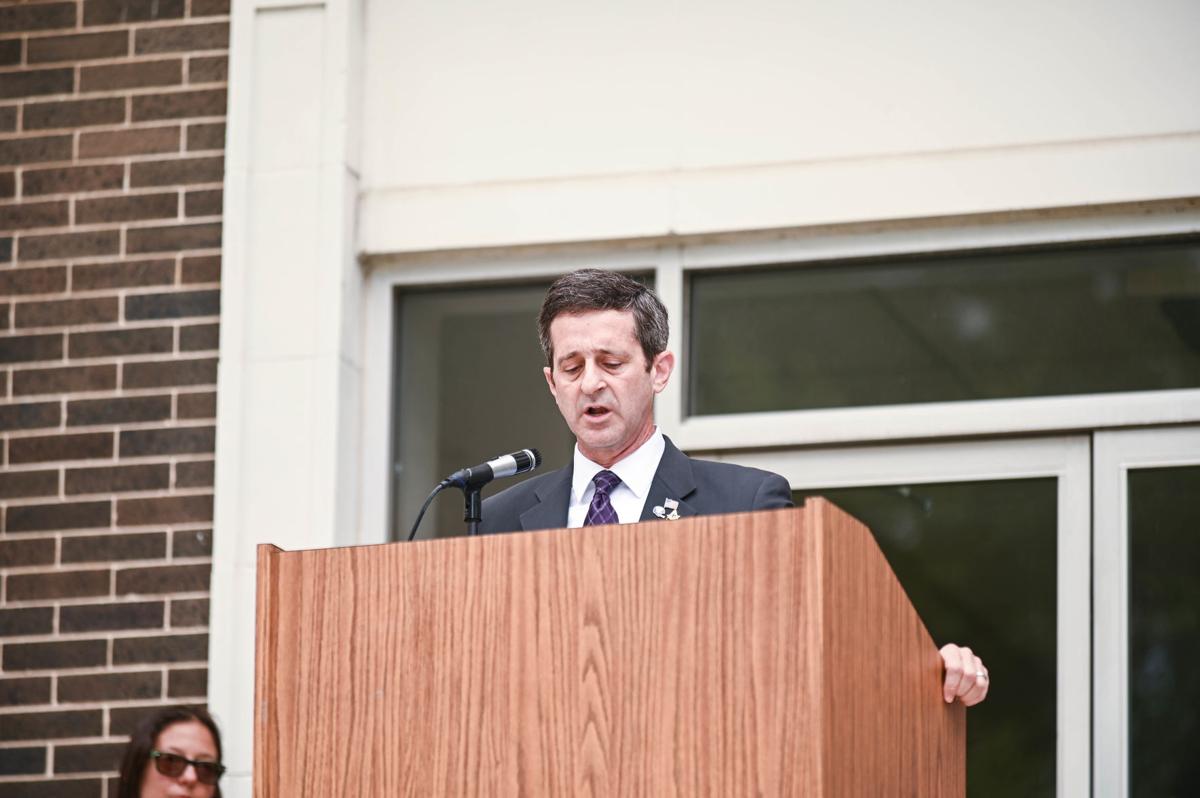 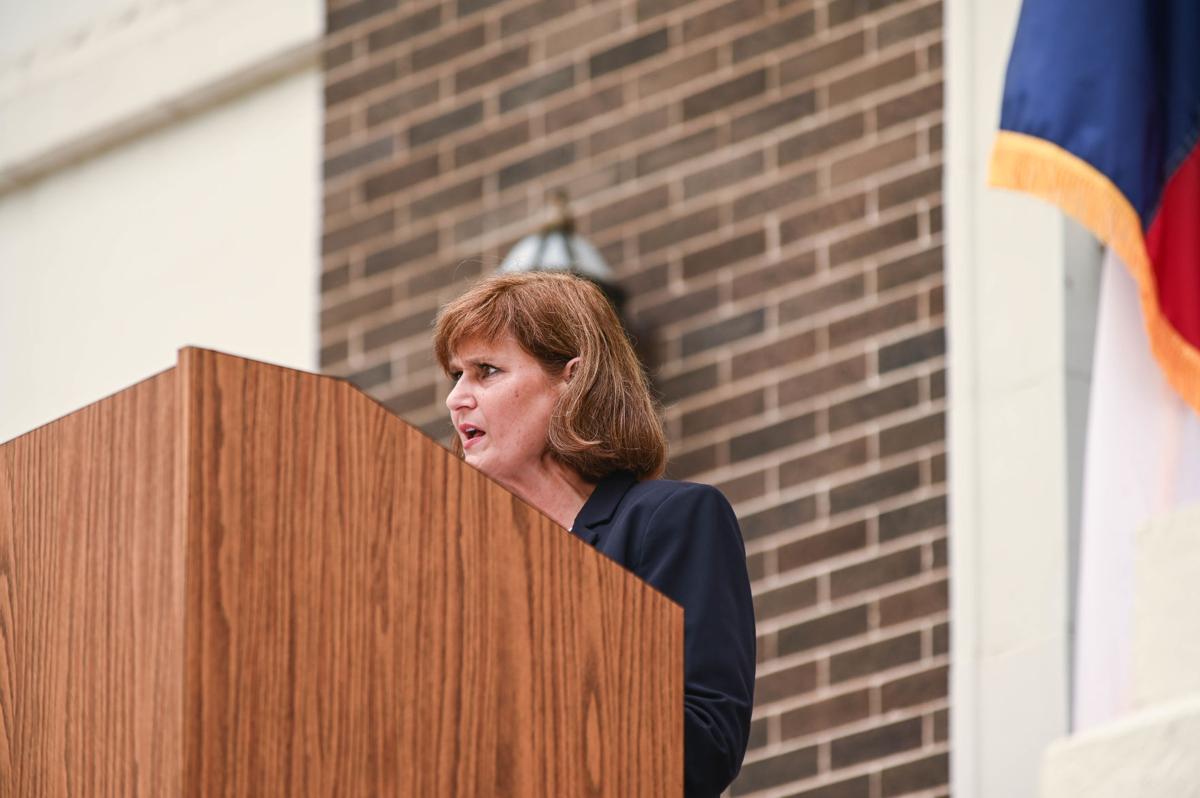 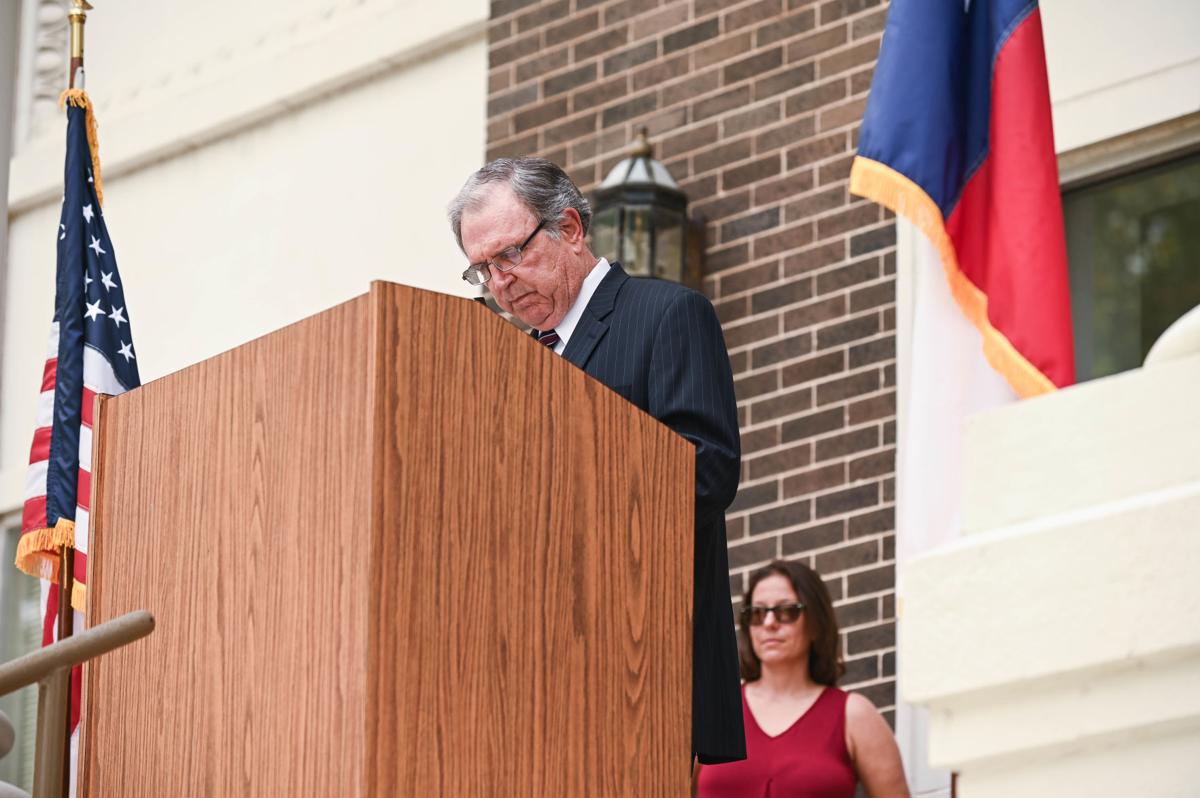 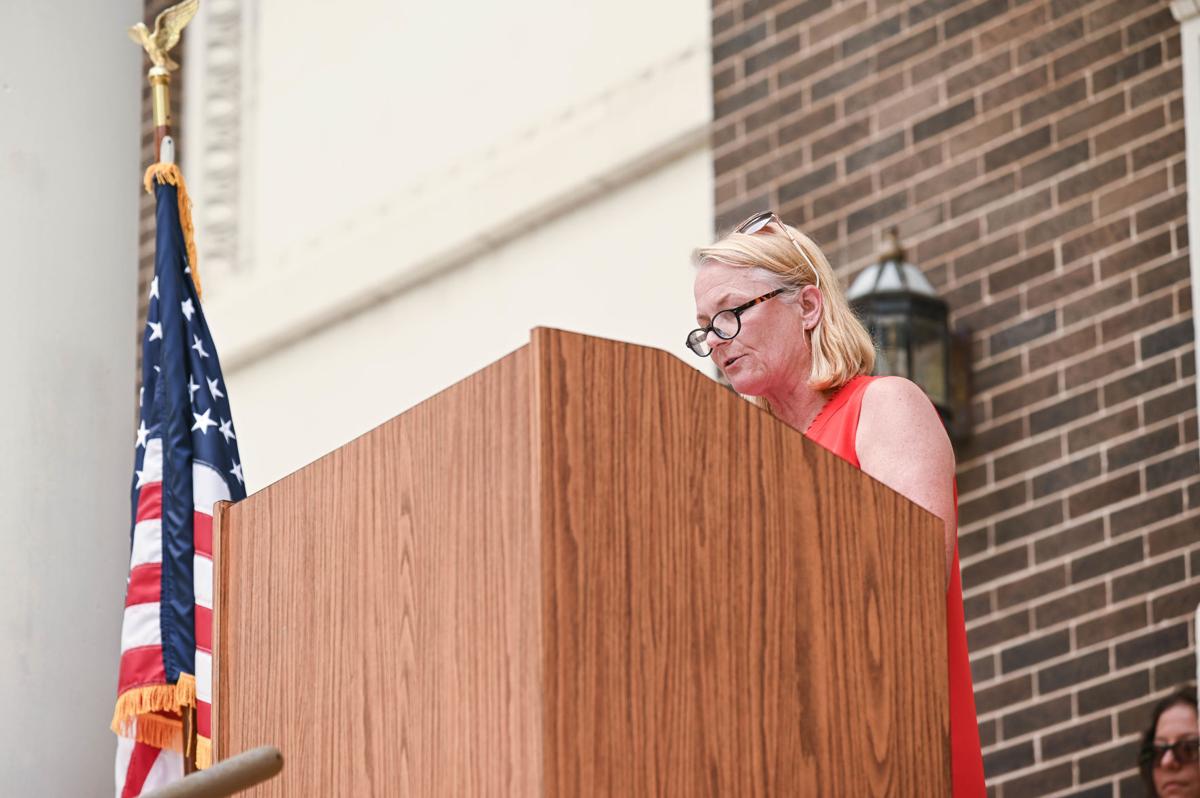 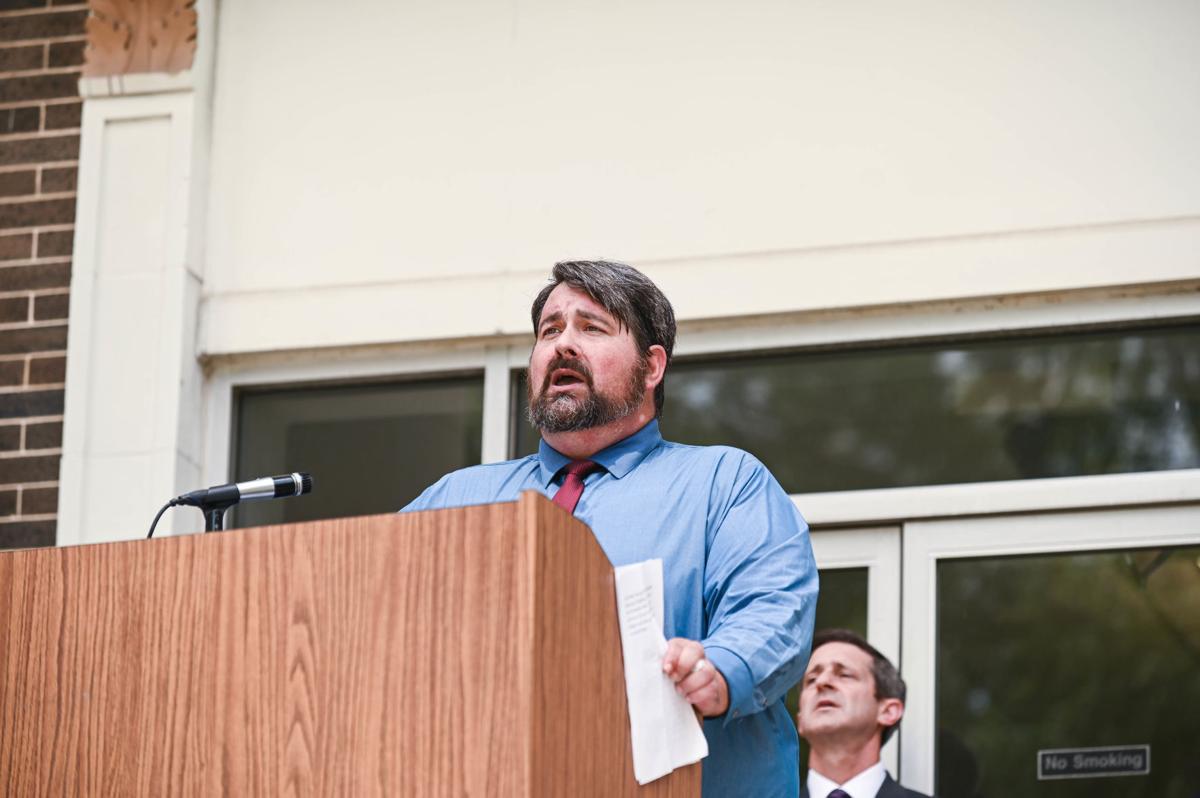 Members of the Henderson County Bar Association and local Judges took turns reading the Declaration of Independence at noon Thursday on the courthouse steps. This collaborative effort between the HCBA and the Texas Criminal Defense Lawyers Association celebrated its 10th anniversary this year.

In such divisive political times, the voices on the courthouse lawn were hauntingly similar to the state of the current climate in America 244 years later. Yet the 13 colonies were united as it says:

“The unanimous Declaration of the thirteen united States of America.

We hold these truths to be self-evident, that all men are created equal, that they are endowed by their Creator with certain unalienable Rights, that among these are Life, Liberty and the pursuit of Happiness. That to secure these rights, Governments are instituted among Men, deriving their just powers from the consent of the governed.”

The Texas Criminal Defense Lawyers Association started the project to see that the Declaration was read at every courthouse in all 254 counties in the state of Texas. The idea of lawyers reading the Declaration at the courthouse to celebrate Independence Day was well received, and defense attorneys across the state have started to do this annually.

Donna Mayhall, a local family attorney, organized the first event of its kind in this area for the TCDLA and has helped organize it ever since.

“It is important for the citizens of this country to be reminded of the principles upon which this country was founded and the sacrifices which were made by patriots to obtain and maintain our freedom,” she said.

As a proud American and self-proclaimed history buff, Mayhall said she hopes the event will continue to honor this very important piece of history.

“I just love this country,” she said. “I’m a proud American.”

Another popular address, The Gettysburg Address by President Abraham Lincoln reiterated the importance of this document 87 years after the original.

"That these dead shall not have died in vain – that this nation, under God, shall have a new birth of freedom – and that government of the people, by the people, for the people, shall not perish from the earth.”

Whether it is the day it was written, four score and seven years ago, or in the year 2020, the words still ring true and are one of the foundations this country was built on.

She said she hopes to help with the event as long as possible, and that someone will step up to honor it when she can no longer do so. It is a collective effort she explained.

The event was live-streamed on the HCBA Facebook page for those who chose social distancing, and on the personal pages of some of the attendees.