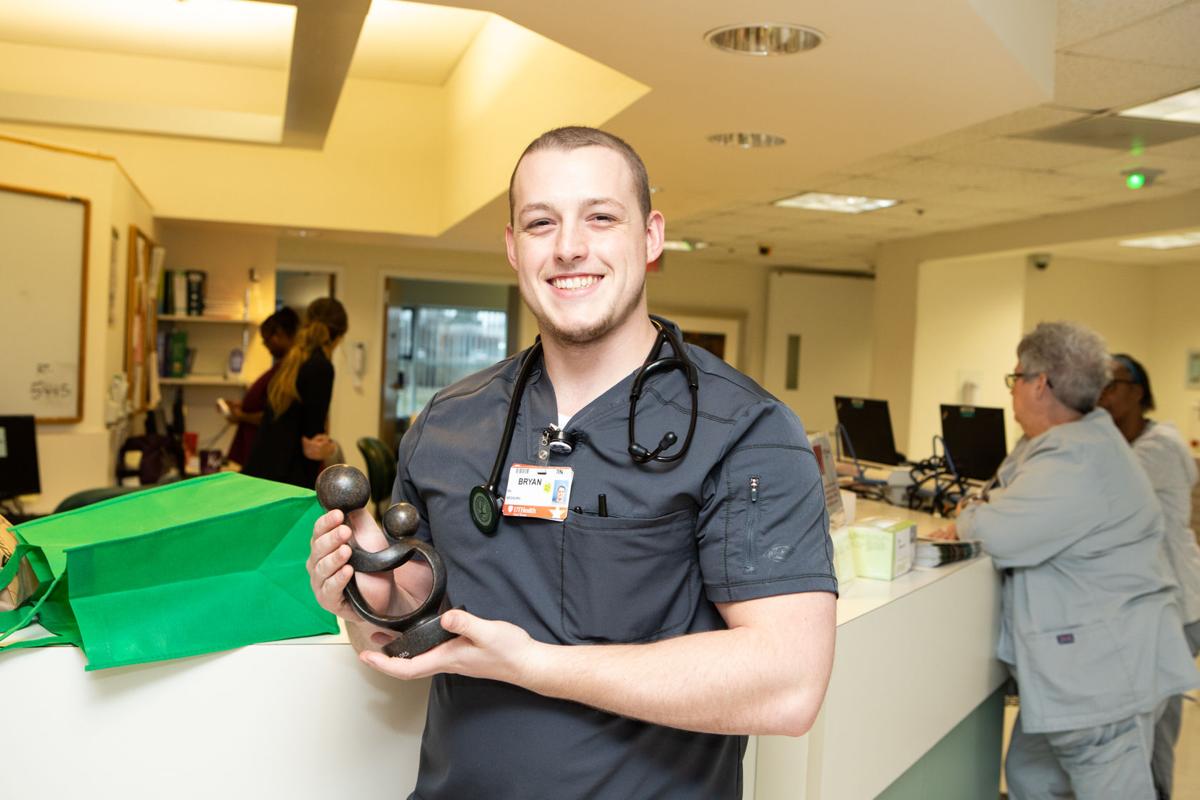 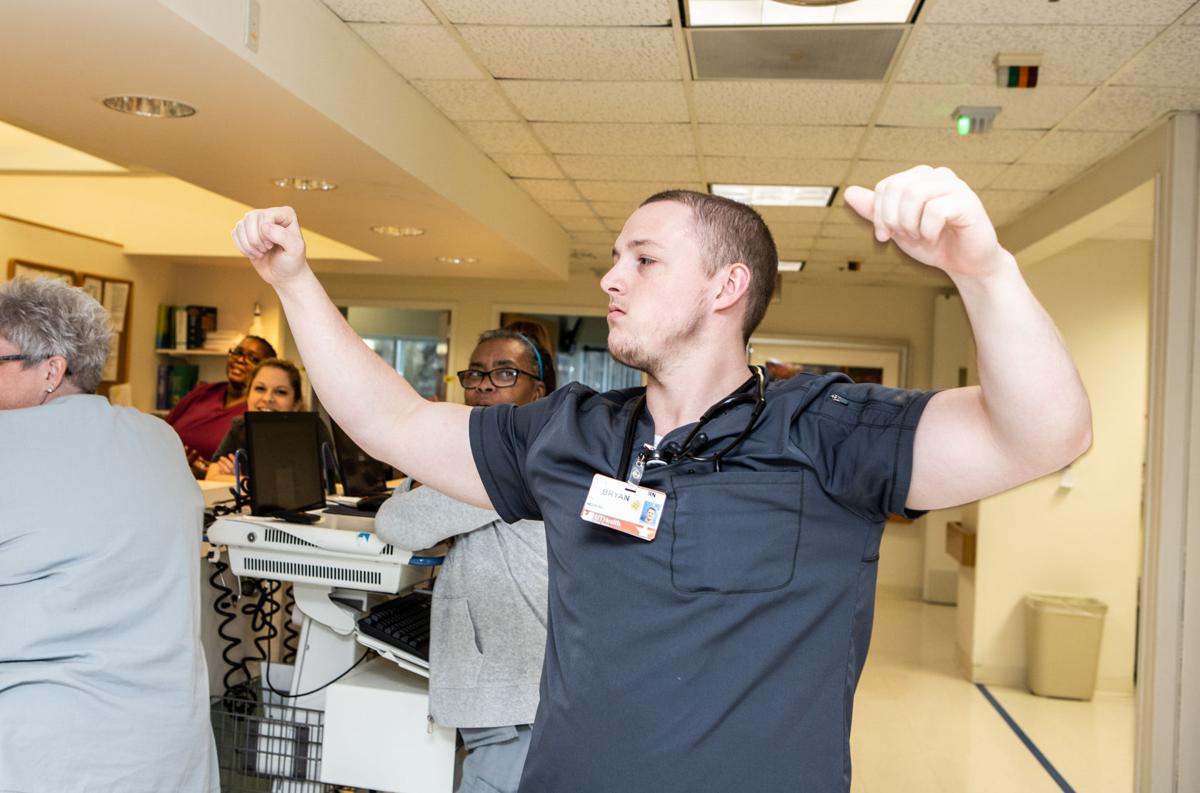 Rhea showed his excitement when his award was announced. 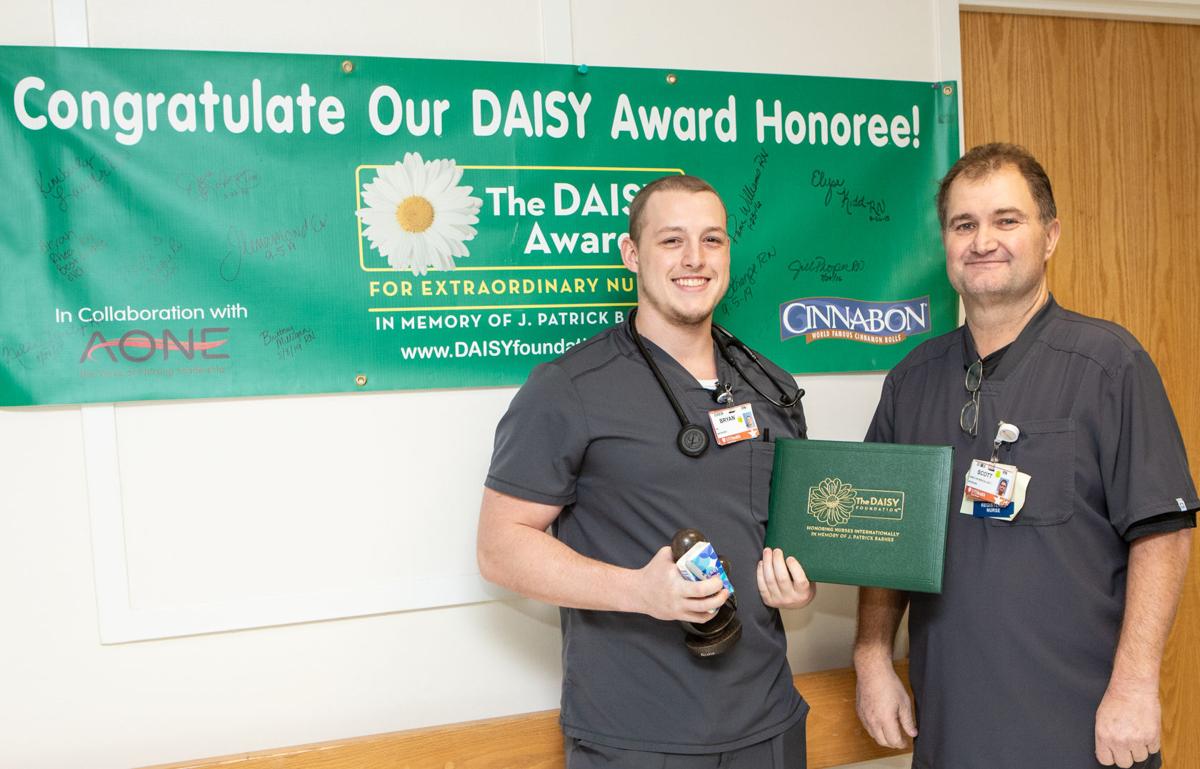 Rhea showed his excitement when his award was announced.

UT Health Athens presented the prestigious Daisy Award to registered nurse Bryan Rhea Thursday in front of his colleagues. Rhea has been a med-surg nurse there for two years and was nominated by his patients.

The Daisy Foundation awards nurses that have been nominated by someone who sees an act of extraordinary care. Awards are issued quarterly by a nursing committee.

Originally created in 1999 by Patrick Barnes who witnessed kindness and compassion that exceeded his expectations by a nurse caring for his terminal family member who was fighting an autoimmune disorder. Daisy stands for Disease Attacking the Immune System.

It has grown to include over 1,900 healthcare facilities including UT Health Athens.

Scott Crow, med-surg director presented the award along with a hand-carved statue and Cinnabons, which were significant to the founder of the Daisy Foundation.

“Bryan has proven to be a valuable asset to the Hospital and is consistently being recognized by the patients, their families as well as staff. He shows compassion and demonstrates his knowledge when  assisting those in need,” Crow said.

The patients wrote in to tell of his kindness and nominate him for the award, a raise and a promotion.

“Bryan was spectacular, above and beyond not only to my husband but to me,” the patient wrote. “He was very knowledgeable plus an extremely good listener.”

After a very long shift, she noticed Rhea was tired, but that did not stop him from wheeling her all the way out to the car.

Rhea's supervisor added “He is  very caring and assists his team where and when needed to provide quality of care.”

Rhea expressed shock and excitement over the award. If you would like to nominate someone for a Daisy award, you can email kmjablonski@etmc.org.