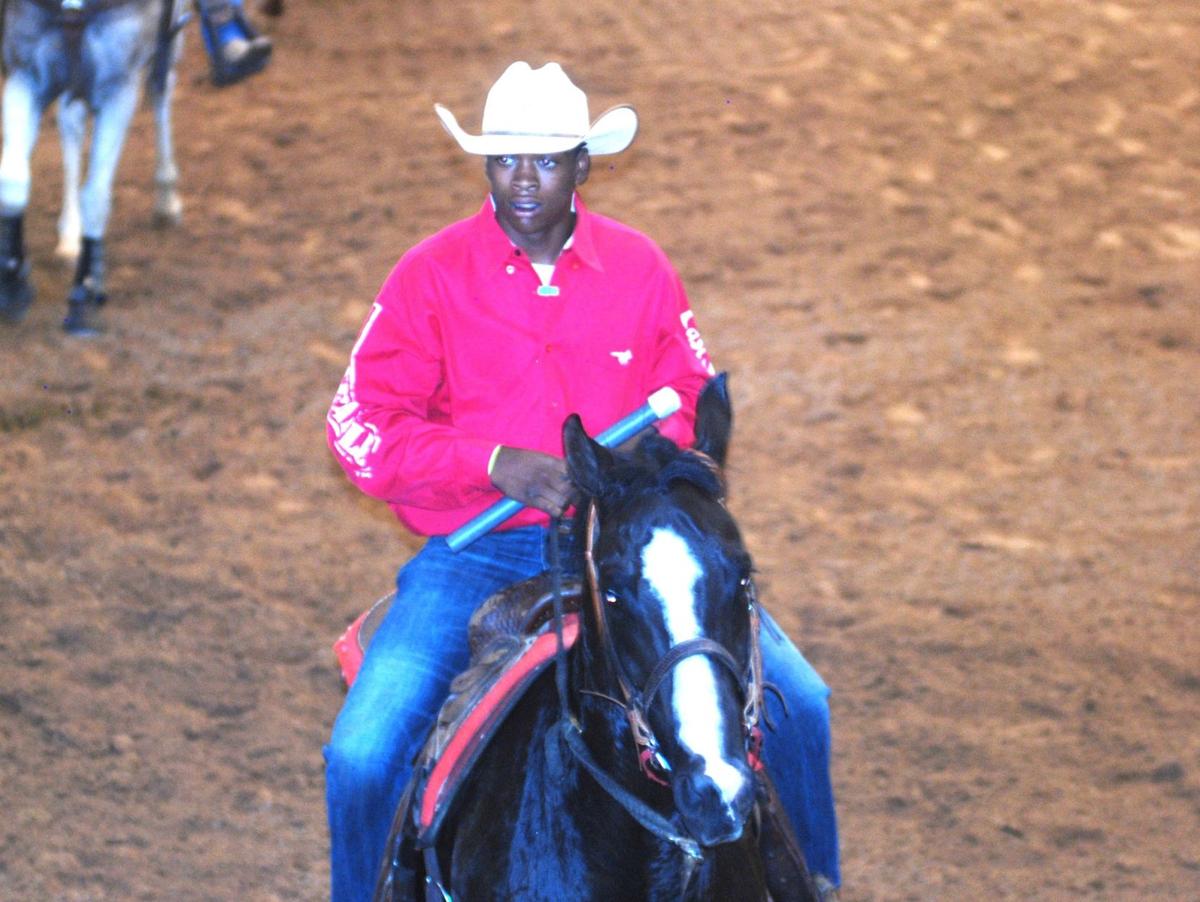 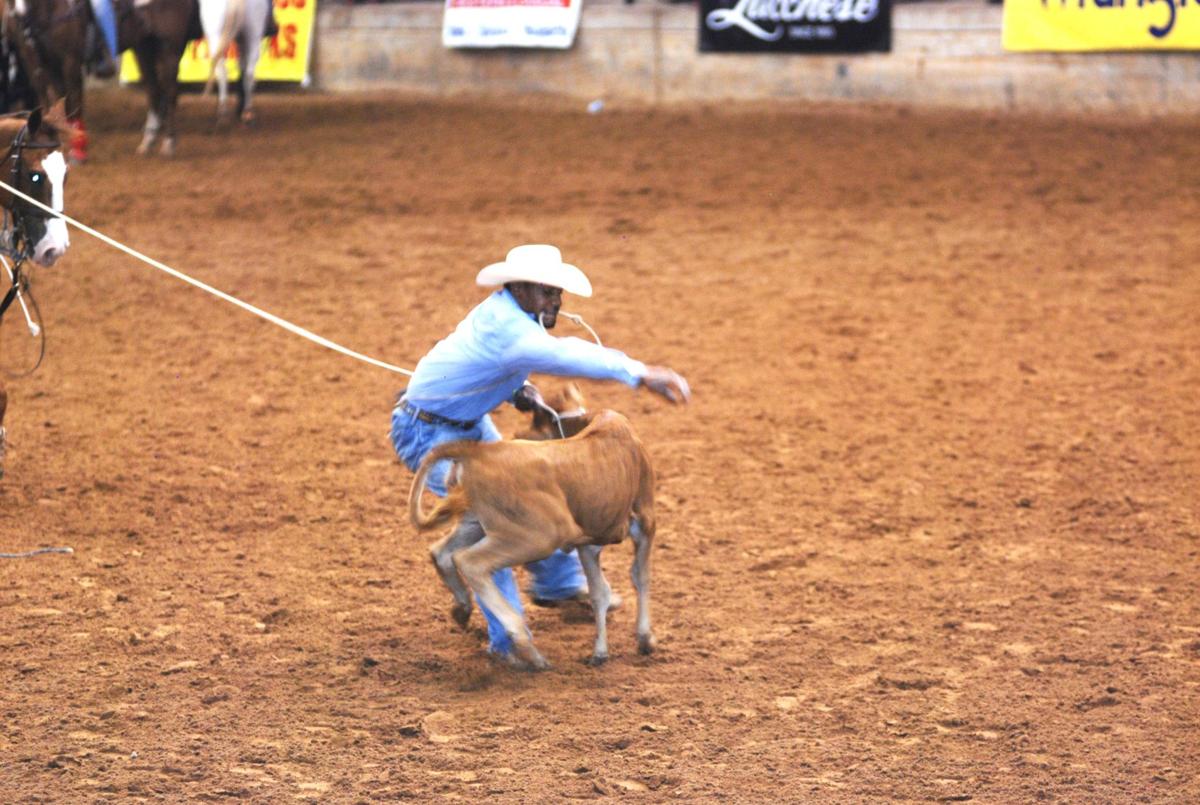 Black Rodeo Association Committee member Larry West said the 2019 edition of the rodeo brings all of the favorite events and a few additions.

“It's kind of a two day celebration,” West said.

The activities begin on Friday, June 7, with an all terrain vehicle ride in the Sand Flat Community starting at 8 p.m..

On Saturday at 1 p.m. a trail ride originates from the Fair Park complex. The ride will go to Disciples Crossing. Darius Shofner will ramrod the ride.

“These are two events that are new and we're excited about them,” West said.

The gates open at 6 p.m for the Saturday night rodeo performance. Showtime is at 7: 30 p.m..

Half-time entertainment will be presented by music star, Till 1.

The rodeo began eight years ago as a fundraiser for the upkeep of the Barker Cemetery. It proved to be a success and has become a yearly event.

Jeffery Enoch, CEO of the HCBRA spearheads the rodeo each year.

This year, Frank “Penny” Edwards, who produced the rodeo for the Real Cowboy Association will be remembered at the performance.

“He died April 6 and his wife Shirley will take over production of the rodeo this year,” West said.

Longtime school teacher Nancy Solomon has been involved with the rodeo during its run and said it's an exciting event for the community.

“We hope that everyone will come out, because we know the importance of Junteenth in our history,” Solomon said.

West explained that the Juneteenth holiday was special to blacks in Texas, because on June 19, 1865, Union Army Maj. Gen. Gordon Granger marched his soldiers to Galveston to deliver the message that slavery had ended in America.

Abraham Lincoln had issued the Emancipation Proclamation on June 1, 1863, granting black men, women and children their freedom. Although the words of the Emancipation were on paper, bitter fighting was to be done to make them a reality. That July, Union victories in Vicksburg and Gettysburg did much toward advancing the northern cause.

But for nearly 250,000 slaves in the south, freedom didn't become a reality until the Confederate armies surrendered. Once the news was delivered it touched off celebrations among the newly freed Americans, called Juneteenth.

Texas proclaimed Juneteenth an official holiday in 1980. It's generally celebrated on the third Saturday in June.

After gaining their freedom, many of the black cowboys, who had learned their craft on ranches in Texas and the south, set out to make a living on their own.

According to a story in Smithsonian.com, as many as one in four cowboys in the west was black.

When ranchers began selling their cattle to the northern states, where they could bring several times the price as in cattle rich Texas, the black cowboys were much in demand in the cattle drives to the railroads in Kansas and Missouri.

“There have been many black rodeo cowboys,” West said. “Like Bill Pickett.”

The Smithsonian story reveals that Pickett was, born in 1870 in Texas to former slaves. He dropped out of school to become a ranch hand. He was a renowned steer wrestler thanks to his technique of biting the steer's lip, making it more compliant for a take down.

Pickett performed for audiences around the world with the Miller Brothers’ Wild West Show.

In 1972, 40 years after his death, Pickett became the first black cowboy inducted into the National Rodeo Hall of Fame.

“The Henderson County Black Rodeo Association is about building communities and families,” Enoch said. “Everyone is invited to be a part of the black rodeo.”

“RCA fans are loyal, passionate, knowledgeable, and have tremendous pride in their hometowns and in the cities they visit,” the organization's website shows. “RCA fans have been the heart of Texas, Louisiana, Arkansas, Mississippi and Alabama for over 30 years and provide the participants and fellow fans with the most exciting atmosphere in the western rodeo world.”

This spring the Real Cowboy Association has sanctioned events in Mississippi, Arkansas, Louisiana and Texas. Billed as “The Baddest Show in Dirt” the association was founded in 1985 and holds competitions throughout the year, ending with the National Finals on November 17 at Bossier City, Louisiana.