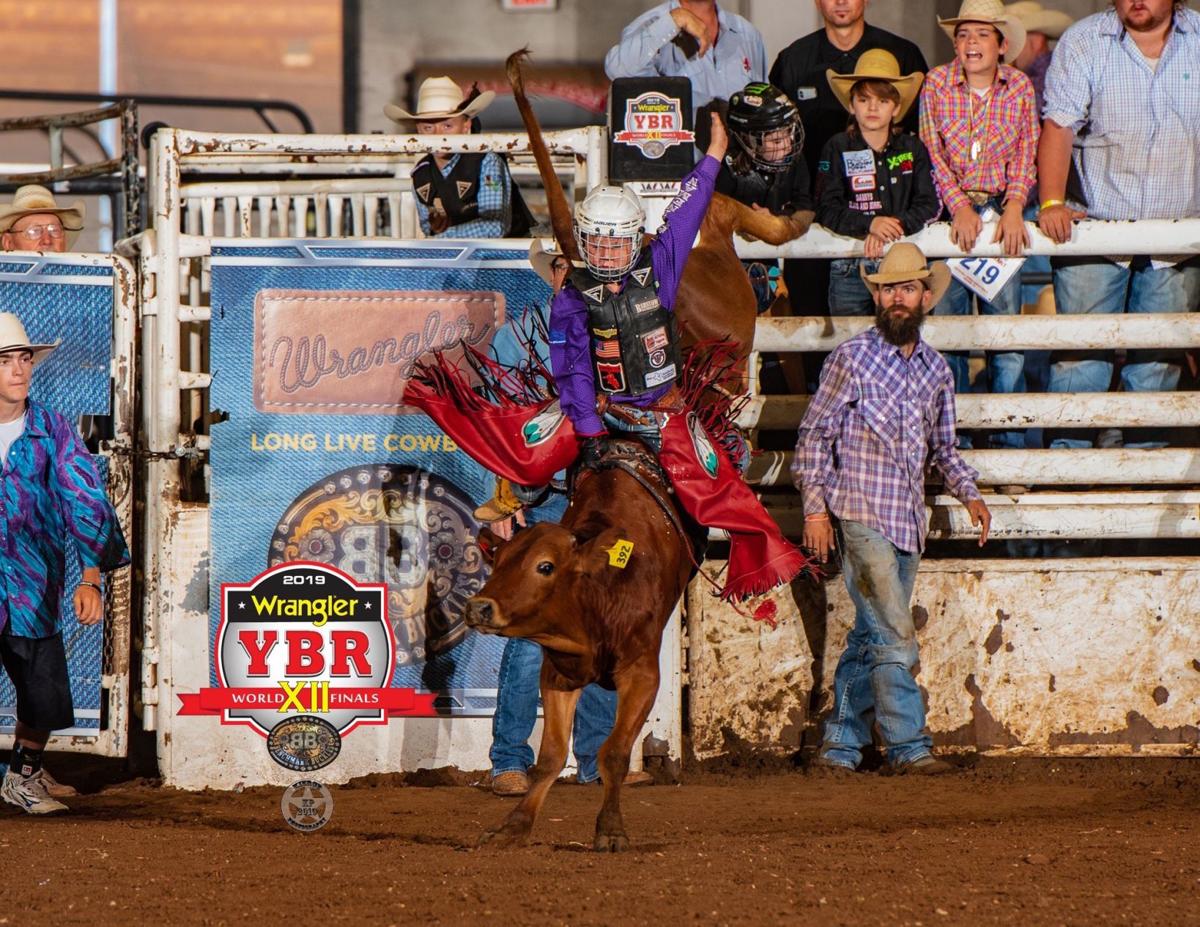 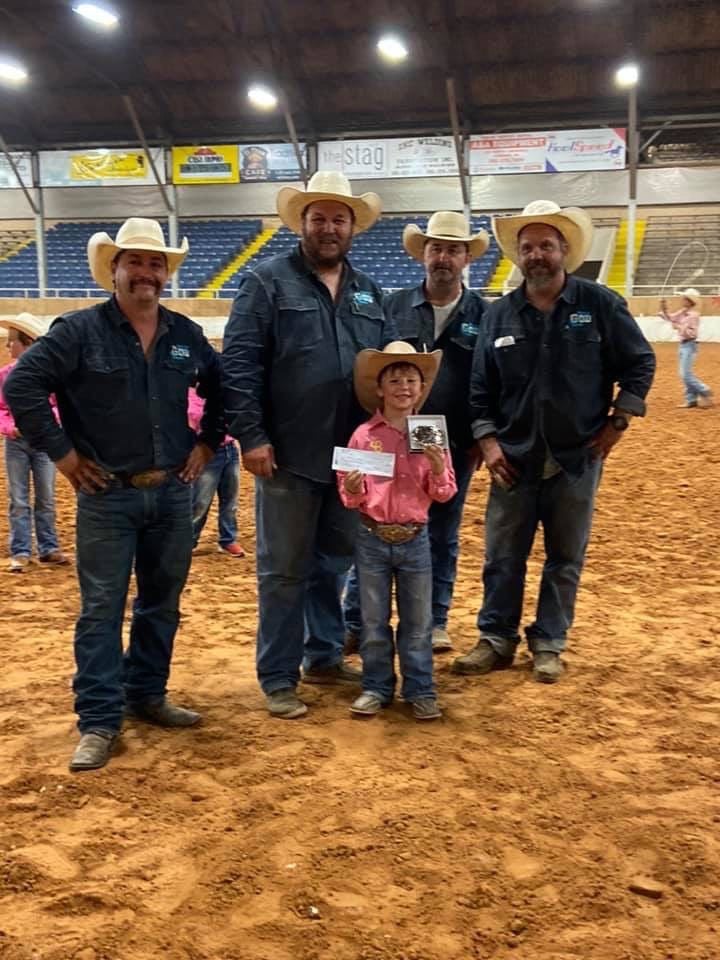 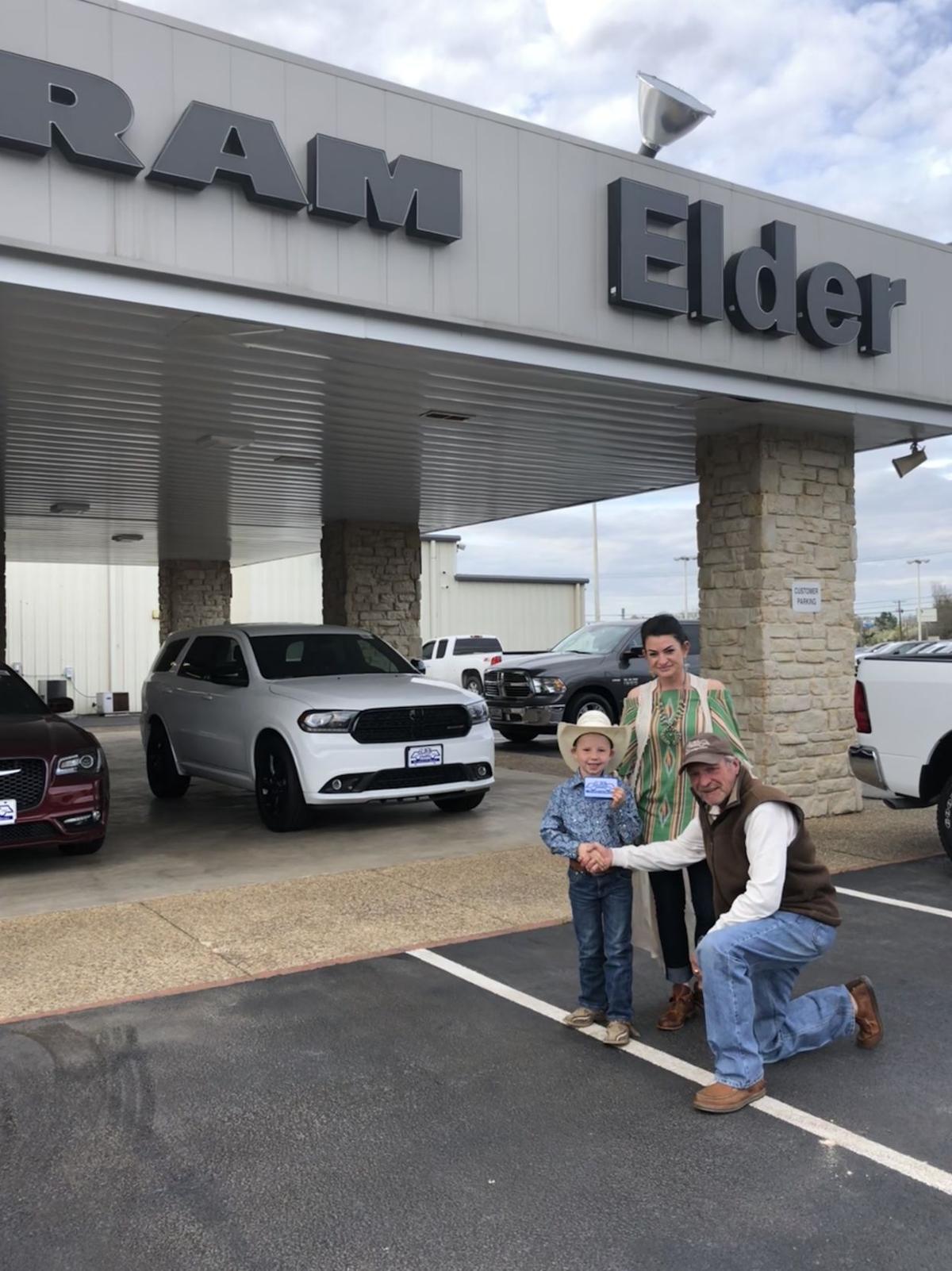 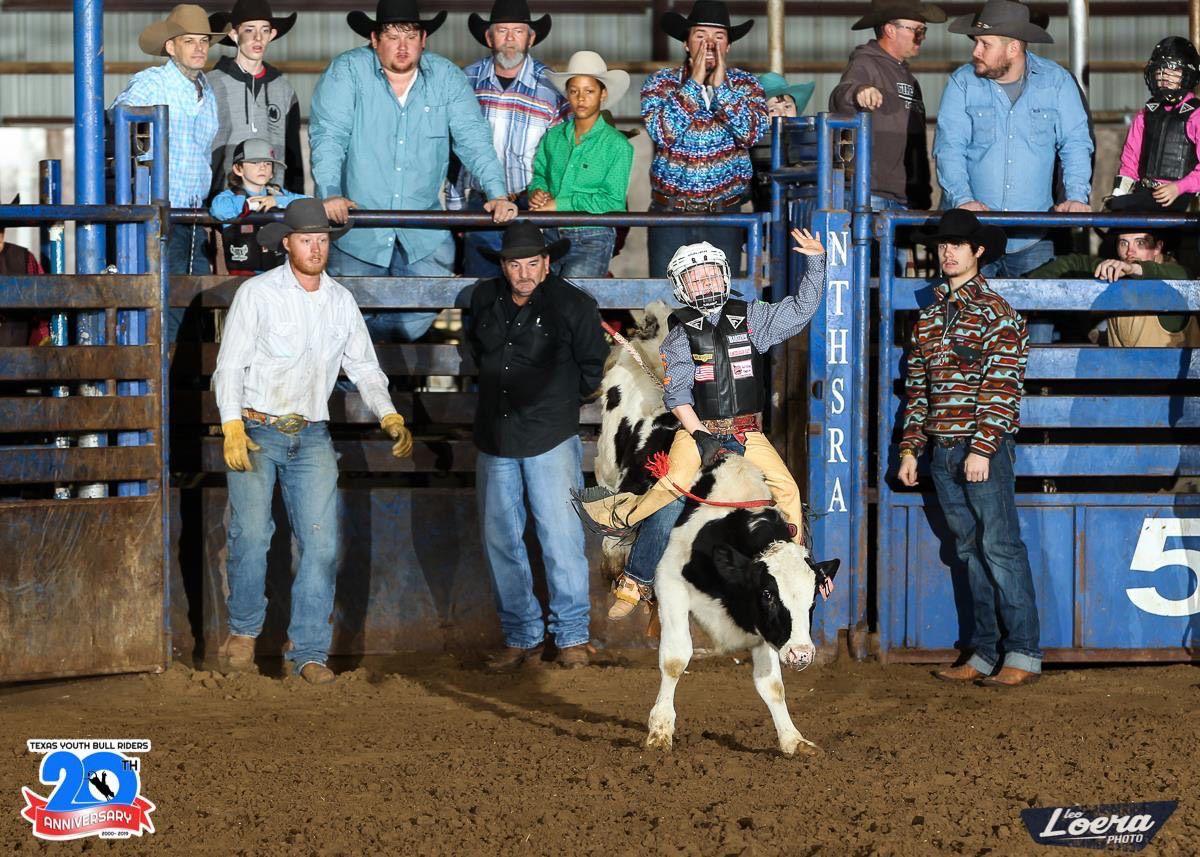 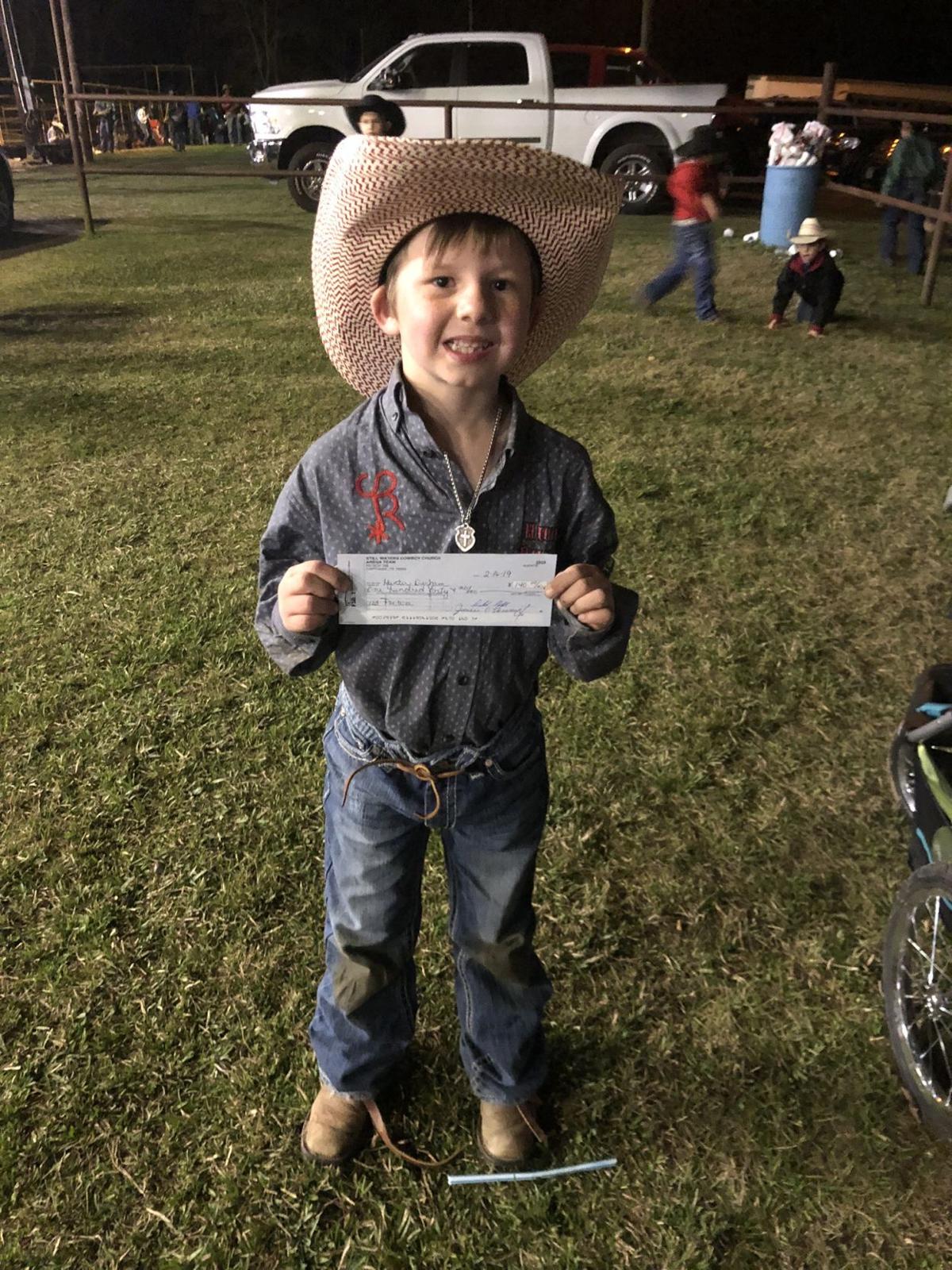 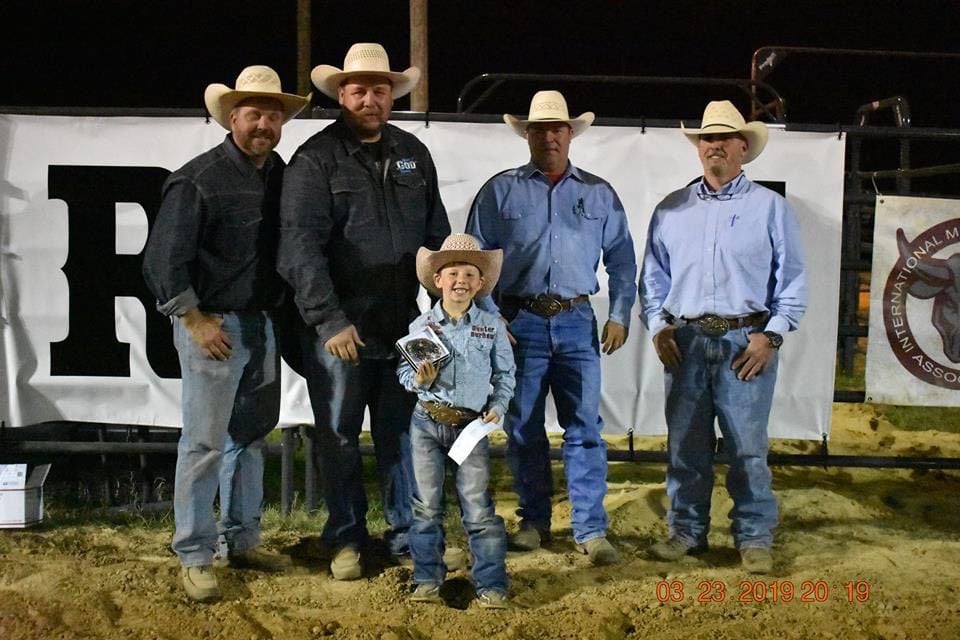 Hunter “the Bull” Durham seems like an ordinary third grader, but he has a natural talent that was only discovered recently. He is currently the first International Miniature Bullriding Association  Built God Tough Peewee mini bull riding champion after only riding in the event for 10 months. Durham is heading to Vegas and hosting a raffle to help raise funds for the expensive endeavor. The prize is a Yeti Tundra 45 cooler.

Durham was about to start team roping with his grandfather Joe Johnson when he was only 6 years old. Johnson was injured and unable to rope, but Durham didn't want to ride with anyone else.

His cousin Brant Cookston, who he looks up to, was a bull rider and the boy took an interest.

His mom was worried about him being so young, but after speaking to family in the industry, they pursued it by becoming involved with The Texas Youth Bull Riding Association.

They decided to start him off riding sheep.

“He hated them because they were so small,” said his mother Talae Scott. “He did it for one year, but wasn't happy,”

When she saw how uninterested he was, she allowed him to upgrade to calf riding which he enjoyed more, but it still wasn't quite what he was looking for.

The breakthrough came when they found out about the Built God Tough, Rough-stock organization, which is part of the Miniature Bull Riding Association. Mini bulls are bulls between 700 and 1400 pounds that have been specially bred to have shorter legs.

“They go by the age of the child, but they are full size bulls just with shorter legs,” Scott said.

In January of 2019 they were having a rodeo featuring the Mini bulls and Durham decided he just had to be part of this.

“Against my better judgement I took him to Jasper, and it started a fire in my son,” she said.

After that first taste there was no stopping him. From January to October he went from never riding a mini bull to being one of the top five cowboys in the TYBRA.

“He is the first ever pee-wee mini Bull Riding Champion,” Scott said “He hopped on and knew he had to have them.”

Durham enjoyed the bulls so much he has become a bull stock contractor to the IMBA, all in one year. The family is now going to be transporting 24 mini bulls and one excited bull rider to the big IMBA World Finals in Las Vegas Dec. 5 though 8. The event will be televised on RIDE TV.

“We are taking bulls to Vegas so we are leaving by the first. It is very expensive to be part of this rodeo, injuries, travel, and all costs associated and all money goes directly to Hunter. He is very excited about it,” Scott said.

Elder Dodge will be hosting a special drawing at 4 p.m on Black Friday for the mini champ on Nov. 29.

The raffle tickets to win the Yeti and contents can be purchased for $5 or 5 for $20.

The Yeti Cooler Tundra 45 has been graciously donated by Hooten's Hardware of Emory. It currently has four items in it, and every 20 tickets sold will get a new item donated to the cooler. Bubbles and Bows dog grooming has donated a $45 gift card, Scentsy bars by Brandi Miller, Malakoff Bean and Burger gift card of $20, and a custom forged knife by Roy Stone are in it so far.

The fire doesn't stop with Durham, he has a passion to help other kids like himself who may not have the financial means accomplish their dreams as well.

He put on a rodeo this past summer to help other kids qualify.

The young rider asked his mother, “How can I be the best at World, if the best isn't there?”

Confused she replied, but the best will be there. He emphatically replied with

“What about the kids who couldn't afford to travel like I was blessed to? I want to have a rodeo series to help qualify other kids...” he said.

So why is this mission so important to the youngster?

This cowboy wants to encourage others to Chase their dreams. It doesn't matter where you are from, what kind of background you have. Dream big, put your mind to it, and chase it.

Local businesses can donate items to the Yeti's contents by contacting Taylae Scott, who also is taking the ticket sales. You can contact her at 903-802-1678.