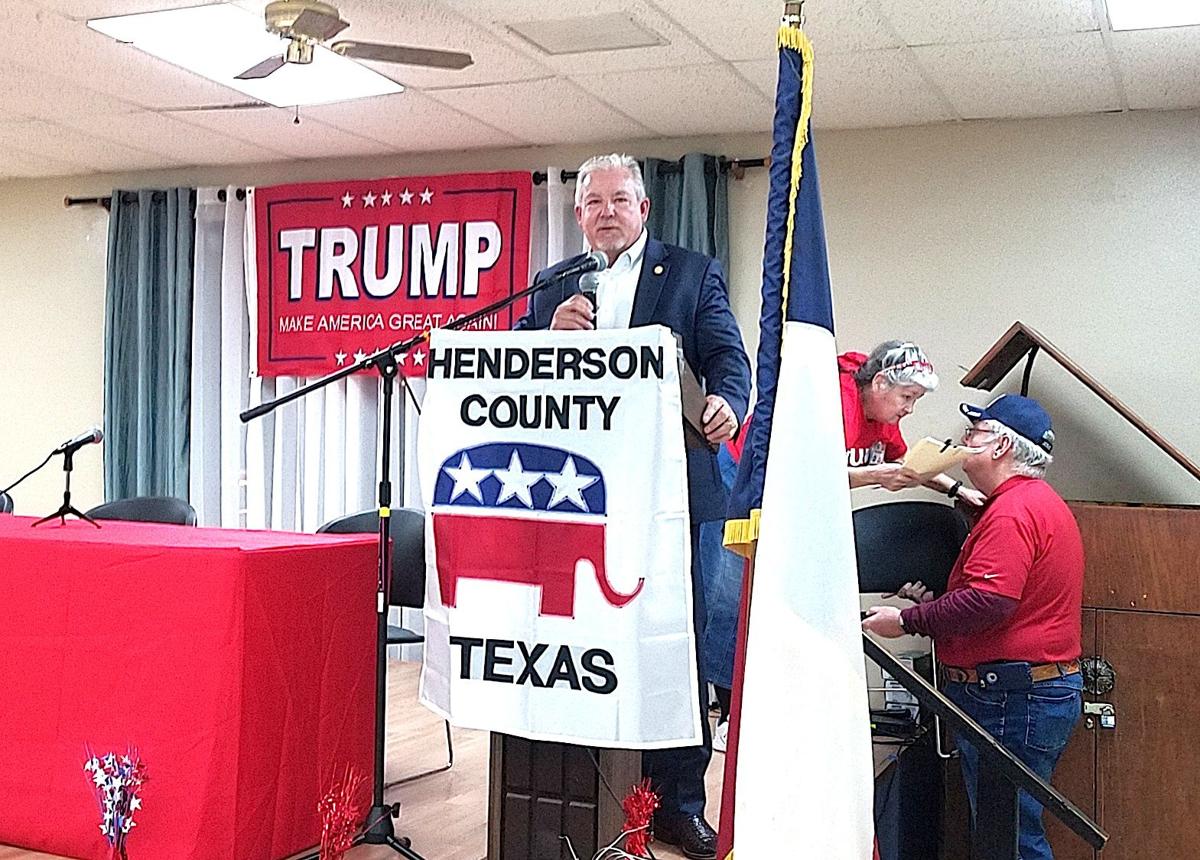 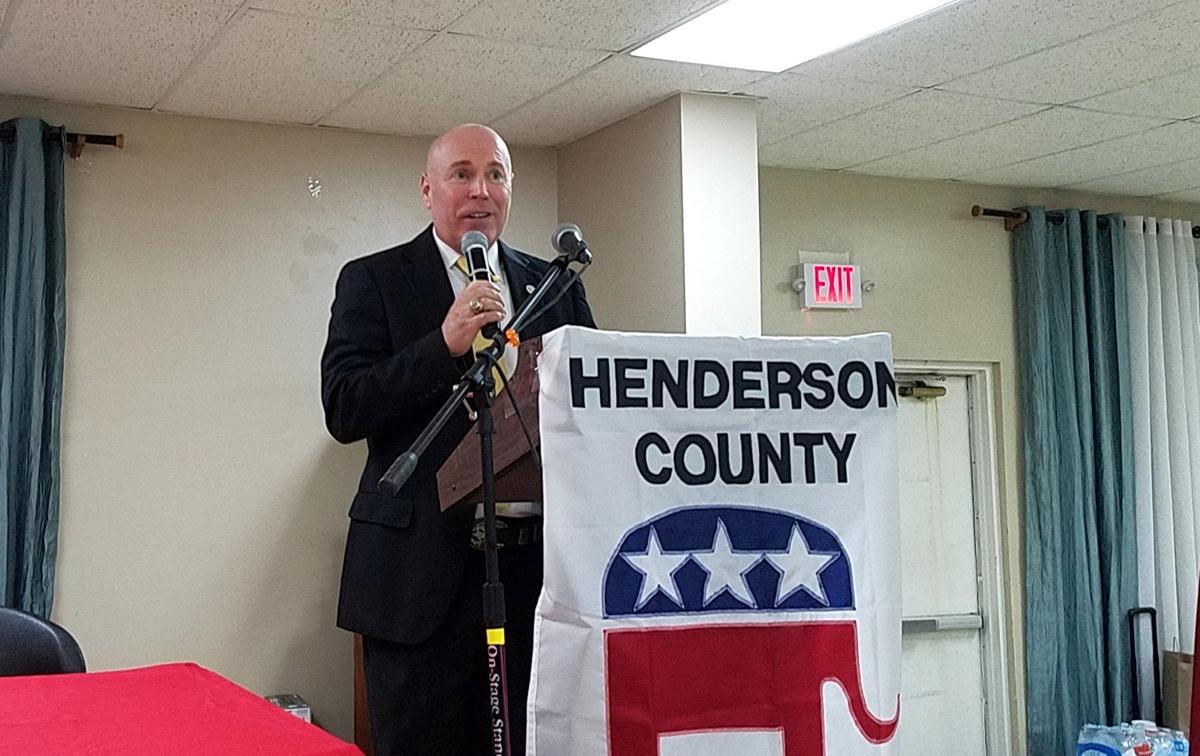 The Henderson County Republicans kicked off the political year with a forum Friday at the Senior Citizens; Center in Athens that filled just about every available seat.

The forum, which featured a brief introduction by each candidate and a question and answer session for  those running in a contested race, was sponsored by the Cedar Creek Republican Club.

The bulk of the Q & A featured the candidates for the two contested county commissioner seats in Precincts 1 and 4.

Precinct 1 candidate Wendy Kinabrew Spivey said she has worked at the precinct headquarters for several years. She said she probably wouldn't change very much in the way the precinct operates, if elected.

"I've been there for a while and everything has been going really well," Spivey said.

She said she'd like to see a bit more cement stabilization in the Precinct 1 roads.

Brad Skiles said he will review the employees and operations and after study make any needed changes.

"I'm a leader and I can show them things that they might not have tried before," Skiles said.

He said he wants the employees to enjoy working at the precinct and be productive.

Keith Pryor who worked for TxDOT for 28 years said the biggest problem with Henderson County roads is too much dirt in the ditches.

"There's no place for the water to run but down the roadway," Pryor said.

In Precinct 4, five candidates are seeking the seat formerly held by Ken Geeslin, who died in December.

Mark Richardson said he has worked in the precinct for 20 years, nine for Geeslin. In answer to the question "What is the most important part of the job as commissioner.? He said, "Maintaining roads and bridges."

"Secondly, the commissioners job is a big job and you have to communicate well," Richardson said.

Jeff Cade has owned a lumber yard for many years and has been involved in other businesses. He said working with other people is a key to performing the duties of commissioner.

"The first responsibility is to have a good crew and be somebody who can take care of the county and spend their budget wisely," Cade said. "The other part is to be engaged and have a good relationship with the county judge and other commissioners."

Mark Wade was in the high tech business for about 35 years and now lives in the Larue area.

"One of the things you have to do is to be very well organized," Wade said. "You have to have a process you try to follow and lean upon the people you have in the county barn to take care of that part of the business while you take care of the other segments of the county."

Jim Bob Warren III is currently the manager of the Henderson County Fair Park. He said the commissioners job has changes over recent decades and his time as manager at Fair Park has prepared him for the job.

Incumbent Precinct 4 Constable John Floyd said besides the basic requirements of his job of serving warrants and civil process, he is active throughout his precinct in many ways.

He is challenged by Josh Rickman, who said he will patrol the precinct looking for suspicious activity and assist the sheriff's office.

Dan Hill, who is challenging U.S. Representative District 5 Lance Gooden introduced himself to the Henderson County crowd. After high school. Hill joined the army before eventually joining the ranks of the legal profession.

"I worked for two major law firm there in Dallas for about eight years and earned the rank of partner at my second law firm," Hill said.

Hill, later started his own firm which has been operation for about 13 years.

Election day for the Republican and Democratic Primaries is March 2.