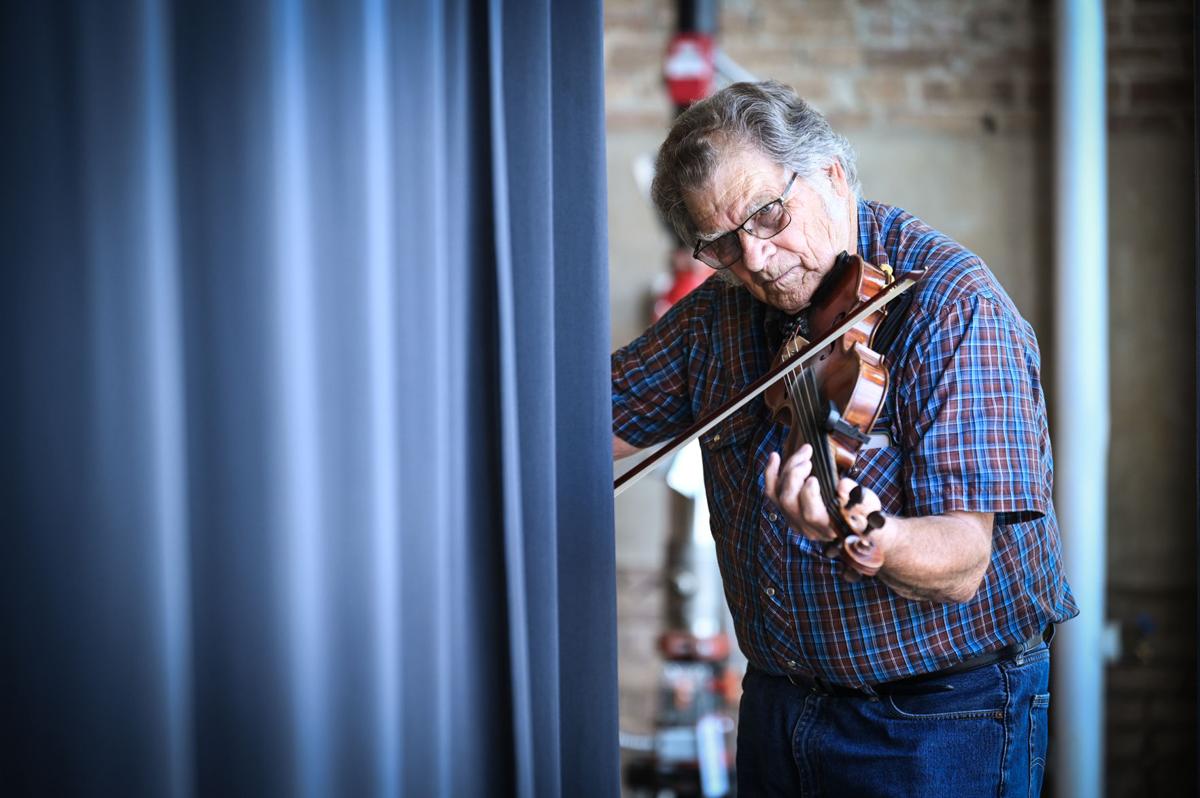 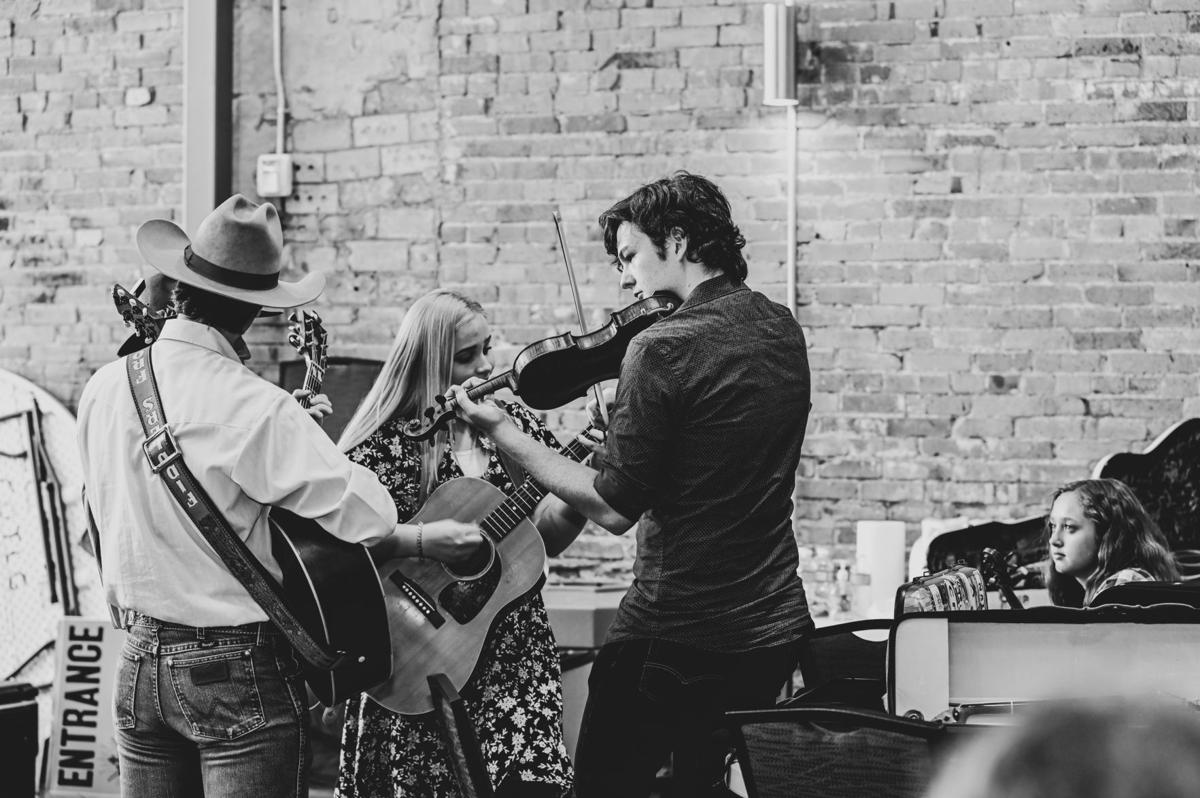 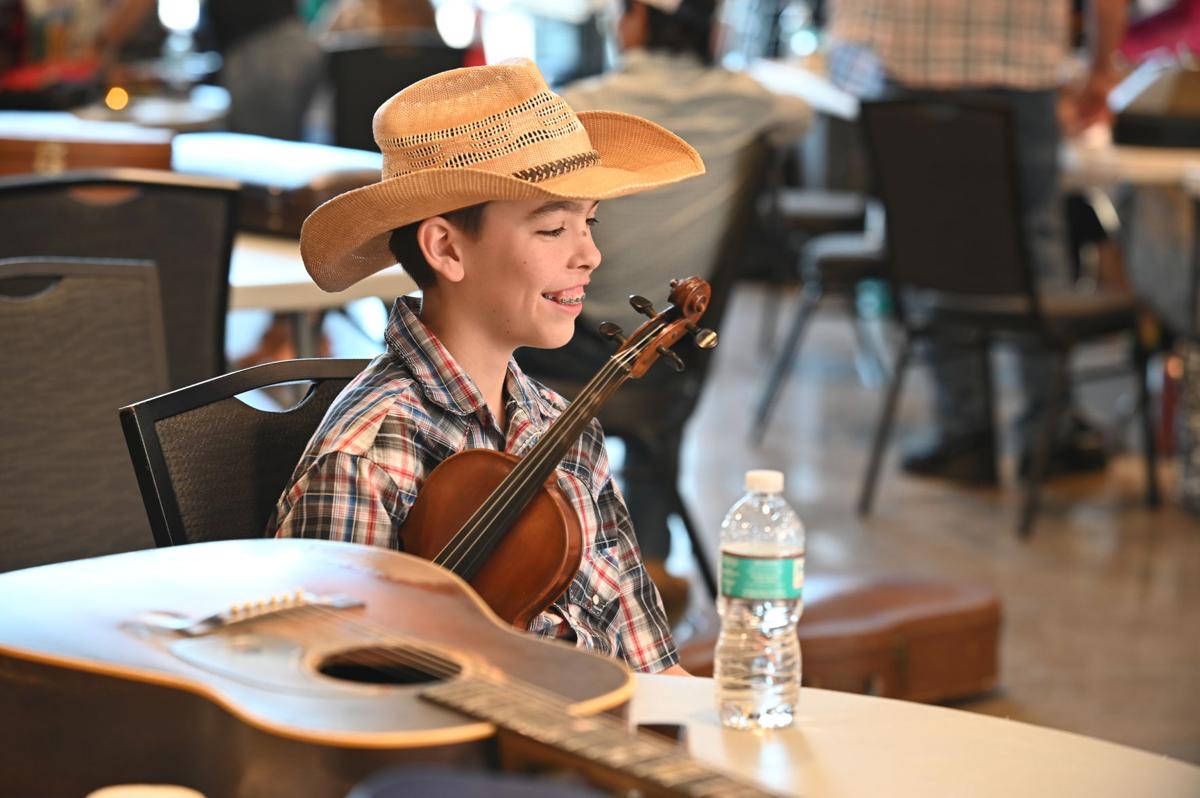 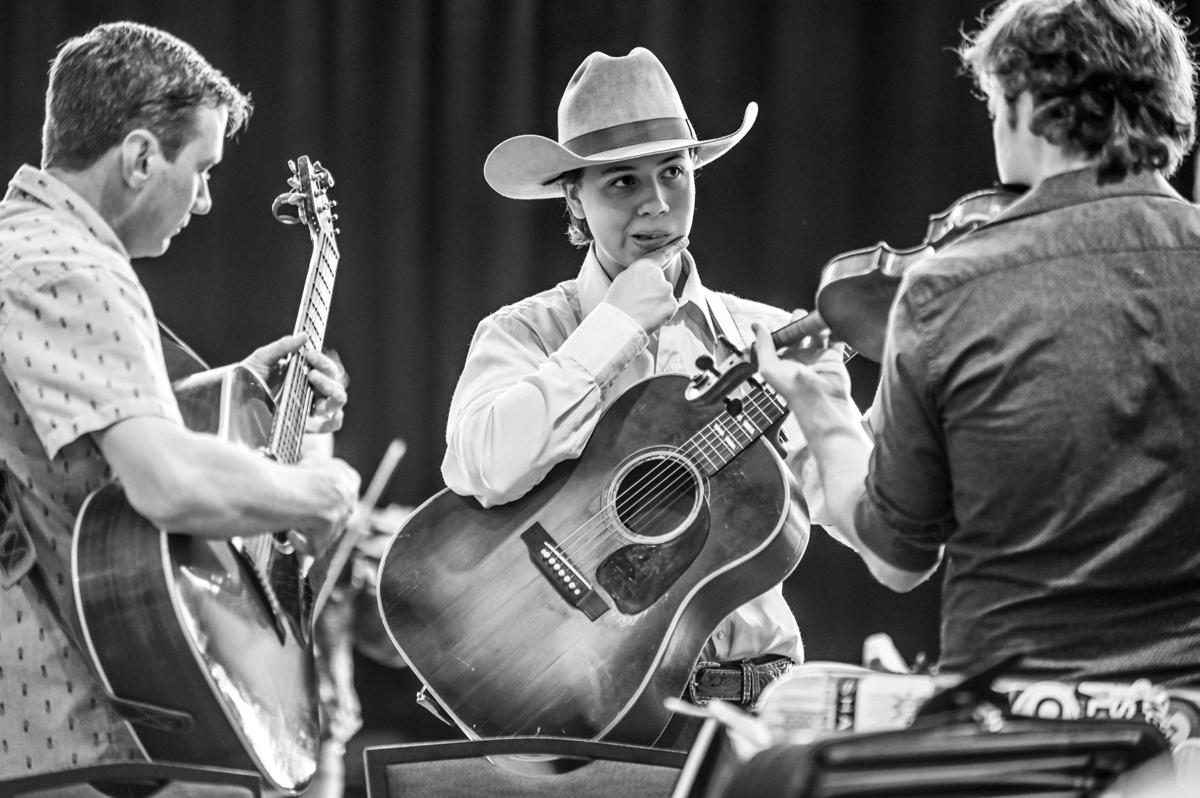 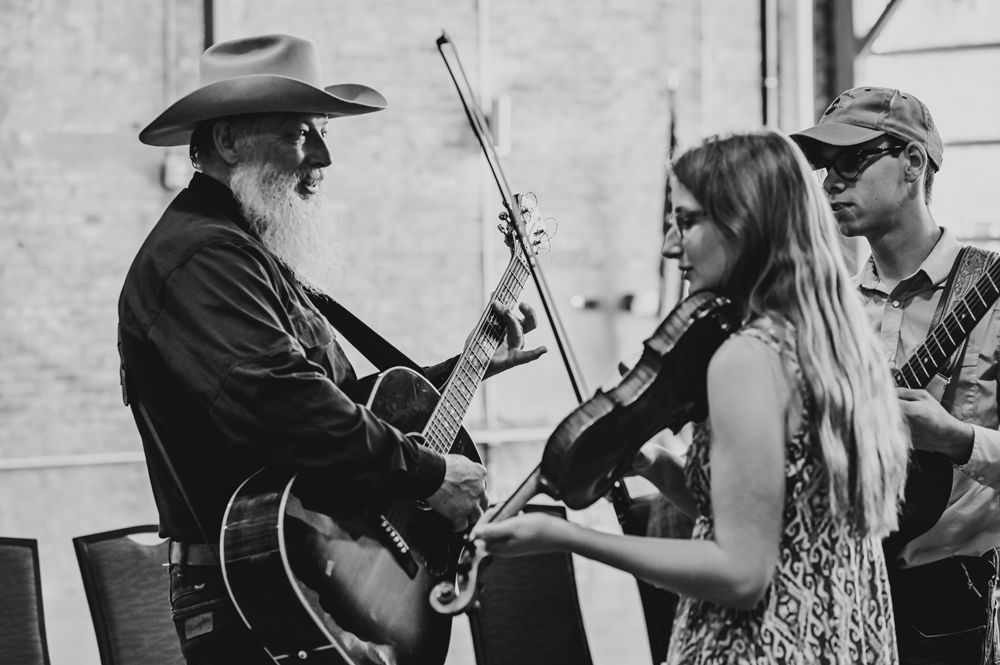 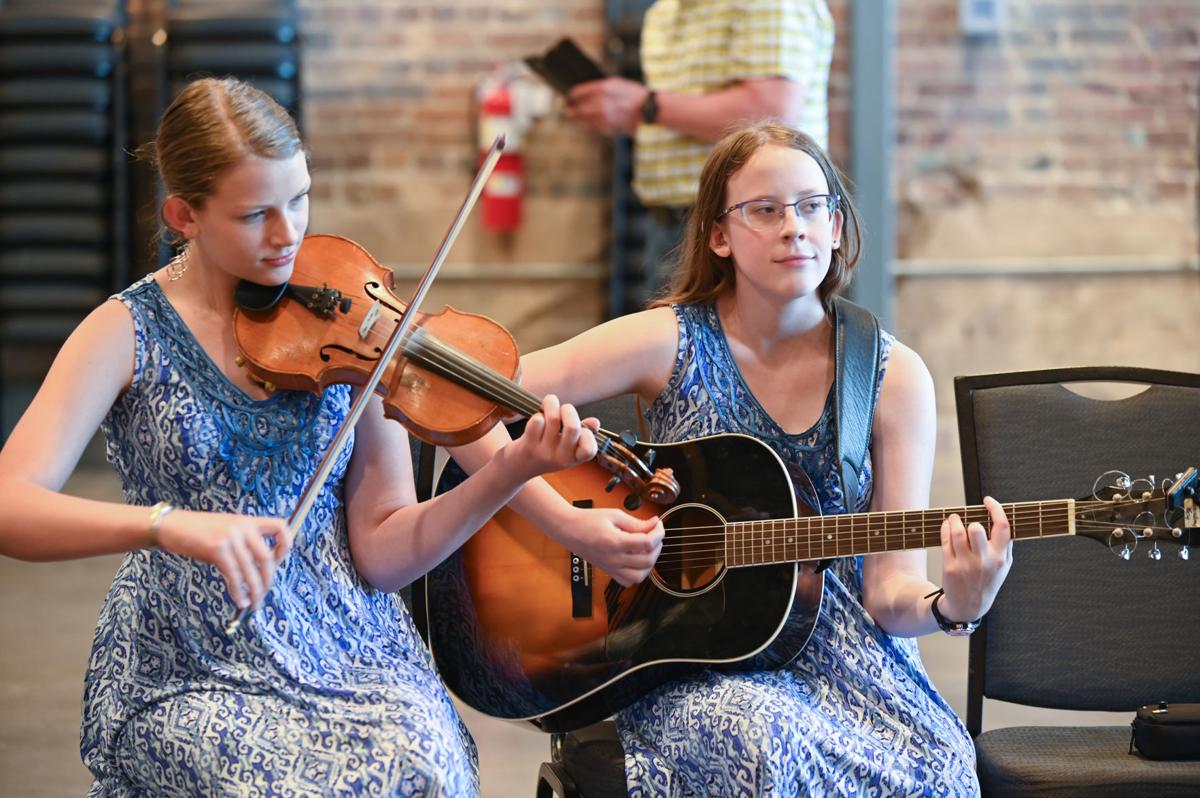 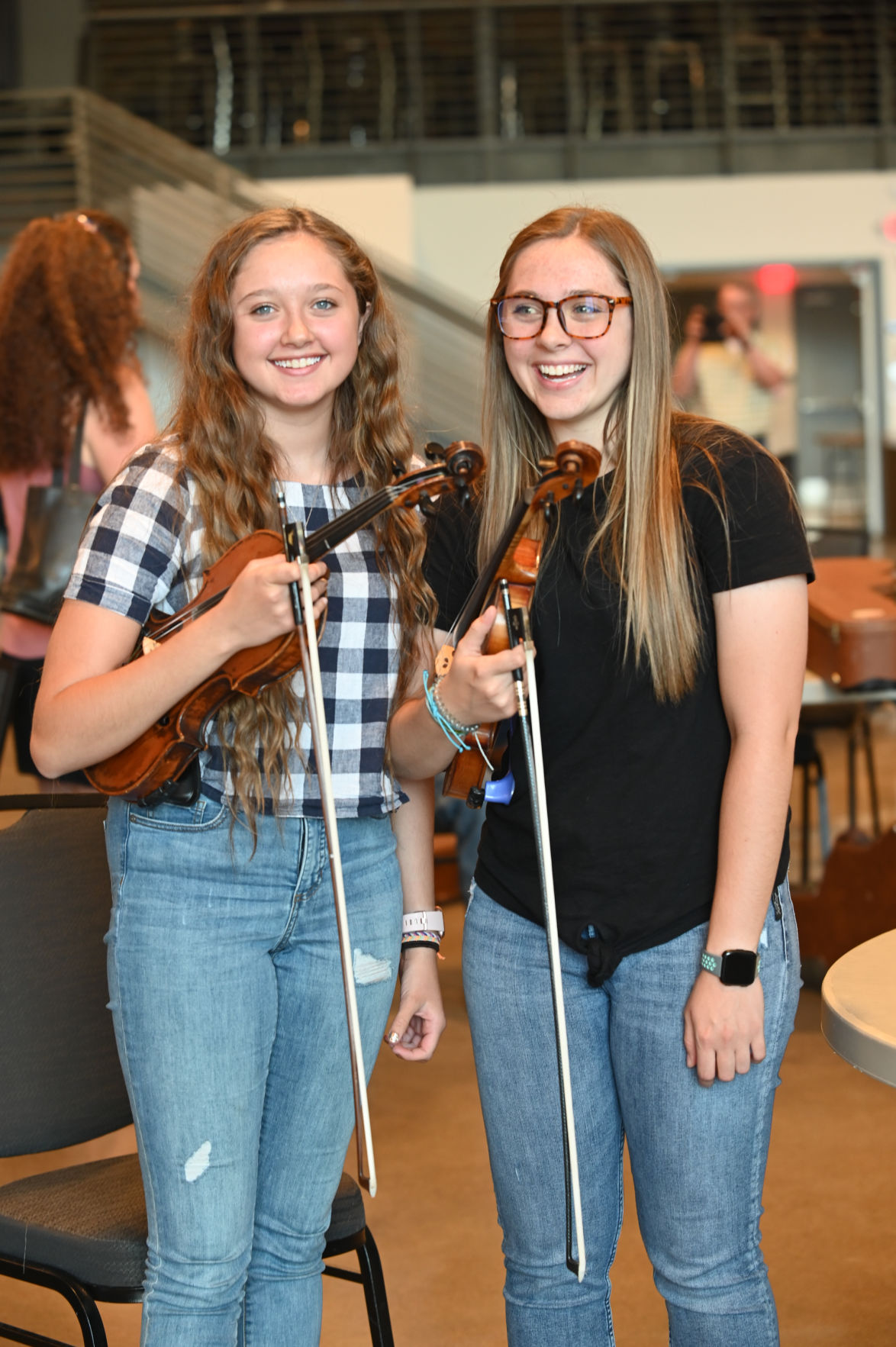 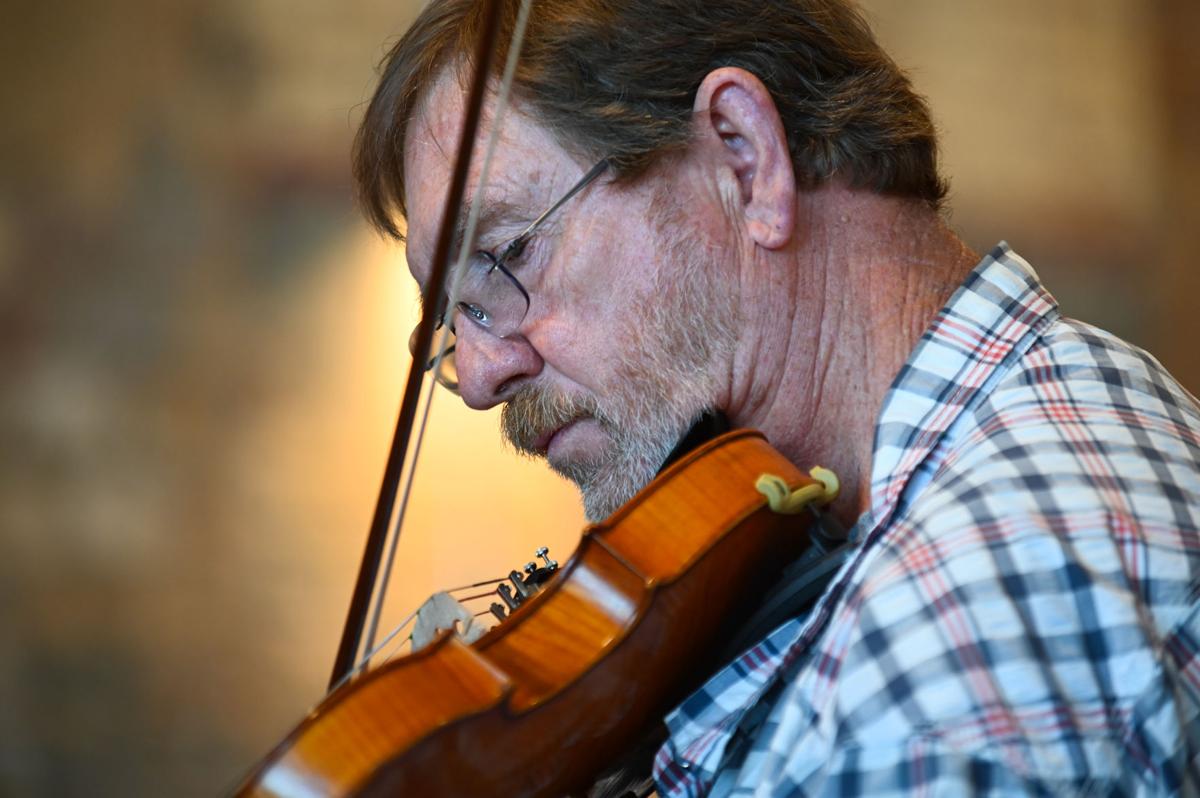 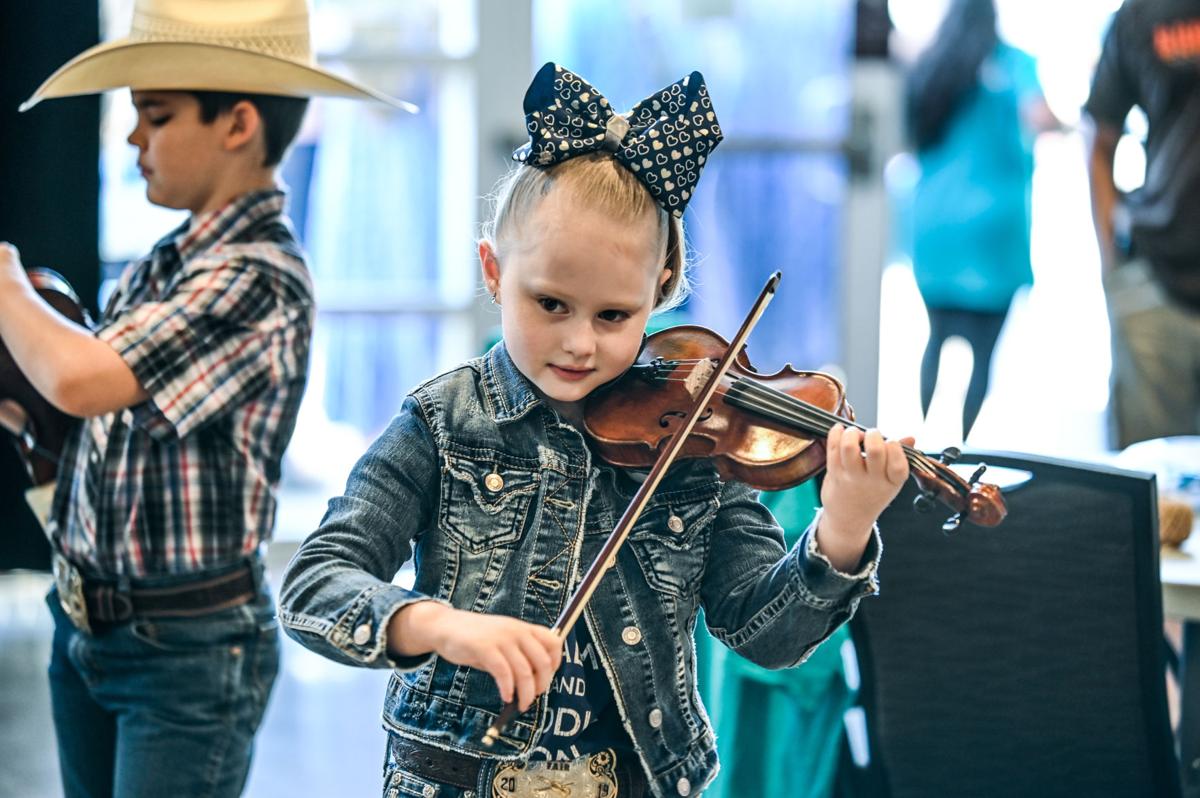 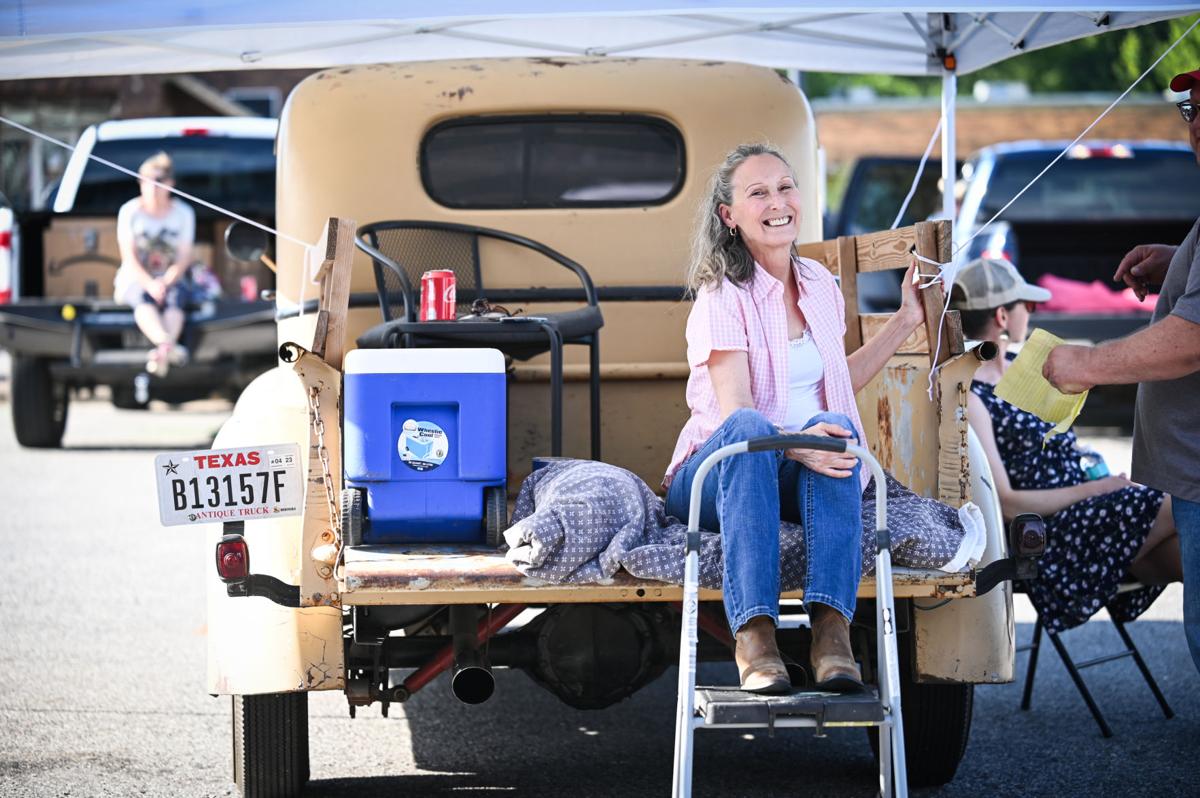 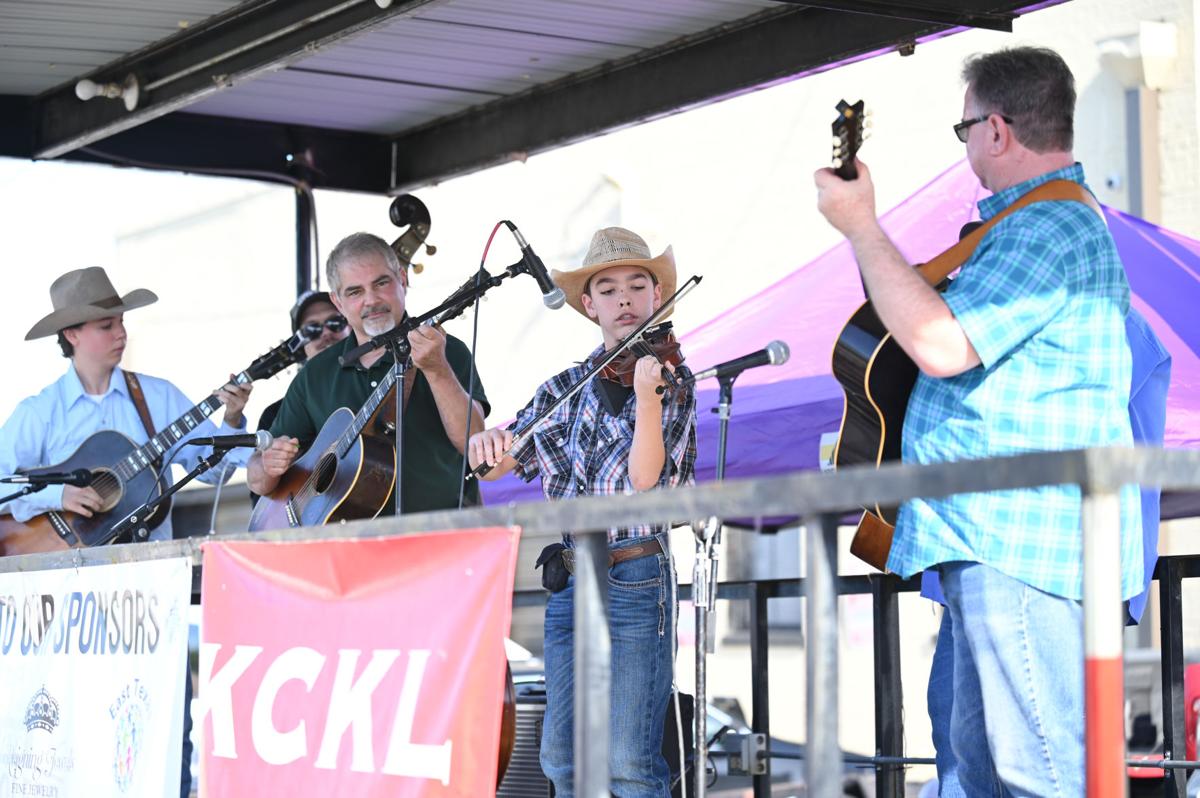 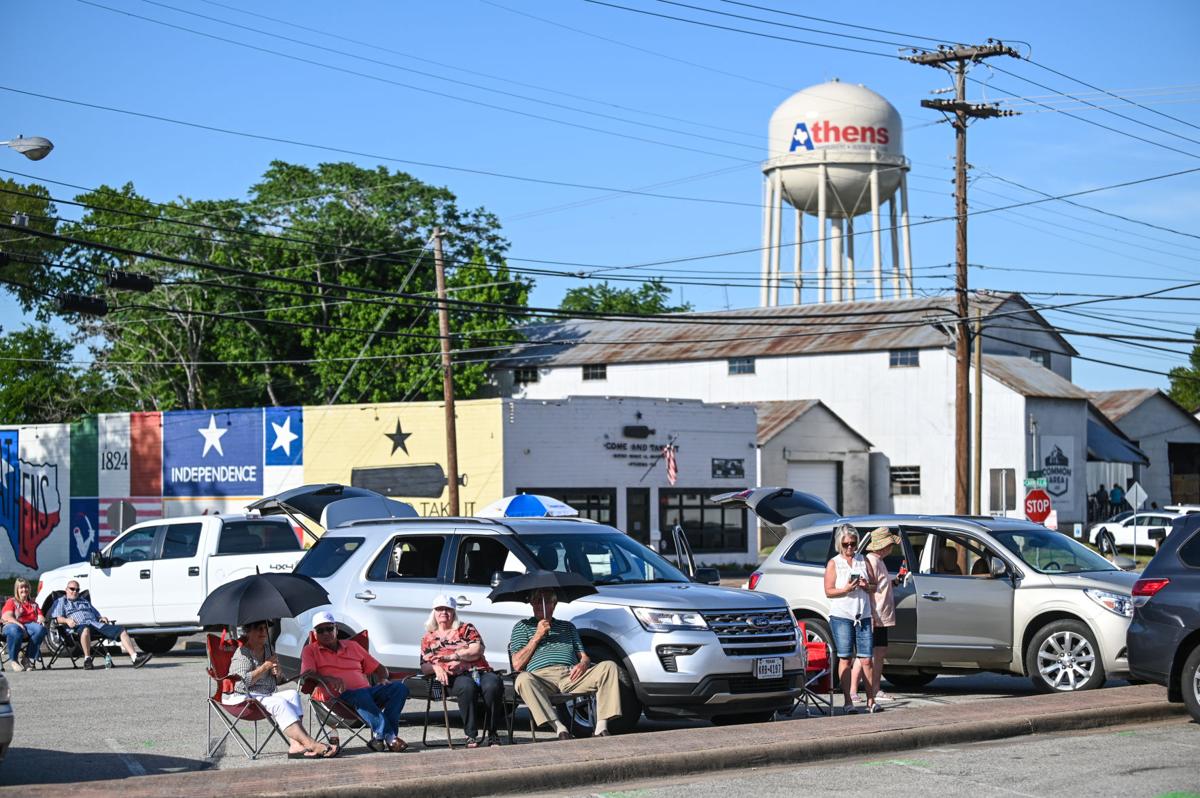 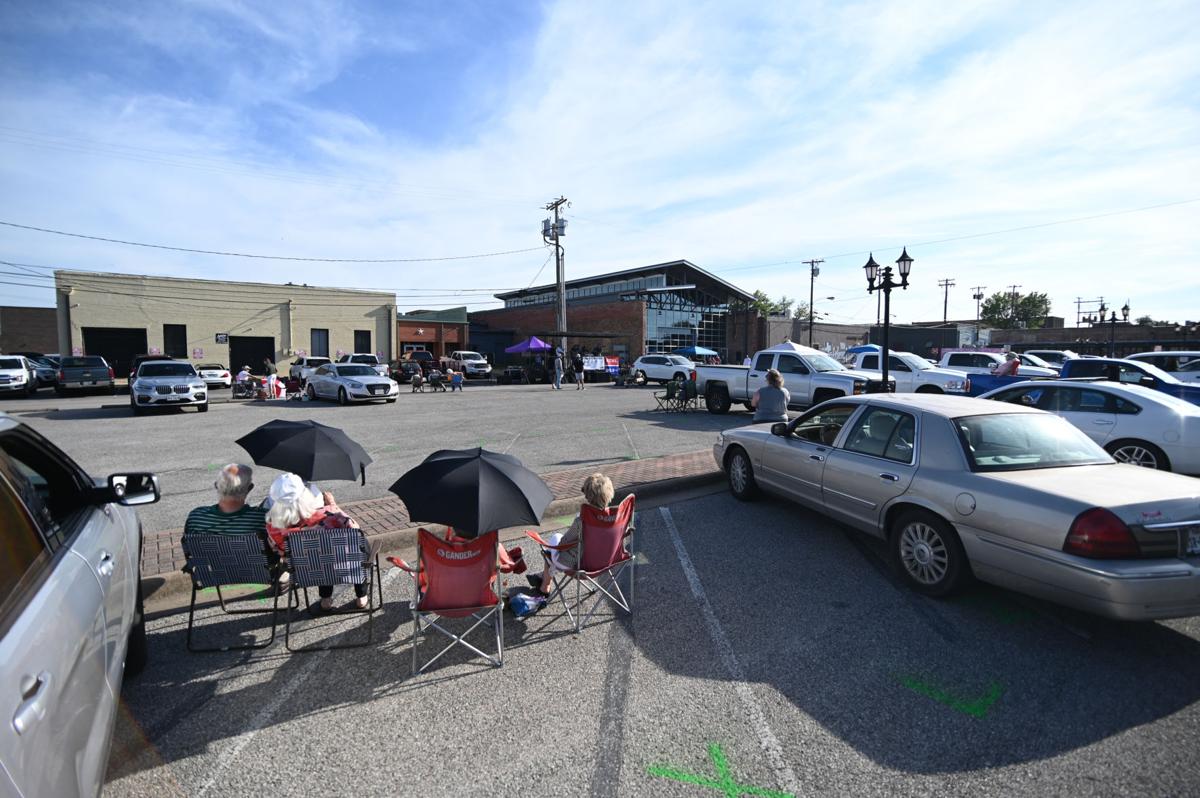 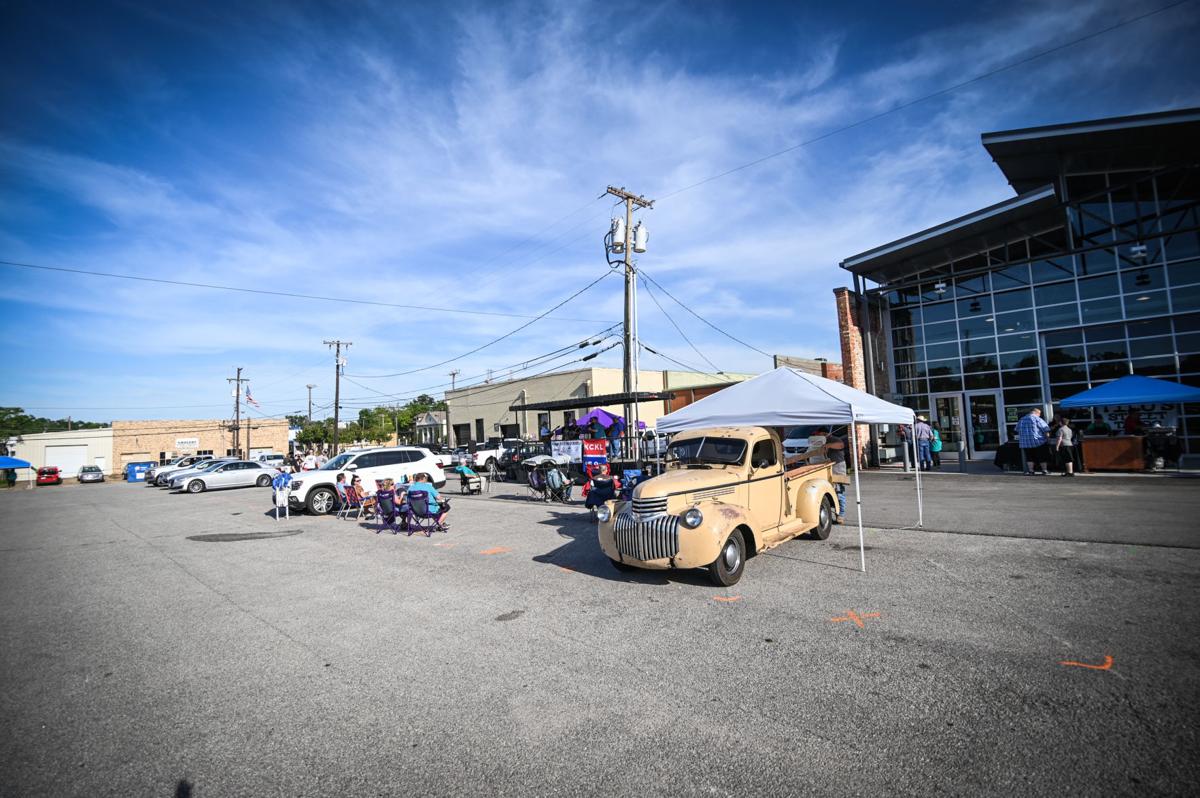 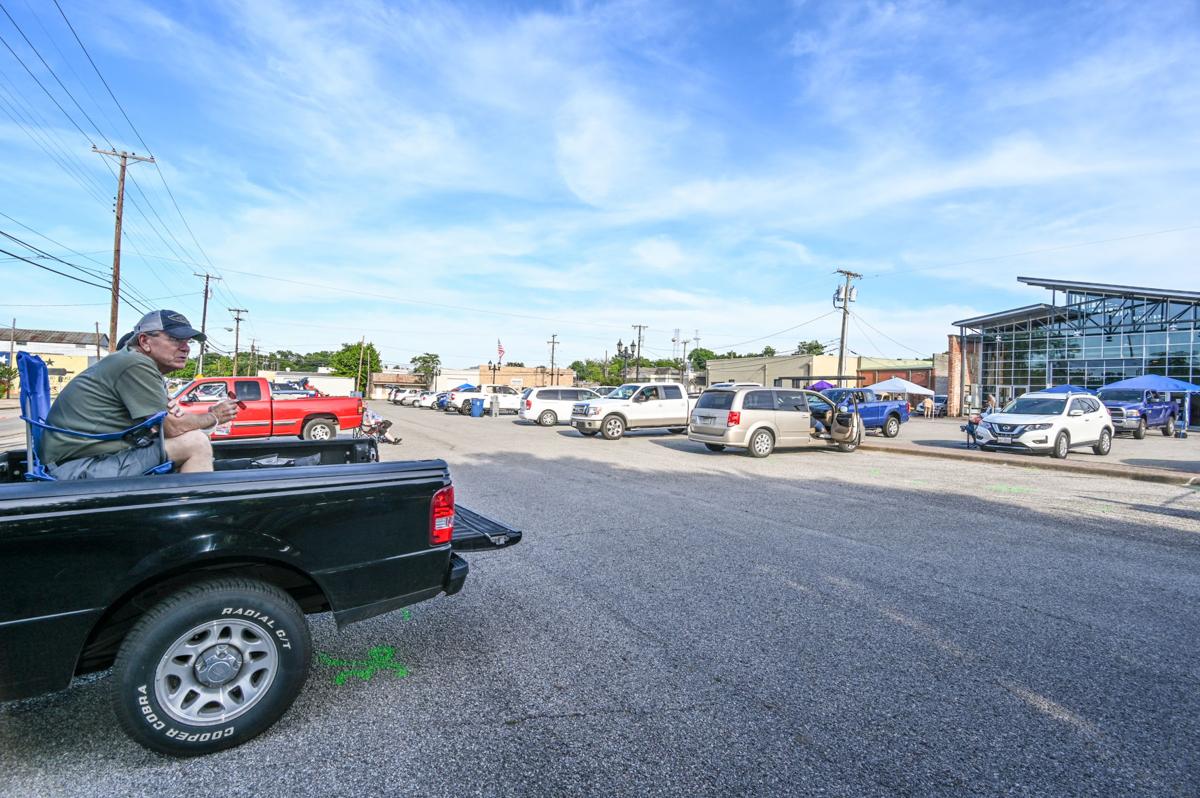 Despite social distancing guidelines, the 89th Old Fiddlers Reunion Concert proved to be an enjoyable event for around 150 attendees Saturday evening at the Texan.

This year, Fiddler's Day consisted of a three-hour drive-in concert where cars were spaced in every other spot to comply with social distancing guidelines.

The youngest participant was McKenna Petersen, 8, who has been playing since she was 3 and-a-half years-old. Her mother Aimee, also a fiddler and Suzuki instructor, enrolled her in lessons with Danette Schuh.

“If not for her we would never have met Sherry and Joey Mckenzie and fallen in love with this whole fiddling thing,” Aimee said.

Schuh participated in a Suzuki/Fiddling contest and her group also preformed.

“We saw Ridge Roberts in the final competition and thought that looked like fun,” Aimee said.

McKenna's first contest was the Old Fiddler's in Athens where she placed fifth, and last year she won first.

“She loves to win, I tell her we go to have fun,” Aimee said.

When asked what she enjoyed about fiddling McKenna's favorite tune is whichever she is learning at the time and she loves the soothing waltzes.

Her dad is the equipment roadie, making it a family affair.  McKenna is a third generation musician.

“It went great!” Blevins said. “The Western Flyers finished it up with a few songs which were really good, then all the fiddlers got on stage and finished off by playing Red Wings.”

Blevins started playing fiddle 16 years ago at 65 years old. He is self taught, plays by ear, and learned mostly from watching others and asking for tips.

“Nobody taught me,” he said.

“When I grew up in Arkansas, all we had was a battery powered radio. If you didn't have a battery, there was no music to listen to, so we played our own.”

Blevins and his family lived in the Ozarks and would get together every Saturday night to have jam sessions. The ladies made cakes, cookies and drinks as refreshments, but all had a great time making music.

“We just made our own entertainment and I enjoyed it, it was nice,” he said. “I had a good childhood.”

In spite of there not being a competition Blevins and Petersen agreed, they were happy that there was an event at all. Blevins said the concert was actually the most fun one he had attended because it was just a reunion of friends and great music. After two months of quarantine McKenna expressed it best,  “It's just so good to see people.”

Sherry and Joey Mkinzey and Cindy Roberts will be taking over the event next year as Grand Matron Mary Ensign takes a small step back.

Rich Flowers contributed to this report.