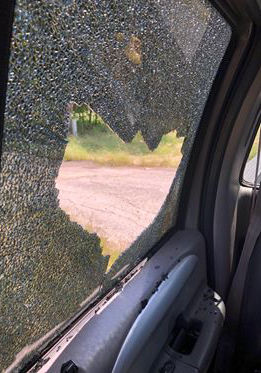 April and Patrick Hooper were returning from the store when they heard a loud bang. The back window was broken by a gunshot, possibly a .22, right next to her children. 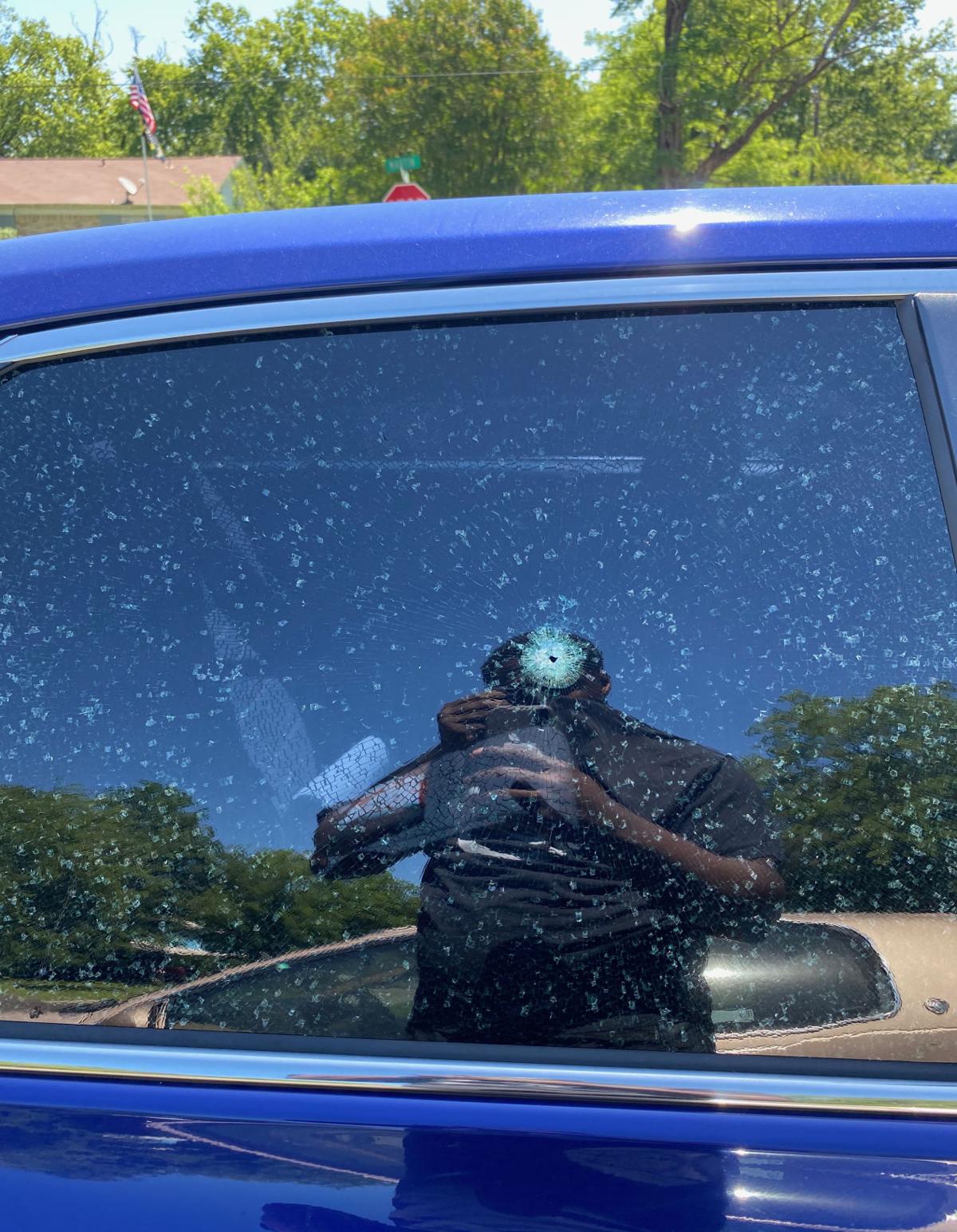 Christie Sparks was driving to church when she was shot at on highway 31 near FM 753.

April and Patrick Hooper were returning from the store when they heard a loud bang. The back window was broken by a gunshot, possibly a .22, right next to her children.

Christie Sparks was driving to church when she was shot at on highway 31 near FM 753.

Around a dozen drivers reported gunshots to their vehicles over the weekend when they drove down Highway 31 through the Crescent Heights area.

“My kids were in that backseat. My daughter was sitting right by that window. I have no words for what you have done,” was the emotionally charged Facebook plea aimed at the unknown individual who shot at April Hooper and her husband Patrick Saturday afternoon.

Hooper and her family were driving home from the store around 3:30 p.m. when they thought they had a blow-out.

“My husband was driving, when I turned around we saw the window with a bullet hole in it,” Hooper said. “My 6-year-old daughter and 5-year-old son were both riding in the backseat of our truck.”

Her husband said he wanted to turn around and see who did it, but she was too upset and scared of it happening again. They contacted the Henderson County Sheriff's Office and gave a report. When she returned home, several others were posting similar experiences.

Christie Sparks was heading to church in preparation for Sunday morning service. As she neared Crescent Heights she also heard a loud bang and thought she had a blow-out.

“I heard this noise and then I started hearing crackling,” Sparks said. “I thought maybe it was a rock, maybe a blowout, then I kept hearing more crackling and there it was. I almost lost control.”

She also called the HCSO and it was later indicated that up to 11 other vehicles may have been targeted in the same location. She was told to pull over and wait for officers to arrive where she encountered another vehicle and two young women who were also victims.

“It was just a horrible experience,” Sparks said.

The weapon is estimated as a .22 caliber or pellet gun. If anyone else has had this happen, or has any information on who did this, please contact the Henderson County Sheriff's Office at 903-675-5128.