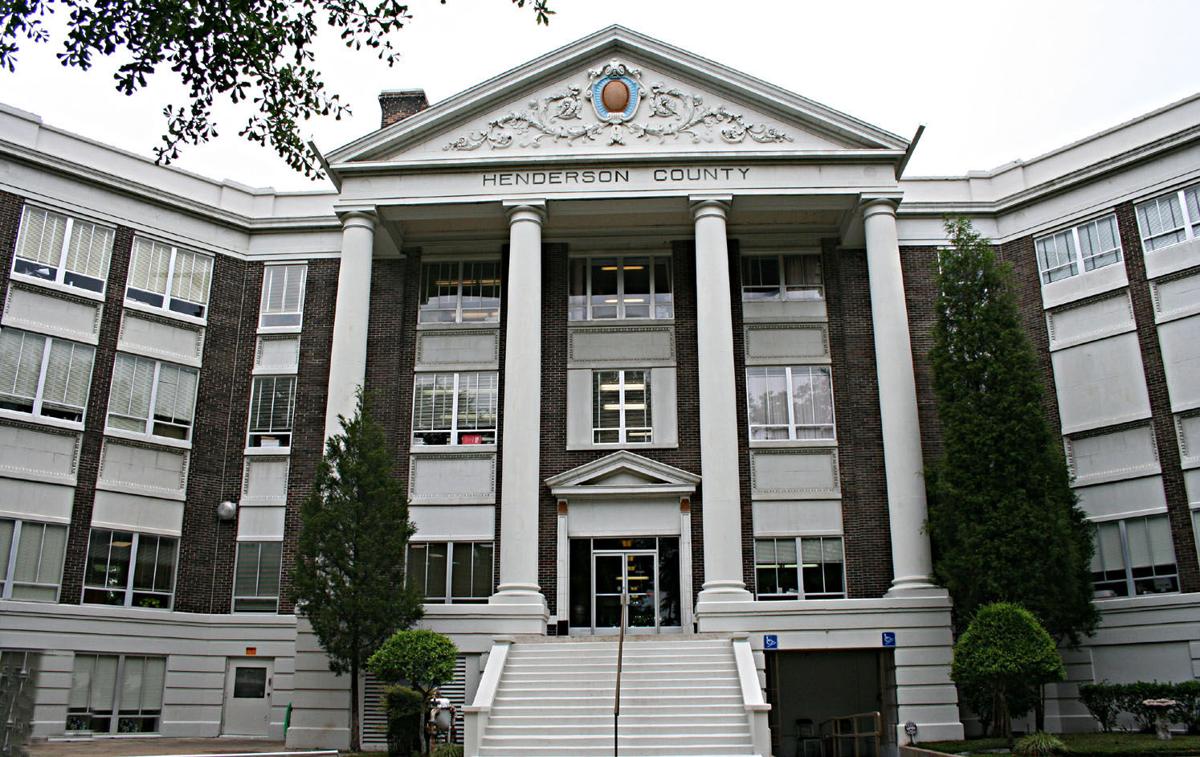 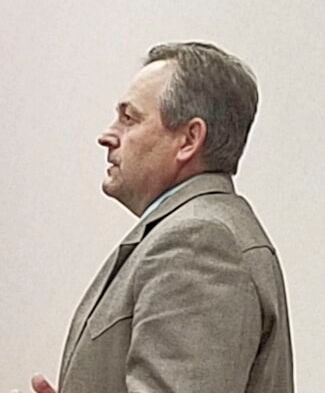 Henderson County Attorney Clint Davis explains the decades old disagreement with Kaufman County over a small portion of the their shared border.

Henderson County Attorney Clint Davis explains the decades old disagreement with Kaufman County over a small portion of the their shared border.

A small piece of the County Line Road boundary between Henderson and Kaufman Counties is in dispute and any changes could affect the residents in the 1,200 square foot notch.

The Henderson County Commissioners Court voted on Tuesday to ask the firm, Flowers and Davis for legal guidance in how to proceed with the matter in response to a resolution passed last week by their Kaufman County counterpart on the subject.

“I would like to say, right out front, that I disagree with the way Kaufman County has gone about this,” Henderson County Attorney Clint Davis said.

The Texas Government Code spells out how such matters are to be handled, Davis said.

Kaufman County Judge Hal Richards notified Henderson County on Dec. 21 that the boundary on the road, northwest of Seven Points is being recognized as a straight-line boundary effective Jan. 1, 2021.

The debate concerns whether the county line runs straight or dips to the south along the road, which appears on some maps as County Road 4044. The current Kaufman County Precinct 4 Commissioner thinks the area should be in Henderson County.

County Judge Wade McKinney said the road itself is not his main concern, but how changing the boundary would impact the residents when it comes to taxing entities, voting precincts and 911 addresses.

Officials from the counties discussed the boundary on Feb. 27, but not since until the recent letter.

“I wish there’d been more communication about this,” Davis said.

“Because of that lack of communication, I have more questions than answers,” Davis said, “I’ve asked those questions of Kaufman County and I’m waiting to get them answered.”

Richards’ letter to Henderson County stated that Kaufman County is requesting any impacted entity make the necessary changes to ensure the official boundary between Kaufman and Henderson county is as reflected in the official records of the General Land Office and the boundary statutes.

Kaufman County is requesting the Central Appraisal Districts of Kaufman and Henderson Counties to make any necessary adjustments and notifications for impacted property owners and residents.

Kaufman County is also requesting that county line signage be adjusted by the Texas Department of Transportation to accurately reflect the General Land Office recognized boundary.

The letter also asserts the elections administrators of the two counties should make any changes regarding precinct boundaries.

"Any changes necessary for 911 addressing and emergency services should be made by the appropriate entity," the letter stated.

Two residents, who live on State Highway 274, spoke at the meeting and said they don’t want the boundary changed.