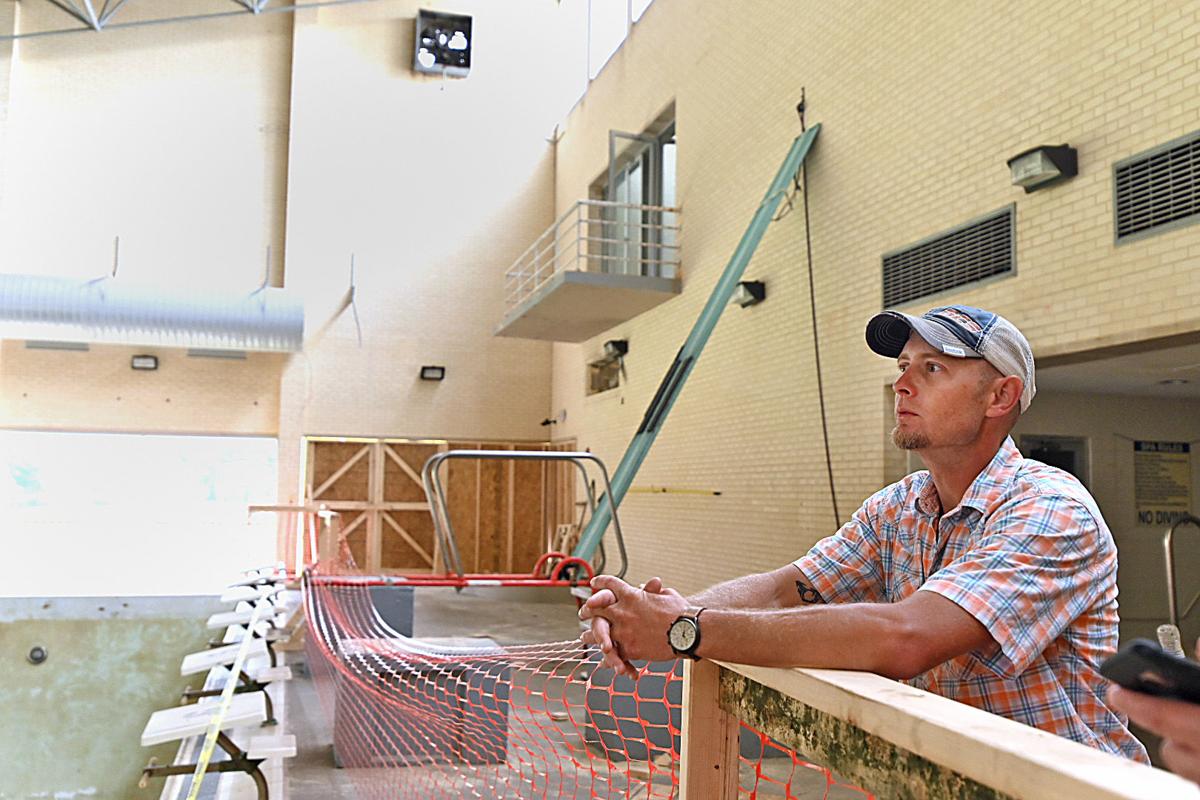 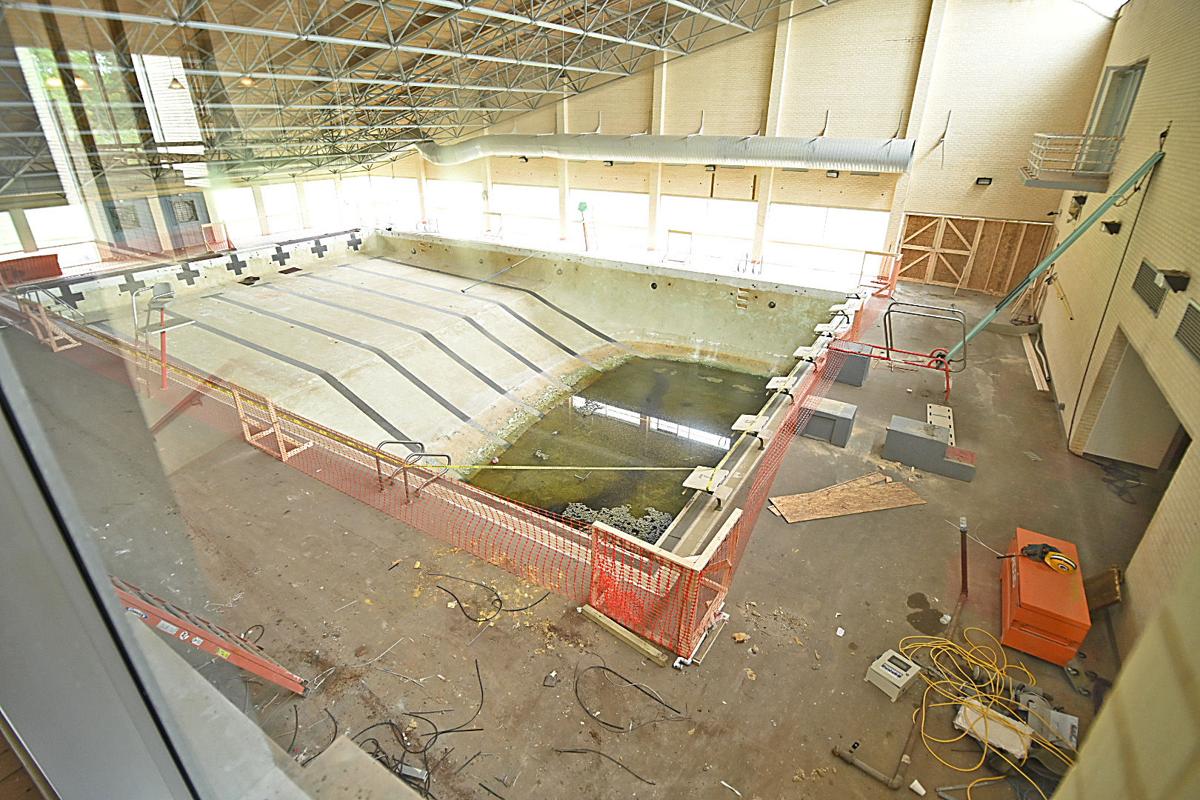 Months of removing and pulling down parts of the old Cain Center structure have begun to get ready for the rebuilding that should start in the fall.

On March 23, the city approved a maximum price of $7,590,016, with Berry and Clay for construction of the City of Athens Civic and Aquatic Center.

Site Superintendent Justin Lewis said as they get into the work they are learning some things that couldn't have been anticipated beforehand. That will lead to some tweaking and adjusting as they go.

"There's going to be some changes along the way," Lewis said. "Things were different in the '80s as far as the engineering, structure and that sort of thing."

Although much has to be altered or repaired, the Cain Center is still a formidable structure. To build such a facility from scratch would cost many more millions than the money the City of Athens has earmarked for the building. The Cain Center also sits on a large property with tennis courts, a pond for fishing and a disc golf course that some folks were enjoying even as Lewis talked about the inside renovation.

The raquet ball area won't change much, Lewis said. The workout room will be in the same area as before the Cain Center closed, but the pool, located on the northeast side of the facility is in for some big changes.

"This wall behind us is going to have a birthday party room and is going to be a really cool little area," Lewis said.

The current deck for the pool is a good, solid surface to work on, for the time being," Lewis said. "Once everything off the floor is done, we're going to come in, remove the entire deck, the pool itself and the piping. You're talking about an extensive part of the project."

The new pool area will be air conditioned which is also a large expense.

"Everything has to go back in in a certain order," Lewis said.

When the setting is ready, Acapulco Pools will come in and do the pool construction.

"The list of things they've done all over America is pretty extensive," Lewis said.

The current pool was designed as a junior Olympic style pool. It was styled for competition, with lanes for swimming.

"The pool that's going back in will still have a few lanes, but this end over here will have a few water sprinklers and a shallow area for the kids," Lewis said.

The kitchen will be in the same area, but the layout of the appliances will be reconfigured from the original.

The multi-purpose room, which was once the scene of basketball games, Farm and Ranch Tour banquets and concerts, is also due some changes.

The demolition could be complete and rebuilding underway the end of September, Lewis said.

"If we could just turn them loose and say "get after it" we could have this they could have this thing knocked out in another month to a month and a half, but due to the process, I'm going to have to hold them back a bit in some areas."

Sandra Kay Baxter Holland 81, of Athens passed away October 9, 2020 in Athens. She was born August 26, 1939 in Kerens, Texas to the late Charles and Pauline Martin Baxter. Sandra was raised in Kerens and graduated from Athens High School in 1957. She lived in Topeka, Kansas for 25 years befo…