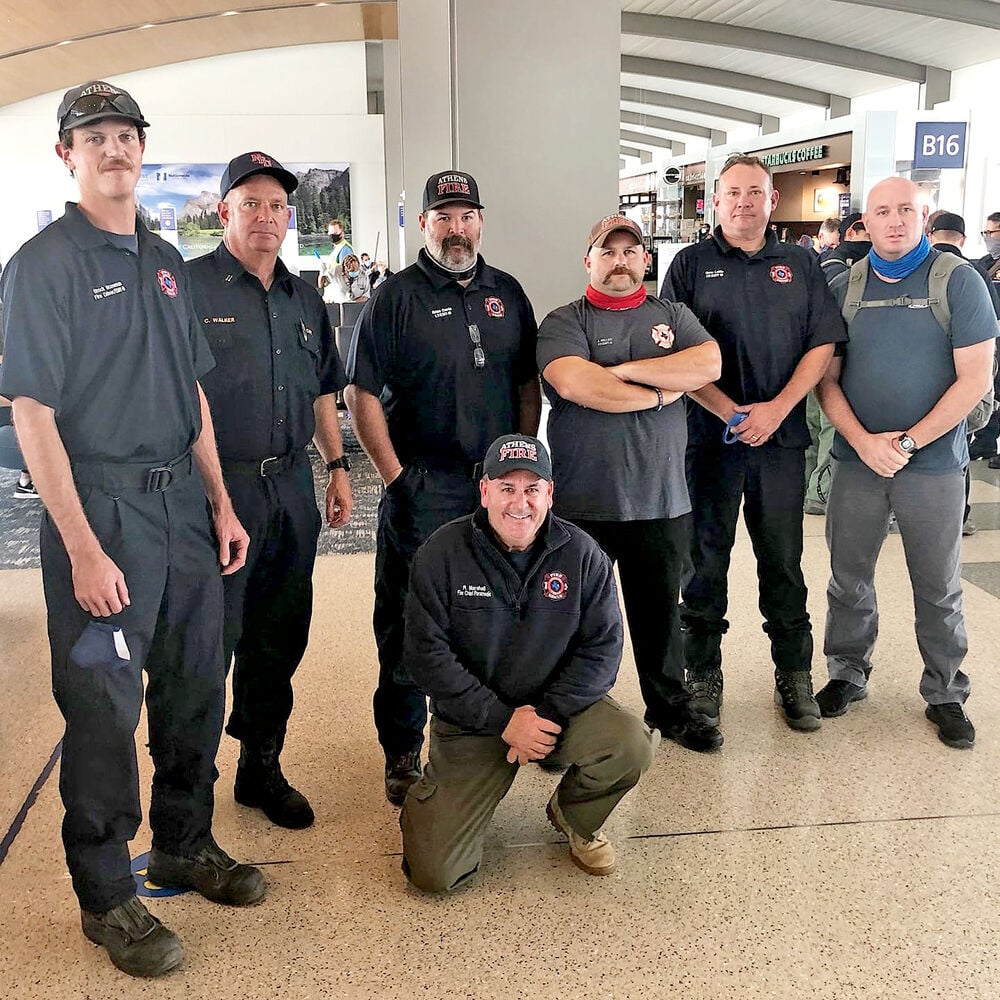 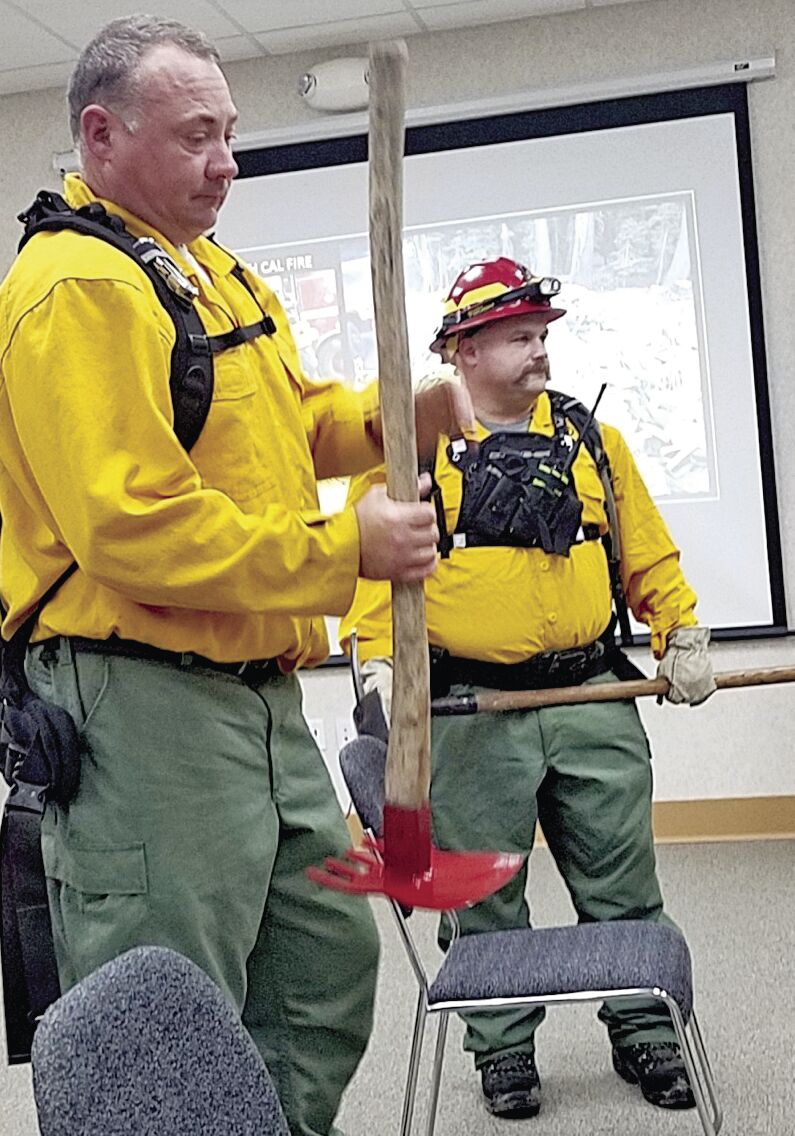 Athens Fire Department members who battled the flames that scorched California and the Pacific Coast states remember it as exhausting, sometimes dangerous work, but an experience they won’t forget.

Fire Chief Russell Marshall said the flames which began in early September, as of Monday, were about 80% contained. They had consumed about 380,000 acres in the two counties where the Athens firefighters were deployed.

“That’s an area about a third of the state of Rhode Island,” Marshall said.

Hillsides filled with scorched homes dotted the area. More than 850 structures were destroyed.

But due to the work of an army of fire personnel, with tools and apparatus, even more devastation was averted.

With 27 major wildfires to battle, California fire officials were seeing their resources to fight the blazes depleted. They reached out to Texas, which has been relatively free of major wildfires, this year, Marshall said.

The mountainous terrain in that scenic area of California is different from East Texas, and trees can be 200 feet tall.

“The ground is covered with duff which is very flammable,” Davis said.

Much of the work they did was clearing brush, spraying fire retardant into trees, safety burns and other methods of slowing or deterring the fast moving fires.

“The smoke and the wind were so heavy, aircraft couldn’t fly low there,” Davis said.

When one of the giant trees went up in flames, it sounded like a freight train going by.

“So you can imagine what it sounded like with 23 going up at once,” Davis said.

Sack lunches contained about four pounds of foot to keep the firefighters’ energy up. For supper, they had a hot meal, Davis said.

“Some of the things that struck me was some of the methods they used to protect structures,” Munn said.

Some historic structures were wrapped in a material similar to what you would find around air conditioning ducts. Munn said they kind-of looked like baked potatoes.

“Some of those hikes were about a half-mile total,” Munn said. “One time we walked about seven miles.

Firefighters Gene Lattis and Justin Miller demonstrated a couple of the tools they used during the California duty. Lattis they dug down to the duff, which is the unburned material on top of the ground, to make a fire line.

“You could pick up a shovel full of duff, turn it over and it would ignite and burn completely before it touched the ground,” Lattis said.

Miller said despite the hard work it was a memorable experience.

“I enjoyed it,” Miller said.

Lattis said he enjoyed helping brothers and sisters in another location.

“I didn’t sign up for this job to make a paycheck,” Lattis said. “I signed up because I love people and want to help them.”