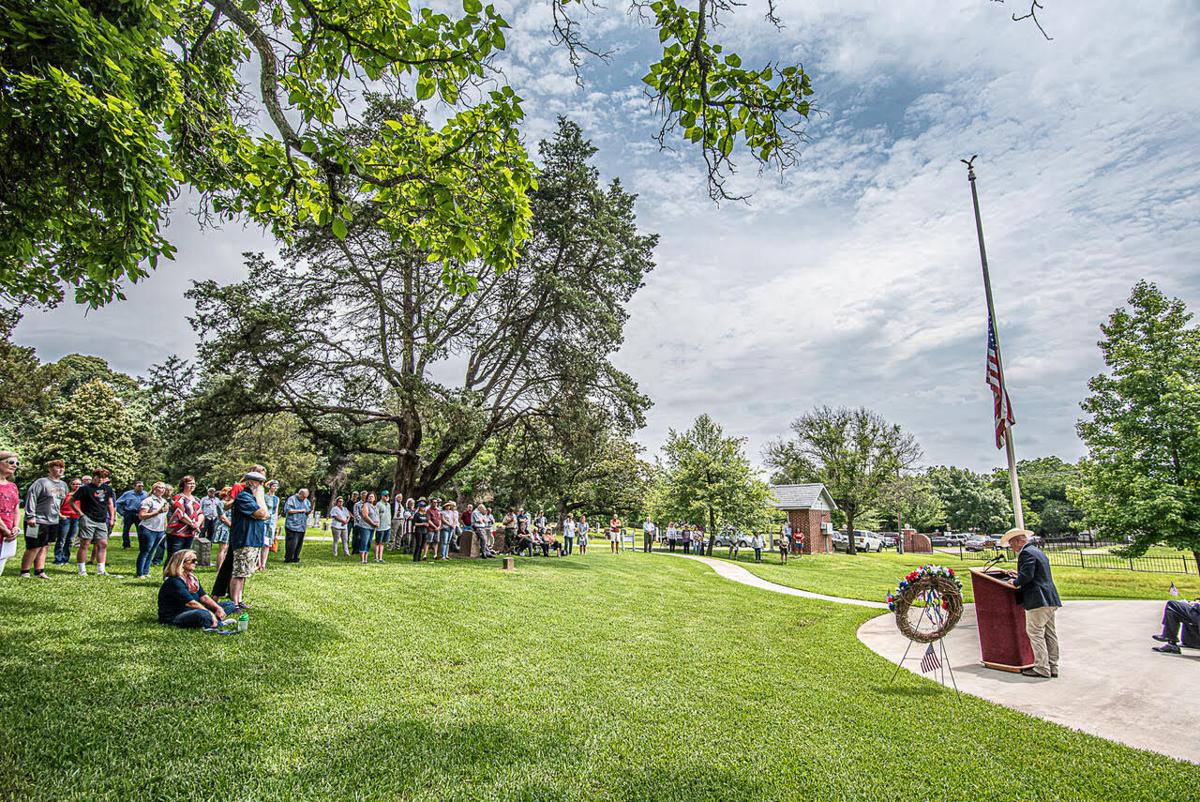 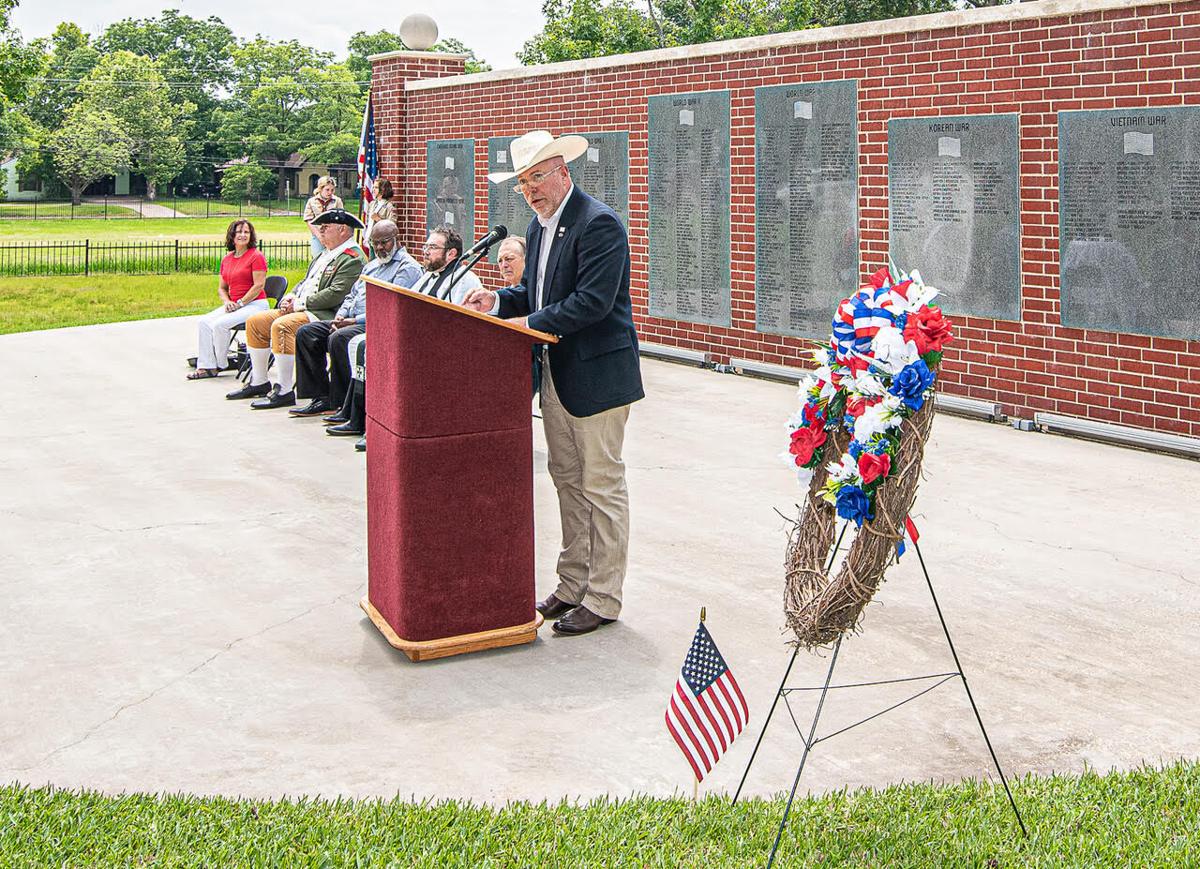 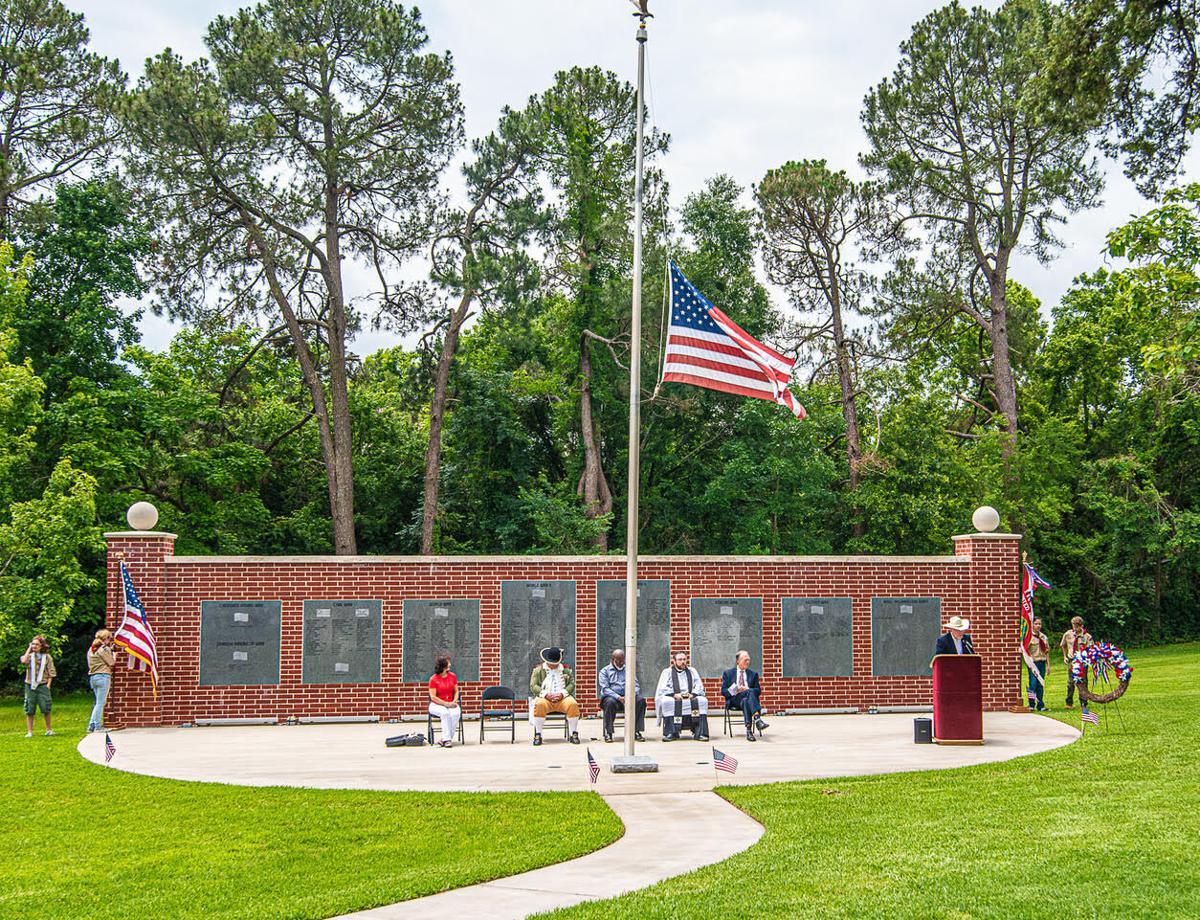 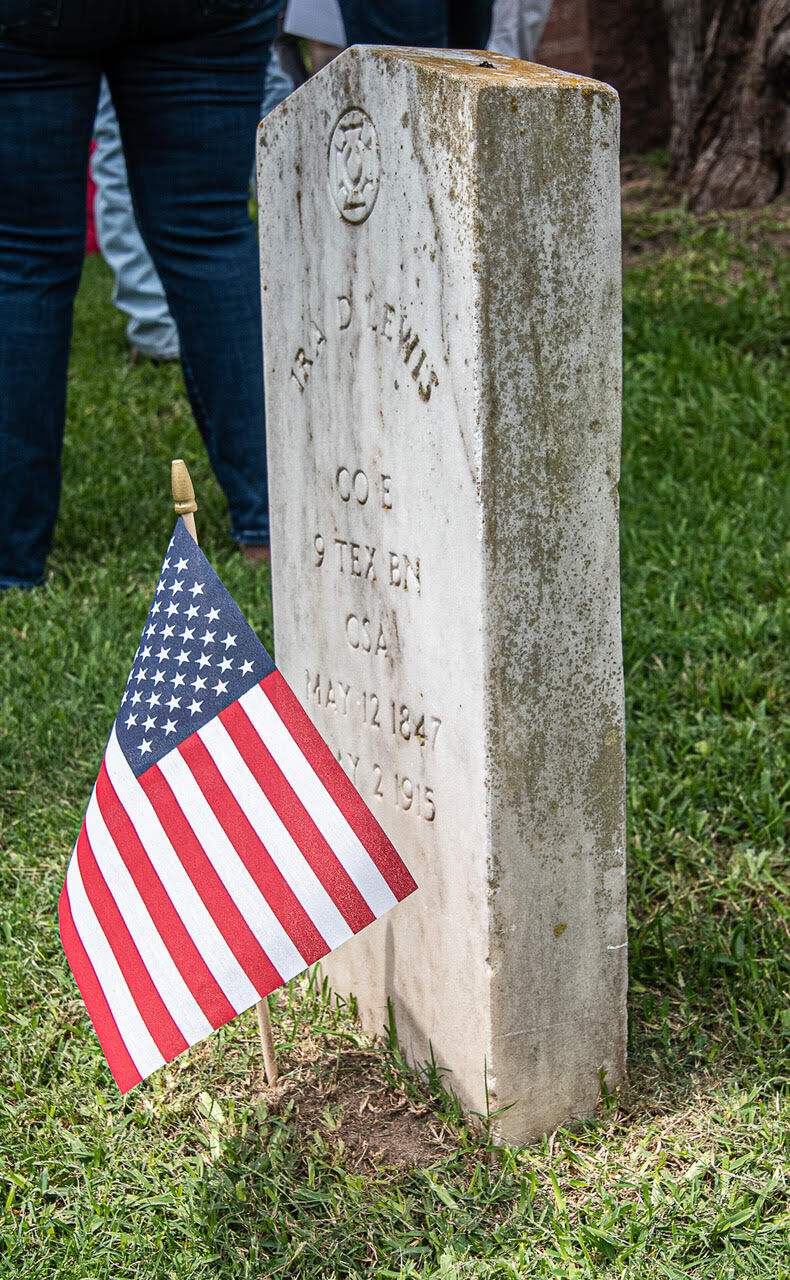 They fell on foreign shores in Asia, Europe, North Africa and the South Pacific. Some on hillsides in the southern U.S.A. or Gettysburg.

On Monday, many came to Athens Cemetery to honor those who died while serving their country.

The keynote speaker was 392nd District Court Judge Scott McKee, a retired Army officer, who reminded those in attendance that wars since the founding of the nation have claimed the lives of 1.3 million of our military men and women.

Most Americans probably don't know what Memorial Day is all about, McKee said.

"You all know, because you're here," McKee said.

Most may not have known, personally, someone who died in active service, McKee said, but the day is all the more meaningful to him, because he did.

A U.S Army Major, McKee served with is never far from his mind. He was killed by an explosive device while riding in an armored vehicle in Iraq.

"We still had to continue or mission," McKee said.

The millions of soldiers, sailors and Marines who have served in foreign wars went about their daily routines knowing that know detail or activity was safe in a war zone.

The first Memorial Day observance was in 1968 McKee said. The Civil War had been fought on American soil and there were thousands of graves throughout the states that comprised the nation at that time. A special day, May 30 was set aside to put flowers on the graves of the fallen.

Also speaking at the event was Retied United States Marine Corps Master Sergeant Bill Sekel, a district representative of the Sons of the American Revolution. Sekel said each American holiday has something that sets it apart from the others. For Memorial Day, that's "sacrifice."

Sacrifice meant not only putting their lives on the line for the service personnel who represented our country during wartime. It also meant being away from home, missing children growing up and special times with their families.

The event was sponsored by The Athens Cemetery Association, represented by Steve Gran,t who welcomed those who had come to honor our fallen soldiers. Boy Scouts of America Troop 343 of Athens presented the colors and Dorothy Grymonprez plaid taps on the trumpet. Chris Baker sang the Star Spangled Banner.

Father Matthew Frick brought the invocation and a prayer for the nation from George Washington.

The observance was conducted at the Athens Cemetery Veterans Memorial, where the names of all veterans buried on the grounds are chiseled into granite plates, surrounded by red brick.