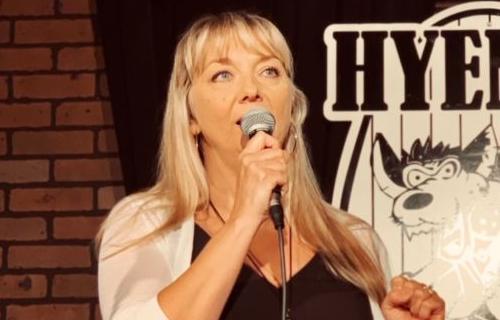 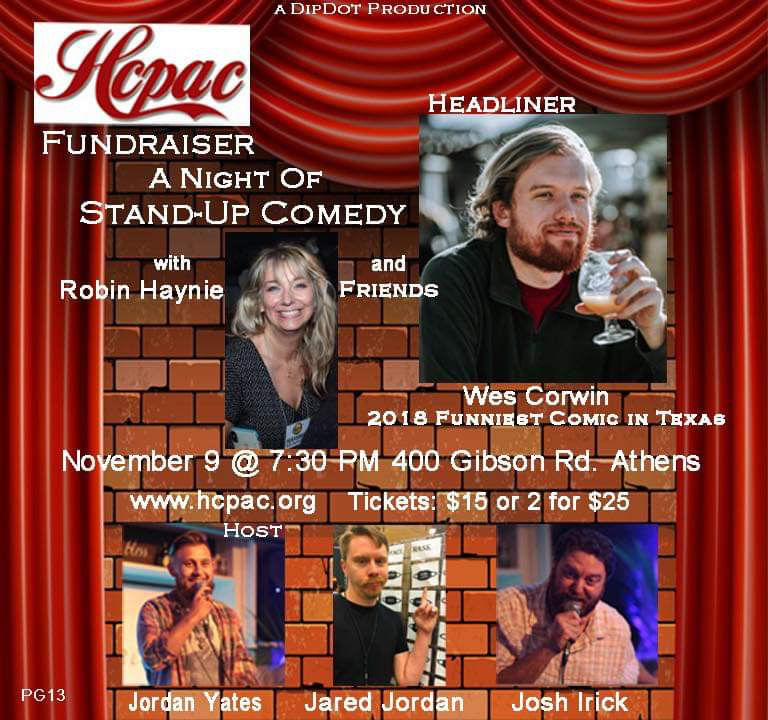 Who doesn't like to finish their day off with laughter?

Robin Haynie, in-house playwright for Henderson County Performing Arts Center, had a dream of doing stand-up comedy. She started doing shows over the past year and has gotten really good according to fellow board member John Wilson.

HCPAC is excited to share a new direction for HCPAC with their first evening of Stand-up comedy.

Haynie was a stay at home mom of five children looking for a creative outlet and some me-time.

“I wanted the opportunity to share my love for theater with my children, but also get an escape from them,” she said

Theater teaches teamwork and compassion while allowing an outlet for creative energy in a healthy environment that affirms self-worth.

When Haynie walked into HCPAC, formerly the Athens Little Theater in 1992 she felt like she found a place that fit everything she was looking for.

She did everything you could do in the theater from acting to sewing costumes.

“Over the following 26 years I acted, directed, wrote plays and produced shows,” Haynie said “I hung lights, built sets, worked tech, sewed costumes and spent countless hours rooting through the hot back rooms looking for the perfect prop. I raised my children on that stage while I built my own confidence and abilities.

She has also held titles such as Education Director, Interim Executive Director and Playwright-in-Residence, but her most beloved role has been as a volunteer.

“ In that role, I could create the experience that I needed most, while working within a community of the funniest, most innovative dreamers you would ever hope to encounter,” Haynie said.

Her life has shifted and she doesn't have as many opportunities to be as involved in the HCPAC scene, but she still considers it her theater home.

One hidden interest she held was stand-up comedy. She feels like her time spent at HCPAC coached her and taught her the valuable lessons she uses in her comedy routine.

“ All that I have learned from my time there lives in me every time I go onstage doing stand-up comedy. I love getting to write, direct, produce every bit of stand-up, then edit the work and start all over again, taking it on the road,” Haynie added.

At 7:30 p.m. on November 9, Haynie will present A Night of Comedy to the HCPAC theater. The show will include four talented comics, including Wes Corwin, 2018 Best Comic in Texas, Jordan Yates, Jared Jordan and Josh Irick.

“Please join me and my friends on November 9 for my favorite kind of homecoming, one filled with laughter.”

The event will be a fundraiser for the HCPAC and they would greatly appreciate your support.

HCPAC recently lost one of their biggest fans, William Earl Pruitt, and it would bring them great joy to see his love of theater pass along to others in the Athens community. There will also be a performance of Oliver later in the year as well. Stay tuned for all of the fun.