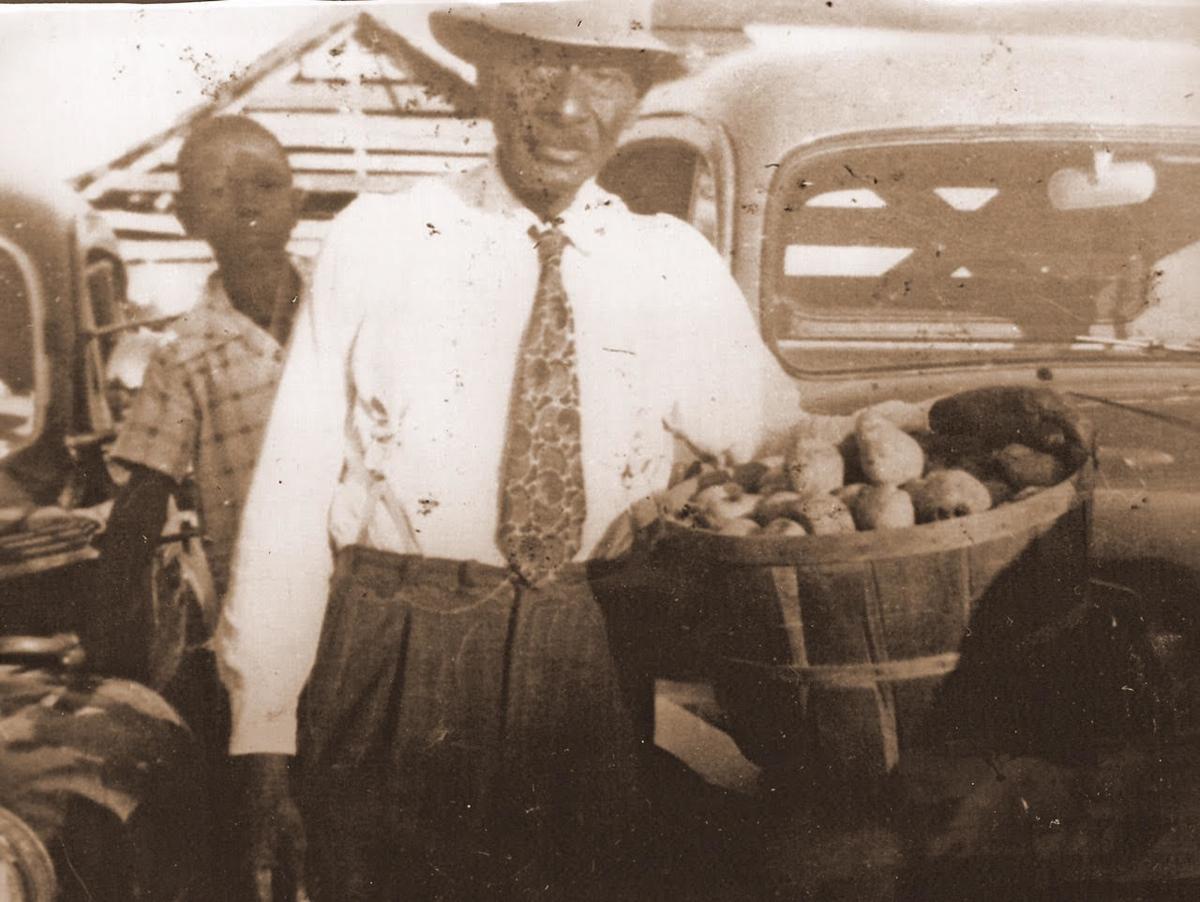 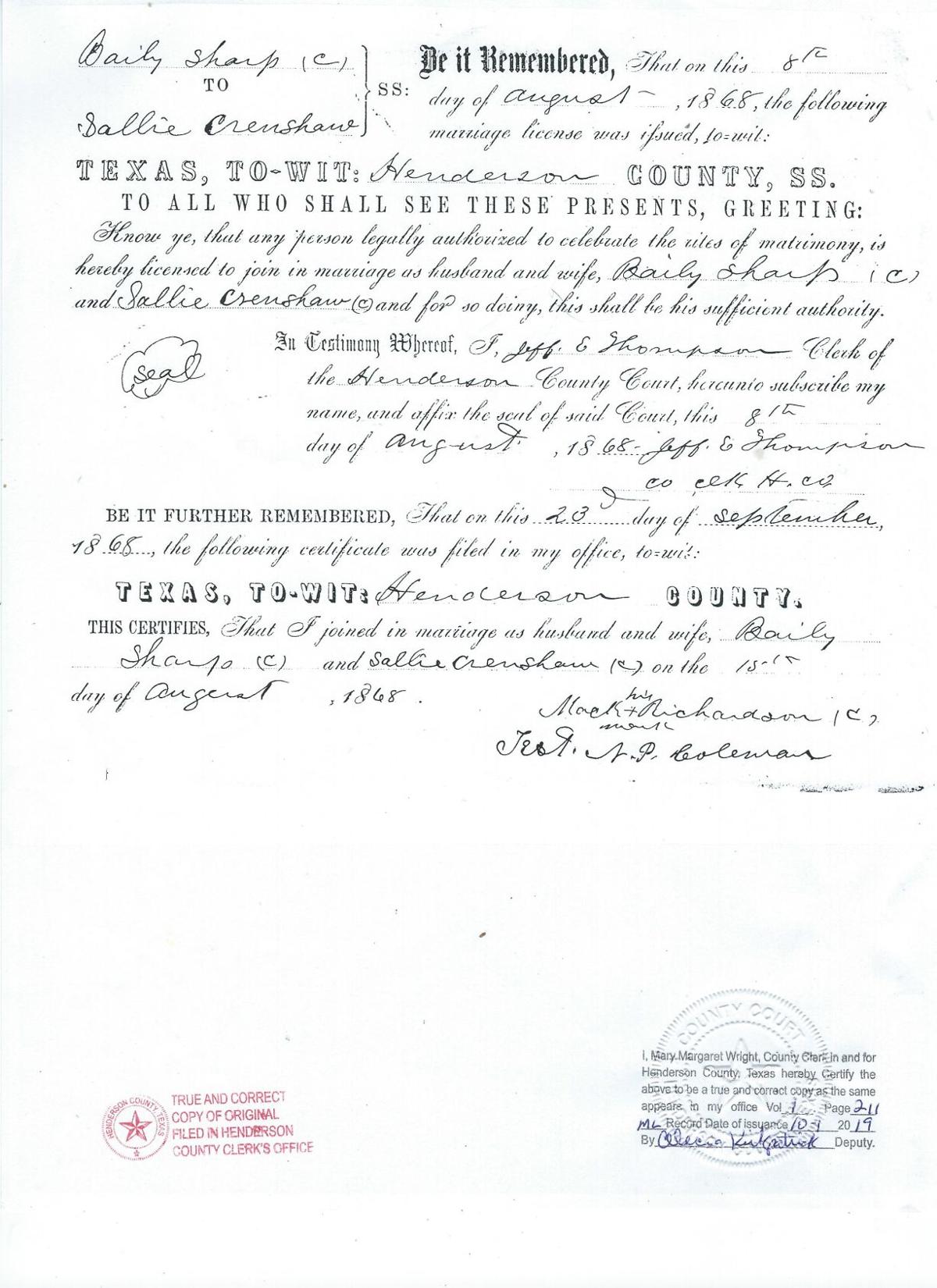 As many around the United States celebrated Juneteenth last Friday, one local family shared a personal connection to the moment in history.

Juneteenth celebrates the day in 1865 that slaves in Galveston learned of President Abraham Lincoln’s signing of the Emancipation Proclamation, freeing them.

Larry West, of Athens, is a direct descendent of freed slave, Bailey Sharp.

“My great-great grandfather came to the area at the age of 17 from Alabama as a slave,” West said. “CS Larkin was his 'owner' who upon death left his slaves to his daughter.”

The Larkins gave property to their slaves, and by the time the Emancipation Proclamation made it to Texas on Juneteenth, Larkin's daughter had given Sharp 50 acres of property in the Athens area and set him free.

Sharp then went on to buy 250 more acres around three miles east of Athens near 175 and the loop.

“He was no fool, he had a lot of common sense,” West said. “To be at a point where he could buy more property spoke volumes.”

After marrying Sally Crenshaw, the couple had 10 children. After she passed he married Jane Moton. Out of the union came Cleon Sharpe who had 12 children, including a daughter “Pinkie” Sharp, mother of Verna Dunnington, West's mother.

“The Dunnington's and Sharps were very influential in Athens,” West said. “David Sharp was a very smart man.”

He was one of the first African Americans featured in the /Athens Review/. A primary school, operated by Wade Methodist was actually on the property owned by West family.

West remembers his grandfather fondly, and some of the memories still bring the fire back to his backside.

“When I was a small boy, I would go in the chicken house and break up the eggs,” West said. “I didn't know any better. My grandpa knew I had been in there. He was going to whip me and I was so scared, I ran and hid under my grandmother's dress.”

West remembers a simpler time of his grandmother cooking bread in the kitchen of their “shotgun” style house. The homes were simple and had no insulation. You had to keep the heat going because the homes were so cold.

“We survived,” West said. “Words don't describe how strong my grandmother and mother were. They survived off of the land and it was incredible.”

West remembers a time when his mother worked at a restaurant called the Stew Pan, and she told him they had to come in through the back door. He remembers both segregation and integration.

Omega Dunnington, Verna's uncle, was the first black principal of an integrated school. He was supported by both students and faculty. The campus received several recognitions and was noted for achievements. In spite of both races parental concerns, there was no violence reported.

During these turbulent times it seems we have made substantial progress. Yet, much like digging a hole in the sand, we take two steps forward and one step back. When asked about the world and its current struggles, West suggested love and reestablishing past triumphs were the best route. West said he would like to see more black history taught in schools and mentioned many whites were also killed during the civil rights movement.

“This occurs in each generation, the accomplishments that were made yesterday, you have to reestablish them,” he said. “In essence, it is important to allow love to be in our hearts, you can make all of the law changes you want, it has to be in the heart or it won't do any good.”

It is important to remember that we gain nothing from being divided, division will be our downfall. Placing blame on the wrong people, lacking understanding, these are all things America needs to work on. Unity is where our strength will come from as a nation.

West is currently working on a Fisher School monument which was written about here: https://www.athensreview.com/news/fisher-school-monument-in-the-works/article_3a72cc14-38b2-11ea-b390-e384ddac38fb.html