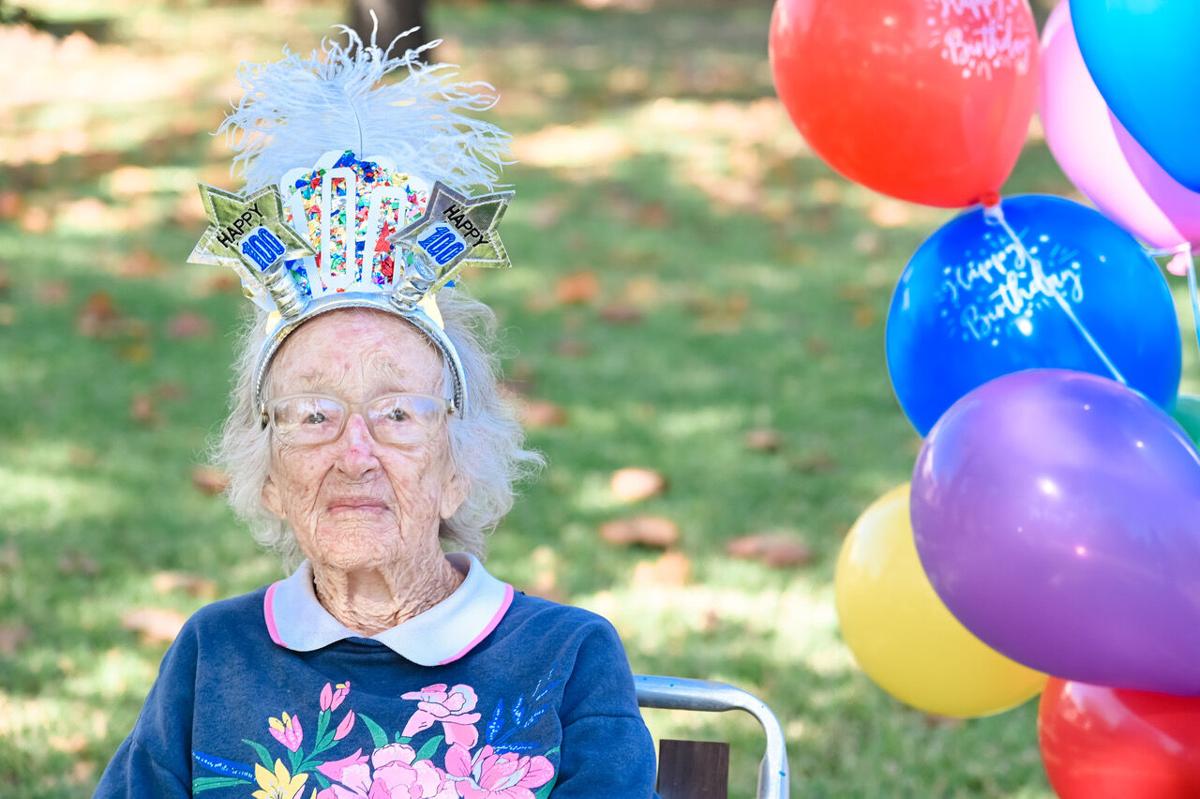 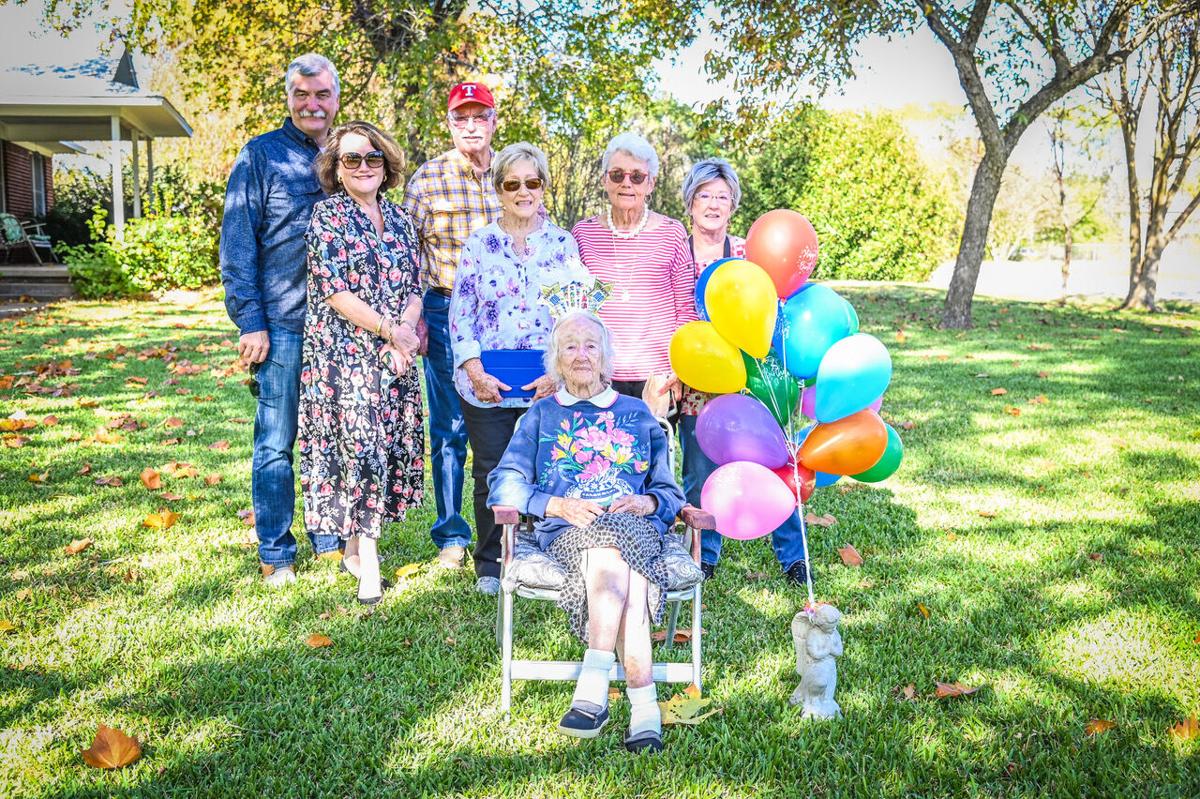 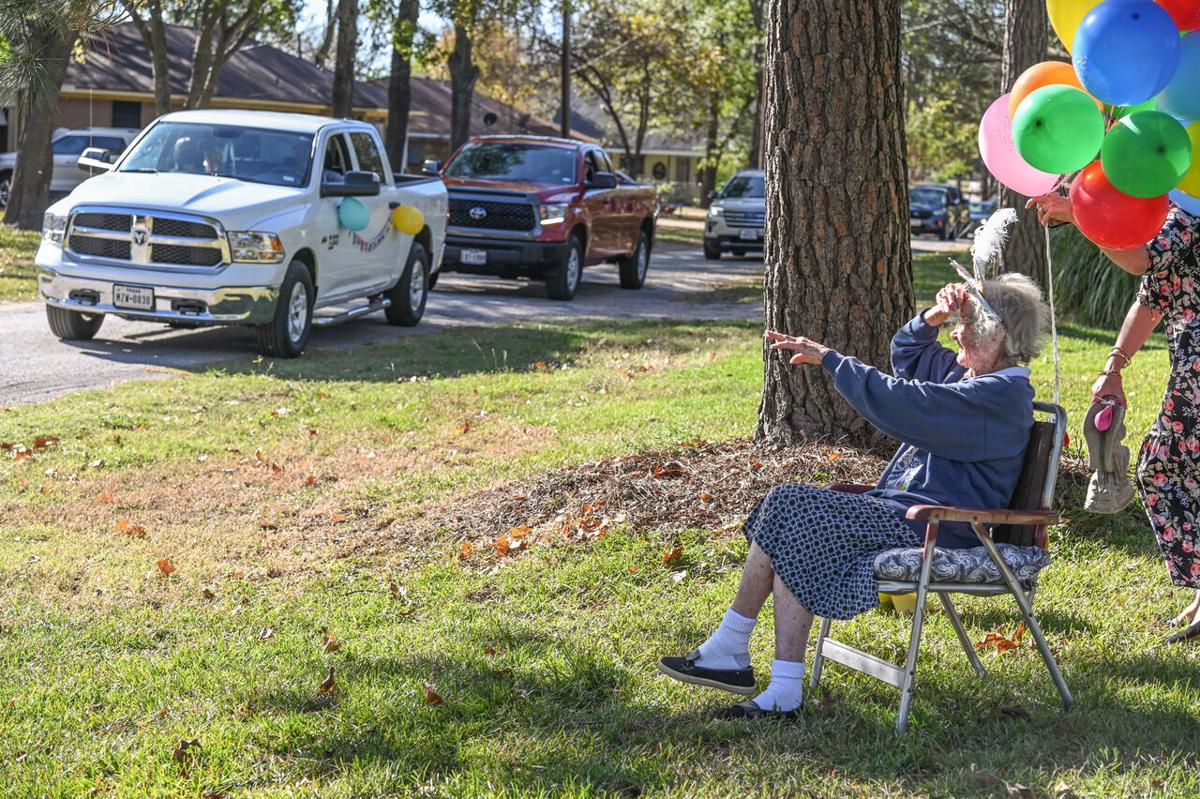 Bonnie Rainbow Seabourne celebrated her 100th birthday Thursday with a parade. Family and friends gathered to show their love and the City of Eustace gave her flowers.

Born in Wylie, she grew up and eloped with Leo Seabourne in 1936 and the couple had three children, Brenda Williams, Charles Seabourne and Jan Wheat. They later moved to east Texas and settled in Eustace. She was a stay at home mom most of the time, but also taught art lessons, sewed alterations and owned a gift shop. World War II came and Leo served while Bonnie worked making airplane parts.

“She has seen it all,” said Jan Wheat, her daughter. “She has seen just about everything that has been invented, so many presidents and shared many stories.”

Bonnie taught Sunday school at First Baptist Eustace for almost 50 years. She raised her children with these morals and values.

She enjoys time in her flower garden, raking leaves and loves working in her yard which is admired by many who pass by.