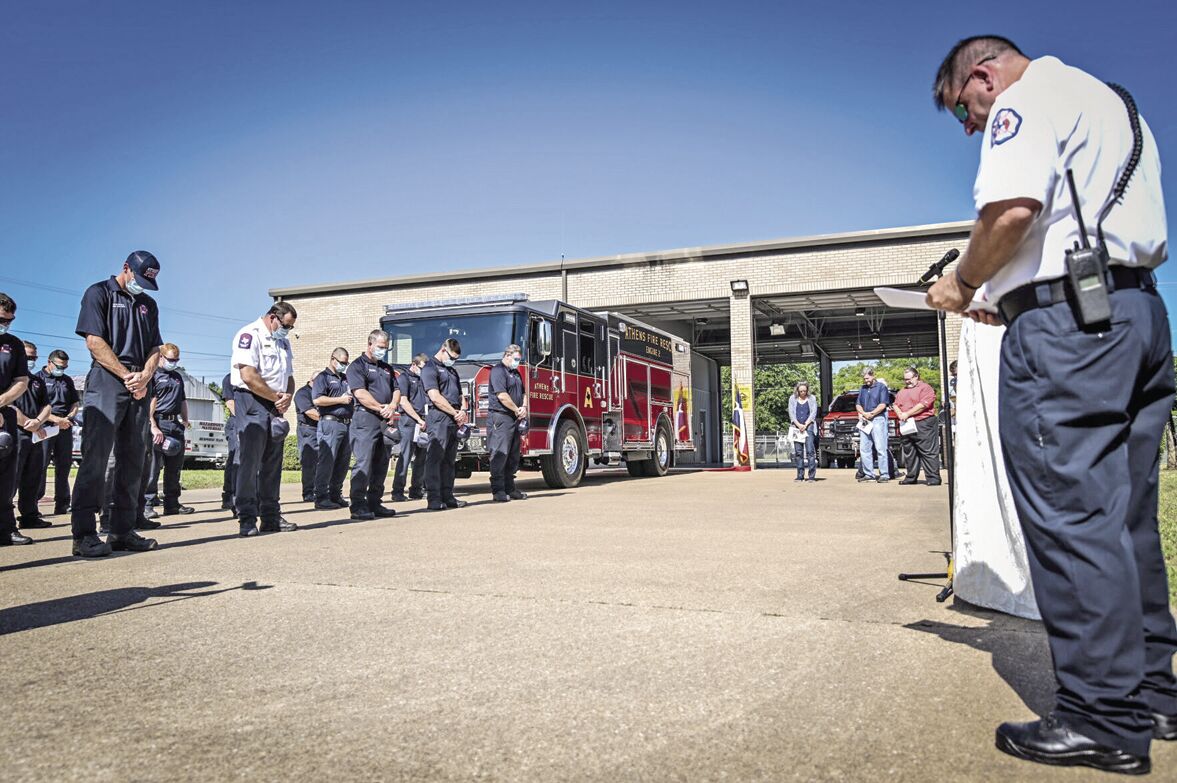 The Athens Fire Department north station placed its old Fire Engine 2 into reserve and installed its new arrival in a time honored ceremony used by fire departments for more than 200 years. 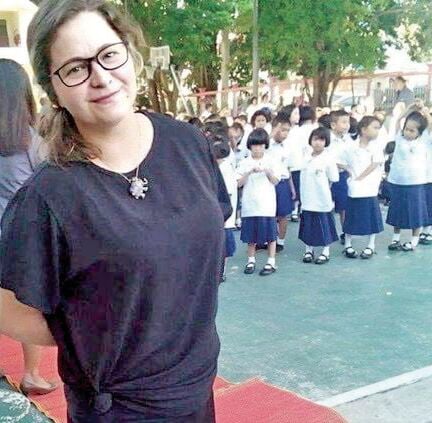 Ashley Jenkins flew to the Nanjing area in January to teach English to children in China. When news of COVID-19 broke, the woman with ties to Henderson County shared her journey to return home with the Review. 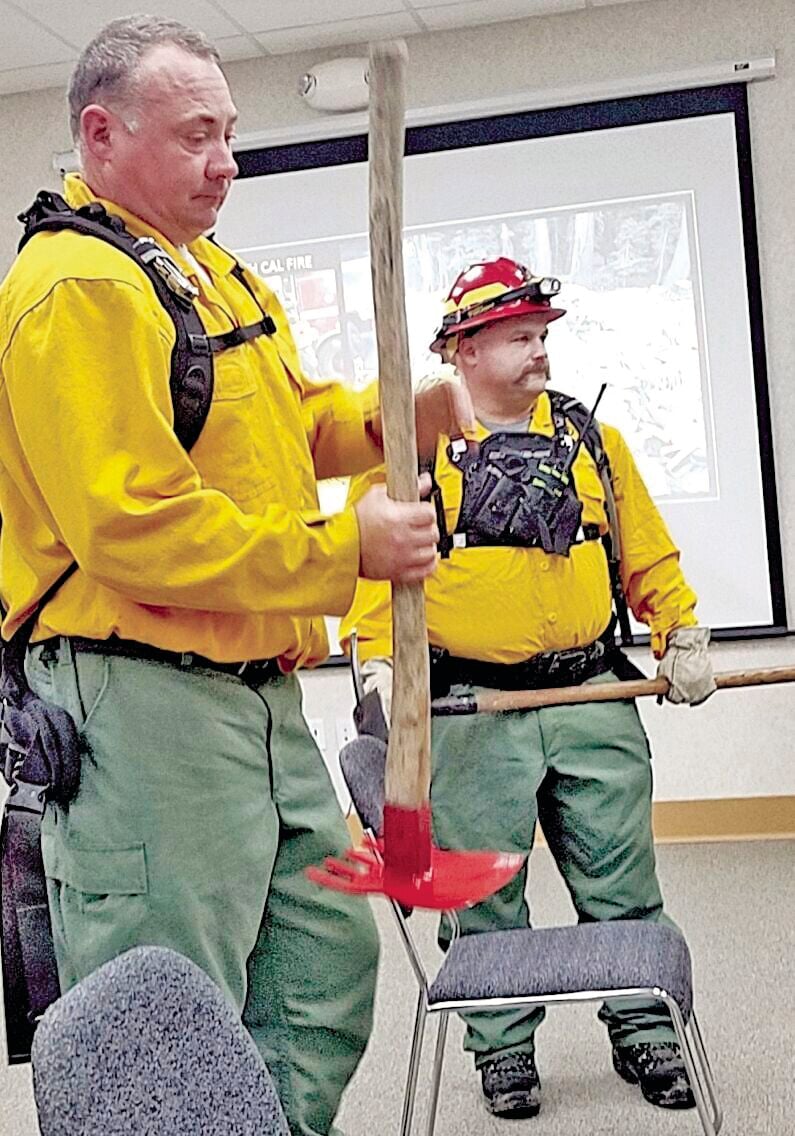 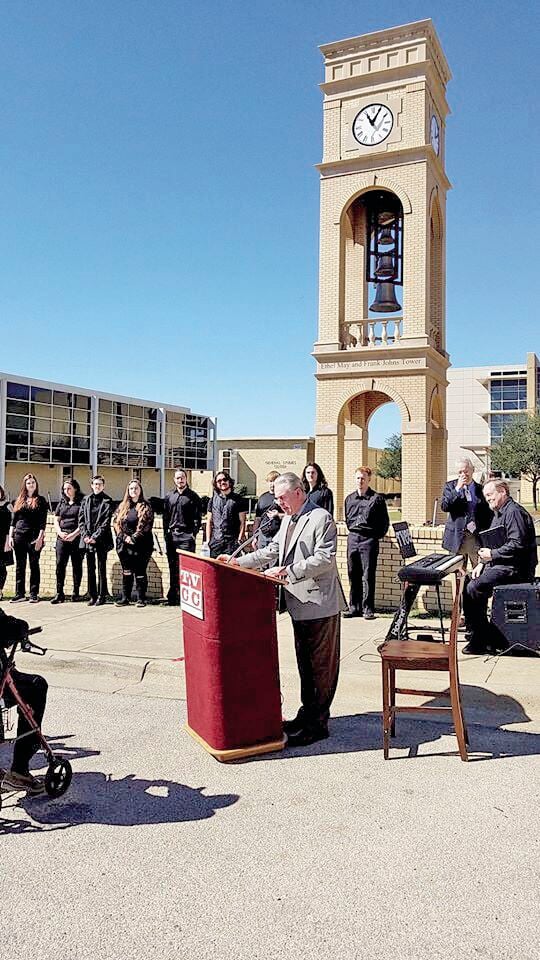 Trinity Valley Community College celebrated the dedication of the Ethel May and Frank Johns Clock Tower, erected on Bob McDonald Plaza at the Athens campus. 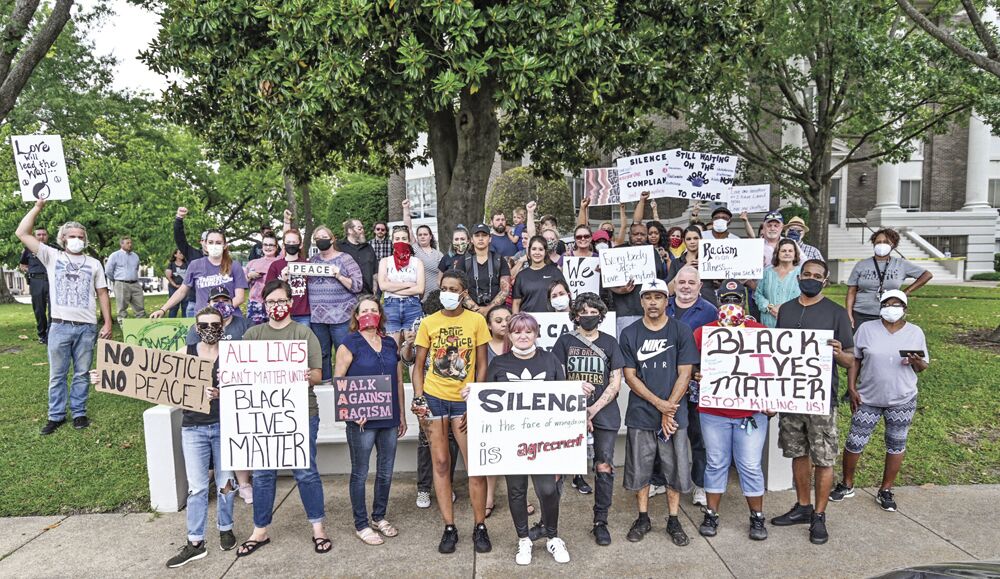 We invite you to follow along with the news of the day in 2021 through our print, website and social media outlets.

Best wishes for a happy and successful 2021 from the staff and management of the Review.

When the Review ran the February story "Jenkins makes progress on return home." the mysterious virus the world would know as COVID-19 piqued local interest. Little was known about the ailment at that time. The story of 30 year-old Ashley Jenkins and her efforts to return from an affected area of China to the perceived safety of Henderson County was the foreshadowing of reports of shut downs, hospitalizations and death rates.

By December, Trauma Service Area G, which includes Henderson County had recorded seven consecutive days of hospital occupancy due to COVID exceeding 15%, which caused a retightening of restrictions on places like bars and restaurants.

By Dec. 28, the string of days had reached 14, as the Area surpassed 19% of the patients in the hospital there due to COVID-19.

The Cain Center renovation that seemed to be a fleeting dream in late 2018, became a reality in June 2020, when talks of contracts and financing gave way to construction. On March 23, The Athens City Council approved a contract to begin work on the Cain Center

The deal with Berry and Clay Construction sets the guaranteed maximum price at $7,415,425.66 for construction of the City of Athens Civic and Aquatic Center.

The demolition phase took most of the summer, with the old pool taken out and other areas of the building made ready for construction. At year's end, the imprint of the new swimming pool was visible as contractors moved toward a summer 2001 finish.

Torrents of rain came down over large portions of Henderson County in July, with the precipitation totals topping 10 inches in some unofficial gauges, including the one at the Precinct 4 headquarters in LaRue.

The bulk of the rain was recorded on July 7, with the surging waters washing out one bridge in Precinct 4 and two in Precinct 1. Commissioners Court declared an emergency to replace the bridges which was accomplished by the end of the year.

One of Athens’ major traffic arteries is in for wholesale changes. In October, a Texas Department of Transportation official told the Athens City Council about the sweeping changes. TxDOT plans call for changing the four lanes to two through lanes and a continuous center turn lane.

Fisher showed the council a map of the wrecks that have occurred on that section of U.S. 175. Most occurred where there are crossing streets where traffic has to yield for left or right turns.

One of the most widely read stories of the year was the account of an April 11 blaze that killed a four year old girl and sent family members to the hospital for treatment.

Carlee Andrews died in the fire that broke out on a Saturday afternoon. Her father was taken to Parkland Hospital in Dallas and placed on a ventilator for a while after suffering smoke inhalation.

Athens, Southside and other Fire Departments battled the intense flames at the residence on County Road 3718, northeast of the city. The family lost all their belongings in the fire, but were aided by contributions via a GoFundMe page.

Long needed water line upgrades and a new fire truck came Athens’ way in 2020 thanks to an unprecedented allocation of grant funds for city projects. The Athens Fire Department dedicated its new $828,000 Fire Engine 2 in June. Then, on Sept. 14, work began on a $1.25 million project, replacing water lines in south Athens with funds from the Texas Water Development Board.

Mayor Monte Montgomery said one of the main factors weighed by the City Council in selecting City Manager Elizabeth Borstad was her past success in acquiring grant funds.

After more than a decade of stability at the helm of the Athens Police Department, Chief Buddy Hill retired from the position in September, prompting a comprehensive serve for a replacement.

Assistant Chief Rodney Williams took over the reins while city officials and a committee looked through more than 40 applications. The list was down to five finalists in December, with a final pick looming in January.

Athens Fire Department personnel and equipment traveled the 2,000 miles to California to aid in the battle against massive wildfires that consumed millions of acres in 2020. The first Athens group arrived on Sept. 11 as part of a multi-county contingent that made the trip as part of the Texas Intrastate Fire Mutual Aid System.

Fires in the two county area where the Athens firefighters served consumed about 380,000 acres. More than 850 structures were destroyed in the flames.

"That's about one-third the size of the state of Rhode Island," Fire Chief Russell Marshall said.

A second Athens group went to the area on Sept. 28 to relieve the first team.

In late February, Trinity Valley Community College celebrated the dedication of the Ethel May and Frank Johns Clock Tower, erected on Bob McDonald Plaza at the Athens campus.

TVCC President Jerry King said the 47-foot tall tower was a dream they'd had at the college for a long time.

At a time when daily news accounts around the country told of protesters objecting to police tactics in the wake of the death of George Floyd, a gathering in downtown Athens lived up to the term, “peaceful protest.”

Floyd died while being arrested by Minneapolis, Minnesota police.

"Athenians can come together when we need to,” said Karen Thomason and Athens resident, who organized the protest.

According to the story, people of all races, genders, backgrounds and orientations gathered peacefully to walk around the courthouse holding signs. Drivers passing by honked and waved. After the walk was finished, all protesters knelt for nine minutes representing the time frame that Floyd was held on the ground until he died.