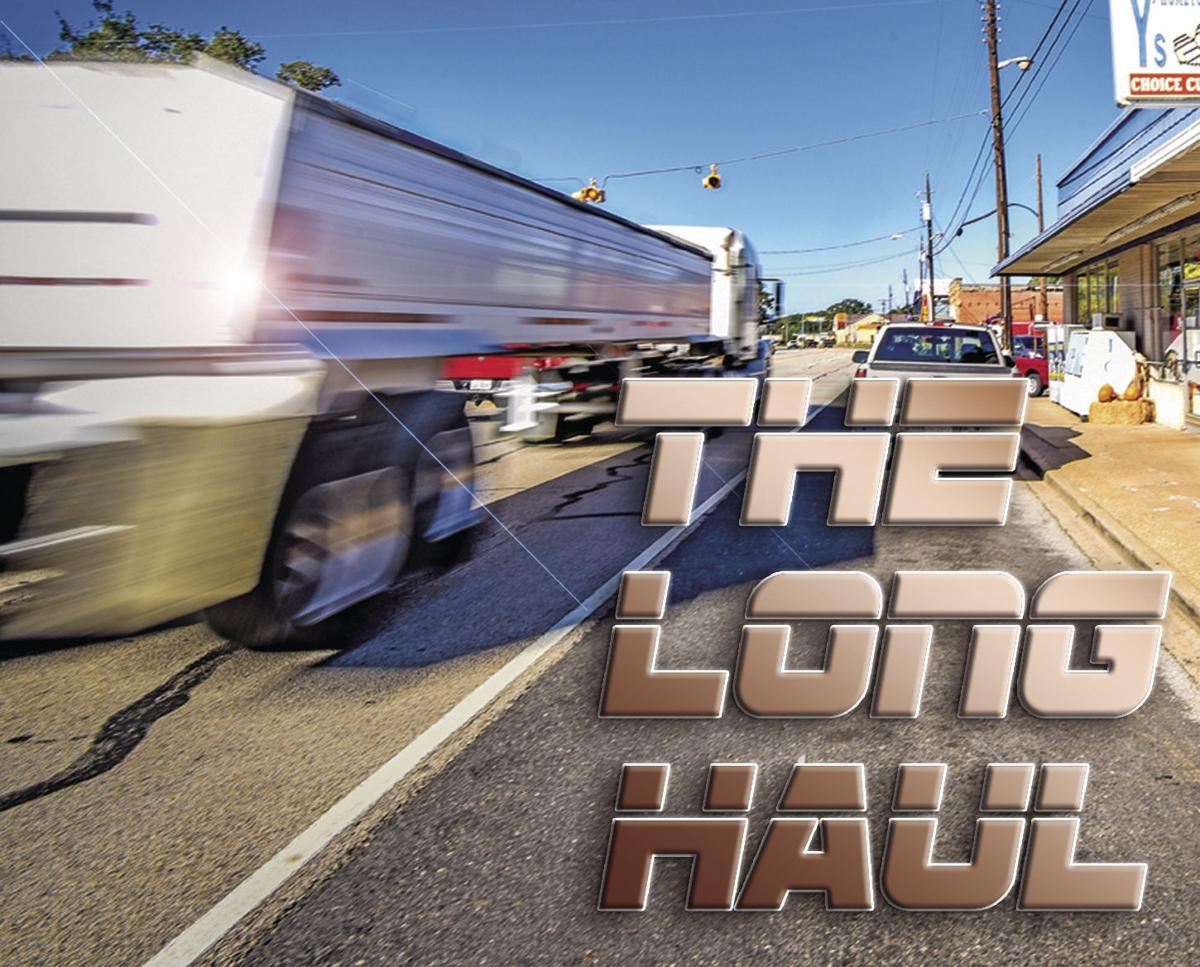 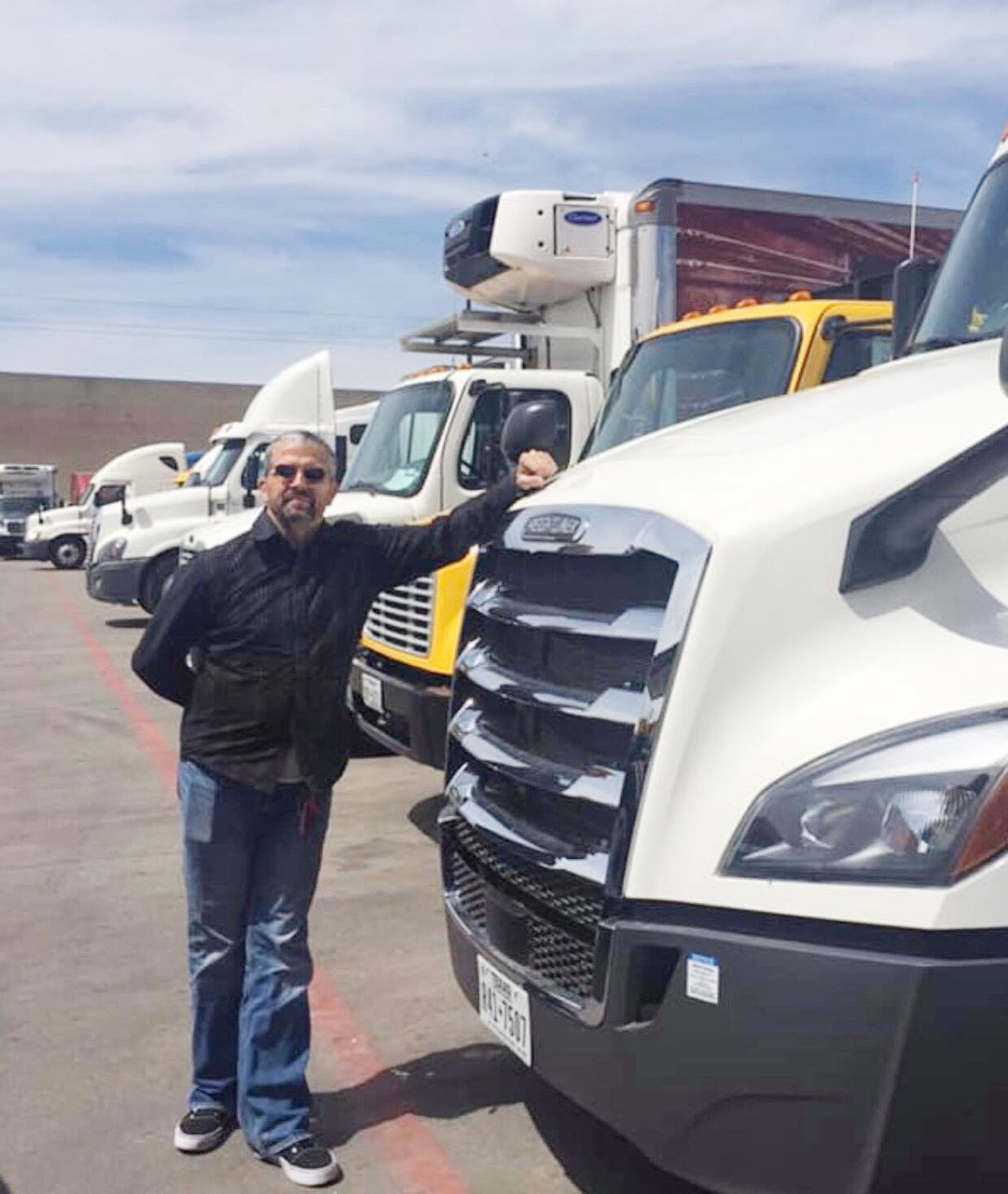 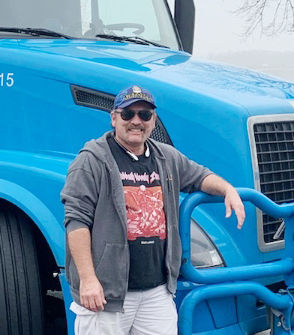 There is an eery hush that has replaced the hustle and bustle of daily life in America. As if a higher source has mandated people to stop and smell the roses and reexamine themselves and the priorities of day to day life. A return to basic living and survival where health, food and family are the focus. Nothing makes this more evident than driving through a large city and it appearing as a ghost town.

Truckers are getting a front row seat to witness unprecedented firsts in American history and other things that several generations have not witnessed before.

The men and women that are responsible for getting necessities to us are still on the move at this time.

If they stop, everything stops.

As Americans yell at grocery employees because they are out of toilet paper, truckers carrying medical supplies and food have had their restrictions relaxed in order to provide faster turnaround.

The Athens Review reached out to several truckers from Henderson and surrounding counties to find out, what are you seeing?

“There is no traffic, and that includes Chicago. There is always traffic, we rolled right through no problem.” David said.

“You see a lot more trucks on the road right now. Everybody is rushing to go to various grocery stores, supermarkets etc to keep them replenished.” he said. “People want to stock up so they don't have to go out later on.”

David recently went from Dallas to Ft. Worth.

“It took 30 minutes to get through peak rush hour traffick from Dallas to Ft. Worth which is unheard of. It looked like a ghost town,” he said.

Another thing he has noticed is the hotels are empty with very few people, even large hotels with only a few cars. With some neighboring restaurants closed including the free hotel breakfasts, what is a trucker to eat?

With the unique challenge of having to obtain parking in order to eat, the options are limited to what they brought with them from home and truck stops. The larger service stations with food courts have them closed.

Truck stops have started using the “take-a-number” system for both food orders and showering. Hand sanitizers are full and staggered throughout. When your number gets called you go up to the counter and place a to-go order or shower.

“Everyone is staying away from each other, when you go into a new place you wonder if it will be a hotspot for cases, it's something you always thing about,” he said. “From morning to afternoon things change.”

Upon returning David will be self-quarantining for a week or so just to exercise an abundance of caution for his wife.

Mark has been driving trucks for 17 years he has seen this before.

“When Katrina and Rita happened I delivered construction materials and general aid to those places the day after. It was a ghost town down there too,” he said. “It was kind of similarly eery. You are going into these communities and there is a little bit of a fear factor because you have something they need.”

“The other day I went through Austin. It is normally back to back cars and it takes about an hour to get through, I barely hit my brakes.” he said.

The reduced traffic doesn't apply at truck stops though.

Some trucks are having to park at locations relevant to their deliveries.

“The thing about truck drivers is we have always had to be a little self-reliant. You never know when you will end up somewhere where there is nowhere to go.”

MRE's, water and microwavable meals are a staple for truckers who need to avoid ending up in the middle of nowhere with no access to these things. Truck stops can be high and eating in the truck is less expensive.

When asked if he had concerns, Mark was mostly concerned about if they are shut down being far from home or at least somewhere safe.

“If they tell people to stop building, will we be shut down until people start working and getting it going again.”

Duke's Travel Plaza Canton issued a statement on social media expressing extended services, increased disinfecting above and beyond their normal high standards, and also they have extended deliveries to the elderly and local businesses. Many of the places truckers can go to even to use the restroom are not open to the public creating the issue of where do they go? One person expressed how appreciative the trucking community is of them being open.”

Please extend courtesy and thanks to the drivers as they try to adapt to these new circumstances and work overtime to get us what we need. As a community it is vital we unite and help one another instead of hoarding food and taking the last package of toilet paper from an elderly or disadvantaged person.

If you see a truck pull up to a restaurant help them order food if necessary as their trucks cannot fit in a drive-thru and lobbies are close. Until this situation is resolved eighteen wheeler, roll on.